TRAT 2010 - Not really the commando type 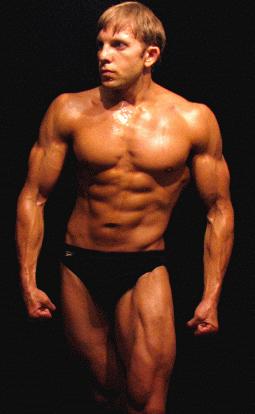 There are two elements to my winter training plan as I prepare for this summer's LEJOG: cycling a lot and going to the gym a bit.

There are three main reasons for the gym: the first is to build up a little strength and flexibility in my sedentary worker’s shoulders, hopefully to ease the pain that builds there over longer rides. Another is to strengthen my core muscles to protect my slightly dodgy back. The third is to add some power to my haunches to give me a bit more welly.

I started going to the gym just before Christmas – it’s a cheap and cheerful place that’s affiliated to a local fighting club where young men with lots of machismo learn how to beat the crap out of each other. They’re a pretty jolly bunch all things considered but there is a remarkable amount of testosterone flying around. If I was younger and more self-conscious I’d find it intimidating but I’ve adopted a benign, avuncular air, smiling and chatting to anyone who’ll engage with me as I sweat and grunt with my relatively tiny weights and it seems to have done the trick. I think they like having someone to show off to.

Today’s session went reasonably well. I’ve got beyond the point where every visit was followed by two days of agony as my slowly reawakening muscles complained bitterly about the unusual demands I was making of them. I just have normal aches now and I’ve reached the point where I can very nearly perform the programme given to me when I first signed up – which at the time was about as realistic as me winning this year’s Tour de France.

I was half way through my workout when it hit me: I’d forgotten to pack a fresh pair of pants for the journey home. My choices were clear: wear the sweaty ones home after my shower and change when I got in, go home in my sweaty gear and shower once I got back, or go commando.

I’m not really the commando type if I’m honest – it’s always seemed a bit unnecessary to me. When I swim in the sea I sometimes don’t bother with pants for the journey home, but that’s because it’s so undignified climbing into a pair when you’re on a pebbly beach with wet feet – and anyway that’s the summer. Everything’s different in the summer.

But the other two options didn’t appeal either. It was freezing outside and I had a 15-minute walk home, which I really didn’t fancy when wearing sweat-drenched pants. So I reluctantly concluded that the best option was to go commando – at which point I suddenly felt very self-conscious about changing in front of all those muscular young bloods with their immaculate Calvins (when do men stop caring about their pants? Is it related to parenthood I wonder). My heart sank when I went into the changing room and saw that it was heaving with hard-looking 20-somethings.

I was in the shower mulling this over when I realised it had gone quiet in the background. Poking my head around the corner I realised I’d happened upon a rare moment of changing room privacy. If I was quick, I might just get away with it. Skipping semi-hysterically from the shower I dried myself quickly and reached for my jeans. There was a moment of blind panic as I heard the changing room door open when I still had one leg in and one out. I hopped frantically and aimed my naked leg at the twisted jeans. Miraculously, it went into the right hole and I was able to jump and yank just as three blokes walked in. I’d made it! As nonchalantly as my frenzied beating heart would allow, I finished getting changed and walked calmly home.

This will not happen again.