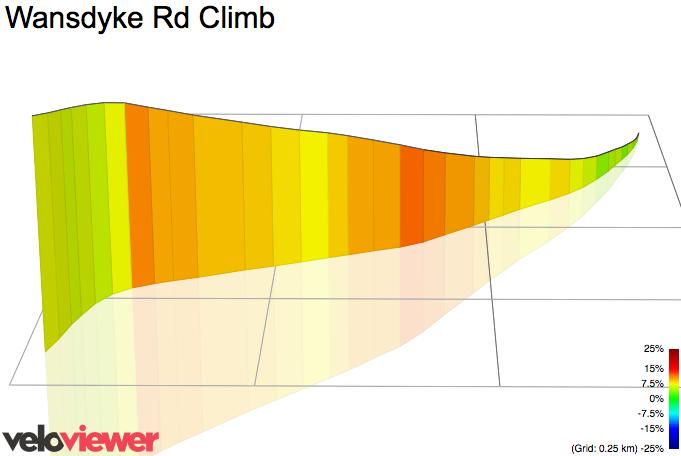 Am I lighter? Yes. Am I quicker? It would seem so

So. The training continues. "How will you know if it's working", people ask me. Up to now, I'm not sure I knew.

There's a target in mind: race Cat 4 up at Odd Down next year, and not get dropped. That's my lowly, primary, goal. But there's no specific plan, other than follow the specific plan that Dave Smith has set out for me. Do the diet, and the exercises, and the bike time. Hit the intervals. Lose the weight.

So far, so good. I weighed in at 98.3kg before I left for Italy, down 5kg from where I started a month ago. Italy was a break week from specific sessions but a big week in terms of distance covered. It felt good to get a bunch of miles in the legs, six days in a row averaging over 100km a day, with some quick rides and some big climbs in the mix. The Hotel Belvedere has a legendary buffet but I managed to stick to the plan, pretty much, some desserts and emergency mars bars excepted. When I weighed in on Monday morning the scales said 99kg. Relative to every other time I've been away on holiday ever, that's an unmitigated triumph.

Sunday was travelling, and I had Monday off the bike, so today was my first riding day since coming back. I looped in to the office the longish way but riding back home is usually the same every day: boot it back up the hill via the shortest route. The last bit is a reference segment on Strava for me. The segment is called Wansdyke Road, but the road is actually Bloomfield Road. It's 1.2km at an average of 8%, with a cheeky 13% corner half way. I can roll up it in six or seven minutes. Five and a half is a decent time. I've gone under five minutes twice, once on a quick bike and once following a quick wheel, and both times giving it death.

I wasn't on a race bike today – the Tripster ATR is no slouch, mind – and I wasn't with anyone quick, but I thought I'd give it a go. Not a tasting-blood-and-coughing-till-bedtime go, but a much-quicker-than-comfortable go. It was going pretty well, I thought, until I realised there were temporary lights near the top, and they weren't going to be kind to me. I relaxed a gear and span to try and get through without stopping, which I managed, just. I put the hammer back down for the top section, but it was a segment spoiled. I did the maths in my head. Maybe 15 seconds lost to slowing and speeding back up again. 5'15" would be a decent time then, with the interruption. And the pannier I was towing. And the fact it wasn't proper full gas.

But I did it in 4'41". Ten seconds faster than ever before. And I know I'm now capable of a time 20 seconds under that.

So how will I know if it's working?

Trust me. It's working.