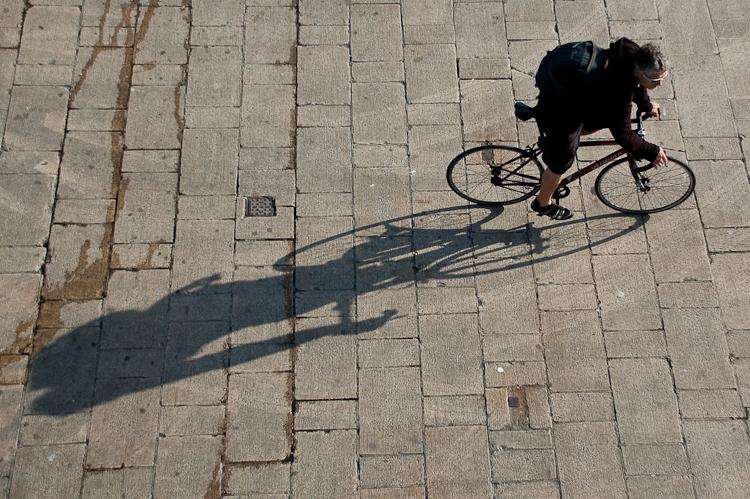 I was so flushed with joy about putting that pesky cold behind me last week that I skipped to the gym on Monday and heaved and hoed (?) with a little too much gay abandon. I think it was the asymmetrical deep squats with a kettle ball that did for me because I felt a slight twinge in my lower back mid-squat and sure enough the following morning I woke up with some very dodgy lumbar pain.

I’ve got quite a history of lower back issues, more’s the pity. Since the age of about 19 I’ve had some epic backaches – the worst of which produce spasms that reduce me to little more than a gibbering wreck for days at a time and can take a couple of weeks to disappear. Cycling’s one of the few forms of exercise I’ve tried that never seems to aggravate it. My efforts to sort the problem out have led to flirtations with Pilates (quite effective but a bit dull), swimming (actually made it worse, to my surprise), osteopathy (sometimes good, never brilliant), chiropractic (ultimately ineffectual), and yoga (injured myself every single time I’ve tried it – I won’t be trying again).

Eventually I realised I just need to manage it as best I can, keep reasonably fit and not expect a miracle cure. And for quite a while now it’s been behaving pretty well. I don’t think I could have contemplated a LEJOG ride a few years back – in fact I’d started to think I couldn’t even think about doing anything physically challenging because of it. It was becoming a mild disability for me I suppose. So you can imagine how chuffed I’ve been that things seem to be improving.

You can probably also imagine how narked I was to inflict some unnecessary pain on it by being overly enthusiastic in the gym on Monday. There followed a couple of tense days as I waited to see how bad it was going to get. Tuesday was bad, Wednesday was slightly less bad, and by Thursday it was clear I was going to get away with it.

But by this time I’d been away from the bike for nearly two weeks, which feels like a luxury I can’t afford at the moment. So I planned a 70-miler for today, which I was determined to do whatever the weather. And of course it rained. It was quite windy too. Not to mention a bit on the chilly side. The combination of the weather and my time away from the bike made for a very tough ride. By the time I’d finished I was semi-delirious, bloody freezing and nearly cramping every five minutes.

But hey! I got there in the end! And the back’s fine. So I’m back on track, which is a big relief.

By the way, sorry about the complete irrelevance of the photo accompanying this post. I had nothing appropriate and didn’t want to go photoless so this is a random cycling-related shot I took on Brighton seafront last year.