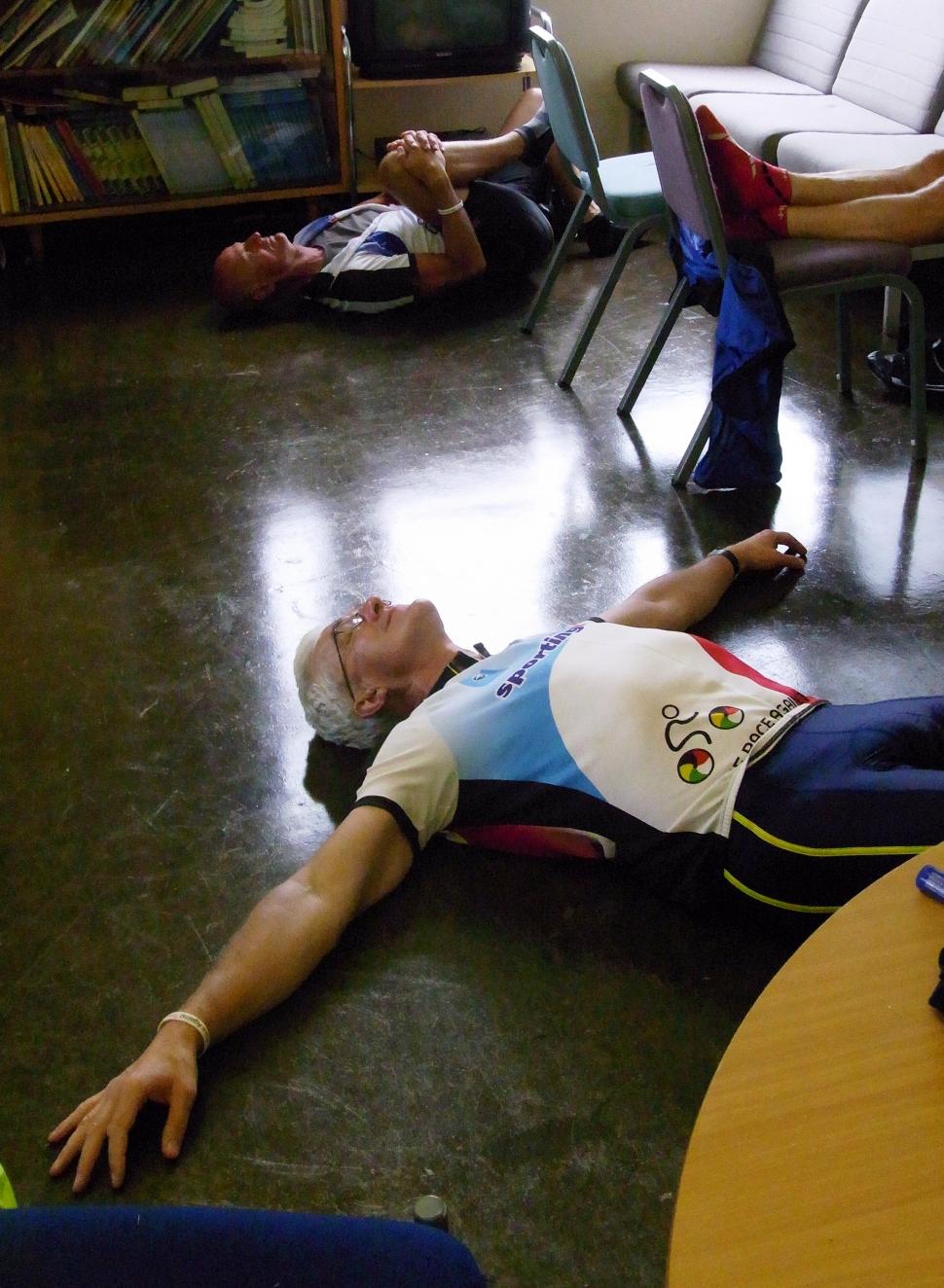 Day three of The Race Against Time took us from Telford to Kendall – that’s 136 miles with a relatively modest 3,000 feet or so of climbing that we covered at an average of around 15.5mph. That brings our total mileage to something like 445, which means we're more than halfway there.

As ever, the stats only tell a fraction of the story. Our average speed was hit by the amount of urban riding on today’s route in and around Wigan, Preston, Warrington and Kendal – including the inevitable fall-outs with half-witted motorists and near-misses with large lorries. And none of the numbers says anything about the growing discomfort we’re all having to cope with. Some riders have bad backs, some have numb hands, one has numb hands and a malfunctioning foot. But all of us have one ailment in common: sore backsides.

There’s something deeply depressing about climbing on a bike at 6.30 in the morning and easing your butt onto the saddle only to feel a stab of excruciating pain shoot through your entire undercarriage. The certain knowledge that similar pains are going to assault you every time your arse gets anywhere near that saddle for the ten hours you’ll be on your bike that day – and the five days that follow – doesn’t make things any easier.

I don’t have any doubts that I’m fit enough to finish this ride – my legs are reasonably fresh and I’m recovering quickly after the big climbs. The only thing that I can imagine stopping me – other than some awful accident and I don’t even want to think about that – is that sore backside of mine. There are times when it feels so ridiculously sore that all I can do is break into a chorus of Moon River at the top of my voice until the wave of pain recedes.

But enough of my fundament issues. I didn’t have time to acknowledge our amazing support team yesterday and it simply won’t do to let another day pass without doing so. A ride like this can be a really miserable physical experience, but the real misery would be to have to handle all the logistics ourselves – to organise accommodation, define and monitor the route, repair bikes, carry bags, drive vans, wash kit, buy, carry, store and cook the mountains of food we get through, and the million and one other things that go on around us every day. And that doesn’t even touch on the massive amount of work that goes into planning the ride and coordinating the riders before it all kicks off.

Ashleigh Thompson, Allan Flowers, Don Cook, Sarah Condry, Ray Bissill, Cath Ross and Sarah McDowell: we riders salute you. Without your patience, good humour (I use the word humour advisedly, for anyone who’s ever heard Allan’s jokes), awesome organisational skills, creative cookery, bike fettling abilities, navigational prowess (apart from in the middle of Exeter) and general all-round good eggedness, we simply couldn’t be doing this. We would just be nine middle-aged blokes lost on our bikes somewhere in the West Country. You’ve enabled one of the greatest adventures of my life and I know the other riders feel exactly the same. On behalf of all of us, a heartfelt and affectionate thank you.

Right, tomorrow we hit the proper hills. Time to get some rest I think…