Things found in the road

It’s well over a week since Gavin and I gave up on the Transcontinental and while there will always be the gristle chewing disappointment that we didn’t finish or even ride further than we did I have come to terms with what happened. I had actually made my peace with our situation and found what I might have been looking for well over a day before we would scratch from the race. It was as I crested a hill into a Slovakian dawn after a pecking murdering crowblack dark night of the soul that was the crescendo of a few increasingly muttering frustrating days.

We only managed just over half of the Transcontinental distance and my body is still suffering the after-effects, god knows how those that completed the race are feeling. The tips of my fingers still tingle with Cyclist’s Palsy making undoing jars and holding basic things still tricky at times and there’s a dull ache in my Achilles tendon to remind me of the searing knife pain that was once there. For a day both my calves were like broom-handles and stairs were hard while the tops of my feet are strangely itchy like mosquito bites, a ghost of the BOA cables stretched taut across them for nearly two weeks. I feel generally fine but both tiredness and hunger hit suddenly and at the oddest times, and my sleep pattern still hasn’t returned to any kind of normal. I look at petrol stations fondly. Crunchy vegetables are still nice, I’m not quite able to face pork-based foodstuffs just yet.

There is a helter-skelter comedown to deal with and a tumbling treacly under-tow of not being able to cope with normality, not that this was ever easy beforehand, and I almost had a tearful meltdown in Tescos the other day, but it matters less now.

All of these feelings have taken over in occupying my mind from the omnipresent pre-Transcontinental oppression of needing to be on a bike, which it now feels odd not to be astride. There is a slight twitch of leg but the gentle waves of tiredness whisper over them to calm them down. I actually still want to ride my bike, I rode a bike the day I got home and it was absolutely fine if a little weary. I have not been put off cycling like the stories I have heard from other long-distance riders, but then I didn’t ride for that long.

Not finishing the Transcontinental is a sorrowful regret, a deep and long lasting one, and due to circumstances beyond mine and Gavin’s control it was a race that never really hit its stride and the fact that we never got close to touching its potential will always grate against keen muscles and bones. It could be seen as a waste of a year of training, planning, money and being hungry, and the brown envelopes of debt waiting for me when I got home was a crash landing into reality and yet another mountain to climb. But all this matters less now.

What has mattered has been the endless kindness of people. From the companies and individuals that gave us free kit to make sure we could undertake this adventure, those that gave up their time to sort out special equipment, pick up the food tab, take us to the start or feed the cat, to those we met on the road that didn’t have to show kindness and generosity but did. The people that refilled our bidons, the offers of places to stay for the night, the dot-watcher we met in the last miles of Austria, and then another one not much later in Bratislava. In a world where it’s easy to get beaten down by constant negative news it’s reassuring to know that you just need to step outside to be warmed by completely the opposite sentiment in the smallest of ways. Happiness writes in white, people are mostly benevolent. We weren’t the only people to have benefited from this trait, every Transcontinental rider will have a tale or more to tell of a random act of generosity, the shared heart of the traveler, the handed bottle of water, the paid for meal, the mended bike for free, the invite into a home…

Layer onto this the affection and warmth of social media. And do it thickly and then lick the bowl. A completely unexpected outcome of our adventure was that Gavin and I became an inspiration to people as we shared our exploits via instagram and twitter. Unable to rely on the usual broadcast media of cycle racing (it’s kinda hard to follow 300 racers spread liberally across a continent) the Transcontinental relies on the varieties of social media to voice the multitude of stories. Ours was of a couple of chumps muddling across Europe. People left messages of encouragement and support that made us laugh, words that picked us up when we were grinding through some low points and then made us cry emabarrasingly in McDonalds. We were tired, ok? Maybe it was exactly because we were a couple of chumps muddling across Europe that people could identify with us, we are not supreme athletes but normal people trying hard. A lot of Transcontinental riders would have gained comfort from on-line support and from the glowing side of the screen in a dark bus shelter I can say that it helps a lot. It makes you feel a little less alone. As a result of our exploits people have been inspired to go for longer rides than they might usually, plan a bivvy, push their boundaries. And that’ll do. It feels a little awkward to receive these plaudits having not finished but it has been greatly humbling. Thank you. This has mattered.

Several times whilst preparing upon this adventure I have revisited the question pondered by a friend a while back that was going to do some similar kind of long distance bike riding idiocy; "Are you riding away from something, or running towards it?" It been a nagging ponder that has bouncy castled my head at frequent intervals over the past year or so, with different answers each time, because I was never really sure why I felt the call to ride this ridiculous race as it is so far beyond anything I have done before, and it did err towards the “running away” as the event drew closer and stress increased. The answer came to me when I wasn’t even looking for it, after that interminable dark acrimonious night that was fuelled mainly by anger, hatred and a limp petrol station ham-and-cheese baguette. 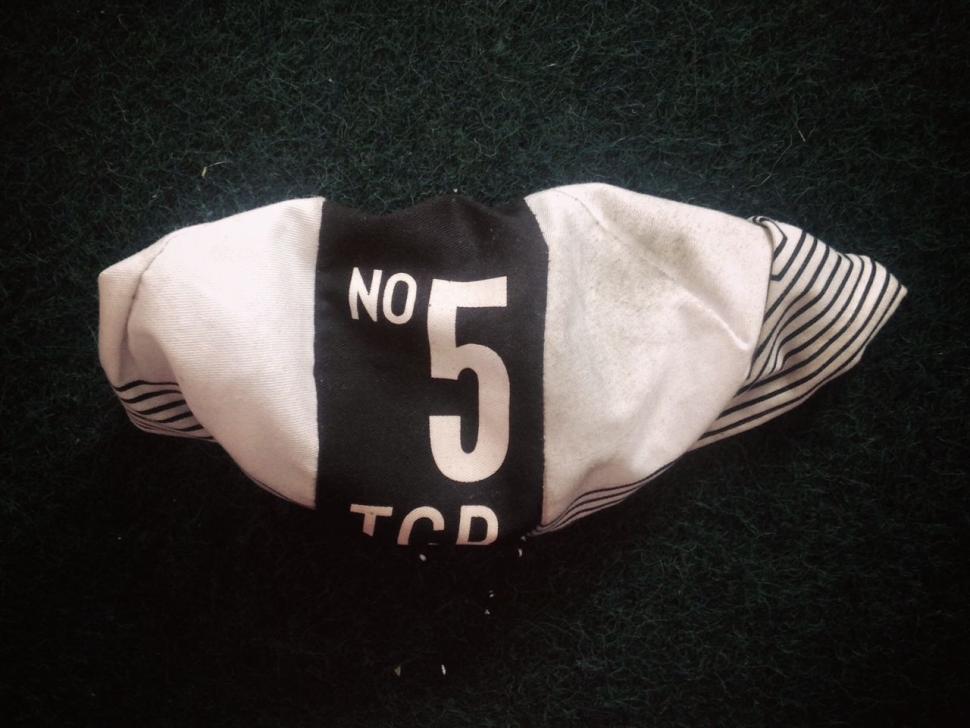 As the sun rises over the vast rolling fields (there’s probably a metaphor here) of Slovakia I realise that I am neither riding away from anything nor running towards something. There is instead the slowly unfolding awareness that what I have done is ride into myself. I am happy here. The constant movement, the countries rolling under wheels, the self-sufficient bubble, the riding through a day and out the other side, away from a sun and then back into it, the dropping into other people's lives and maybe making a brief connection before moving on. I love it here, wherever here might happen to be.

All the long-distance cyclists I have had the pleasure of meeting in the run up to this event have had a certain deep calm to them that I found beguiling, a world away from the chest beating bravado that can infect cycling, and I sort of get it now. Not that I would dare place myself in their ranks just yet as an only halfway non-finisher of a single race, but I have an inkling of where this composed yet focused manner may come from. And whether these events are nature or nurture to this sort of character is something I want to explore, although I have my ideas.

I can put aside the unfinished nature of the Transcontinental because it has had an unforeseen and yet welcome outcome. The ride has made me a much more confident person in a quiet, deep seated and solidly centred way. I won’t be raising my bike above my head and shouting about it any time soon though. You won’t be seeing me smashing it on Strava. Before the start I was genuinely scared about the magnitude of the race, admittedly it was made easier as I had Gavin as a helper and a buffer and as such this has been a very useful soft introduction to the steep learning curve of ultra-distance cycling. Thank you Gav. I have learnt much in this dipping of a toe in the unrelenting waters of this thing and a hell lot more about myself, I know I can do better. I want to do more and there are other events and just made-up rides dancing along the desire lines in the head, and then the TCR next year.

I was expecting to have to refer to this often during the race through the bleak hours and when wallowing in the stagnant trenches of self-doubt but I never did. Because I think I can. I know I can. This ride has made me. I need to stop paying attention to the voices that pin me to the back of the sofa or listening those that crush me against the wall of that social gathering and force me into the corner. I just need to be that boy pedaling with confidence and ease into another day, sotto singing songs by The Sundays to himself and step calmly and confidently forwards.

“Imagine my eyes when I first saw

We can do what we want.

How could I know?

How could I know about it?”

All of these things have made not completing the Transcontinental matter less.

For Mike, for Dad, for Jenn.