About six months ago I showed you my very own personal bike, a Fairlight Cycles Secan, and I thought it would be a good time to give you an update on it.

I came to be an owner of the Secan frameset after reviewing the British company’s latest model and liked it so much, that I had to part with some hard-earned cash to claim my own. It was a happy day that the Secan joined my fleet and I’ve not been disappointed with my choice.

It delivers everything I want from this style of bike. With chunky tyres I’m able to explore the networks of off-road trails in the countryside where I live and knit all the bridleways and byways together with quiet country lanes. It’s comfortable. It’s fast. It’s a joy to ride, it puts a smile on my face every time I ride it. 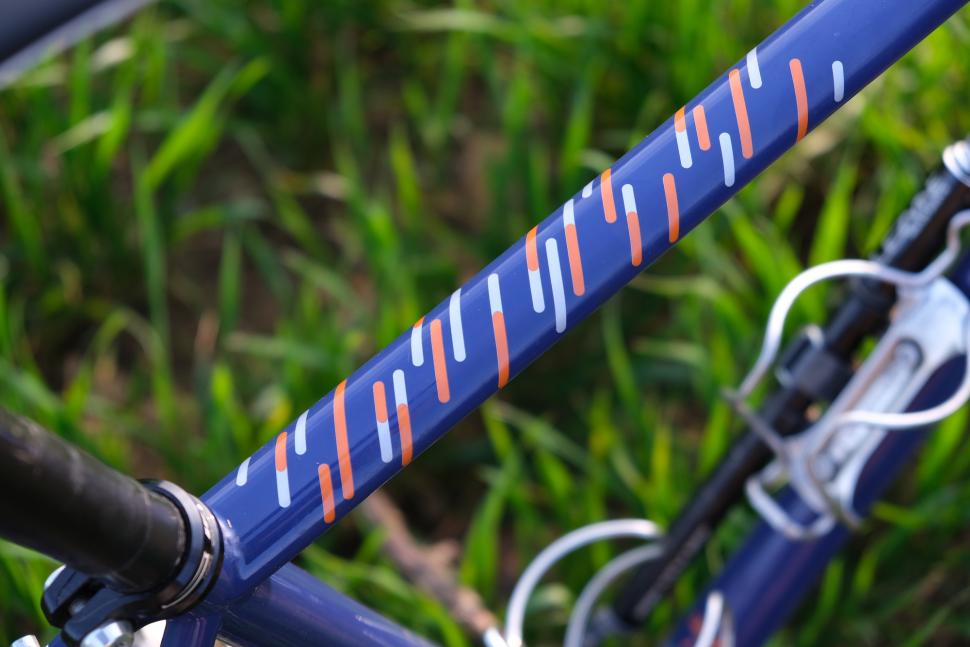 In that original video, which if you missed it you can watch here, I talk through my reasons for buying the frameset and some of the component choices I used to build it up with. Since then, the bike has been through quite a few changes as it has been ideal for testing a wide range of new gravel and adventure products, particularly wheels and tyres. 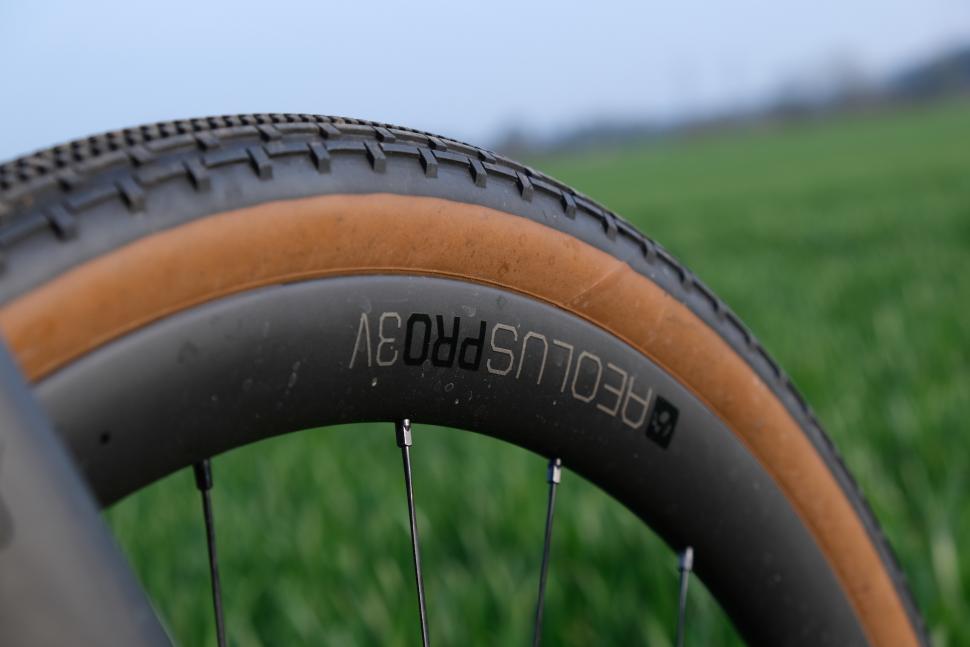 Some new parts have just gone on this week worth talking about. I’ve got Bontrager’s brand new Aeolus Pro 3V carbon gravel wheelset. These are based on the road wheels of the same name with a full carbon tubeless-ready cincher rim, but are a whopping 25mm wide internally, compared to just 19.5mm for the road versions. 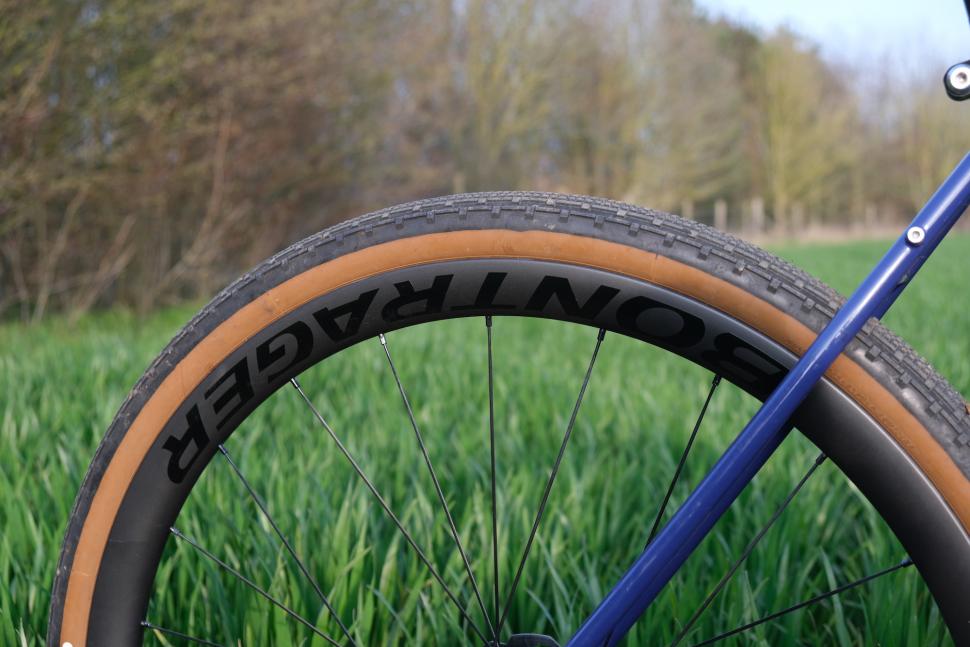 The rims are laced to new Rapid Drive 108 hubs, the freehub having 108 points of engagement, hence the name. they cost £1,200 and are covered by the Bontrager Carbon Care Wheel Loyalty Program, a programme where if you damage the wheel in the first year of its life, Bontrager will repair or replace it for free, amongst other benefits.

I’ve decided to fit Panaracer’s Gravel King SK tyres. It’s not a new tyre but one of my faves, I used them for Dirty Reiver one year, and because I reckon the sidewalls go well with the frame. 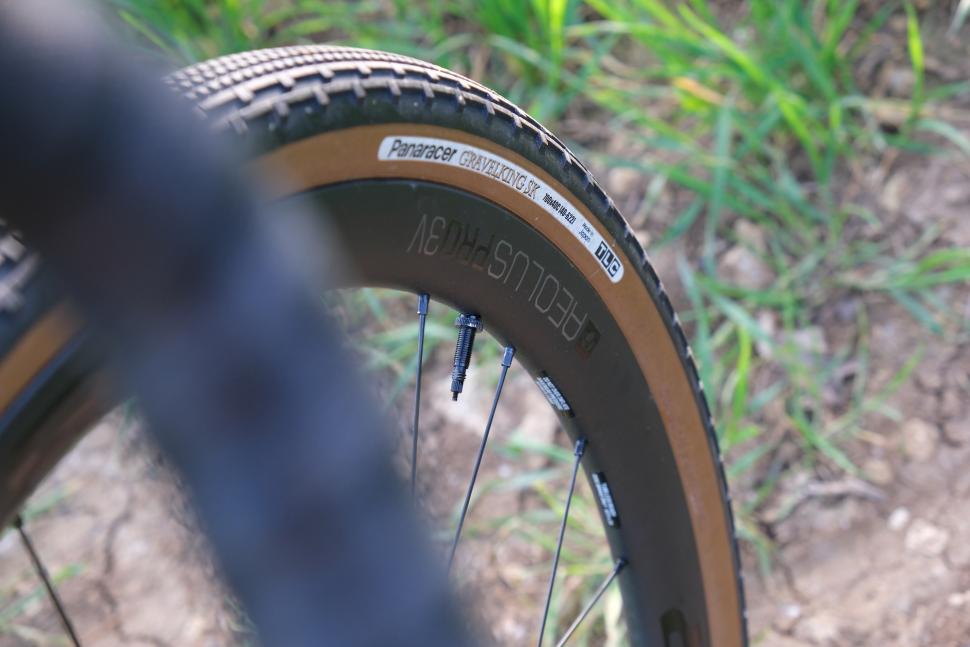 Setting up the tyres tubeless on the rims was a doddle, the trickiest part was fitting the plastic rim strip that comes supplied with the Bontrager wheels. So far no air has leaked so all good on that front.

Sticking with the carbon theme, I’ve swapped the Bontrager carbon road bar for Enve’s new carbon gravel bar which I’m currently testing. It’s an all-new handlebar from the US company, they cost £340 and are made by hand from carbon fibre and weigh very little - on my scales they are just 246g! But more than just being light, they have a flared drop, all very trendy with gravel bikes. 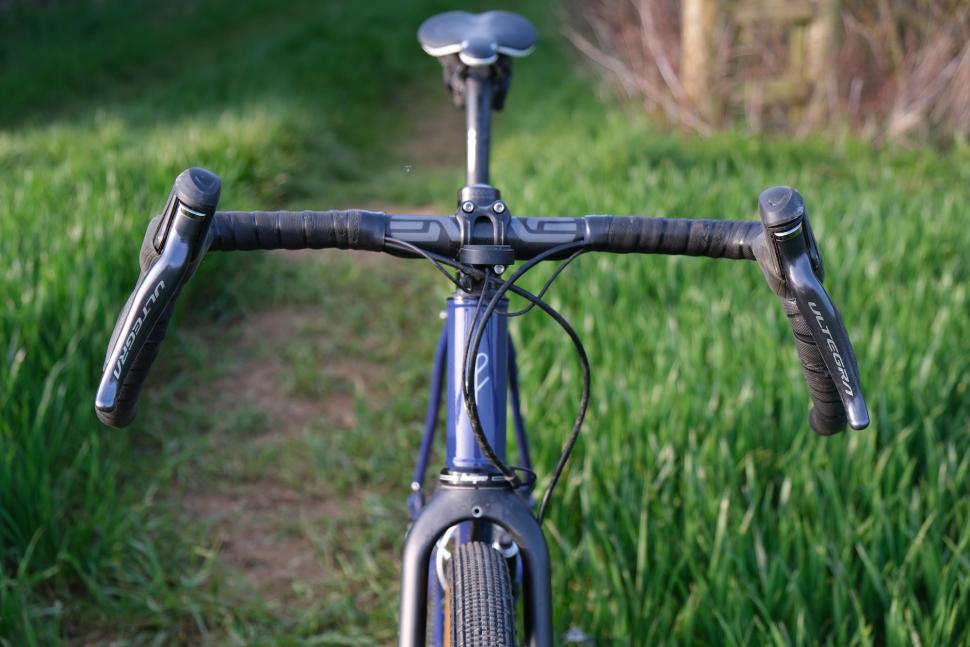 The drops measure 12cm wider centre to centre than they are at the tops.  These are 42cm wide at the top, but a massive 48cm at the drops. Enve says, and I quote, it has taken “into consideration the needs and wants of riders who spend long hours riding the roads and trails less travelled on drop bar bikes. The G Series Handlebar is wide, everywhere.” 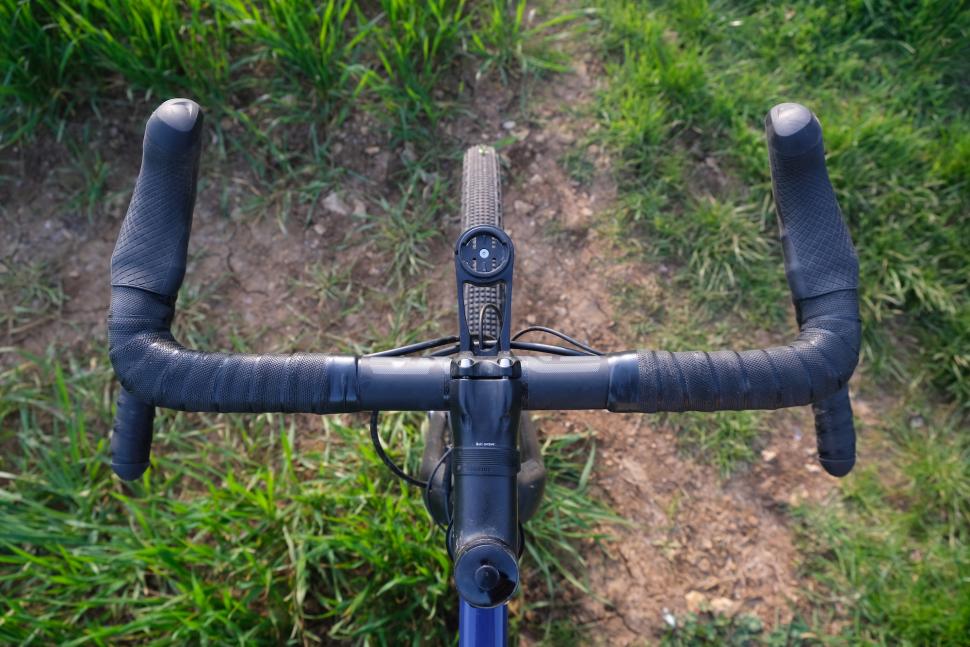 There’s more to this handlebar than just the flare, at least according to the US company’s claims. It says the handlebar is able to absorb and dampen vibrations and shocks from the ground helping to minimise upper body fatigue.

Elsewhere, the tops are shaped for comfort while the drops have round tubes presumably to maximise control.  Other details include internal routing for electronic shifters, grippy material at the stem and brake hood areas, and a wider clamp area for lights and other gravel accessories, even clip-on extensions for the bikepackers. The other change is a new set of cranks. I had previously been using the excellent Praxis Zayante Carbon chainset with a single ring using the neat direct mount design, but I’ve now switched to the new Rotor Vegast aluminium chainset.

Like the Praxis it too uses a direct mount interface that makes it a cinch to swap chainrings and is much nicer than fiddling with chainring bolts. The crankset gets its name from the Spanish company’s success in the three Grand Tours and the three highest climbs of each race: VEleta – GAlibier - STelvio. 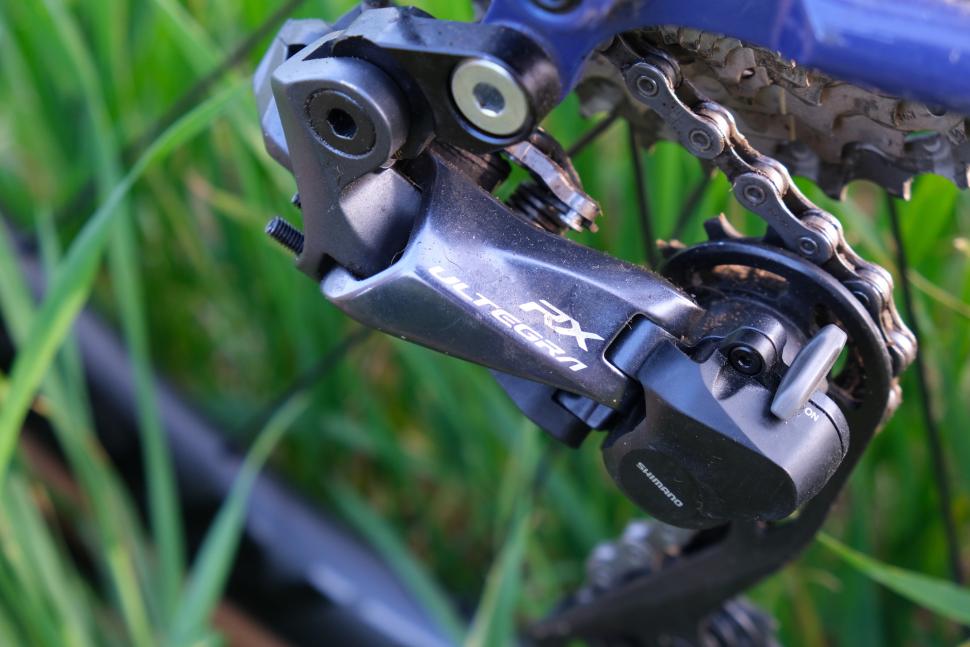 Other than those changes, everything else remains the same as before. That includes the Shimano Ultegra RX Di2 rear mech which I’ve been really happy with. It reduces chain slap over rough terrain and I’ve not experienced one dropped chain and it works well with the 11-40t cassette. Because I’ve got no front mech I’ve been able to personalise the redundant shift buttons on the left-hand shifter to also control the rear mech. 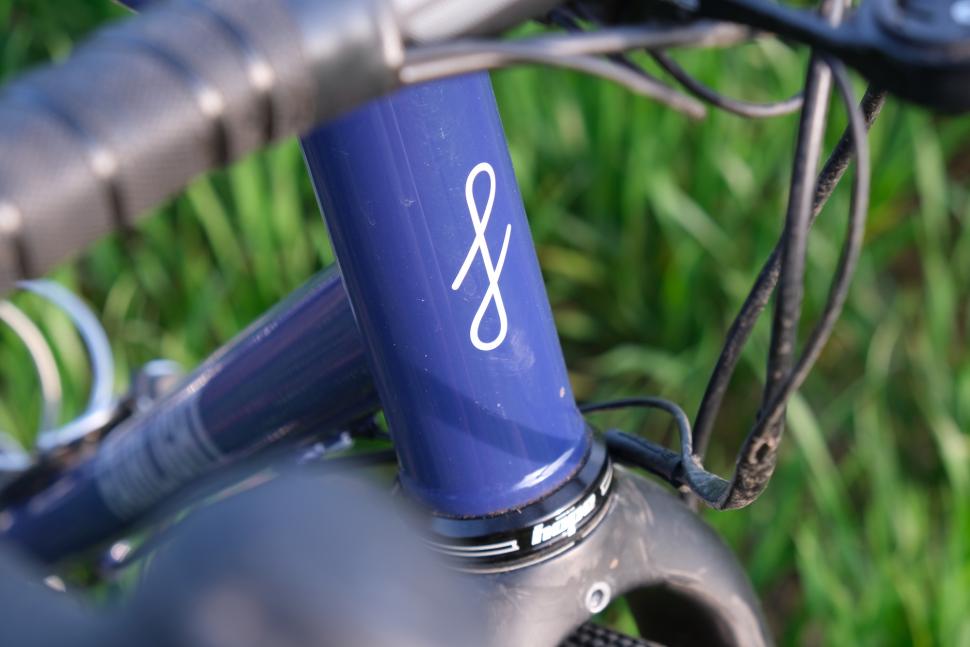 Word has obviously spread about the brilliance of the Secan. Loads have been popping up on social media and there’s now even a Fairlight owners page on Facebook where it’s been fascinating to see the varied and creative builds being shared. That’s the beauty of the Secan, and many bikes like it, it can be specced in many different ways and comes down to your imagination and riding style.