The scandal of racing in sandals 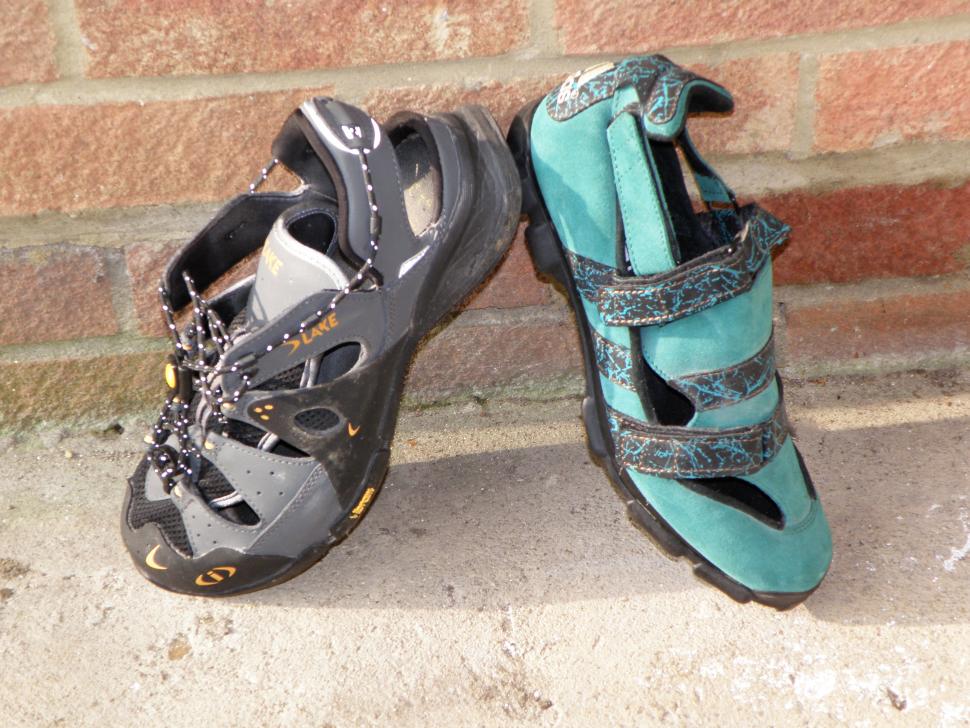 Having narrowly avoided collision with a Greek Orthodox nun appearing from the ruins of a local monastery last night, her choice of footwear and sudden contemplation of the afterlife at 28mph induced memories of riding a mountain bike race wearing Jesus Boots.

Yes indeed, I’ve had an original Shimano SPD pair go pretty much around the world only ascending the metaphorical stairway to the great bike shop in the sky when their stench began stripping the neighbour's wall-paper.

The proverbial Imelda Marcos of the cycling shoe and steel toed boot worlds, I’ve had several copies and variants on the original over the years, some closed toe types like these fetching green Adidas can pretty much hold their own on the chain gang, turbo trainer and spring tour alike but aren’t nearly so nice for loafing around in.

By contrast these from Lake are great looking and probably offer the best of both worlds- the soles lack the outright rigidity of the Adidas but they’ve entertained plenty of loafing, green laning, dog walking and the odd summer night’s sprint on the fixers. Regular hand washing keeps them smelling socially acceptable and appearances are more frequent now that spring is very much here.

Now, I’m all for casually styled cycling clobber-maybe it’s a mid-thirties thing but I like the option of opting out of Lycra without being restricted to ill fitting and uncomfortable civilian garb, courier knickers and loose fit jerseys are a godsend. While preferring race shoes most of the time- especially on my road bikes, the option of feeling the wind through my toes while still clipping in falls into the pleasure that can’t be measured bracket.

Many moons ago someone remarked I must’ve been the child with the milk moustache an unfortunate truth periodically revisiting me through adult life. Take a summer night’s racing at Beastway mountain bike series back in 1999…

Riding to the circuit in the old school tradition was a great opportunity to warm-up given as I only lived six miles away. Laden with bulging forty- litre pannier, I arrived to sign on, loosing a couple of pre-race pounds courtesy of adrenalin and the relatively pleasant facilities.

Race number cable tied in place, pannier removed all I needed was the change of shoes…only these weren’t fast asleep in my pannier but rather in the bottom of the wardrobe. Unwilling to squander my entry fee and sit sulking on the benches or worse still saunter home in a strop, I rolled up to the start line in my sandals.

Much to the hilarity of some, debate still rages as to whether I disgraced myself. Predictably some might say, I didn’t perform so well. However, I got to race and had a great time into the bargain! Should you spot a man aboard a crosser or tubby tourer ,  weaving through the woods open toed, smile, don’t snigger. The last fella who did was trying to impress his girlfriend by outpacing me on a long climb (hardly sporting given I was hauling a Bob Yak). His 53X12 V my 38X14 left him red faced and with a furious girlfriend into the bargain.

Going for a blast to the beach-care to join me?