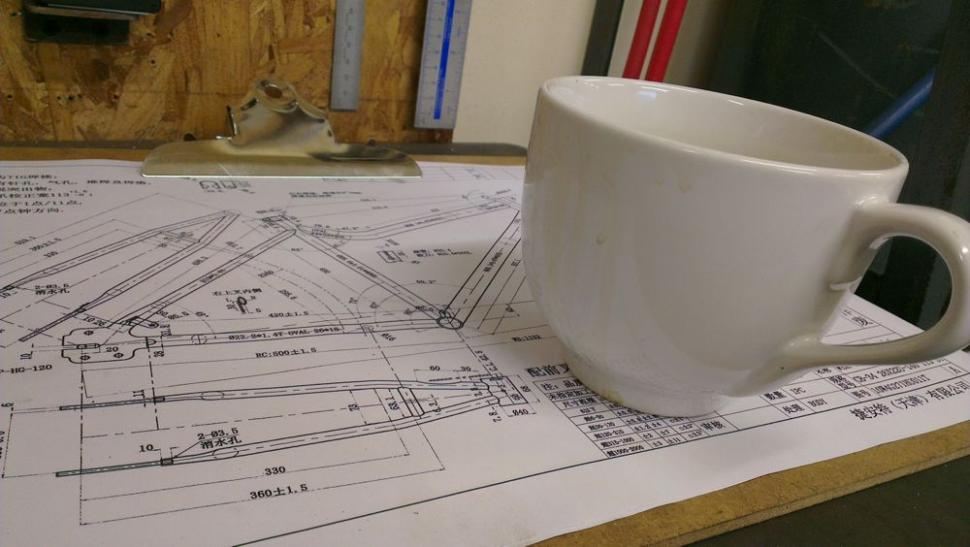 Day three, and back to the torch. Well, after the small matter of making the chain stay and seat stay bridges, the last two bits of the bike to fabricate. The good news: they're only to hold a mudguard, so there's a 1.5mm tolerance for the position. The bad news: no mitre guides, no help. Just a drawing of the frame, some files, a hacksaw and a ruler. The bridge – especially this bridge, where you can drill the hole last so there's no requirement to centre it – isn't the most taxing of members but it's the only one we have to do from scratch. Measure twice, cut once. Pick the right file for the radius of the tube it's going to fit against. The centreline of the tube is your friend. Use the outside of the tube to check the fit; remember to turn the tube through 180 degrees. I'm inordinately proud of the fact that they fit, and they're straight, and they're within tolerance. Even if only just.

Then back to brazing, and the tricky job of layering the braze from one tube over one you've already finished. It's like brazing in slow motion, as the already-laid brass shepherds all your heat away. Then, as soon as you've moved out of the section that you've already covered, the molten brass darts away and you're frantically dabbing the rod to try and keep up. 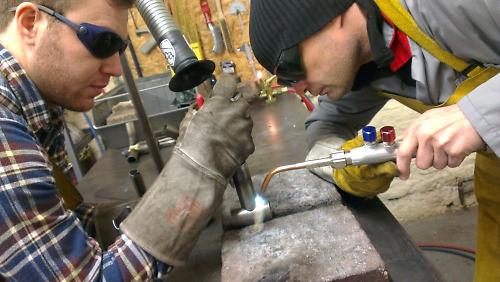 Tomasz gets to work on his BB assembly

Three tubes then become five: time to braze up a bottom bracket assembly. Not the one in the frame, just a sample, but the techniques we're honing will be the ones we use on the real thing, tomorrow. It's a lot about patience, especially when you're going over the same spot for the third time. Other times you're chasing the braze round the edges of the bottom bracket, or amply applying brass to the underside of the down tube, to cover up the fact that it doesn't fit quite snug. 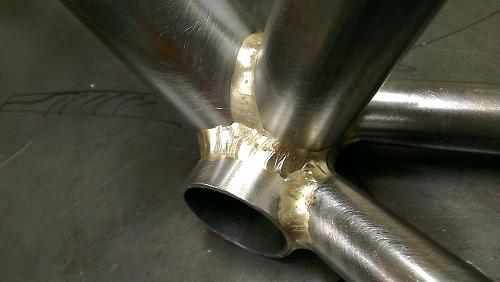 All my own work!

As it lays cooling on the table, Brian comes over. It'll look a lot better when you run a wire brush over it, he tells us. And he's right: the bristles clean the soot off the tubes and pick the flux from the frame, leaving a bright and shiny bottom bracket arrangement with welds that, in places, look almost tidy. It's testament to how far we've come in just three days. 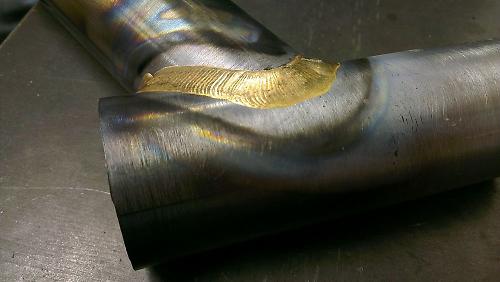 This one's not mine

Testament to just how far we have to go comes when Brian knocks up a quick braze of his own, his first for over a month using an unfamiliar torch that he's testing for the Academy. Round he goes, steady, never hurried, rod always at the ready, feeding the brass in methodically to keep the braze even all the way round the join. He's not happy with it. We'd be ecstatic. Maybe in another 40 years… 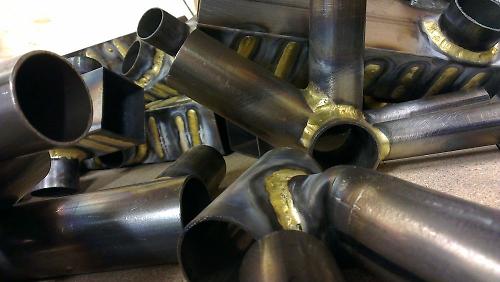 Three days down leaves just one to go: tomorrow we prepare the frame and then it's time to braze it all. Given how much my shoulders hurt after being hunched over concentrating on torch and rod for just the bottom bracket, I guess I'll pack some painkillers.