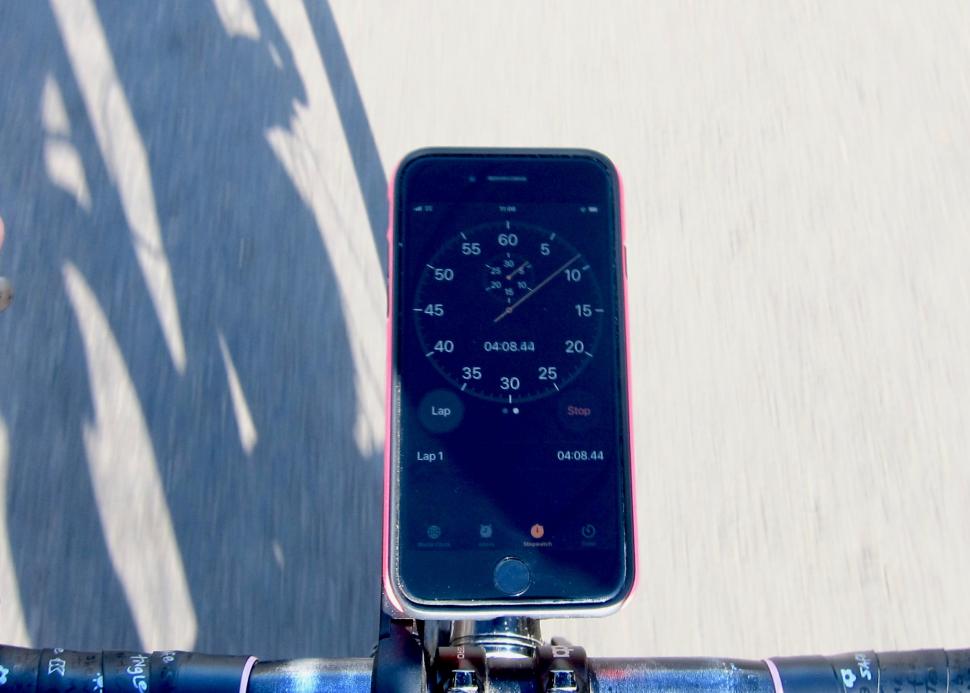 VecchioJo-TickTickTick
VecchioJo is riding against the clock, but not like that – sadly near misses with drivers are an unavoidable and inevitable consequence of being behind a set of handlebars in 2022

Every time I leave the house on a bike, I press ’Start’ on the mental stopwatch. It doesn’t matter which bike I’m on; road, gravel, mountain, cyclo-cross or town hack, that second hand begins its sweep as soon as I click in my second foot.

Whether it’s a trip to the shops a couple of miles away, riding over to a friend's or out for a good few hours in the countryside, the timer is running as soon as I scoot off the garden path and bump onto the road.

Anyone that spends regular time pedalling regular routes will have sections of road where spidey senses start to tingle and fingers will subconsciously cover brake levers, because they’re where 'something' always happens.

Everyone that rides a bike has a mental rolodex of these. Whether they just commute to and from work or are out all day on roads they know, it’s those places where there’s a strong likelihood of there being some kind of interaction with a car. A close pass, a squeeze through, a 'SMIDSY' or just the usual normal low-level driving ineptitude and dickery. Something that could merely warrant a muttered "FFS" under the breath, or be a contretemps that is a little more life threatening, but something. There's always something.

I could list all the places where I start to operate on high alert, my fight-or-flight reflexes beginning to hum. It would take me a while to write them all down; in fact it would probably just be easier to get a map out and scribble all over it in red pen.

It starts for me if I head down my street and turn left; watch out for a car that might be parked right there after the junction, and keep alert as the road kinks round. Drivers like to cut the corner at speed here, and a short while later the road narrows considerably as there’s an immobile stream of cars and vans parked both sides for quite a while. This is a full vigilance situation, as drivers like to think they can force their way through the gap.

In this high incidence area, there’s a brief breather before approaching a mini-roundabout where it’s always a relief if a car doesn’t just breeze on through after not bothering to look. I could go on in this vein for a while, but while I feel every cyclist would sympathise it would get predictably boring, and that was just one mile.

I don’t even live in a big city where you’d expect traffic friction to occur almost continuously, and I don’t even have a daily commute to deal with that racks up the odds. I live in sleepy suburbia and I’m just going about my day to day business, yet any time I go anywhere by bike there’s little time to be complacent.

In decades of accumulated anecdotal evidence, it doesn’t matter one iota what I’m riding or wearing as to the frequency of incident: helmet or no helmet, taking primary, stealth black or Italian Pro technicolour clothing, blinky lights or not, riding assertively, full lycra or pub casual, I’ve yet to find the incident free formula. My favourite was when I was on large electric blue cargo bike and somebody pulled straight out on me, and instantly spewed out a loud tirade of arm waving excuses in response to my shrugged shoulders of disbelief and sighed resignation. That was a record stopping of the mental stopwatch at about five seconds. It was only ten doors from my house on a quiet cul-de-sac, which made it all the more comically ridiculous.

Knowing that a moment of driver twattery is going to happen at some point at least once every time I pedal away from the house has made it easier to deal with. I don’t get angry about it any more, because I just don’t have that much energy; it’s a sadly unavoidable and inevitable consequence of being behind a set of handlebars.

I’m mostly just tired with the tedious "not-when-but-if" predictability of it all, so now all I can manage is an eyeroll, a check on that ticking stopwatch, a Gallic shrug in an “I have no idea what you were trying to do there” fashion, or a visibly disappointed shake of the head. Strangely enough the latter has had some quite volatile results.

A lot of the Near Miss Of The Day clickbait on this site doesn’t even make me wince. Maybe I’ve just become immune to it over the years, or my expectations for acceptable driving standards are too low. Maybe avoiding getting knocked off and not heading home via the hospital I consider a small win these days.

There have been a few times when I think I might have got away with it, and the last few miles home after a long day out on the lanes are always a time of building anticipation of a small celebration that nothing actually happened; but I’ve been minutes from making it back to the front door and there it is, it was just teasing.

This isn’t about bike lanes, or proper segregated infrastructure, or new codes, or road tax, or running red lights, or riding on pavements, or deaths per day, or any of the whataboutery that spits and infects all this when you discuss cars and bicycles. It’s none of that, it’s a lot lot simpler.

It’s about being treated like a normal human being just going about their business in a totally normal and harmless way.

I do not want to fear for my life just going to the shops. I do not want to be bullied, I will not ever be bullied, I do not have to quietly prepare for the worst every time I leave the house. I don’t want someone to have to make an awkward phone call to the last number on my phone, just because I popped out for milk and a few bits for supper. I just want to get to where I want to get to in peace, in one piece, and alive.

So, if I’m screaming at you through your windscreen and you’re looking at me incredulous, that’s because it’s not just you. It’s the tens, hundreds, thousands of other near misses, close calls, day-to-day driver shittery and nonchalant "sorry-I-nearly-killed-you" hand waves that I’ve let pass previously, and unfortunately you’re the one that cut the wrong wire connected to the ticking clock.

That’s why I’m shouting as you’re squinting into my front light, saying you didn’t see me and your kids in the back seat are starting to cry. That’s why I’ve punched your car, because you’re just close enough to punch it. That’s why you jumped when I tapped on your window after you pulled out in front of me without looking; but I knew you were going to do it, so reacted accordingly because it always happens and I’d like a word about it, please.

That’s why we’re front wheel to front bumper, yelling at each other and everyone’s looking. Because today and just now... I’ve fucking had enough.