Should all cyclists use action cameras? Have your say 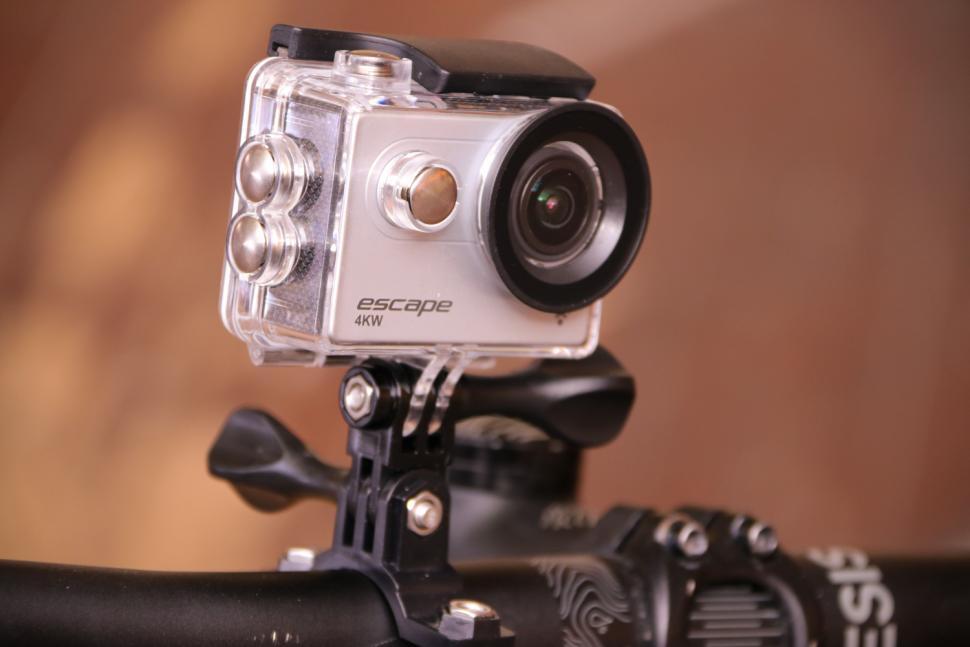 One reader says it’s a moral duty to help protect fellow riders by bringing law-breaking drivers to justice. What do you think?

When I introduced myself as road.cc’s community editor a couple of weeks ago, I mentioned that one of the things the role involves is writing regular articles about broader issues related to cycling that go beyond a typical news story – and the first of those, sparked by a recent discussion thread, asks whether all cyclists should use action cameras? It’s an issue that from a personal point of view came into sharper focus a couple of weekends ago when a friend was knocked off his bike twice by the same driver in a matter of minutes – but with no video proof of what the motorist had done, landed himself with a caution for criminal damage.

We’d had a pleasant afternoon at the football, and after a swift pint following the match went our separate ways, me on foot, he on his bike. The following morning, he phoned me to tell me what had happened.

He was moving off from traffic lights to cross the South Circular Road in London, and since he was going straight on, had positioned himself in the middle of the three lanes, when his rear wheel was clipped by an Uber driver, sending him flying. The driver then berated him, insisting – incorrectly, of course – that he should have been riding in the gutter to the left.

With the driver continuing to insist he’d done nothing wrong, my friend, who pointed out that since he was going straight on he was in the correct lane, was unsurprisingly getting a bit steamed up and in his frustration kicked out at the car, knocking off the front number plate, before getting back on his bike and heading off.

A short time later, the same driver, who presumably had called the police in the meantime, pulled across my friend and knocked him off his bike again, before getting out of his car and putting him – still on the ground and somewhat dazed – in a chokehold. Moments later, a load of police turned up.

Despite my friend telling them what happened, the officers sided with the driver, and gave my friend – who had no witnesses to the first incident, and no evidence of the driver knocking him from his bike – a caution.

While I’m not condoning kicking out at the vehicle, it’s an understandable reaction in the circumstances, but it struck me as a clear example of one of those cases where video footage would have made all the difference – and could well have resulted in action being taken not against the cyclist, but against the motorist.

And it resonated with the piece I’d already been planning to write on the subject, based on readers’ comments to a news article that I posted last month in which Detective Chief Superintendent Andy Cox of Lincolnshire Police urged cyclists to use cameras to catch law-breaking drivers, saying that “the police can’t be everywhere all the time, but the public can be.”

That article reported how police had seen a rise in submissions of video evidence of poor driving following the changes to the Highway Code earlier this year.

One comment to the article in particular caught our eye, from road.cc reader Fignon’s Ghost, who argued that all cyclists have a moral obligation to use cameras and help make the roads safer for their follow riders. They wrote:

It should be read that ALL road cyclists have a responsibility to bring those rule breakers to account.
By doing so, you could be saving the life of a fellow cyclist.
If we cannot hold motorists to account for the terrible consequences their illegal driving has then we may as well stay on our paddleboards.
Your camera footage could mean the difference:
In a guilty verdict.
A criminal conviction.
The payment of personal injury compensation.
The mindset change of ALL those drivers out there who will have to face the fact their actions will no longer only have consequences for OTHER road users.

It's essential that we help our underfunded road traffic police and put forward evidence to arrest irresponsible driving.

Road cyclist. It's not about weight, cost or tedium.
That's why YOU always wear a camera. Front and back!

Unsurprisingly, the comment sparked a debate, with hawkinspeter, for example, saying it would be better if motorists were encouraged to use dashcams.

It'd be better if the onus was on drivers to run dashcams and submit evidence. Car dashcams are cheaper as they don't need a big internal battery, they don't need to be waterproof and weight is much less of an issue.

In reply to that comments, AlsoSomniloquism wrote:

I do wonder how many drivers submit dashcam footage and what level of driving they submit them for. Forgetting actual collisions, there are several YouTube channels who release weekly videos filled with many examples of bad driving (both from Cammer and subject) and not one indicates whether it was submitted.

However WMP [West Midlands Police] sent me an email on Wednesday asking me for a resubmission over a mistake on my original form and it was above 1,850 submissions this year. I can't believe that is all from cyclists (although 15 of those would be mine).

And jh2727 pointed out that it appears it is cyclists who are more likely than drivers to submit actual examples of offences being committed (we suspect in part that may be because, being unprotected by a vehicle’s body, cyclists’ perception of the danger they have been subjected to is higher). He write:

There was a story about this not so long ago. I think the upshot of it was that the police agreed that an offence was committed more often on the videos submitted by cyclists than videos by motorists.

It’s not impossible to envision a future in which all motor vehicles will be equipped with dashcams and other TV systems – many are already standard on fleets of commercial vehicles and those providing transportation services such as buses and coaches, of course (and such footage can and has been used to help convict law-breaking drivers.

But what do you think of the suggestion that all cyclists have a duty – albeit a moral rather than legal one – to use cameras?

One potential effect of that, of course, would be that just through sheer weight of numbers, many more examples of dangerous, as opposed to careless, driving would inevitably be captured – but that could risk overloading the system, with the result that many less serious crimes might go unpunished.

And as a number of readers pointed out, there’s also the issue of consistency in the approach taken by different police forces, some of which are much more proactive than others in enforcing the law and ensuring that drivers who break it are punished – although as IanMSpencer wrote, one potential solution to that might be to take the matter out of the hands of individual forces, and act upon such footage centrally.

I don't see why there can't be a national department for dealing with these, with a clear set of standards, which could be published so we know not to waste our or their time (or get to argue about the criteria). A specialist team could rattle through them, filtering out exceptions like likely repeat offenders for special local police treatment.

Certainly it’s an interesting idea, and as the articles published in our Near Miss of the Day series, now approaching 800 submissions, show, the issue of drivers putting cyclists in danger is an ever-present problem.

Let us know your thoughts on the issue in the comments below.