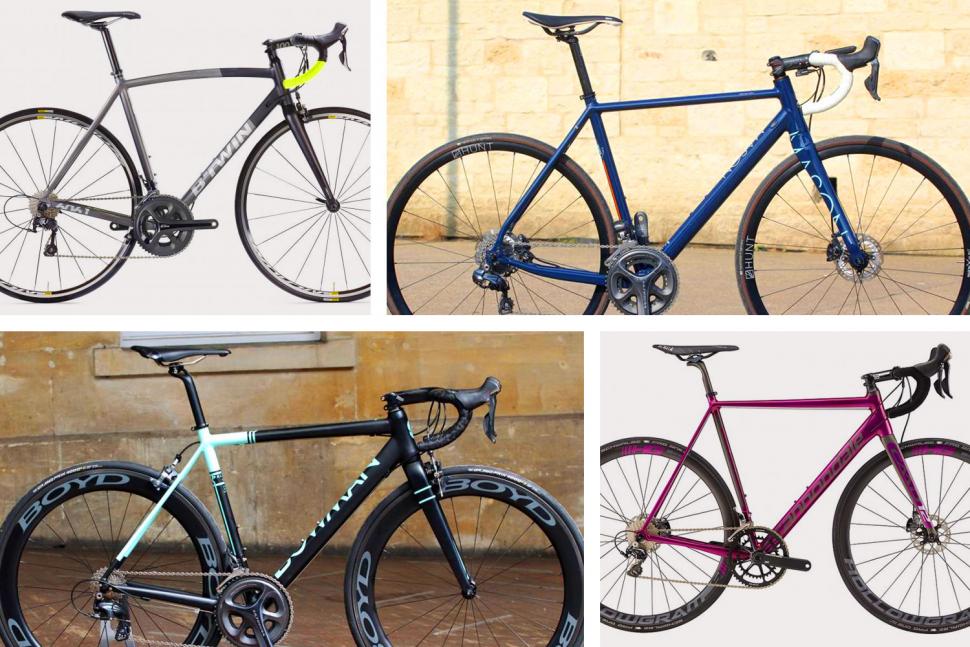 Composites may get all the attention, but aluminium road bikes dominate in sales. Aluminium is an ideal material for road bikes because it's relatively cheap, light and can be made into bikes that ride very well — in the hands of a designer who knows their stuff.

In this guide we'll look at 14 aluminium road bikes from designers who know their stuff.

In this edition of our look at the best aluminium-framed bikes, we've added 2020 versions of many of our favourites.

It’s a long time since an aluminium bike won the Tour de France. In fact it was 1998 when Marco Pantani rode his Bianchi Mega Pro XL to success. These days it’s all about carbon fibre in the professional racing circuit, but despite the dominance of plastic, aluminium refuses to disappear. Away from the pro ranks it's is still highly regarded and a very good material to make a bicycle from.

Aluminium is enjoying a resurgence of interest at the moment. Some manufacturers have been pushing the material to achieve impressively lightweight frames, and smart consumers are realising that you get a lot of performance, and equipment, for your money. For value for money, aluminium is tough to beat.

So with aluminium alive and kicking, here are 14 of the best aluminium road bikes currently available.

Note: All popular road bikes have been selling incredibly fast in the last few weeks as people have turned to bikes for exercise and transport during the Covid-19 crisis. In this piece we've tried to link to dealers that are still showing these models in stock, but 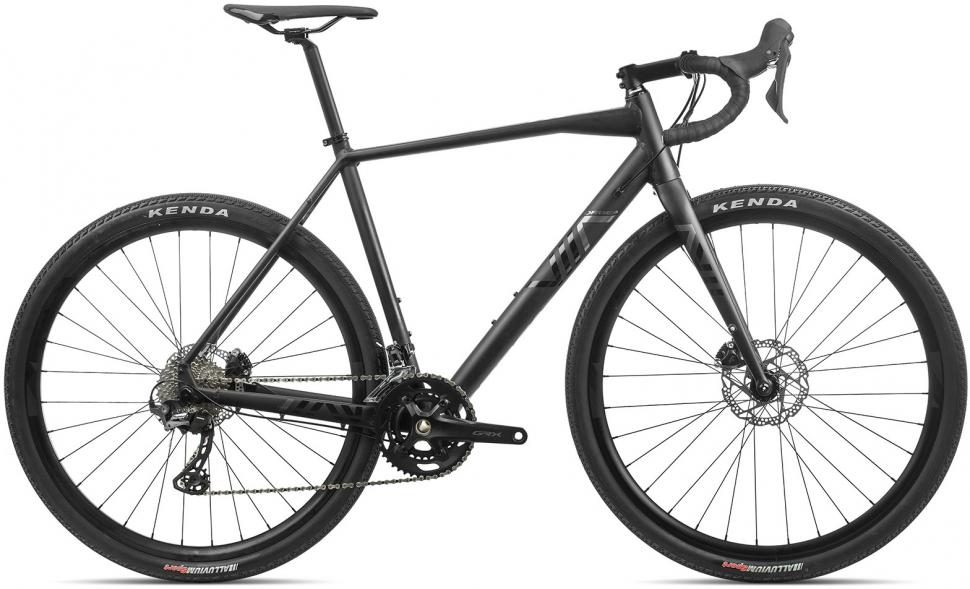 One bike genre that aluminium really dominates is gravel/adventure, where the ability to shape aluminium by hydroforming makes it possible for manufacturers to build in lots of tyre clearance without the expense of making moulds for carbon fibre frames. This dirt road warrior from Basque country bike builder Orbea is a great example of the breed, with 40mm tyres, hydraulic brakes and a 30/34 low gear from the new Shimano GRX groupset for grinding up hills. 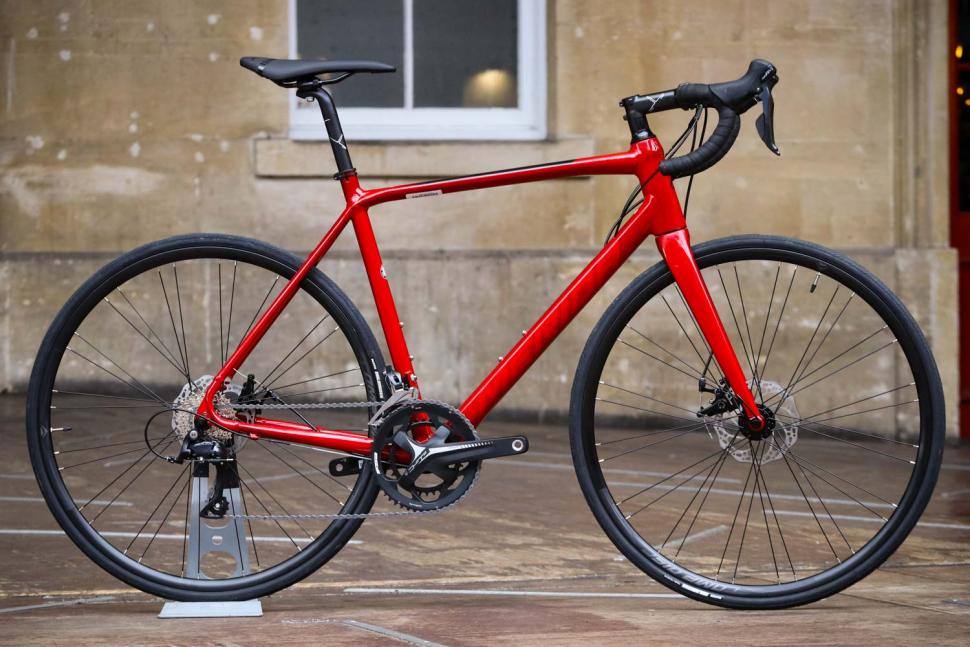 The Merida Scultura Disc 200 may look like it is an entry-level machine on paper but the frame and fork are absolutely top notch and massively upgradable. It's yet another example of just how good alloy frames are right now, offering a very comfortable ride and plenty of stiffness to boot.

The Scultura Lite-BSA Disc frame has a very enjoyable ride feel; there is no harshness or irritating amounts of road buzz coming through to your contact points, even with the 25mm tyres pumped up to my preferred high pressures. This makes the Scultura a fun bike to ride and you can really cover some miles tapping away on the pedals while taking in the scenery. 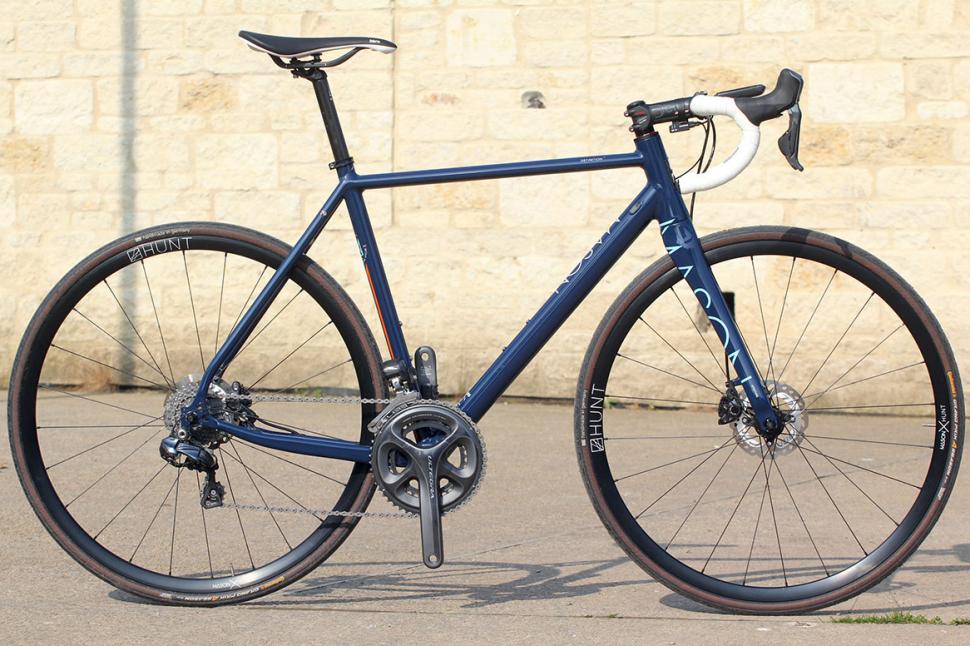 Mason Cycles exploded on to the scene in 2015 with two eagerly-awaited bikes, the aluminium Definition and the steel-framed Resolution. Former Kinesis UK designer Dom Mason didn't disappoint. The original Definition was so good we struggled to get into words just how a handful of alloy sticks welded together can leave you feeling so excited. You don't get a ride governed by angles and dimensions here; the Definition seems to mutate as the speed/gradient/direction changes leaving you wondering if you are still riding the same bike you were five minutes ago. It's stunning, and the Definition version two with thru-axles added at the rear received just as much praise in our latest review.

Read our review of the Mason Definition2 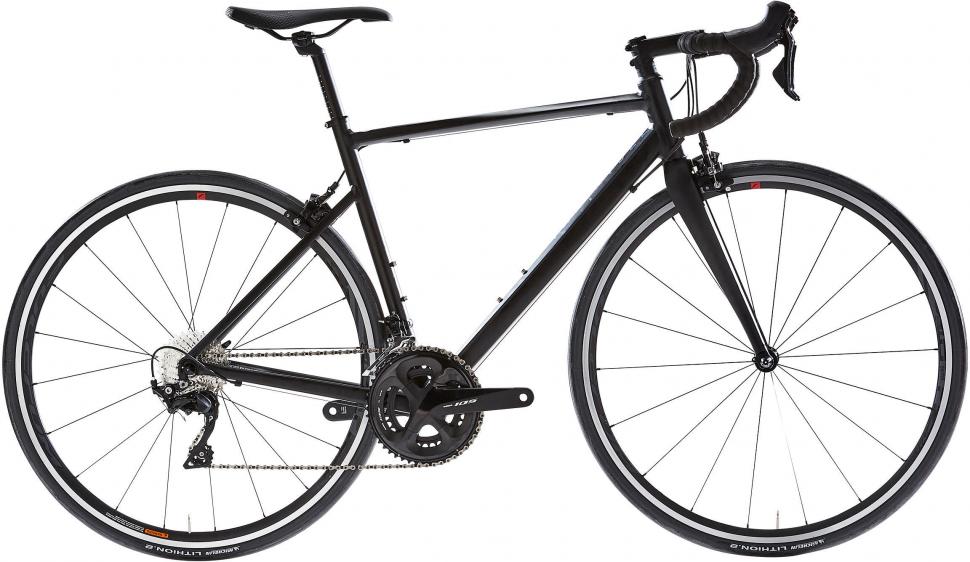 Decathlon bills this new model in its Van Rysel range of sporty bikes as an endurance bike, with an aluminium frame, and a full Shimano 105 groupset including the brakes and chainset, components that are often swapped out for cheaper models.

It rolls on Fulcrum Racing 6 wheels shod with Michelin's highly-regarded Lithion training tyres, and overall looks like an excellent deal.

Read our review of the almost-identical B'Twin Ultra 700 AF The Attain is one of the most contemporary road bikes currently available. It's an aluminium frame designed around disc brakes with thru-axles front and rear. The frame is made from Superlite tubing with a smooth weld treatment and internal cable routing keeping the appearance clean and uncluttered. This model is very well equipped with a Shimano 105 R7000 mechanical drivetrain and hydraulic disc brakes and Cube's own wheels shod with Continental Grand Sport Race SL tyres. 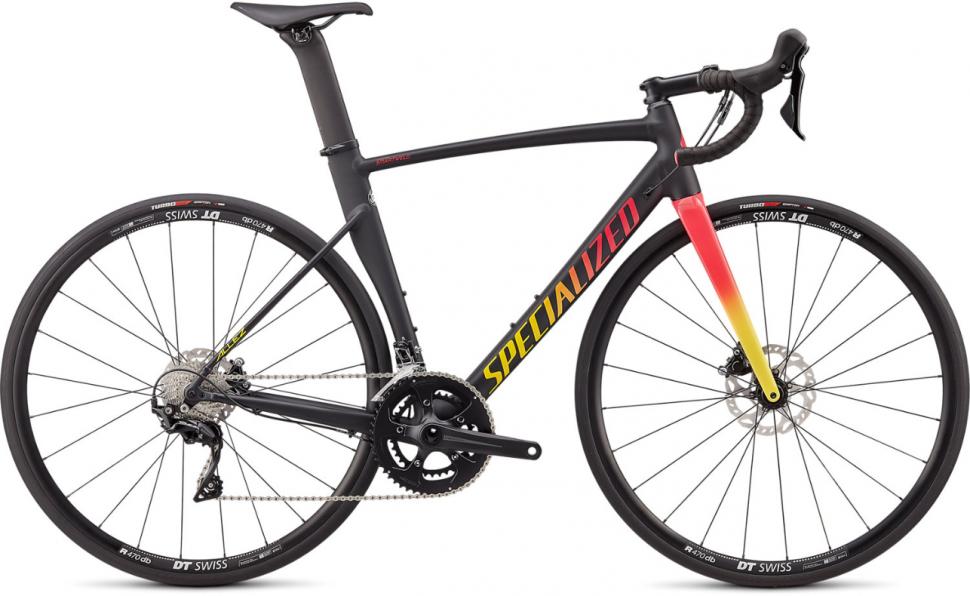 Specialized made waves when it unveiled a super expensive (£7,500) high-end aluminium Allez bike a few years ago, but it’s stuck with the idea and is using it to build frames that are aimed at being ultra-stiff short-course racing weapons. For 2020 the Allez Sprint gets disc brakes on an aluminium frame made with what Specialized calls the D'Alusio SmartWeld process. This uses hydroforming at the joints to increase strength and stiffness so the tube spans can be lighter. This £1,900 model gets a Shimano 105 11-speed groupset with DT R470 wheels and a Body Geometry Power Sport saddle. 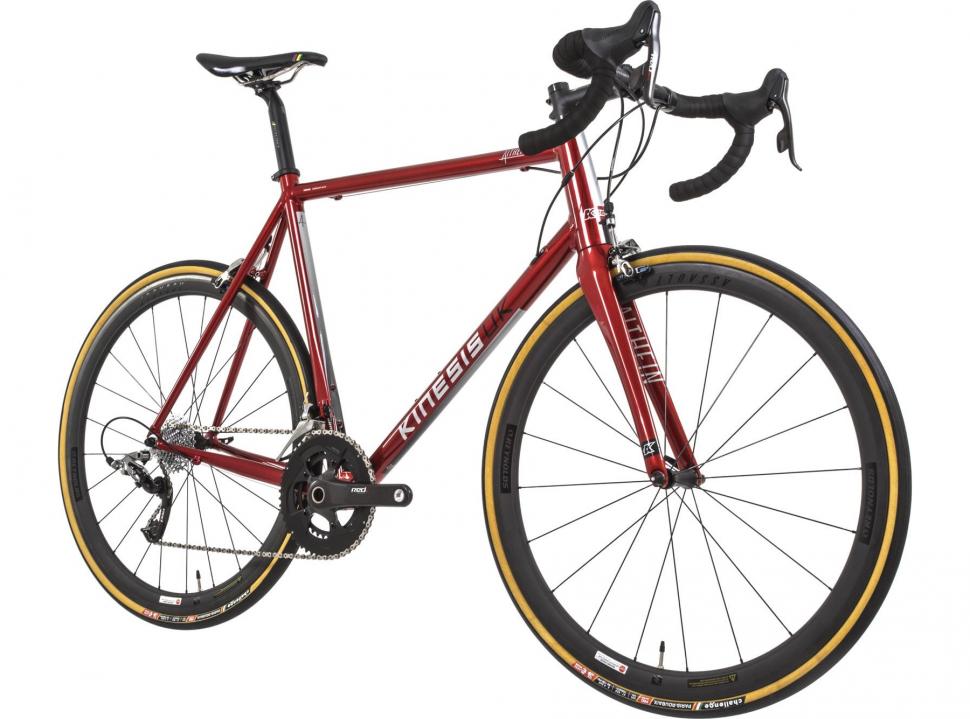 British brand Kinesis UK has made aluminium frames its speciality over the years, and with the release of the Aithein, it proved that aluminium can be a credible option if you crave high performance and low weight. It’s made from 6000 series aluminium with SuperPlastic Formed tube profiles and smooth welds. The frame is just 1,050g (though it comes with a 90kg rider weight limit) and all modern details like a tapered head tube and PF86 bottom bracket.

Read our review of the Kinesis Aithein If you want a lot of bike for not too much money, Rose is a company that needs to be near the top of your list. Rose offers the Pro SL Disc which has a claimed 1,350g aluminium frame with a new full-carbon fibre fork with tapered steerer tube. Rose also offers a large range of sizes, from 49 all the way up to 66cm. The appeal of aluminium really shines when you look at the equipment level. This model has a full Shimano Ultegra groupset with hydraulic disc brakes, Ritchey handlebars and stem, and DT Swiss wheels. 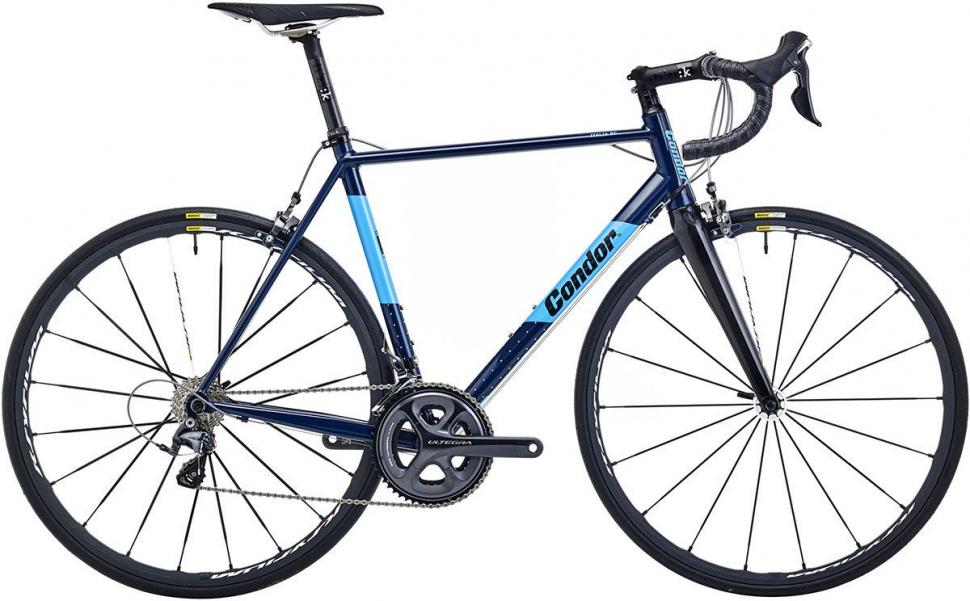 London bike brand Condor Cycles is fully committed to aluminium, and recently thoroughly revamped the aluminium race bike in its range, the Italia RC. It has developed a brand new tubeset and it’s ditched the carbon fibre seatstays of the old Italia. The geometry comes from the Leggero carbon fibre race bike so you know it’s good to race.

Read our review of the Condor Italia RC, built up with Campagnolo's Potenza groupset and Zonda wheels 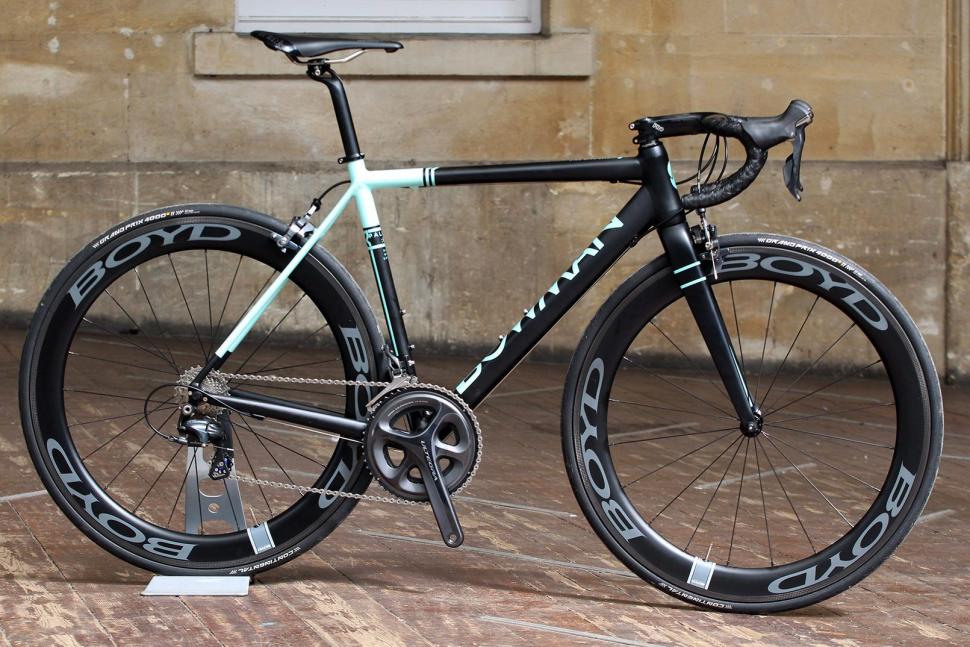 There are a number of British brands offering keenly priced aluminium frames and bikes, and one of the newest is Bowman Cycles. It has just launched the second generation of its Palace race frame, with a refined tubeset bringing the weight down a little, and the pressfit bottom bracket has been replaced with a threaded type.

Read our review of the Bowman Palace:R 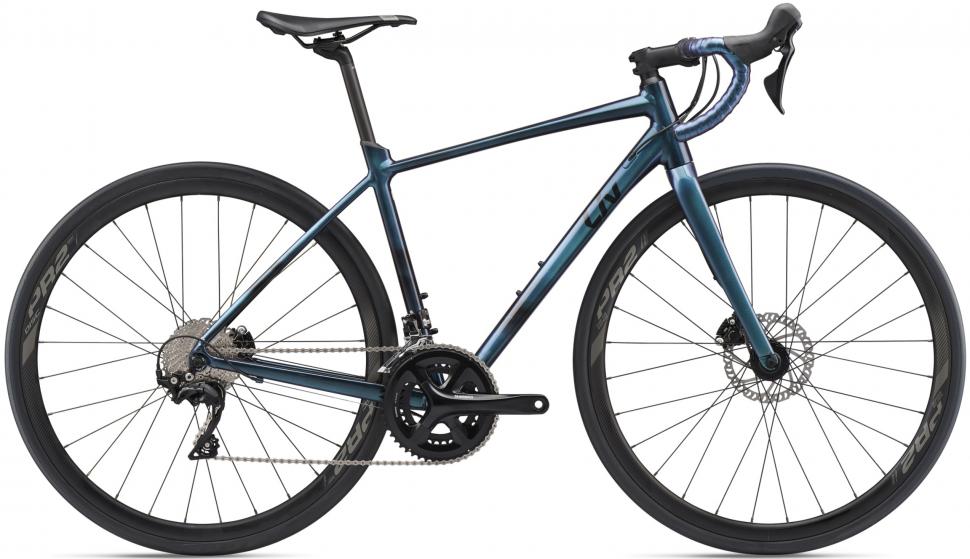 Giant has a healthy range of aluminium bikes and the Avail, part of Giant’s large women’s road bike range, is a really good package. Giant’s own ALUXX SL aluminium tubing tubing is shaped into a smart looking bike and it’s generously specced out with a Shimano 105 11-speed groupset and Giant P-R2 wheels and tyre set, with a Liv Connect saddle finishing it off. 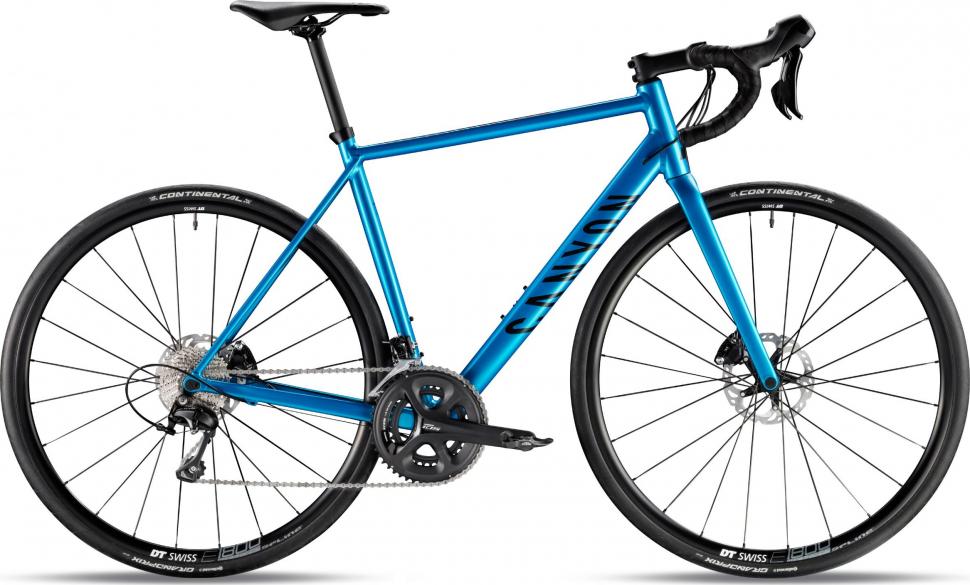 Canyon might be best known for its carbon fibre races bikes like the Ultimate and Aeroad, but it does a nice line of aluminium bikes, and they offer excellent value for money. The Endurace is the company’s distance and comfort orientated model, with a taller front end and larger volume tyres to provide more comfort. The range starts from just £799 for full Shimano Tiagra drivetrain with Mavic Aksium wheels and Continental Grand Prix SL tyres. A lot of bike for not a lot of cash. 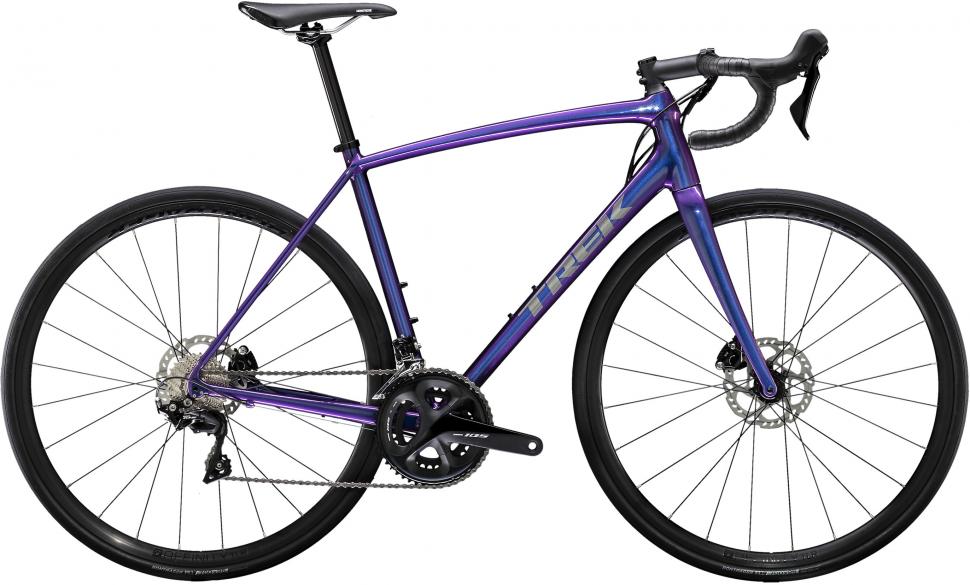 Another big bike brand investing in top-end aluminium is further proof that there is plenty of life in the material. The Emonda ALR is named after the superlight Emonda carbon fibre race bike and features a frame whose rim-brake incarnation weighs in at just 1,050g. That’s for a size 56. Very impressive. It’s made from Ultralight 300 Series Alpha Aluminium (whatever that is) with Invisible Weld Technology that is a process claimed by Trek to save weight. The 2020 Emonda ALR 5 Disc, above, comes with the full new Shimano 105 R7000 group and Bontrager Affinity Tubeless Ready wheels.

Read our review of the Trek Emonda ALR 6 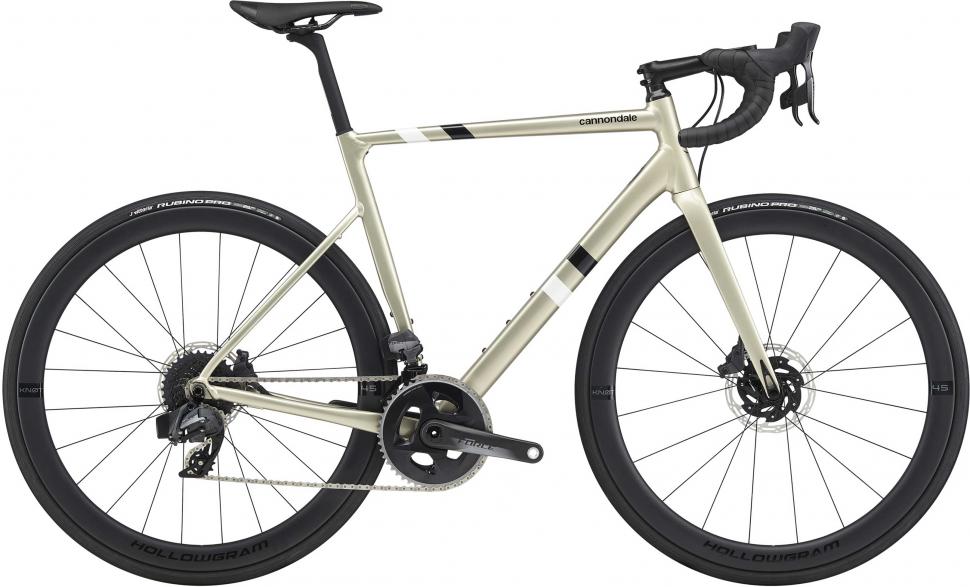 Finally, there is the Cannondale CAAD13, the latest aluminium road bike from the company that was in the vanguard of developing and popularising aluminium right through the 1980s and '90s, and now offers the CAAD13 with a choice of disc or direct-mount rim brakes. The previous CAAD12, and the CAAD10 before it, were highly regarded aluminium frames, light and stiff enough for racing and comfortable enough for the long jaunt, and did a lot to promote the virtue of aluminium frames over more expensive carbon rivals. (You may wonder what happened to the CAAD11; we think Cannondale chose to swerve handing the cycling press an excuse for another round of lame Spinal Tap gags, and for that we are nothing but grateful.)

This time, Cannondale haven't focused on shedding grams — a CAAD13 frame weighs about the same as a CAAD12 — but on ride quality. After a brief spin on the new bike at Cannondale's launch, David Arthur wrote: "in the CAAD13, Cannondale have produced a bike that is wonderfully smooth all-round. The Cotswolds isn’t generally known for its smooth roads, and over the crusty surface on some quieter country lanes, the CAAD13 blew me away with its ability to not just provide a smooth and calm ride, but to really close the gap to a carbon fibre bike."

Cannondale have also made the CAAD13 a shade more versatile than its racing-orientated predecessor. The rim-braked bike has room for 28mm tyres, the disc bike will accommodate 30mm rubber, and both have mudguard eyes discreetly tucked away in the drop-outs.