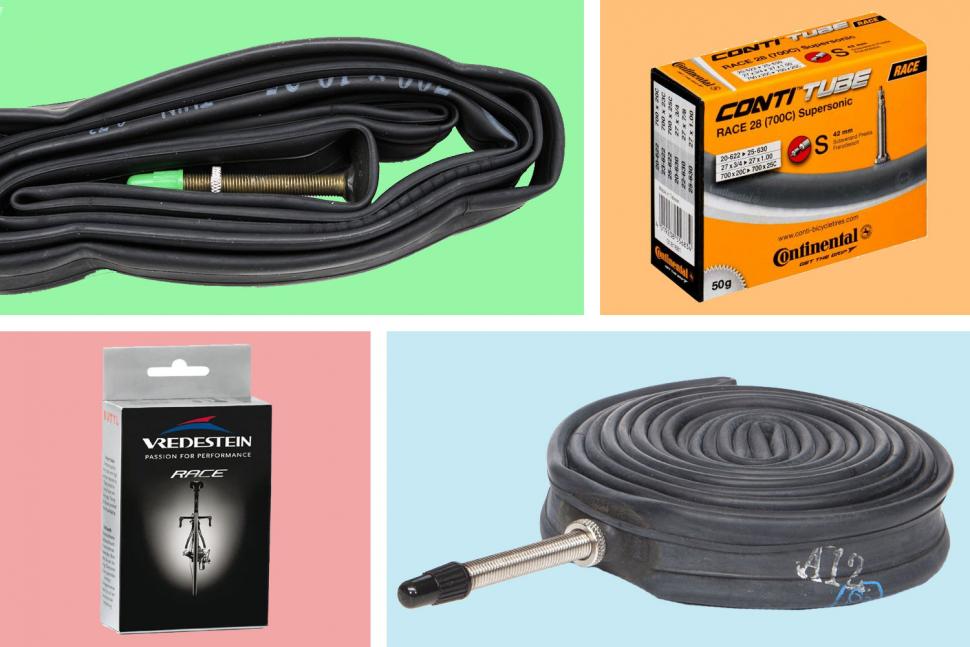 7 of the best inner tubes — save weight, ride faster or prevent flats with new tubes

How the simple rubber ring isn't so simple
by John Stevenson

Welcome to the latest edition of road.cc’s buyer's guide to inner tubes in which you’ll find everything you need to know to find the right inner tubes for you, plus our pick of seven of the best inner tubes.

In this updated version of our guide to inner tubes, we've added the super-feathery Tubolito Tubo Road 700C.

You probably don’t think very much about inner tubes, but the components that hold the air that in turns holds your bike off the ground have a subtle but significant on the way your bike rides and performs.

Inner tubes affect the rolling resistance of your tyres, how easily you can end up sidelined with a puncture and the rotating weight of your wheels. If you care about performance — whether you mean by that speed or robustness and reliability — it’s worth thinking about the inner tubes you use beyond just where you can get 10 for £20.

The flexibility of the inner tube material makes a difference too. Inner tubes are made from either synthetic butyl rubber or natural latex rubber. Latex is more flexible and thinner too, so if you want to reduce rolling resistance then latex is the way to go. According to Jarno Bierman at bicyclerollingresistance.com, you’ll save 4-5 Watts using latex tubes over butyl tubes. That’s probably not a difference you can feel, but it’s one you can measure with a stopwatch.

The big disadvantage of latex tubes is that they’re more porous than butyl tubes. That means that they leak air sufficiently quickly that you’ll need to pump them up every day.

A wrinkle to all of this is that butyl inner tubes have got thinner and lighter in the last few years. Bierman tested a 100g butyl tube against an 80g latex tube, but you can get butyl tubes as light as 50g. Because they’re thinner, they have lower rolling resistance but won’t lose air like latex, but their increased fragility means they need more care in handling and puncture more easily.

Tyre maker Challenge cautions against the use of latex tubes with carbon fibre rims. It says: “Carbon rims do not dissipate heat as well as aluminium and prolonged braking, such as on long descents, may lead to hot spots along the braking surface. This increased heat can damage the latex material leading to a failure.”

Because the rubber is inherently stretchier, latex tubes are also more puncture-resistant, but for everyday riding you probably don’t want fewer punctures to come at the expense of daily inflation.

Sealants are a better solution. Preparations such as Slime contain small rubber particles suspended a liquid that dries on exposure to air. It’s pretty effective at sealing holes up to about 3mm across. However, it’s hard to squeeze a sealant through a Presta valve so sealant makers offer tubes with the fluid already inside.

Sealants aren’t perfect. If you get a big enough cut, the sealant won’t work and you’ll need to install a regular tube. Sealant-filled tubes are difficult to repair because the sealant stops the patch from sticking.

Sealants also add weight, but for the kind of everyday cycling application where you’d use them to prevent flats, you’re probably not going to mind an extra few grams.

If you’re not aiming for everyday riding puncture prevention, then a weight reduction is nice to have. A typical inexpensive inner tube — like the ones your bike probably came with — weighs 100-110g; Continental’s Supersonic tube weighs 55g (all weights for tubes with 60mm valves).

A 100g weight saving isn’t huge, but a pair of Supersonics is less than £20. There aren’t many places on a bike where you can get a weight saving of 5g/£. If you’re replacing a bike’s stock tyres with lighter rubber, it’s definitely worth getting better lighter tubes too. 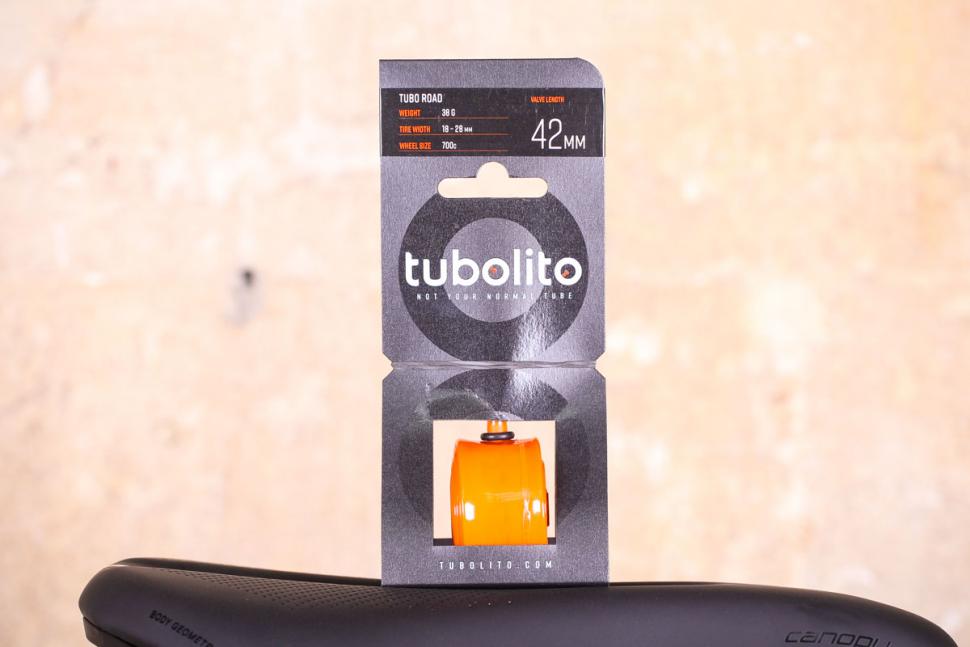 They may be expensive, but compared to a tubeless conversion – or a new wheelset – the 38g high-tech thermoplastic Tubo Road tubes from Tubolito are a cost-effective way of shedding some weight. They promise some puncture resistance benefits as well. 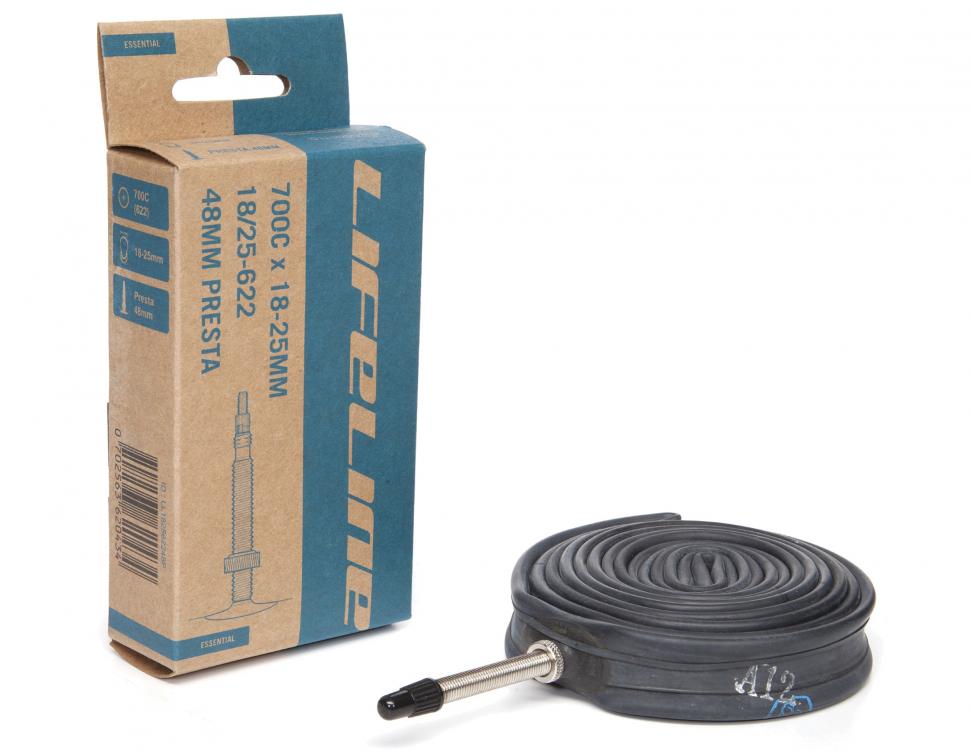 The market for standard inner tubes has become very competitive in the last couple of years. With a claimed weight of around 100g, these tubes are stonking value at around two-fifty each (£2.99 for the longest-valve version), 10% off if you buy five, and 15% off for ten, which means 10 48mm-valve tubes will cost you just £2.11 each. 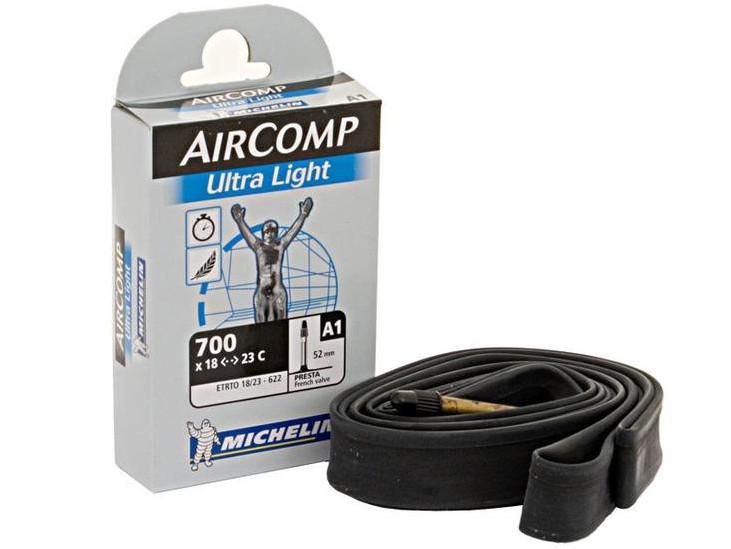 For around a fiver, these 75g butyl tubes will knock off a useful few grams without breaking the bank. 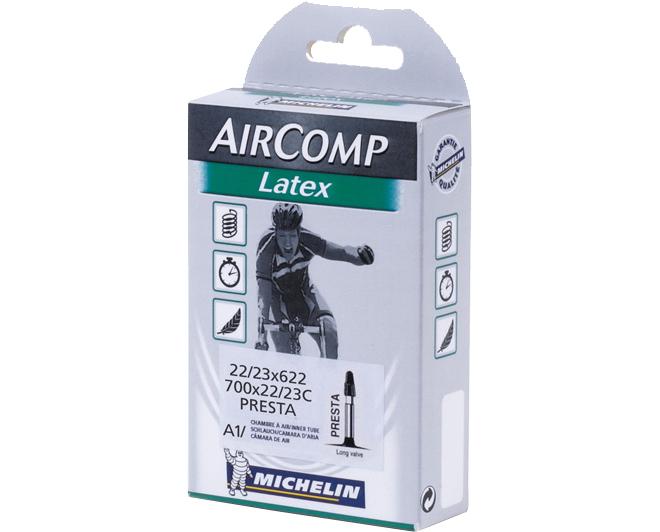 If you want to give latex a try (stop sniggering at the back), then Michelin's highly-regarded tubes are your cheapest and most widely-available option.

At a claimed 75g they're a bit lighter than a standard tube, which is a good start. Being latex they're more flexible than butyl and will therefore reduce both rolling resistance and frequency of punctures.

With a payload of Slime sealant inside a lightweight butyl tube, Slime's Lite tube weighs just 102g, which is less than many standard tubes.

Our tester experienced no punctures while using the Lite tube, but that might just have been the Puncture Fairy looking the other way for a few weeks.

So he headed into the shed and did a simple test, pushing a drawing pin into each tyre. Nothing happened. When he pulled the drawing pins out and gave the wheels a spin, the green goo bubbled out through the holes, then stopped; the Slime had sealed the holes. A pressure gauge revealed the tyres had dropped just 15 psi during this process, from 100 to 85 psi, and the tyres held that pressure during a subsequent ride.

Read our review of the Slime Lite 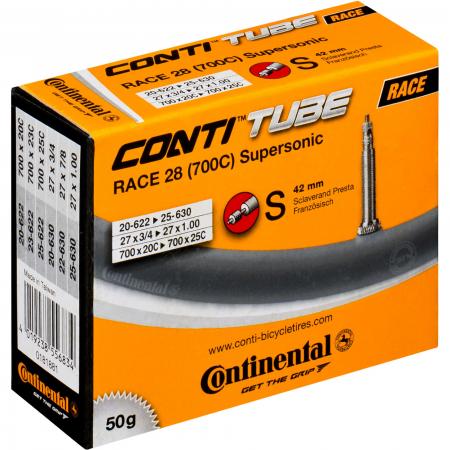 The lightest currently available, these tubes are amazingly thin-walled. That makes them a bit fragile — you need to be careful installing them — but if saving weight is your aim, these are the tubes you need. 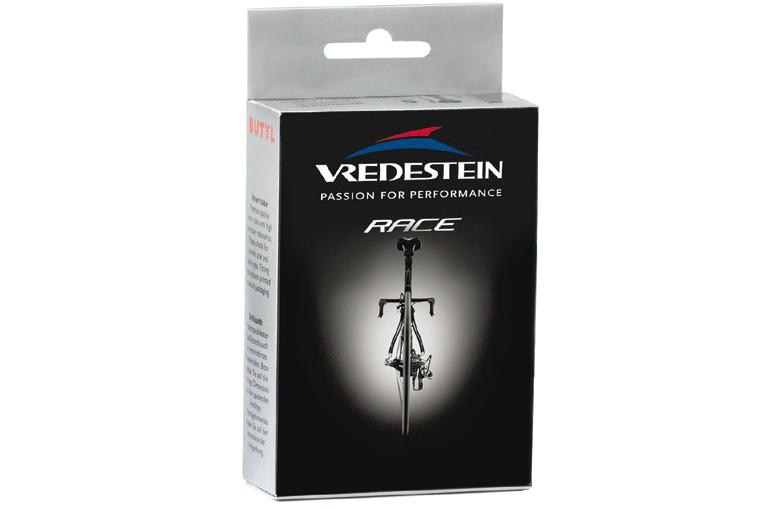 At just 50g each, Vredestein's latex tubes are as light as Continental Supersonics, but being latex will be more flexible and therefore make for tyre/tube combinations with lower rolling resistance. The porosity of latex means you're going to have to inflate your tyres every day, so these are tubes for a special pair of race or time trial wheels, to be rolled out when every second counts.