Week two of the 2014 Giro d’Italia kicks off with a couple of tough medium mountain stages, the first of which will in all likelihood see the race leader’s maglia rosa change hands. After the rest day, the sprinters get a chance on Tuesday, while Thursday sees an individual time trial ahead of the start of the decisive high mountains stages next weekend.

The carnage wrought by the late crash on Thursday’s Stage 6 to Montecassino saw Cadel Evans emerge as the favourite to add the Giro d’Italia title to the Tour de France victory he took in 2011, and saw a number of his pre-race rivals for the overall fall out of contention. That means that some teams of necessity will have to refocus their goals around individual stage wins, which should make for some exciting racing.

Here’s our stage-by-stage guide to week two of the race. You can find full details of all the stages on the Giro d’Italia website, where you can also download the roadbook.

Today’s medium mountain stage heads from Umbria into the Marche region, and it’s one that sees the biggest and toughest climbs to date of the 97th edition of the race, including a Category 1 finish on Montecopiolo, with a hard final climb that hits 13 per cent inside the final kilometre.

It’s the earlier climb of Cippo di Carpegna that will see a lot of riders dropped and bring about a big shake up in the GC. Crested with a little over 35km still to go, officially the climb itself is a little under 8km long, but beforehand there’s another 6km ascent to tackle ahead of a section of false flat. 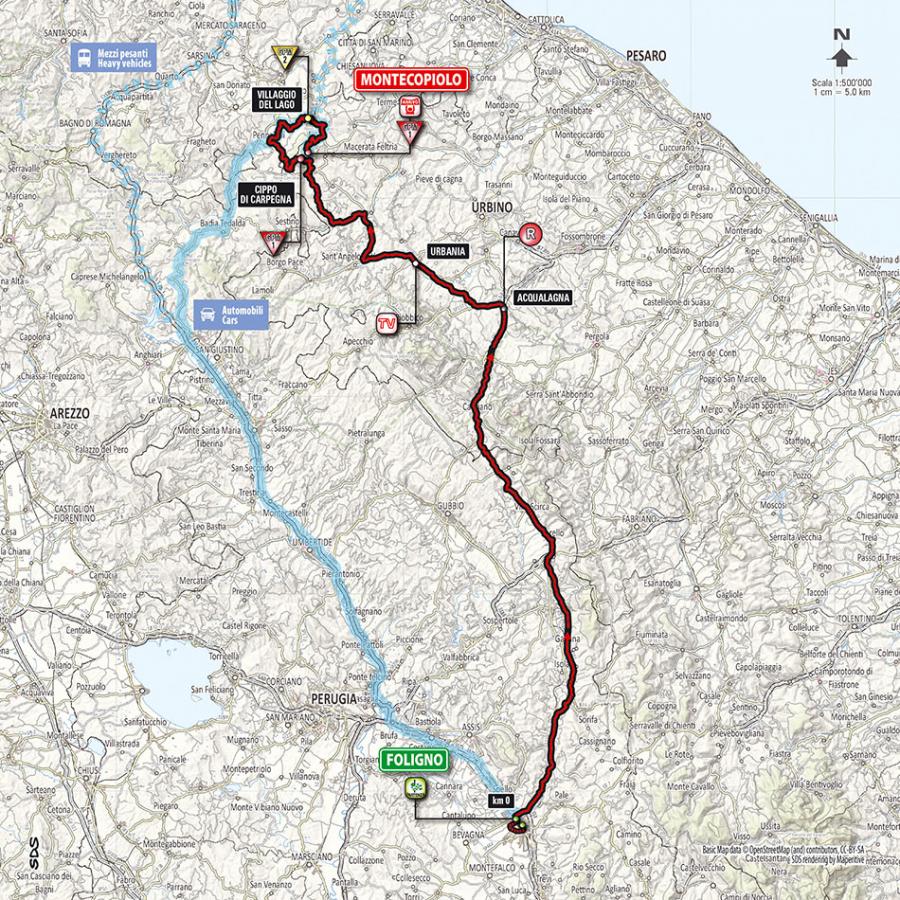 Another summit finish, this time at the Apennine ski resort of Sestola, near Bologna. The first half of the route is flat, and with a rest day coming up tomorrow there’s every incentive for teams to attack, and the racing is likely to be fast and furious from the start.

The day’s break is likely to feature not only those from the smaller outfits but perhaps also riders who began the race with ambitions of challenging for the overall but who have already lost too much time. The final Category 2 climb isn’t the toughest in the race, but at around 20km long there could be some significant time gaps. 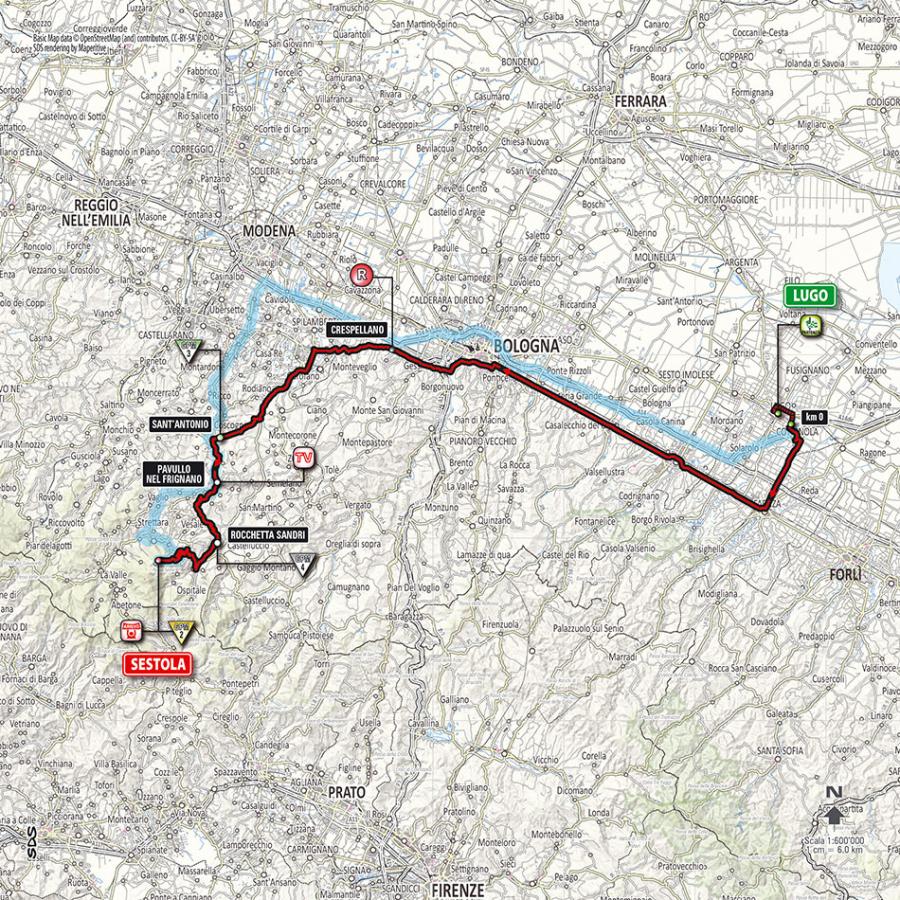 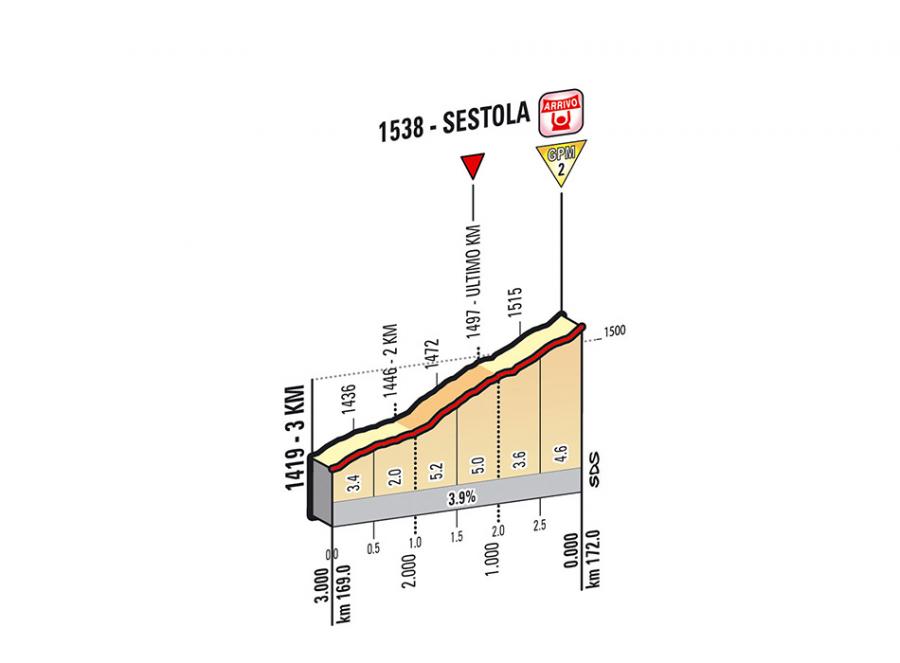 We’re in Reggio Emilia today for a stage that crosses the Po Valley and other than a kick up towards the town of Salsomaggiore towards the end of the route, it’s as flat a parcours as you find on a Giro stage.

It’s a near-certainty that the stage will conclude with a bunch sprint, and with the points classification weighted from this year towards the sprinters, it will be a hard-fought one with opportunities for the fastest men in the race few and far between from now on. 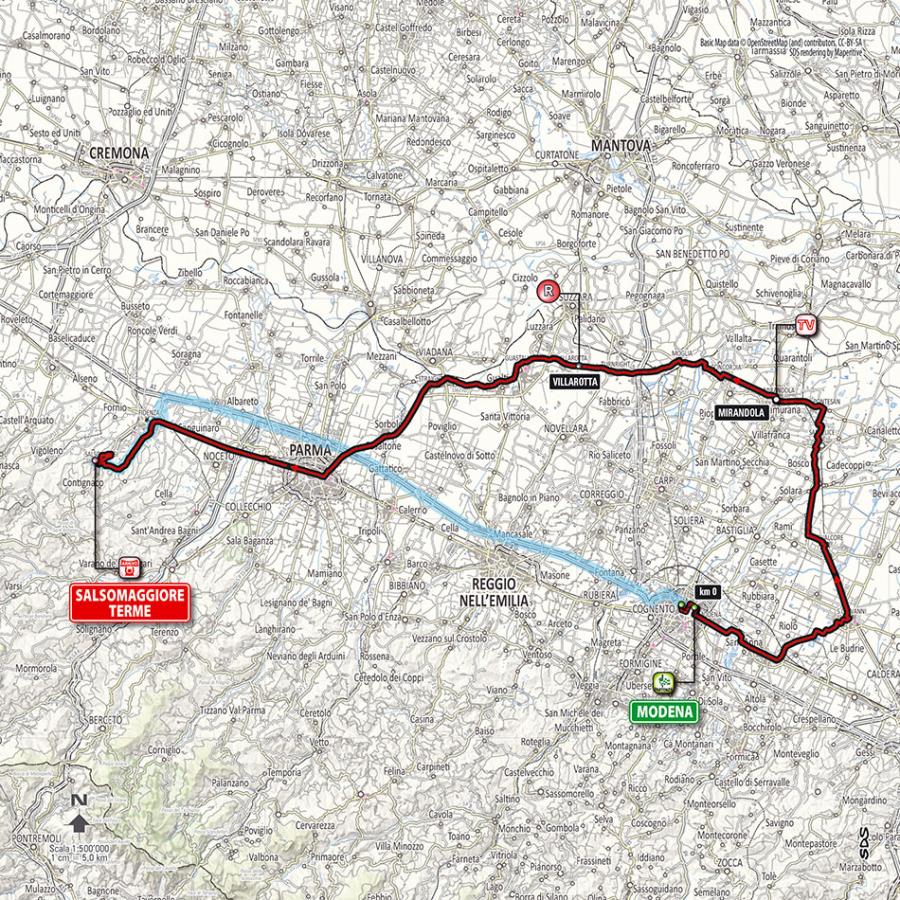 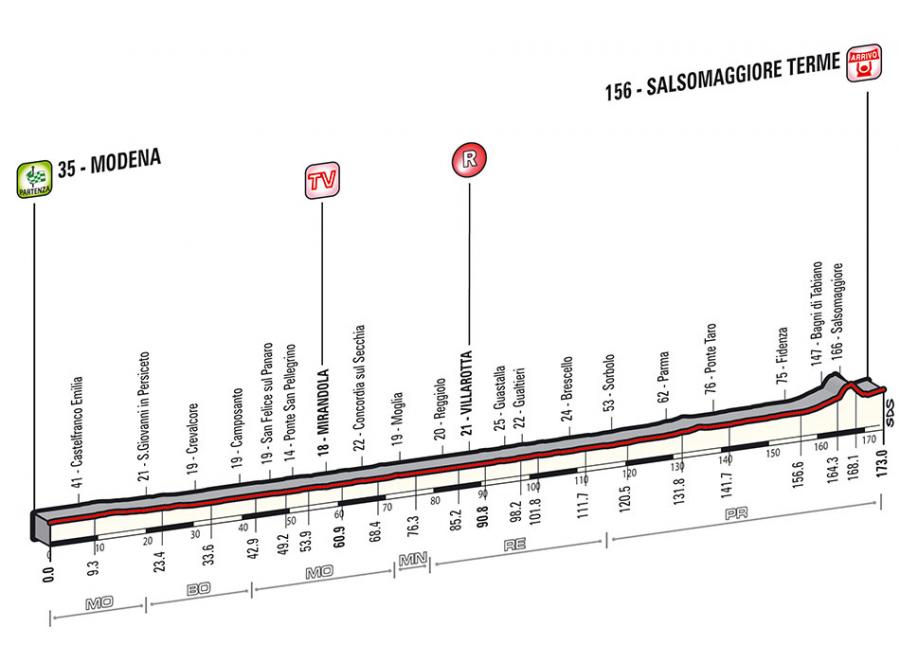 It’s a long stage today, and one that takes the race into Liguria and along some of the route of Milan-San Remo, although with the road heading uphill from the start towards the Passo Cento Croci, and a tough climb of the Naso di Gatto – the Cat’s Nose – looming towards the end followed by a long descent to the finish, there’s no chance of sprinters being around to contest the win.

That, coupled with the importance of tomorrow’s individual time trial to those left in the hunt for the overall win means that the peloton may well be happy to let the day’s break go – and with a potential stage victory on offer, it’s likely there will be a lot of riders fighting to get into it. We’re in the wine-growing region of southern Piedmont for today’s race against the clock, and it’s one that could be hugely decisive in terms of the overall victory – the stronger time trial riders among those left in contention for the GC will be looking to put big time into their weaker rivals, who will be seeking to limit their losses.

The route heads uphill for the opening 12.5km and the first time check at Boscasso, while there’s a flatter section ahead of a second, smaller ascent later on followed by a sharp, fast descent and a final kick up to the finish with an average gradient of 4.2 per cent inside the final 1.7km. It’s a short stage today, and one that heads almost due north and skirts Turin as it heads towards the finish. Two Category 4 climbs are the most significant obstacles, and teams that still have GC ambitions will be content to play a watching role today with the high mountains looming tomorrow.

For the sprinters’ teams, however, it’s another matter; we’re only just after the halfway point in the race, but after today there are just two more opportunities remaining for a bunch finish. That means that the riders who get away in the break today are almost certainly doomed to be brought back in the closing kilometres. The business end of the Giro d’Italia arrives with a Category 1 summit finish at Oropa, and is the first of two stages this weekend that commemorate the late Marco Pantani, winner of the Giro-Tour de France double in 1998, who died ten years ago.

It’s a hard day in the saddle, with three tough climbs after the halfway point, but with plenty of big stages to come in the following days today could see the GC contenders content to mark one another, at least until the final climb, which perhaps gives an opportunity for the break or even a lone attacker, to prevail. 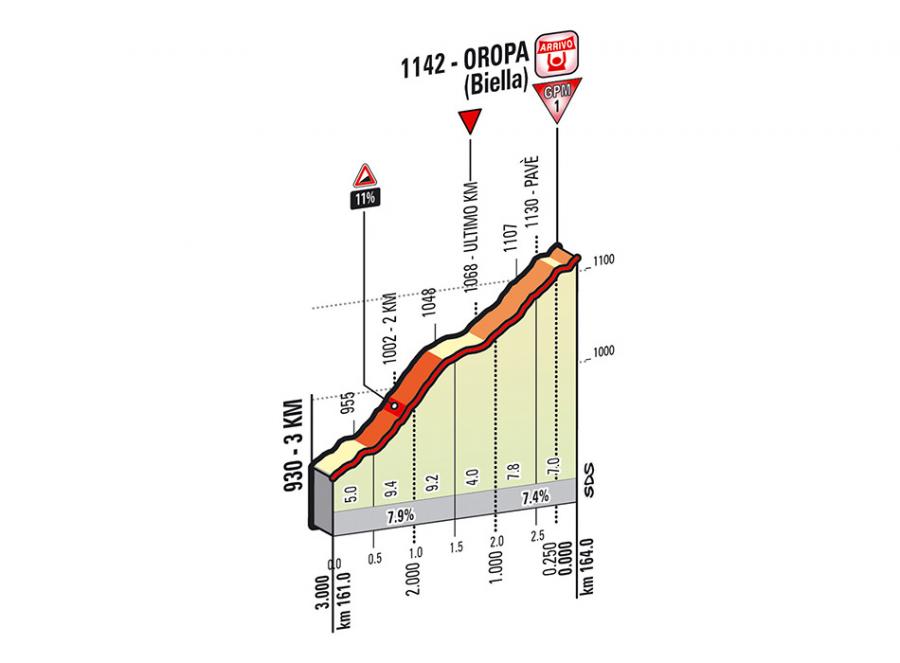