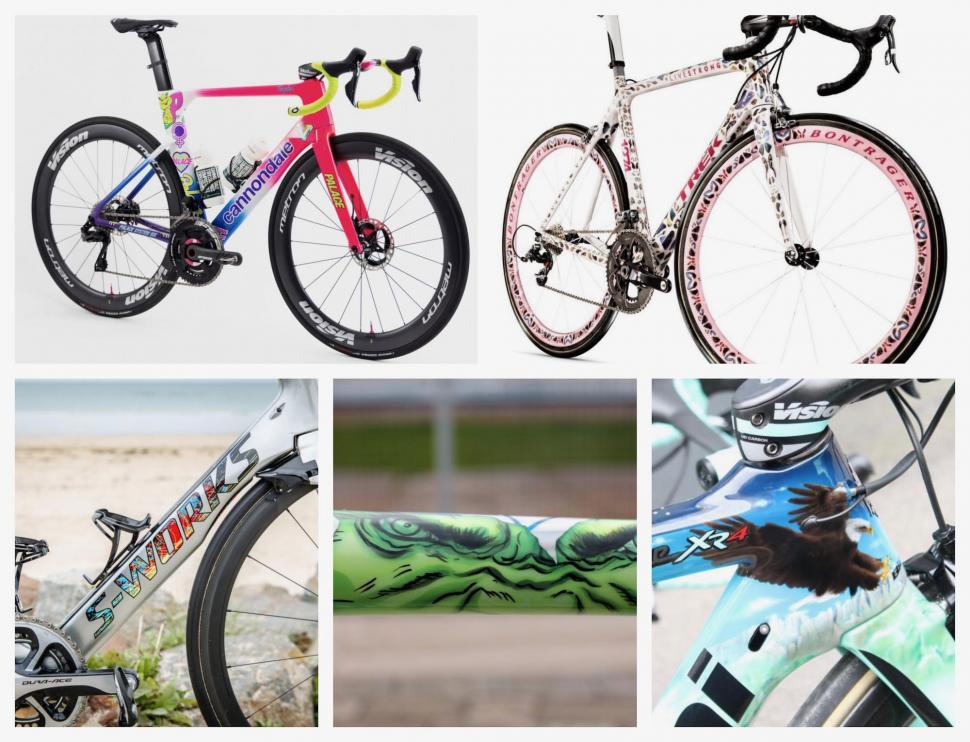 Take a look at the coolest finishes we've seen on Tour de France bikes in the 14 years we've been covering the race on road.cc
by Mat Brett

Pro teams and their sponsors want to stand out from the crowd at the Tour de France – it’s cycling’s biggest shop window, after all – and that often means that bikes get cool new paint jobs; here are a dozen of the best since road.cc started covering the race back in 2009. 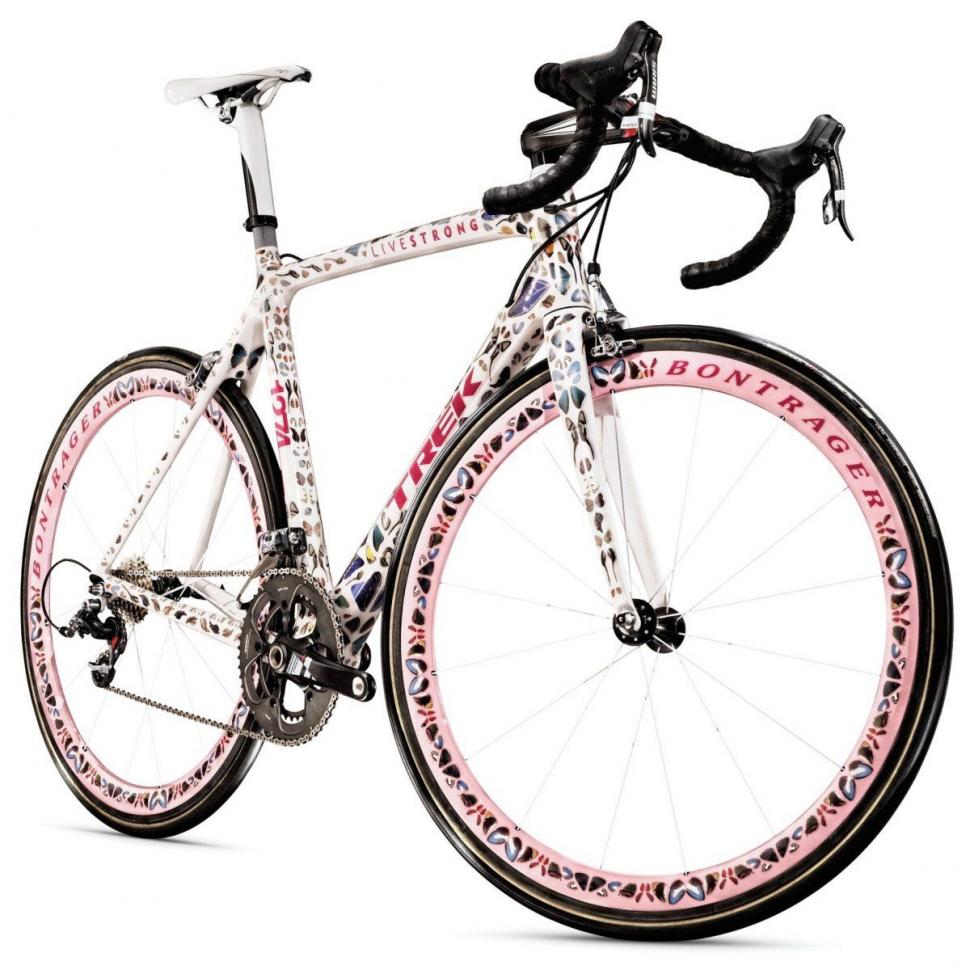 Lance Armstrong rode the final stage of the 2009 Tour de France on a Trek Madone with a butterfly finish designed by Damien Hurst.

Along with six others used by Armstrong during his first season out of retirement – which must be one of the worst decisions in sporting history – the Butterfly Bike raised $1.3 million at auction for the Livestrong charity. 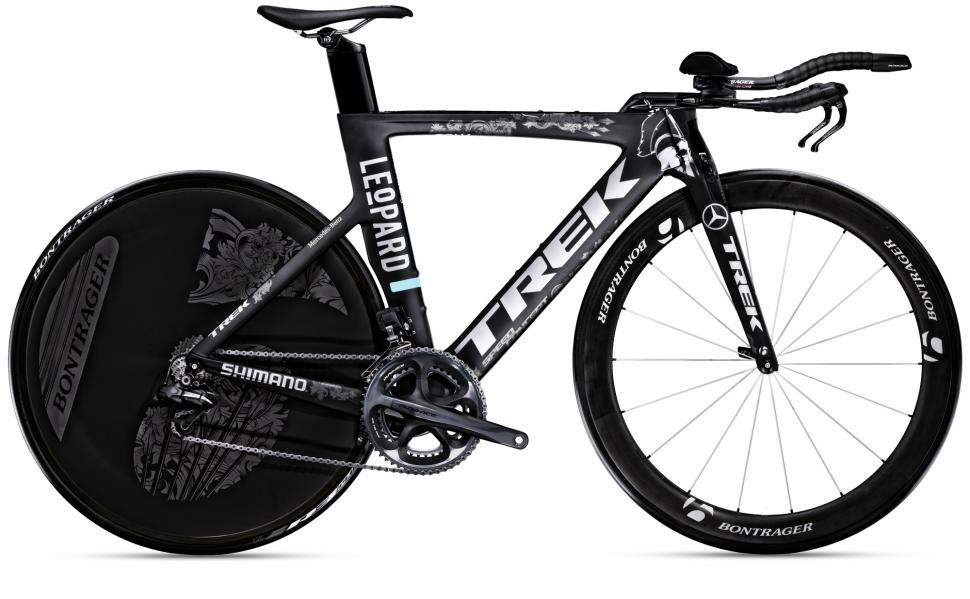 Over the course of his distinguished career, Fabian Cancellara used various bikes with finishes based on his Spartacus nickname, and we like this one from 2011. 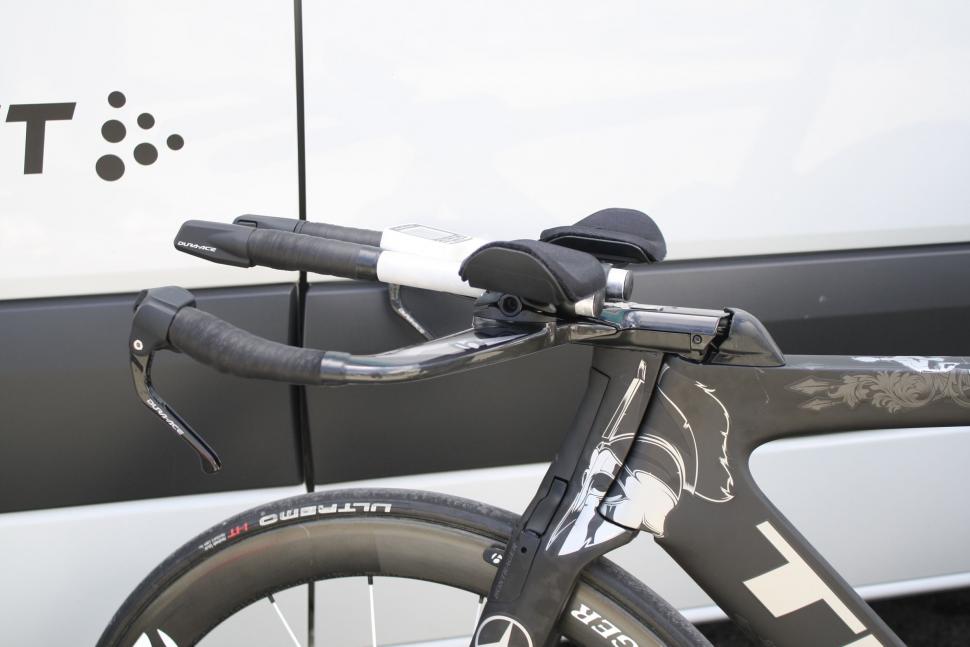 Sometimes nickname-inspired finishes really don’t work but this one is pretty cool. It features a helmet design on the head tube and fork and related imagery on the disc rear wheel.

Peter Sagan made a quick Hulk impression when he won a stage of the Tour in 2012 and that became the inspiration for a paint job in 2013.

Sagan also won the green points jersey for the first time at the 2012 Tour, so there was that tie-in too. The green paint apparently glowed in the dark, although we’re really not sure why that was a benefit on a bike ridden exclusively in July sunshine. 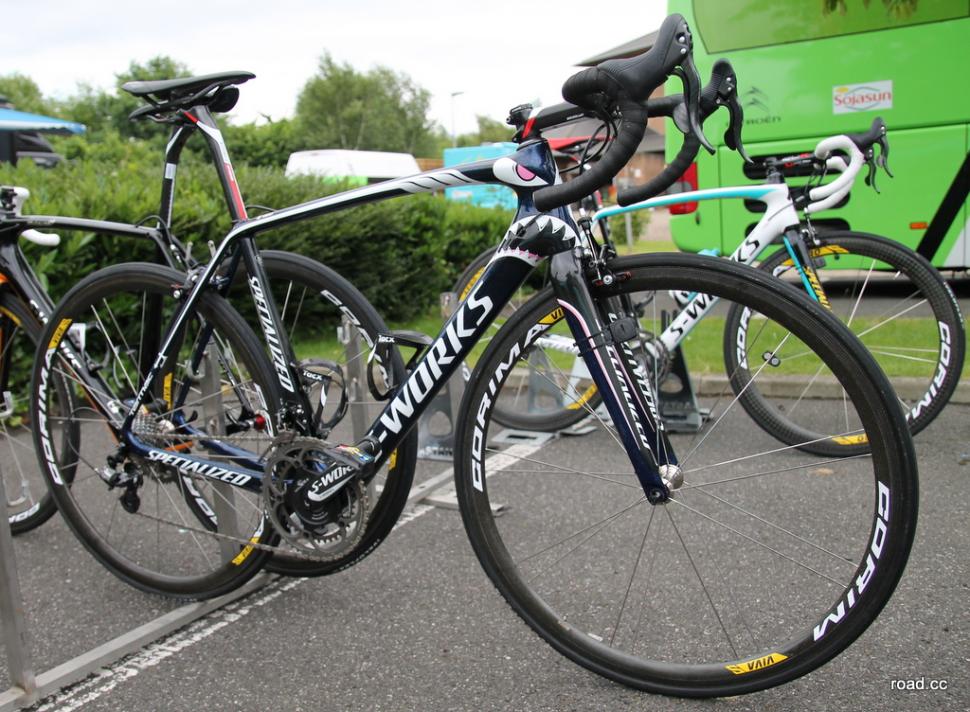 Nibali was nicknamed the Shark and had a whole bunch of shark-themed finishes during his career. This is our favourite. 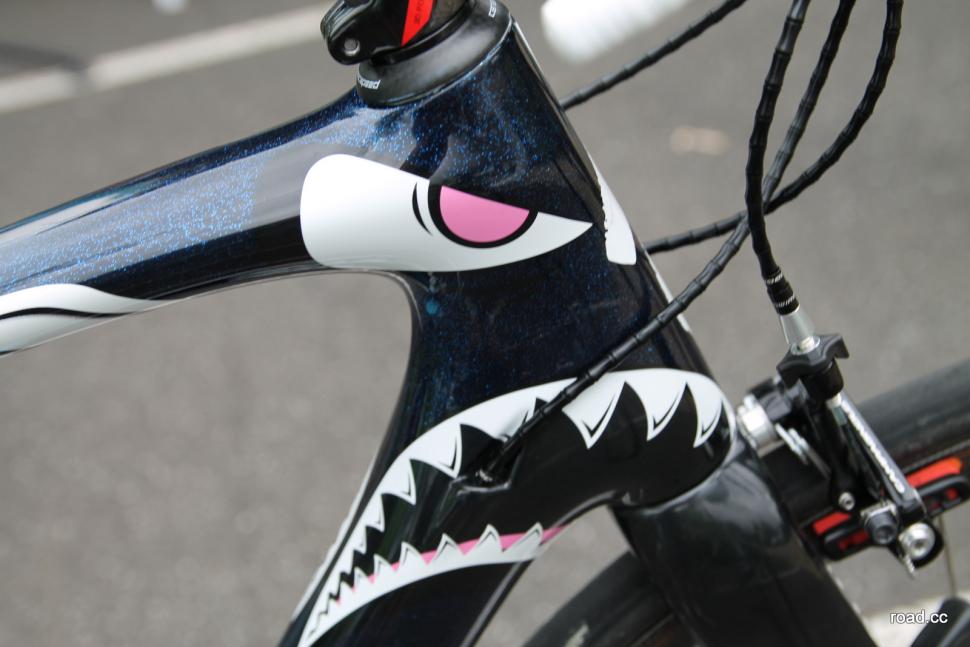 The frame had a blue glitter finish and cartoon shark eyes and teeth. There were even gills along the top tube. Nice attention to detail. The graphics are based on electrons impacting one another in the CERN particle accelerator. And the link with cycling? It was all to do with Kittel’s explosive speed, apparently. Kittel was a quick lad, but 99.9% the speed of light? That’s pushing it.

All we know is that it looked pretty neat. 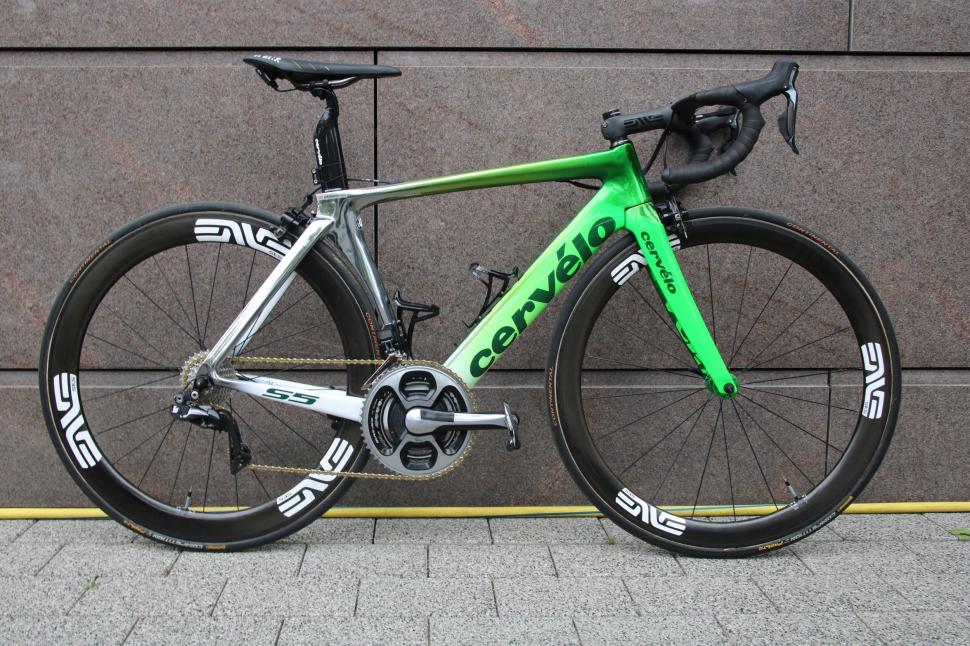 It’s a cycling truism that the less something weighs the more it costs, but the finish on Mark Cavendish’s 2017 Cervelo S5 took this to the extreme. We’re talking about €4,000 for something 10 microns (or 1/100th of a millimetre) thick and weighing just a gram.

Silverstone Paint Technology developed the heat-shielding material for Formula One brakes and engines, and Cervelo added a green dye to produce a fade finish across the frame. It was so thin that you could see the carbon weave through it in places.

We can’t decide whether the picture of an eagle on Roglic’s 2018 bike was cool or, you know, a bit like the sort of thing you see airbrushed to the side of lorries at travelling funfairs.

It was a reference to when he ‘flew’ away from his breakaway group on the Col du Galibier in the previous year’s Tour de France, although we'll forgive you for not making the connection. I mean, there's lateral thinking and there’s plain tenuous. 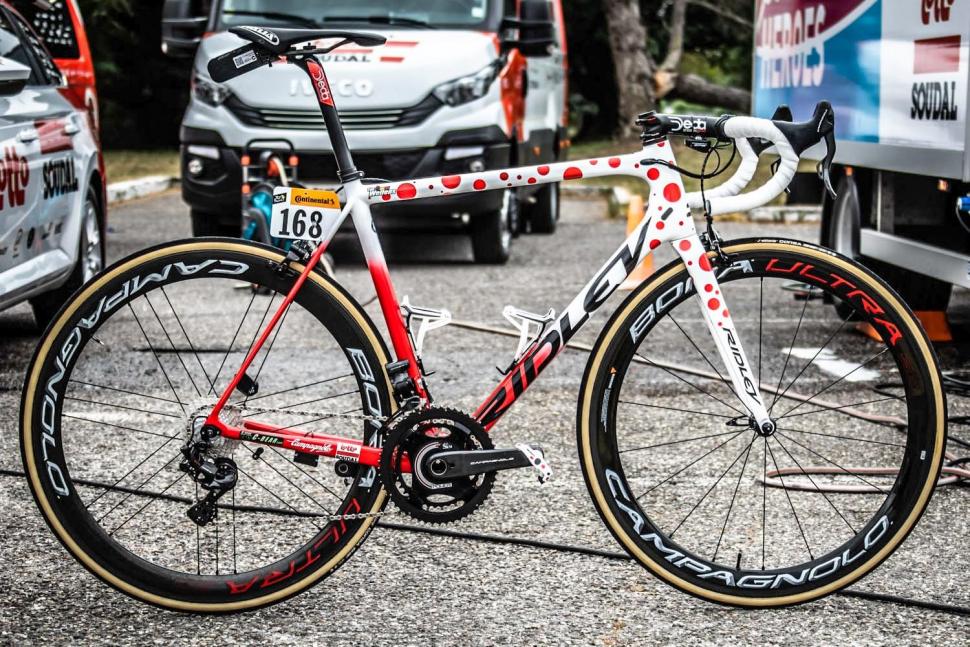 Tim Wellens didn’t win the overall King of the Mountains competition in the 2019 Tour de France but he did lead the competition for a while so his Ridley Helium SLX got a polka dot makeover.

There’s nothing unusual in that – it’s a Tour tradition for sponsors to give competition leaders paint jobs to match their jerseys – but this one is particularly well done. 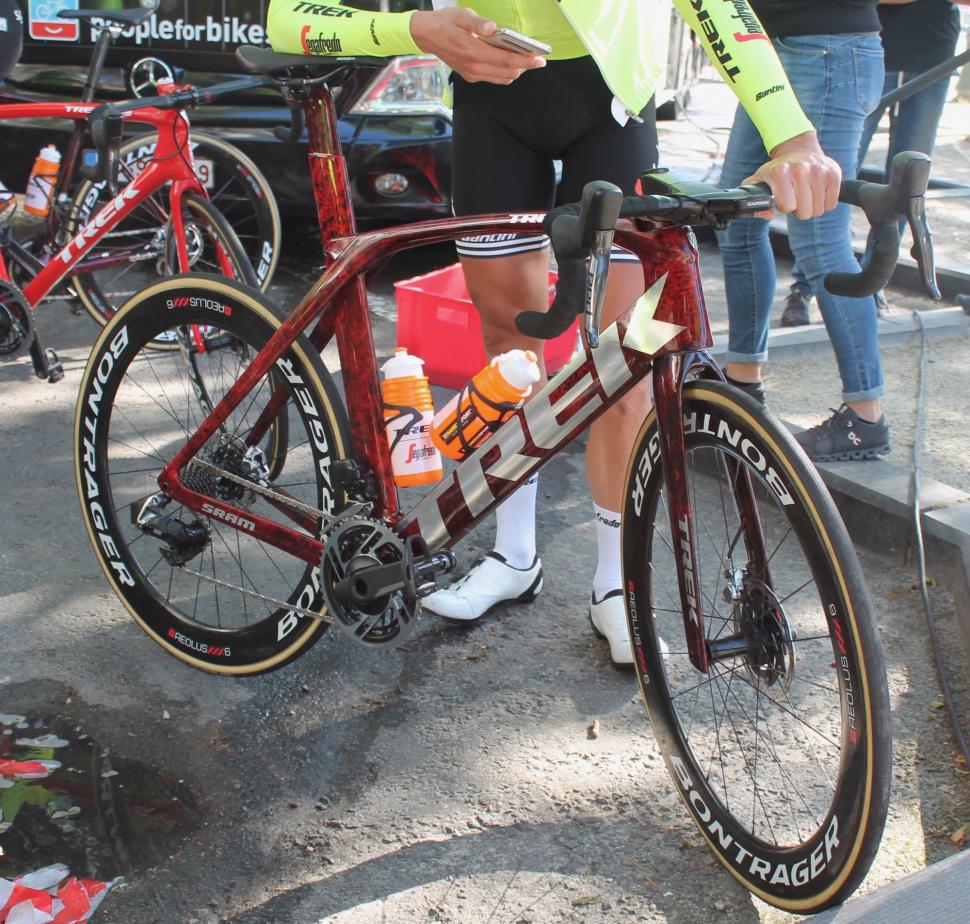 Trek-Segafredo’s 2019 Tour de France bikes were given a ‘Molten Marble’ finish to highlight one of the paint schemes available through Trek’s Project One custom programme. 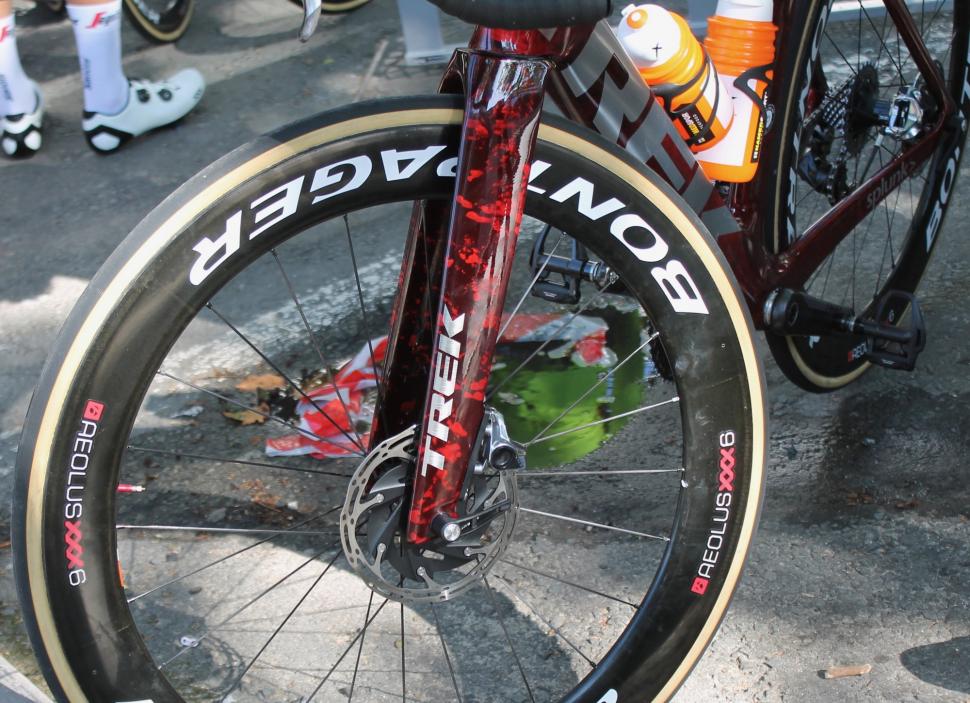 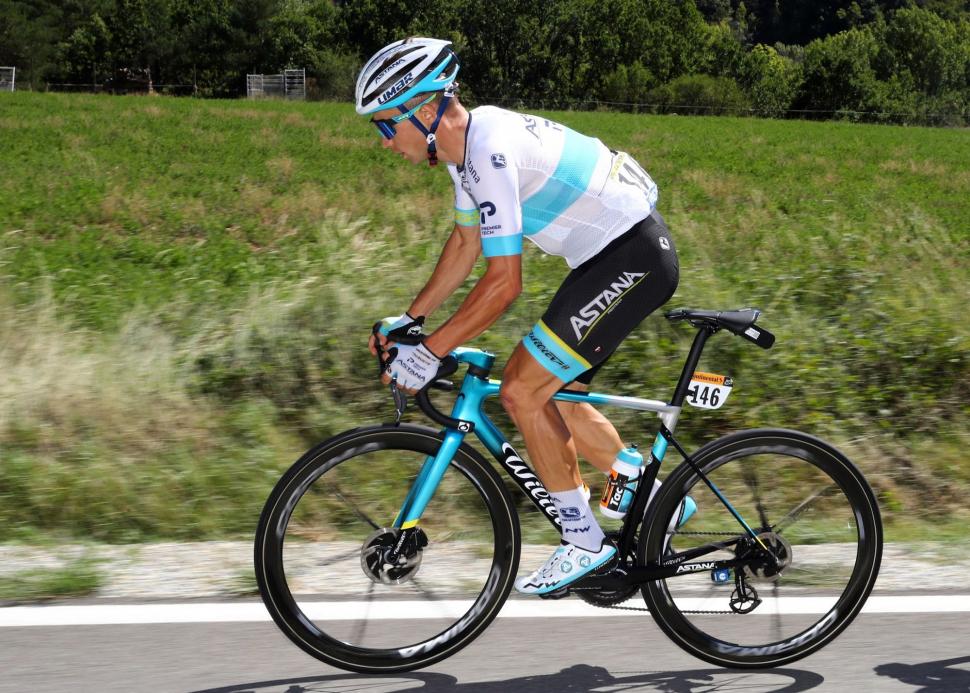 There’s nothing Tour de France-specific about this paint job – it was the standard Astana finish at the time. We’ve just included it here because it’s gorgeous! 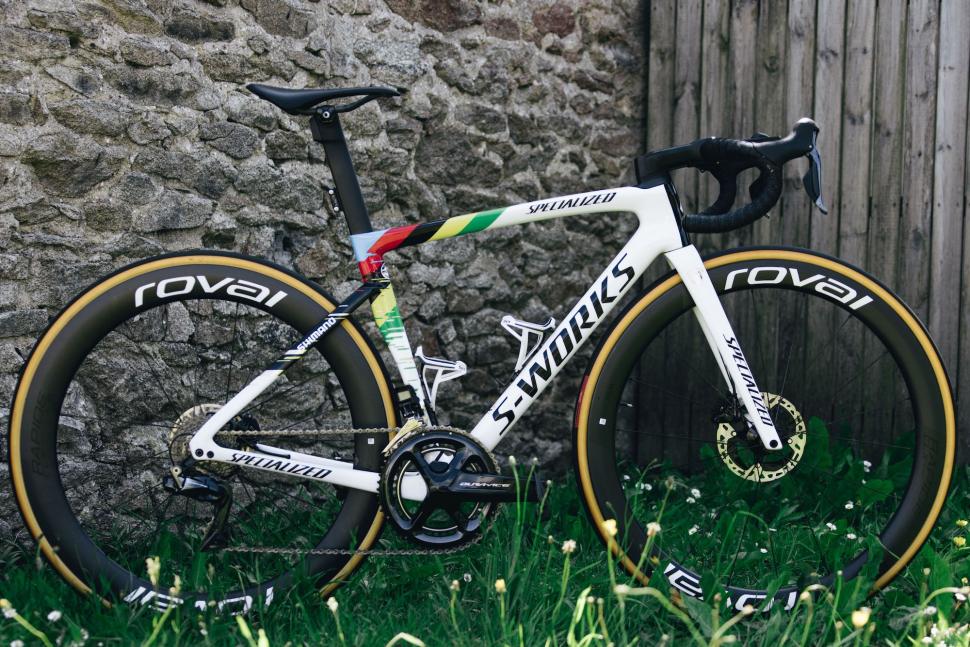 When you’re world champion you’ve earned the right to stick rainbow stripes over pretty much everything you own. Specialized did a great job on Alaphilippe’s bike last year. 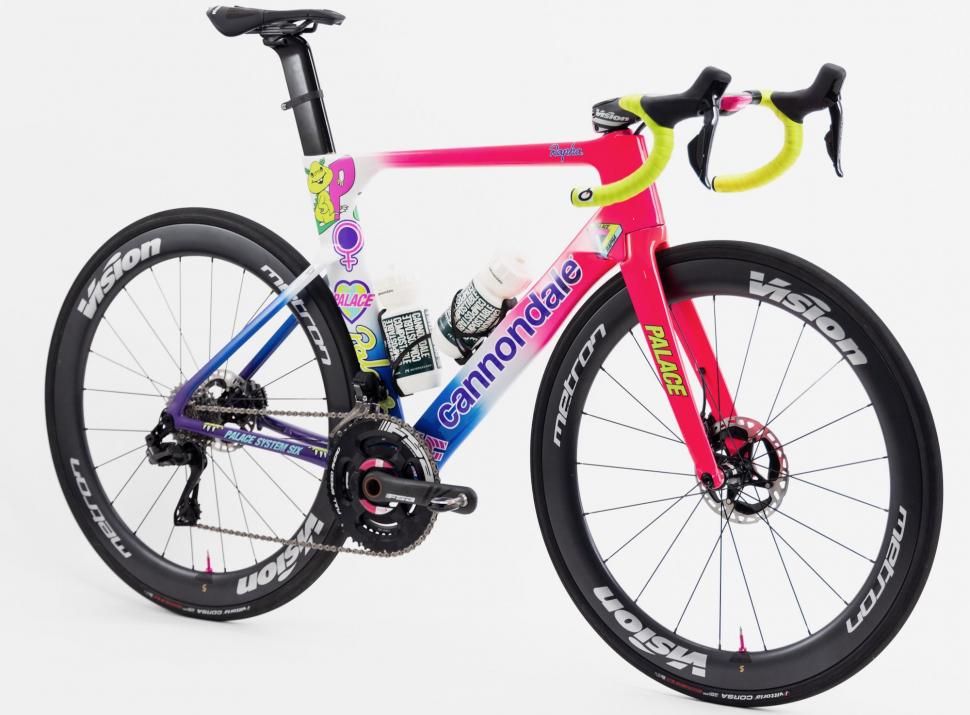 Judging by your comments, it’s a design that divides opinion.

What did we miss? And which would you ditch? Let us know in the comments below.