We really like that Shimano has brought Di2 to its 105 groupset, but it isn't all good...
by Liam Cahill

Shimano 105 Di2 is a brilliant groupset, but there are still some things that we really hate about it. Here are 5 things that we’re really not that keen on.

Wireless in name only 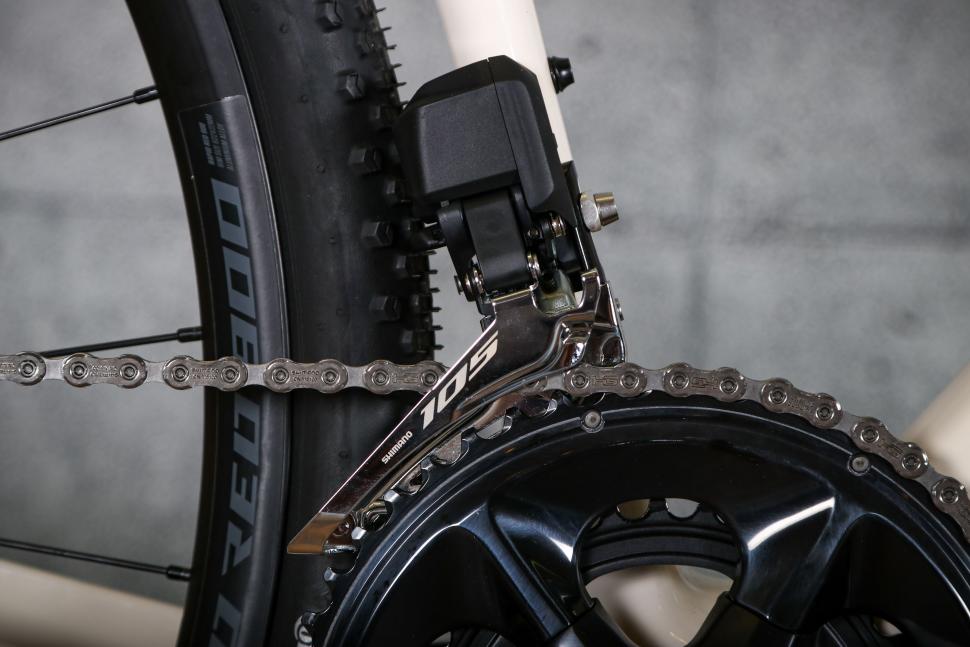 The first issue that we have with 105 Di2 is the same issue that we share with all of the latest 12-speed Di2 systems. We don’t think that you can call a groupset wireless if there are wires running between the battery and the derailleurs. This annoys us on a number of levels. Firstly you're not actually removing that many cables and the ones that you are removing are arguably the easiest to route.

The main cable that has gone is from the shifter down to what used to be the Junction B box, but this was threaded down through the head tube and came out at the bottom bracket which made it one of the easiest cables on the bike to route. Now we're all for making life simpler but seeing as you're still going to need to route the hose for the rear brake through the frame, the omission of one small Di2 cable isn't actually that helpful.

> Shimano road bike groupsets 2022 — Everything you need to know

Any mechanic that feels capable of installing a new group set to their own bike wouldn't be phased by routing such a small cable. For really fast groupset installs SRAM still wins.

And then we have the fact that most of these group sets will be bought on full bikes making the wireless feature simply a selling point. 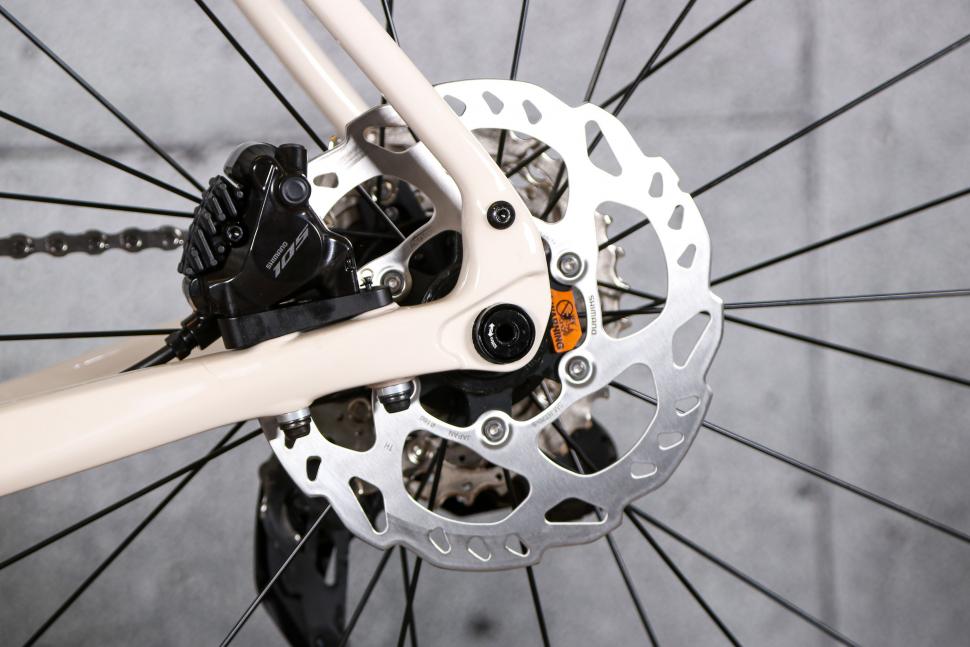 With the sales of disc brake road bikes absolutely dominating the market these days it's no surprise to see the humble rim brake group set being phased out. But with the phasing out of what was one of the most affordable racers group sets, we are concerned that there will be a gap in the market where a section of riders will be left without a product for them.

There is a popular saying amongst local road racers which goes “race what you can replace.” For the majority of junior races and people that just want to give the sport a go at the weekend, Shimano 105 always represented a great balance of performance, and not crying in the car on the way home because you've just cost yourself hundreds and hundreds of pounds due to a crash in the sprint finish.

> 8 reasons not to get disc brakes

There is another aspect to consider as well. Which is that rim brakes are actually really really good. Okay, so we know the benefits of disc brakes: They offer more power than a rim brake and give better modulation too. They also continue to provide that power in wet weather and when set up correctly there is really no maintenance required.

But that doesn't mean you can't have a good bike ride while using rim brakes. There are plenty of us that came up using rim brakes and we still had an absolute blast on our bikes so you definitely don't need disc brakes to enjoy cycling.

There are still rim-brake options available in the form of the 12-speed Ultegra and Dura-Ace groupsets but it's still sad for the humble 105 rim brake to bite the dust. That means less choice for consumers and the potential to have to pay even more. (Apologies for the hiccup in the video) 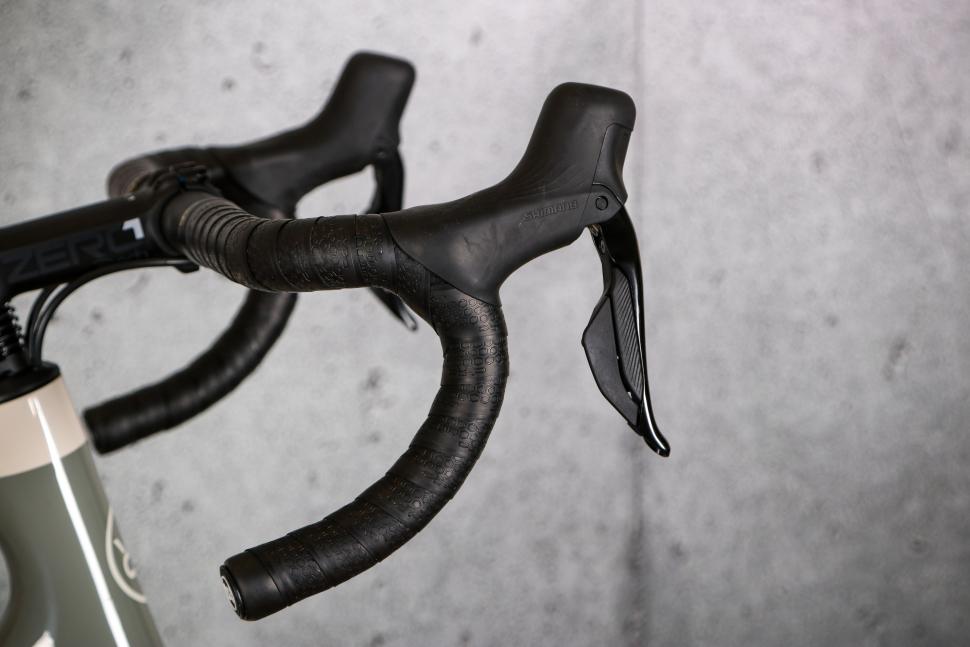 In a similar vein to our point on rim brakes, mechanical shifting has always offered the best balance between price and performance when it comes to your groupset. Well, this is the cheapest ever Di2 groupset but we still don't think it offers better bang for your buck than 105 mechanical did.

Maintaining mechanical 105 front and rear derailleurs was a rather simple task and if you were ever stuck, there was always a helpful YouTube video to guide you through the process of setting limits, indexing, and optimising cable run.

There are also plenty of practical advantages to using mechanical shifting with the first of those being that it's never ever going to run out of battery when you’re miles from home. This is something that has happened to me on several occasions and while you think I'd have learned by now, it seems that I can keep making this mistake.

Okay so a mechanical groupset can go wrong but you can generally bodge into a suitable gear to get you home. When the battery on an electronic groupset goes flat there's absolutely nothing you can do but crawl your way home in the gear you’re stuck in, or find the nearest bike shop and hope that they’re open. 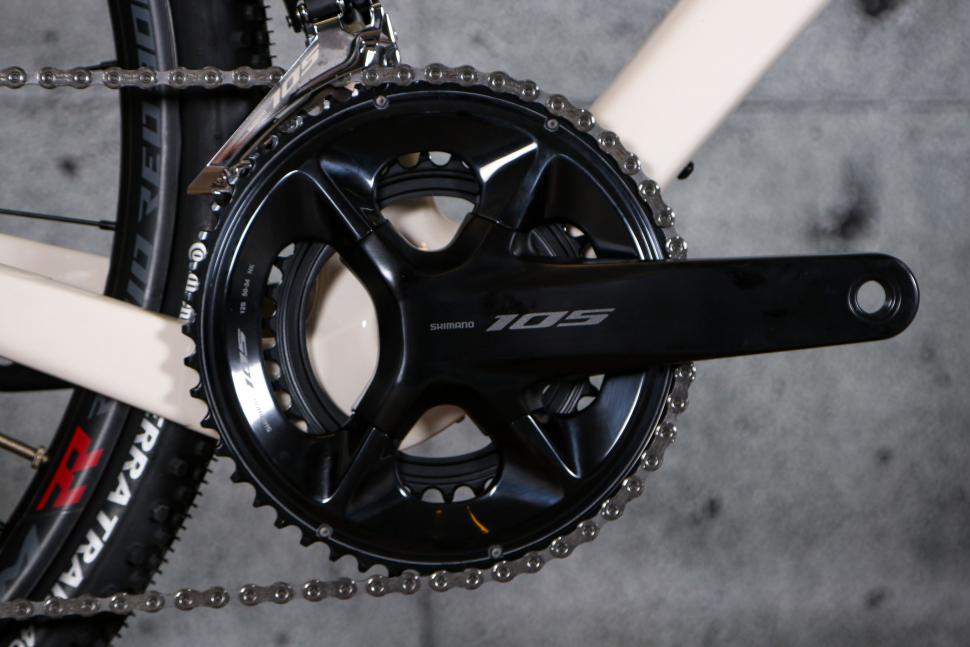 We've already touched on the fact that Shimano 105 DI2 has long been seen as the entry-level racers groupset. This was because you could get the full groupset for well under £1000 which made building up a brilliant bike relatively inexpensive and that allowed the largest number of people to give cycling a go with a brilliant bike. These days entry-level electronic shifting bikes start in the region of £3000 which for a huge amount of people is just silly money.

But if we take a look at the actual figures when compared to Sram Rival eTap, the picture is even worse. Rival eTap as a group set costs around £1300 whereas the new Shimano 105 Di2 groupset will cost you over £1700.

But thankfully, Shimano does claw back some ground here as it looks as though prices for 105 Di2 bikes will be closer, if not cheaper than Sram Rival eTap bikes. Given that this is how most people will be buying the groupset, it is likely to be the most important factor. 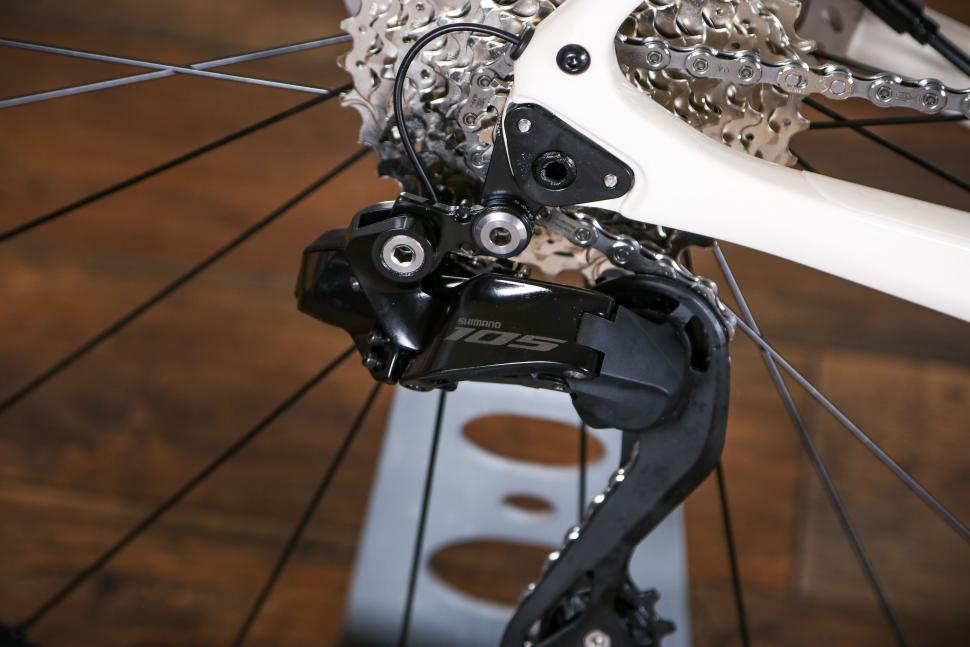 In our eyes, one of the stranger decisions that Shimano has made with its new 12-speed Di2 systems was to pack all of the brains into one of the most exposed parts in the whole groupset.

Essentially, Shimano has made the rear derailleur the control centre for the new groupset, packing the shift signal receiver, Bluetooth communicator and a few other bits into the derailleur body.

This then connects, via a wire, to the battery and then runs to the front derailleur.

But derailleurs have always been an exposed part of the bicycle and they are generally the 1st to take a hit in a crash so what's the problem? With all of the brains of the system being packed into the rear derailleur, it has become the most expensive component within the groupset. That means that if you slide out in a corner, come down in a sprint finish or simply get ridden into by another rider, you could have a very expensive repair bill.

We do wonder why the clever bits weren’t simply bolted onto the battery which is, these days, hidden away inside the frame or seatpost. Anyway, if you wreck a rear derailleur, be prepared for it to be a very costly day on the bike.

So, while we do love Shimano’s 105 Di2 groupset, it isn’t all sunshine and roses. Is there anything that you don’t like about this groupset? Let us know in the comments below.