David Else gets his knobblies on and hits the dirt to try the new cyclocross sensation that's sweeping the nation… well, bits of it
by David Else

Cyclo-cross bikes are the trendiest thing these days, but not many are ridden in real ‘cross races. So along comes the next big idea: CX Sportives. They’re chance to ride your ‘cross bike on a challenging route with a mix of on-road and off-road sections, plus all the usual sportive accoutrements such as arrows, feed stations and chip timing. And jolly good fun they are too.

So it’s not surprising to see a big crowd of several hundred riders descend on the village of Woodcote, deep in the Chiltern Hills between Reading and Oxford, all set for the Woodcote CX Sportive at the end of January.

This event is now in its second year, and definitely growing in popularity - as evidenced by the HQ car park totally filling up a good hour before kick-off - with an impressively wide range of bikes at the start-line. 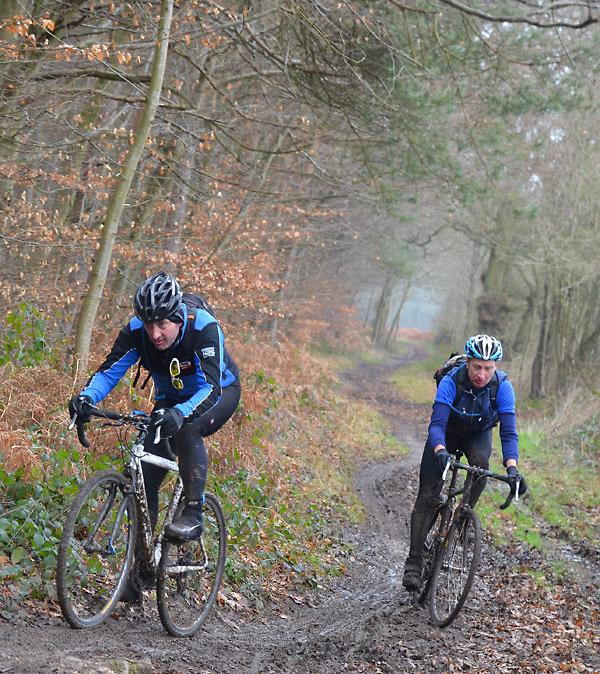 Lots of ‘cross bikes, of course. But lots of mountain bikes too, in all their wondrous varieties - full suss, hard tail and rigid. But this sportive is for *any* type of bike - so there are all kinds of hybrids, plus commuter bikes, touring bikes and a fair smattering of road bikes too.

I’m in that last camp, riding my winter road bike - which is also my summer training bike, and my all-year audax bike, and my occasionally-riding-to-country-pubs bike. It’s an old Marin Alp with drop bars and a triple chainset, plus mini V-brakes so I can just fit in some 700x32 tyres with a bit of chunky tread. I’ve also taken off the mudguards. Also the bottle cages, on the assumption I might have to carry the bike ‘cross-style on the worse sections. 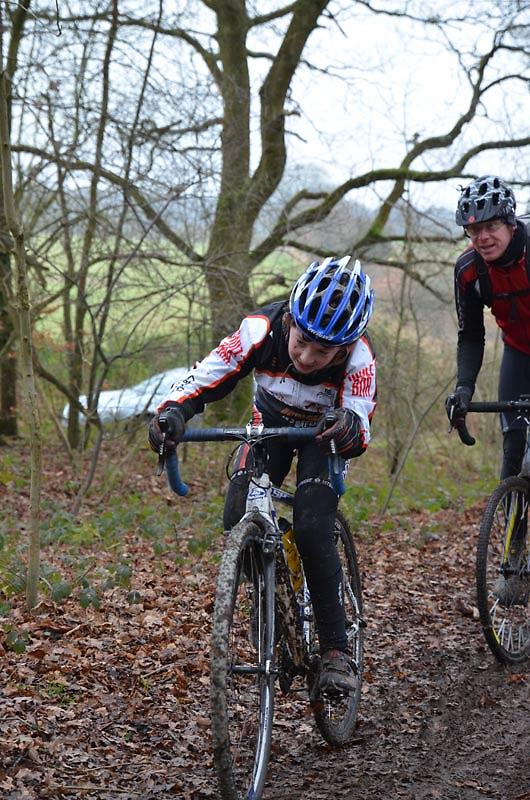 It’s 9am and off we go. Down the tarmac lanes for a few miles, then onto farm tracks and concrete estate roads meandering through the countryside. At first, the ‘cross bikes are proving to be the mount of choice - especially on the hills. Out of the saddle, thrust, thrust, thrust, and they’re over the top, leaving the guys on fat tyres wallowing in their wake. But then the arrows point us into the woods and we’re following muddy bridleways, where fat tyres give the MTB crew a definite advantage, and the ‘crossers are sliding about all over the place. Next, we’re on a gravel byway, and the cross bikes have the upper hand again.

And so it goes. There are three routes to choose from (80k, 60k and 40k), but they zig and zag wildly to join up all the off-road sections, and we’re never more than a few miles from the HQ. I completely lose my sense of direction and just keep following the arrows, as we switch from road to trail and back again - and occasionally deal with bits of technical singletrack as well. 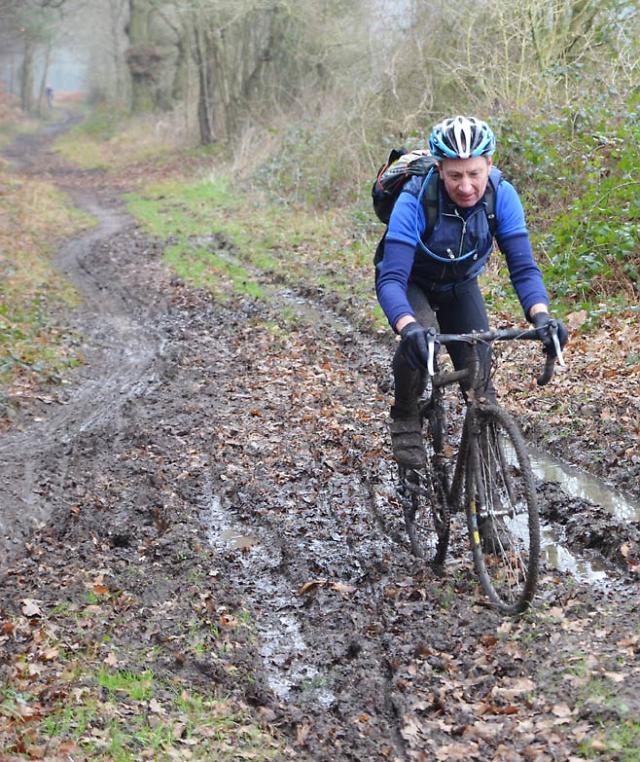 It’s muddy. Yes indeed. I’m plastered in grime. Oh yes. But the bike is just fine, the tyres are doing their job well, and I’m rolling along - and loving it. I certainly didn’t need to carry the bike, but I’m glad I took off the bottle cages. Judging by the numbers of abandoned bottles lying in the mud, keeping kit fixed to the bike on a ride of this nature can’t be guaranteed.

For the same reason, I haven’t fitted a computer, so as well as losing sense of direction, I lose track of time and distance as well. After a while, I ask another rider -- an old-time tourist complete with bar-bag and map-case -- how far it is to go. I then feel like a total twerp when he tells me the finish is about a mile up the road. But any embarassment is soon forgotten as I find myself back in well under 4 hours for the 80k route - which gets me a gold standard.

Would I do it again? Yes. Would I do it on a cross bike or modified road bike, rather than mountain bike? Every time. Would I recommend it? Definitely. If you’re looking for something different, and you’ve got a suitable bike, I’d say a CX Sportive is well worth trying.

Of course (as with road sportives), you could save money by not entering and just go out on your own, but this way you’re in the company of other cyclists - with a bit of friendly roadie-vs-MTB needle thrown in - and it’s a good-fun, low-stress way to get a decent ride ,especially when the winter weather makes it hard to get enthused about going out.

The organisers of the Woodcote CX Sportive are also offering the South Downs CX Sportive, at Duncton, West Sussex, on Saturday 10th March 2012. For more information on this and other events through 2012 see www.cxsportive.com