Italy’s Filippo Baroncini attacked late out of the lead group to win the rainbow at the men’s U23 World Championship road race in Leuven, Belgium this year, and his Cinelli Pressure has now been given the rainbow treatment. Swivel the handlebars to one side and you’ll spot this neat detail… 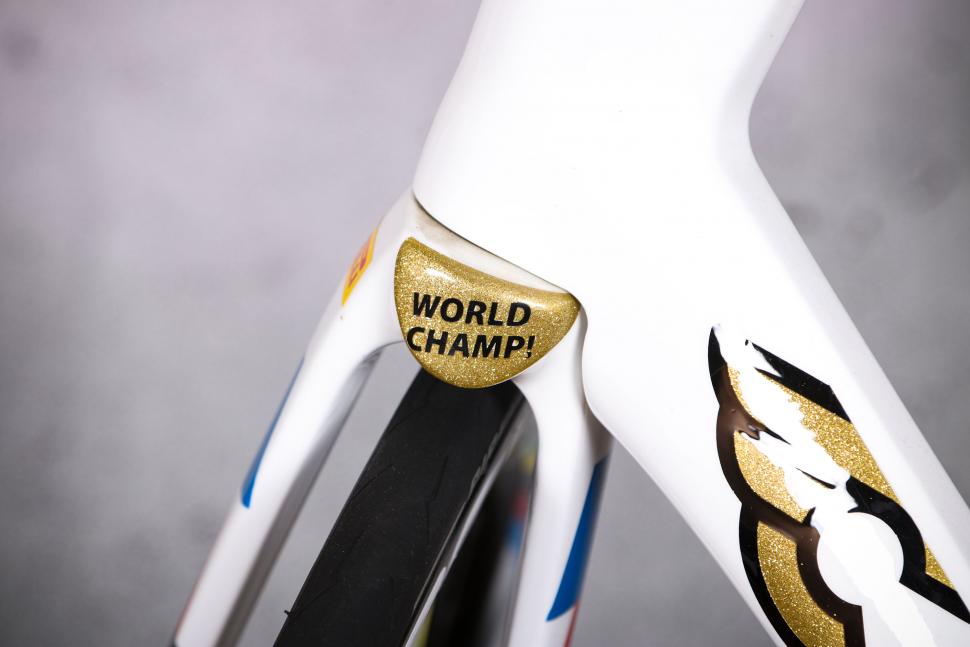 The Italian cyclist rode for the UCI Continental team Team Colpack-Ballan in 2021, but he is due to ride full-time for Trek Segafredo next season. Cinelli’s aero bike, the Pressure, has a 990g monocoque frame made from Toray T700 carbon-fibre. An aero seat tube and dropped seat stays are included for aero gains and added stiffness. 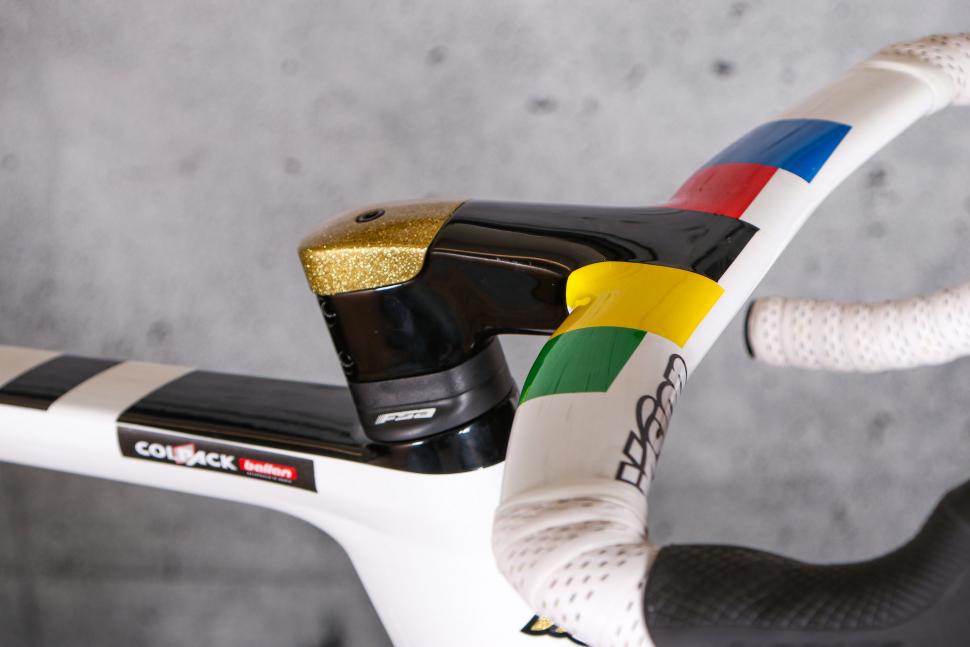 No cables are visible at the front end. Using Vision’s Metron 5D handlebar's ACR system, with a fully integrated bar, cockpit headset and fork, all cables have been routed internally through steerer tube to reduce wind drag further, while also contributing to the clean aesthetics. 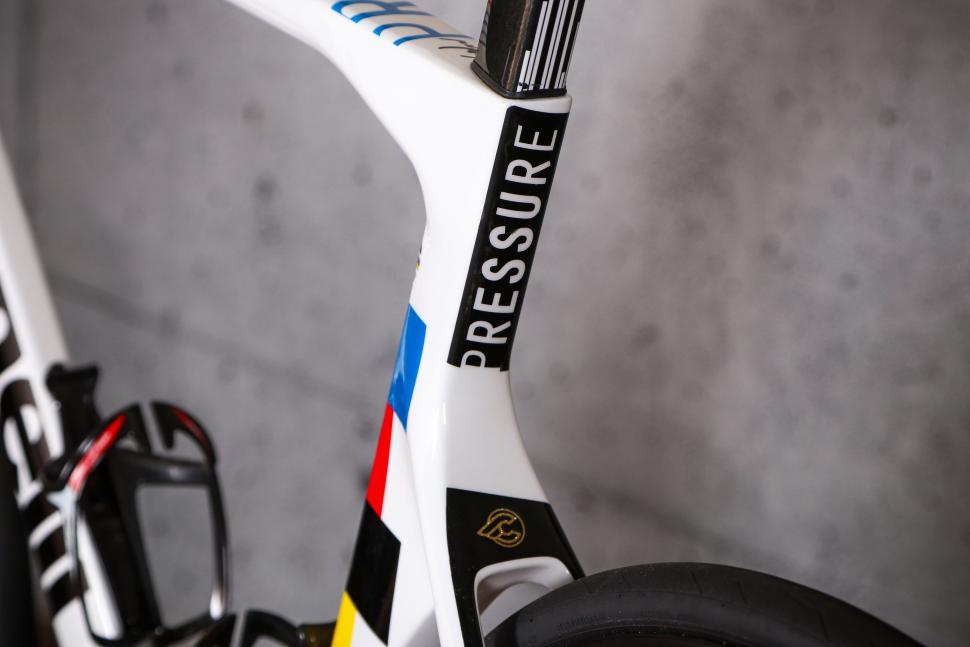 The use of PU Molds in the curing, according to Cinelli, allows for more efficient internal wire passage.

Geometry wise, the reach is a little shorter and the stack a touch higher than the Specialized Tarmac SL7, but with a reach of 385mm and stack of 539mm for the size medium it still gives a compact race-y position. 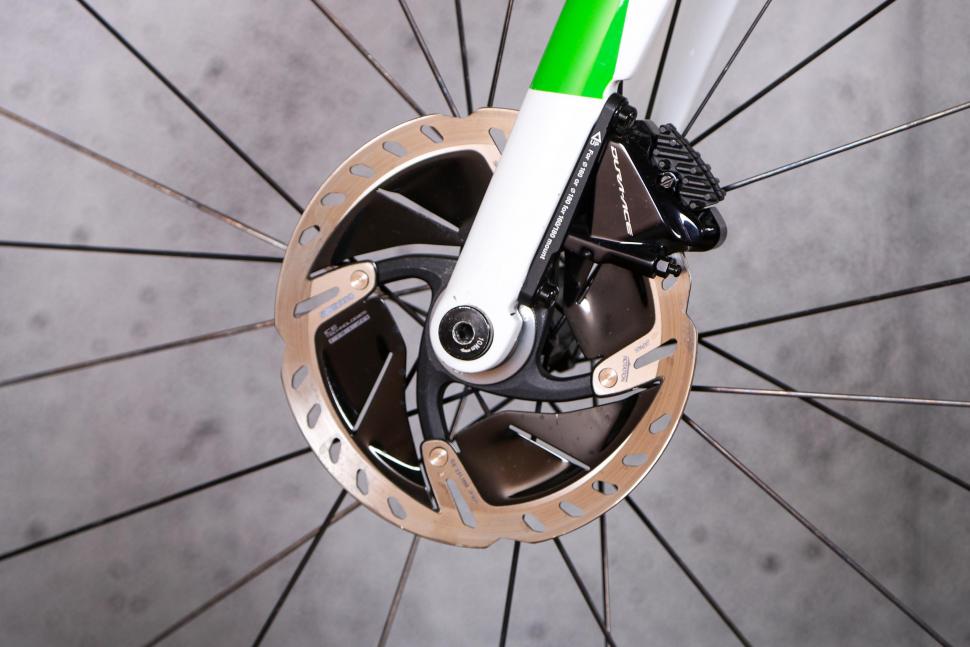 The Pressure has been specced with 160mm disc brake rotors on the front for increased braking power and 140mm on the rear to make the braking less grabby and to save a touch of weight. 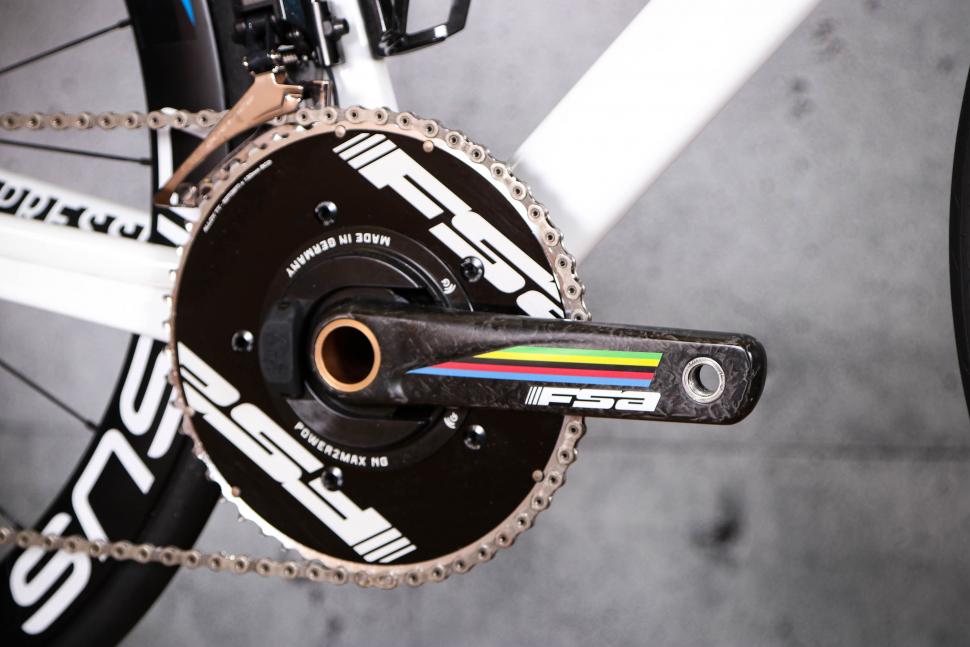 Gearing wise, Baroncini has been running FSA’s Powerbox Aero Stealth 53/46T chainrings and a 11-30T cassette at the rear. 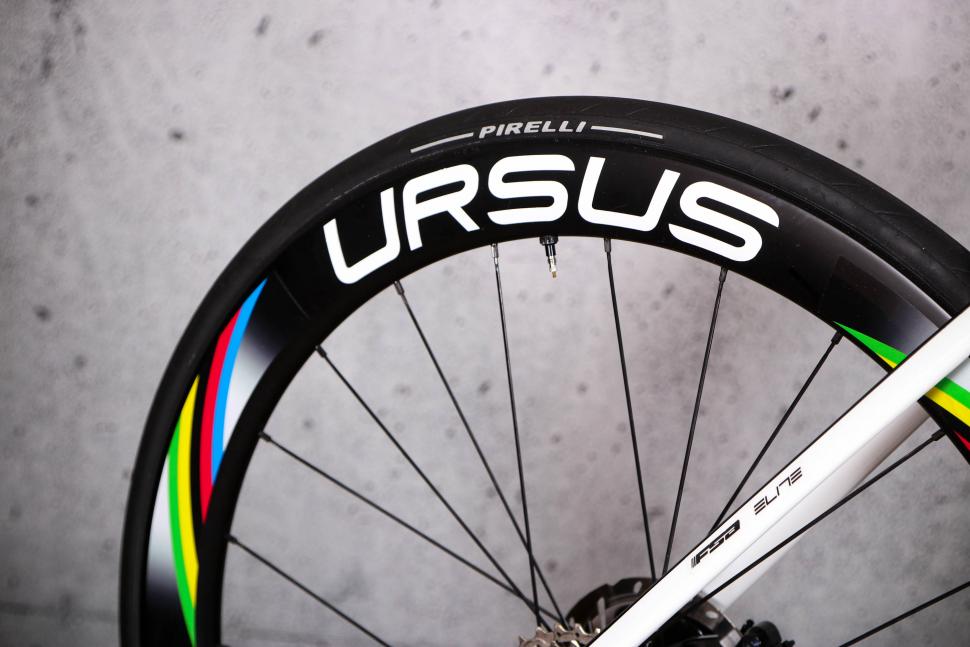 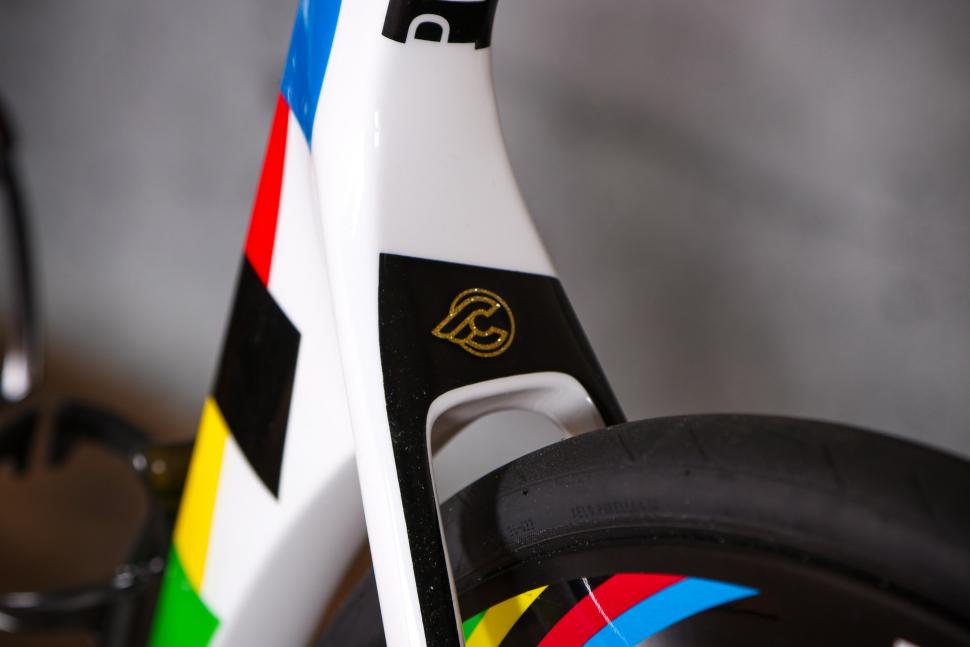 There’s clearance for 30mm tyres but it’s Pirelli’s 25mm wide all-rounder racing P Zero Race TLR tyres that are wrapped around the Ursus performance wheels. The TechWALL+ Road carcass is designed to improve the reliability against punctures without affecting the weight of the tyre while the SmartEVO Compound, according to Pirelli, enhances the grip performances both on wet and dry tarmac compared to its previous cycling compounds. 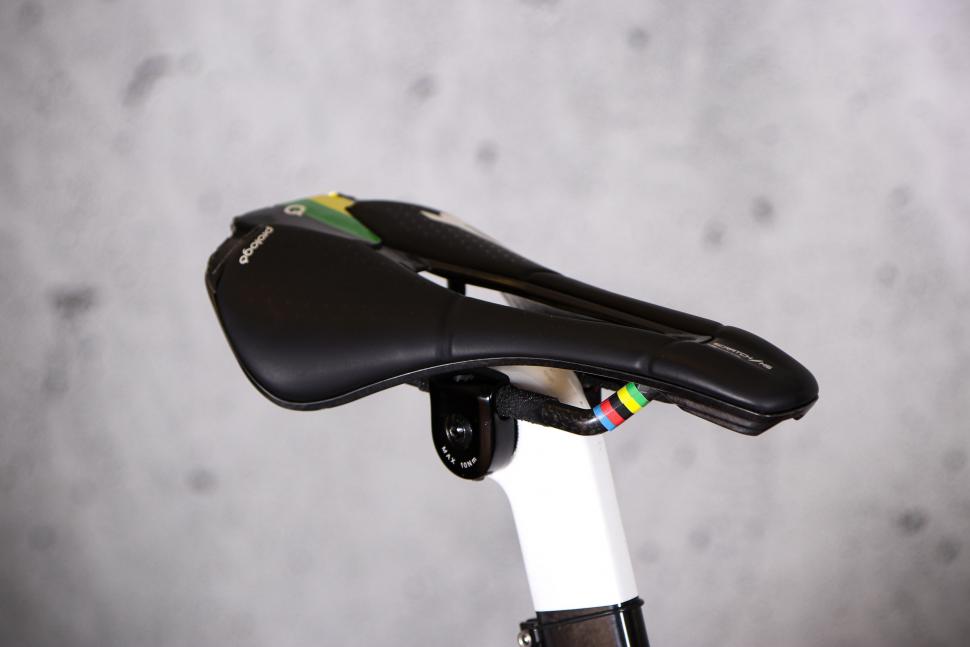 Prologo has supplied the Scratch M5 NACK saddle which has a perineal channel to eliminate pressure peaks in this sensitive area. And lastly, the bottle cages are Elites.