Only 30 numbered pieces will be produced, featuring the signature of the late Italian designer Alessandro Mendini
by Anna Marie Hughes

The bicycle is being sold exclusively online at Cinelli Store in a limited edition collection of 30 numbered pieces, in the style of the master of Italian design who passed away in 2019.

“Alessandro Mendini and Alchimia met Antonio Colombo's Cinelli while it was starting orienting each innovation in bicycles and components towards art and design. 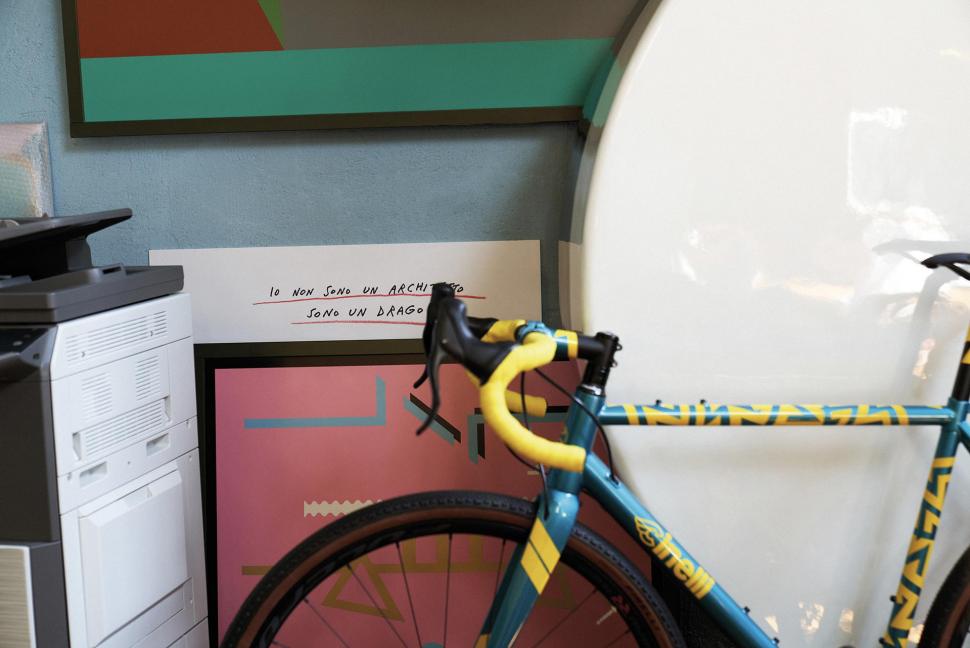 “Mendini believed in the hybridization of the arts and this led him to radical design, neo-modern architecture, and a calligraphic, coloristic, symbolic, romantic and problematic approach to design.”

Mendini was one of the protagonists of the radical design movement during the 1960s; he was a designer and an architect, mixing cultures and forms of expression, from graphics, furniture, paintings and in writing. Now his signature geometric patterns are brought to life in bike form.

The frame itself is also 100% made in Italy, with Columbus Spirit HSS triple thickness steel tubes shaped and joined for a stiff yet compliant ride quality.

The limited edition Nemo has been assembled with components from Italian manufacturers; Campagnolo supplies the Ekar 13-speed groupset, the Nemo rolls on Fulcrum’s Rapid Red 500 wheels and Pirelli’s 35mm Cinturato Gravel tyres, and San Marco’s Shortfit Dynamic Wide saddle finishes it all off.

The bike has been on display at the Antonio Colombo Arte Contemporanea gallery in the city Mendini was born, Milan, and on 5 November it heads to London for a showing at Rouleur Live. 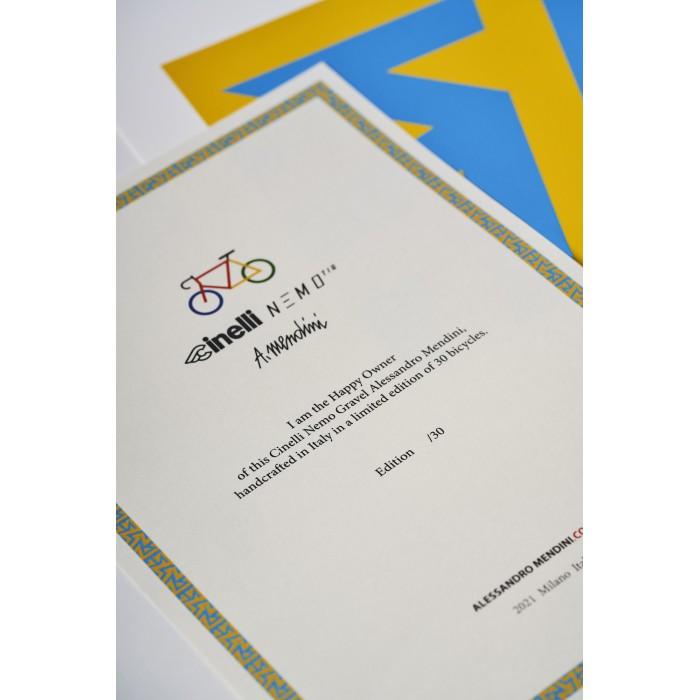