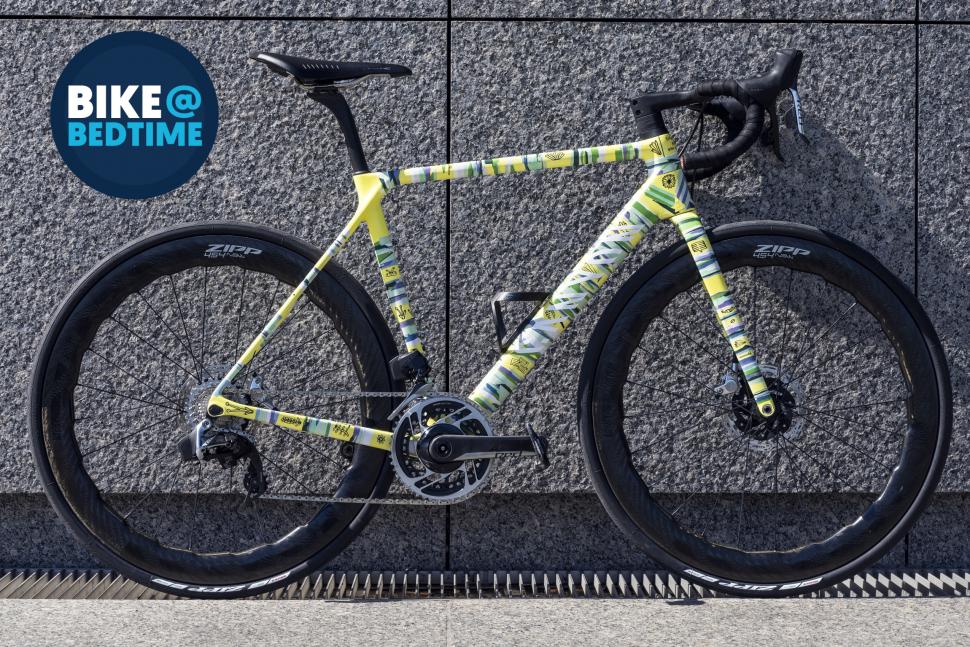 The world of cycling and art meet in Amsterdam to create this eccentric bike and accompanying kit collection...
by Jamie Williams

Cycling apparel brand Rapha and the Van Gogh Museum in Amsterdam have launched their unique capsule collection, including this rather brightly painted fourth-generation Canyon Ultimate. We think it's really rather pretty...should there be more art-inspired paint jobs in the cycling world? 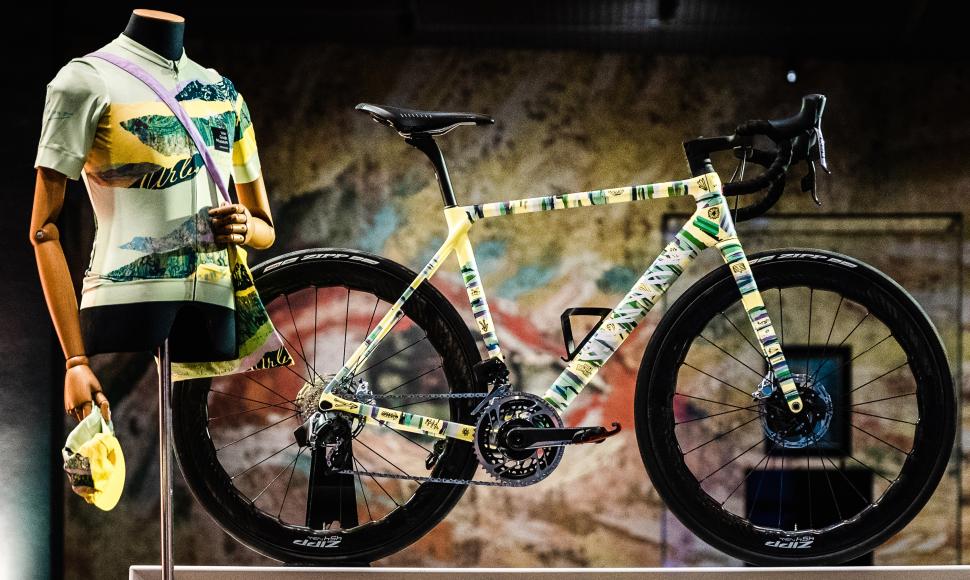 Rapha's design team brought together details from various works by Vincent van Gogh to create the bike, jersey, technical t-shirt, musette, socks and cap. Van Gogh's painting The Yellow House (1888) is said to be the main inspiration but details from seven other works by Vincent van Gogh, including The Pink Peach Tree (1888), Field of Irises near Arles (1888) and Butterflies and Poppies (1889) also featured. 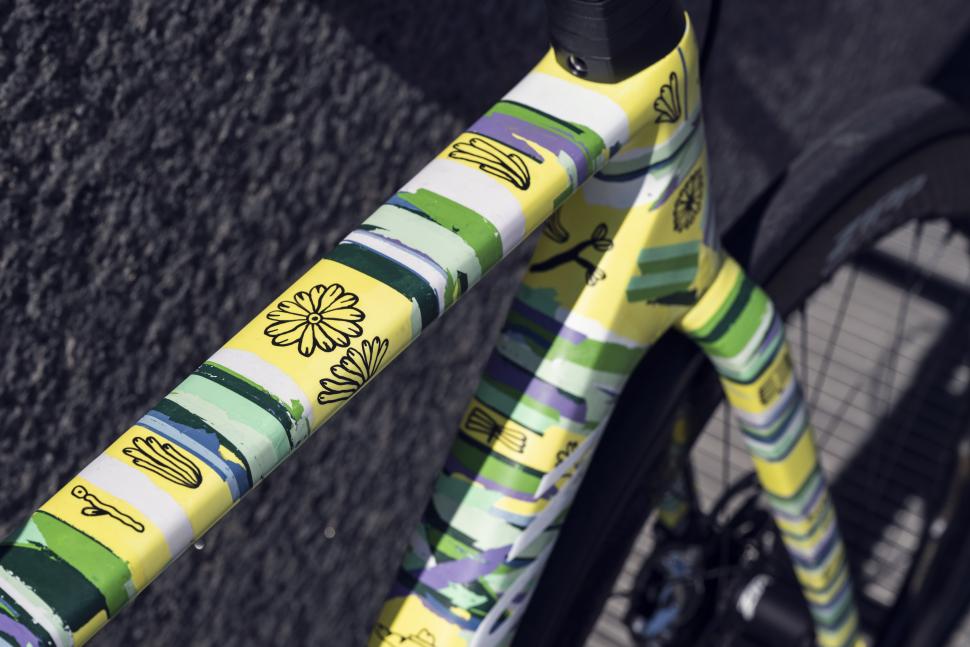 The bike will be showcased at the Van Gogh Museum in Amsterdam and is specced with a Sram Red eTap AXS 12-speed groupset. Rapha says "both the Van Gogh Museum and Rapha believe it is important to offer people a place to meet and inspire each other. In the Rapha Clubhouses that can be visited in cities around the world, a close community is built from the love of cycling to help and inspire one another." The bike itself is a Canyon Ultimate but the exposed cables at the front end tell us that this is the fourth-generation model and not the recently released fifth-generation which integrates the brake hoses through the head tube. The new model is claimed to save riders by 10 watts at 45kph. Zipp 454 NSW wheels have been chosen to complete the build, these are Zipp's flagship offering and have an RRP of a whopping £3,376. Zipp is also called upon to provide the tyres, 28mm Tangente Speed RT28s. 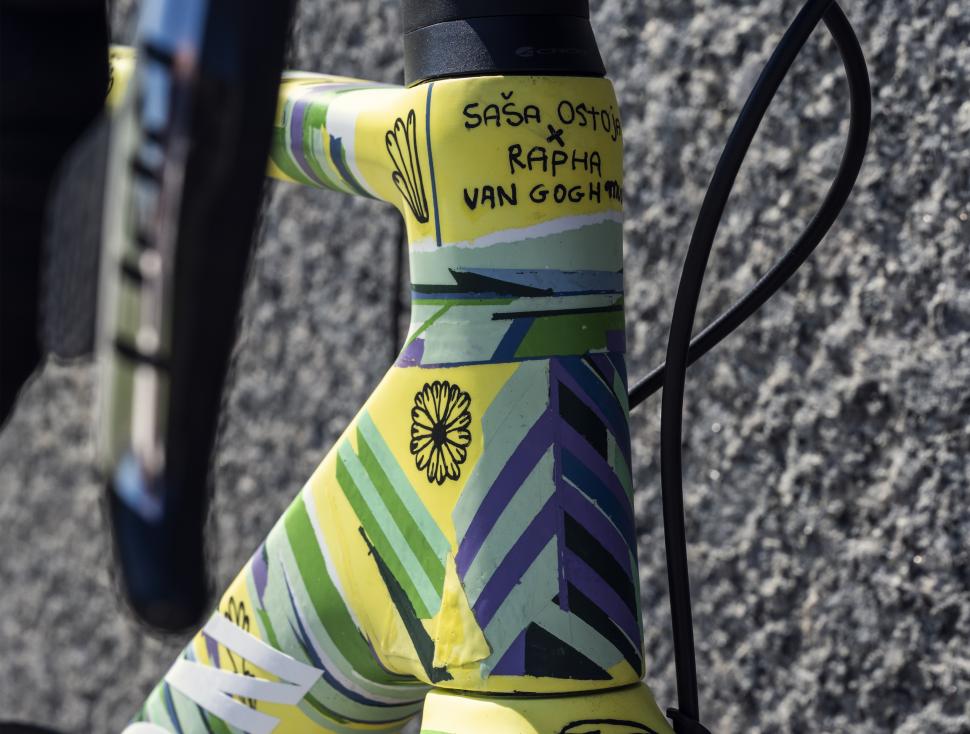 A close-up of the head tube reveals that this is no ordinary paint job.

For this capsule collection, Rapha and the Van Gogh Museum have also created a route through Amsterdam which you can download here. The route includes places where Vincent van Gogh lived and studied, the Marine Dockyard, Kattenburgerbrug bridge, Zuiderkerk, his uncle Cor's store and more places that were special to the famous artist. The tour can be finished at either the Van Gogh Museum or the Rapha Clubhouse. 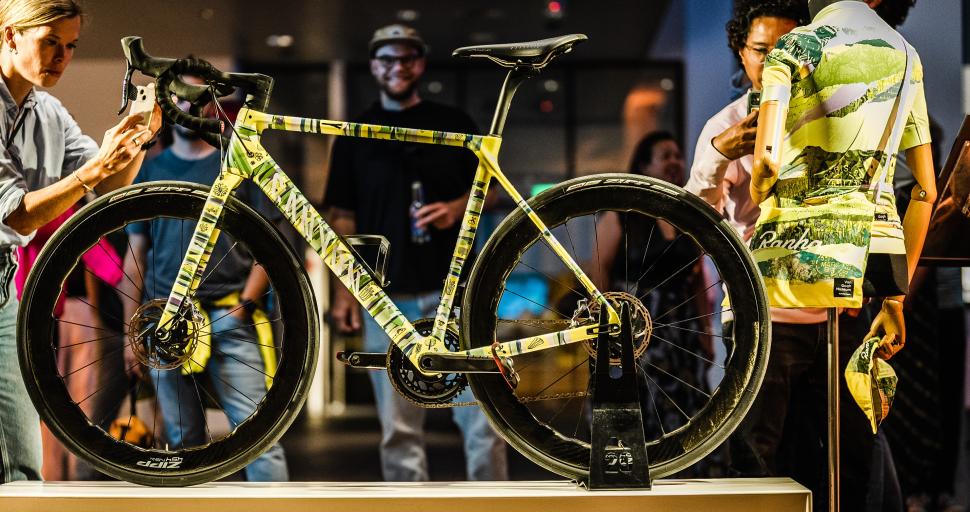 By the time the bike had made it to the museum the Shimano pedals were gone, replaced with a set of Time XPro 12s. We rather like the idea of designing bikes from famous works of art, which piece do you think would make a good bike paint scheme?

Are you a fan of this design? Let us know in the comments section below...