Intermarché–Wanty–Gobert Matériaux riders are racing this year’s Tour de France on a yet-to-be-released Cube Litening TE (Team Edition) road bike, and we had the chance to check it out recently at the Criterium du Dauphine. 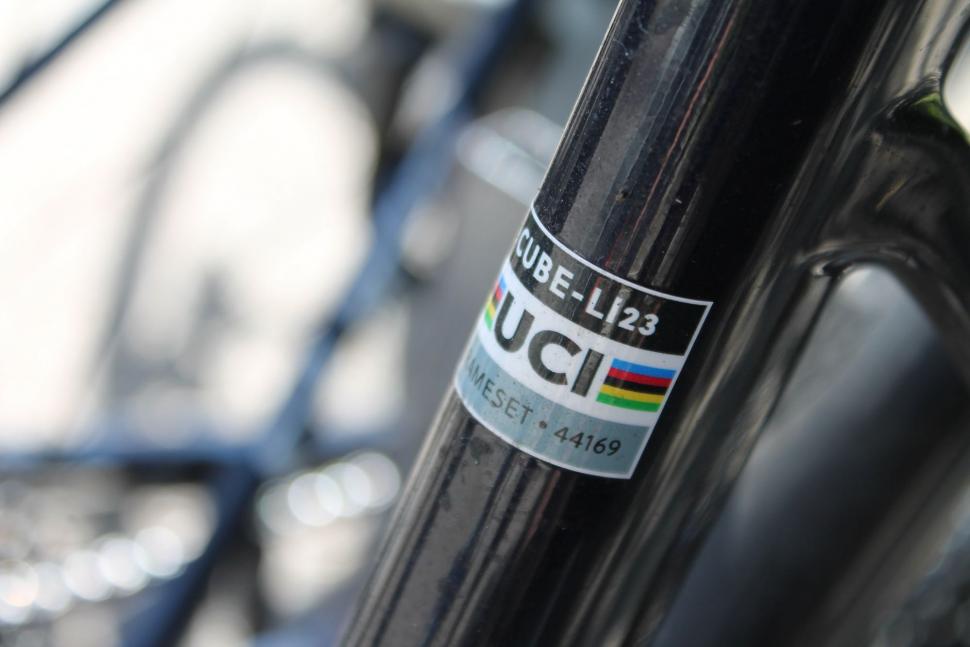 The last Cube Litening to be added to the UCI’s List of Approved Models of Framesets was the 2020 model over three years ago. The bike that the Intermarché riders are on clearly isn’t the same. Apart from anything else, some of the team frames had a new frame code: Li23 – Li for Litening, 23 for 2023. 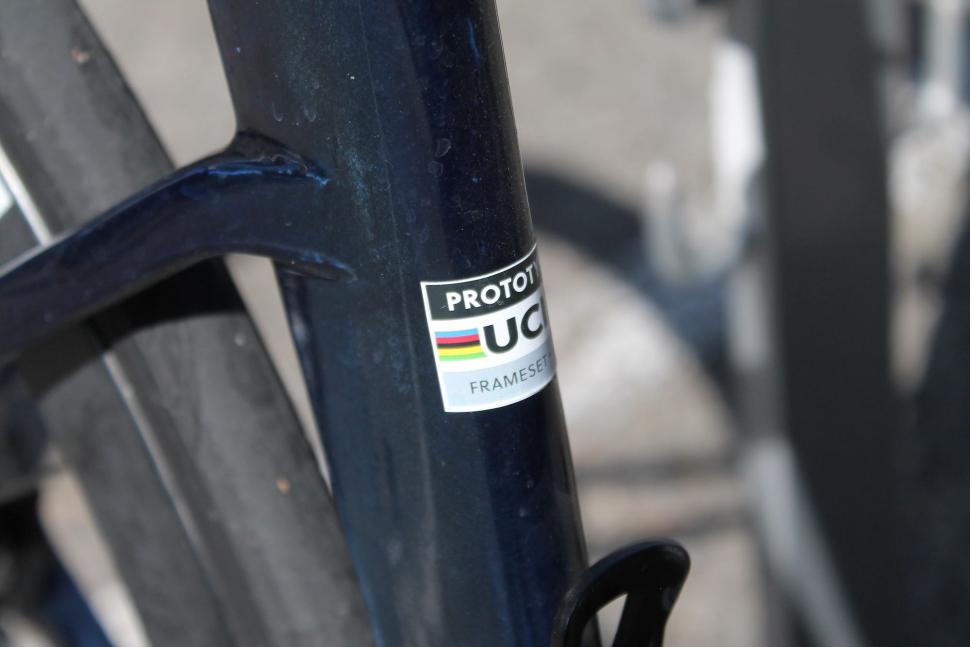 Others were marked ‘prototype’ – if you look closely – which pretty much gives the game away. You don’t need Hercule Poirot on the case to work out that this is a new bike.

Framesets are sometimes approved for racing by the UCI and then kept off the list at the request of the relevant brand until the launch date. It looks like that’s what has happened here. 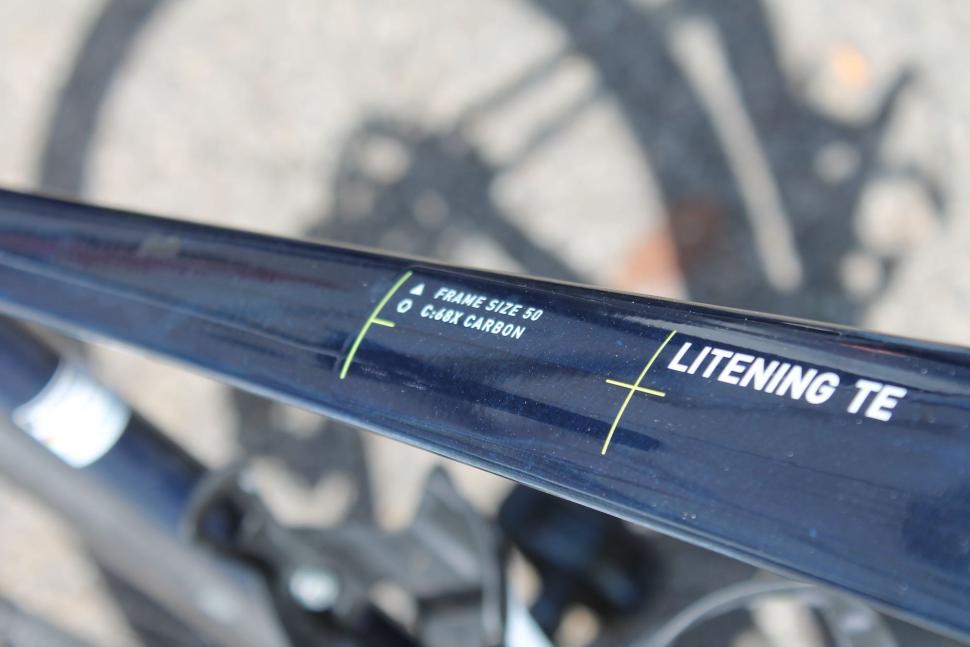 Whereas for many years most brands had a lightweight road bike sitting alongside an aero road bike at the top of their range, there has been a real move towards merging the genres recently.

Specialized has made its lightweight Tarmac more aerodynamically efficient, Trek added aero features to its light Emonda and lightened its aero Madone… the list goes on. Being lightweight or aero is no longer enough; a top-level race bike needs to be both.

The Litening C:68X – the bike ridden by Eritrea’s Biniam Girmay to Gent-Wevelgem victory earlier in the year – has been the aero bike in Cube’s range, sitting next to the lightweight Agree, but it looks like the designers have been busy dropping weight here because that’s what it takes to be competitive in this environment.

The down tube on the 2023 Cube Litening looks far shallower than previously and the seat tube doesn’t arc around the leading edge of the rear wheel as closely as it did before. The seat post that slots in there, though, looks to be unchanged. 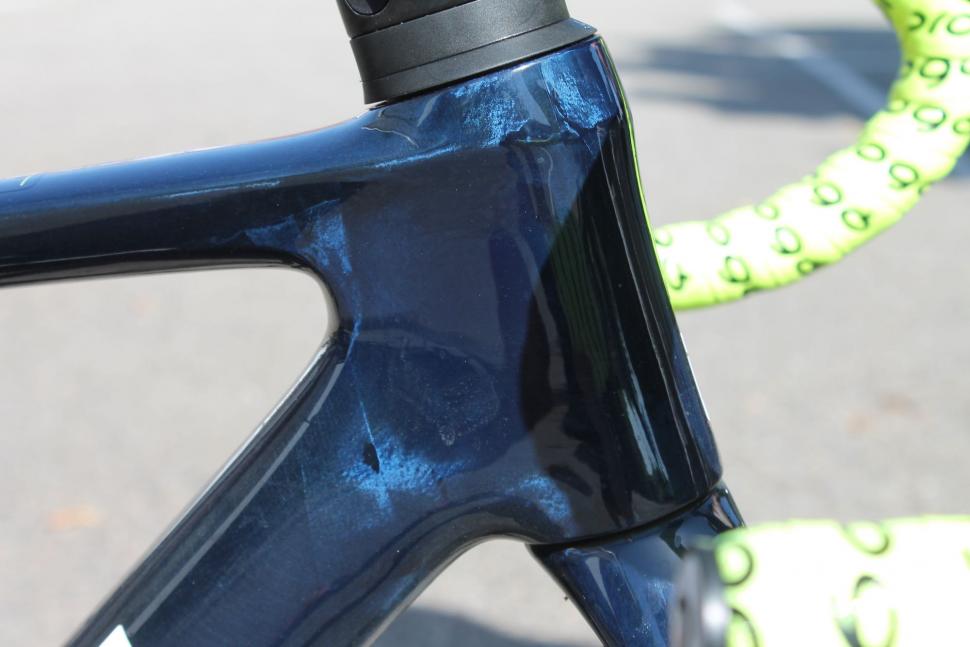 The head tube is now less bulbous than it was – we’d guess that different bearings are now used – and the fork blades are shallower too. There’s no doubt that the fork is new because there’s a ‘prototype’ sticker inside the crown. 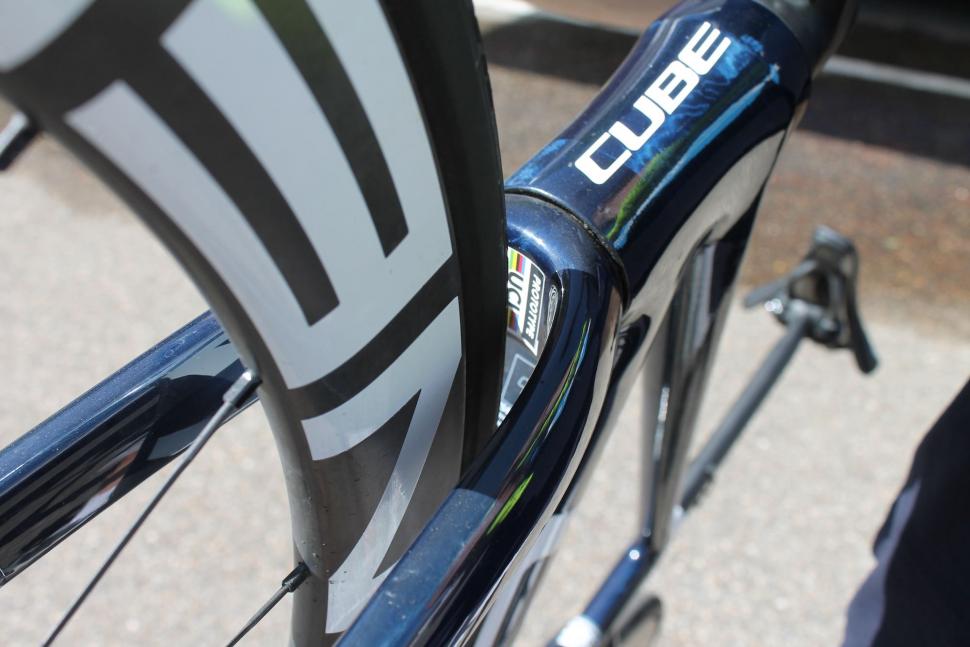 There was a lot of clearance around the 25mm tyre. The current Litening C:68X will take tyres up to 28mm wide; it wouldn’t surprise us if it's a little more than that on the new model – but don't quote us on that. 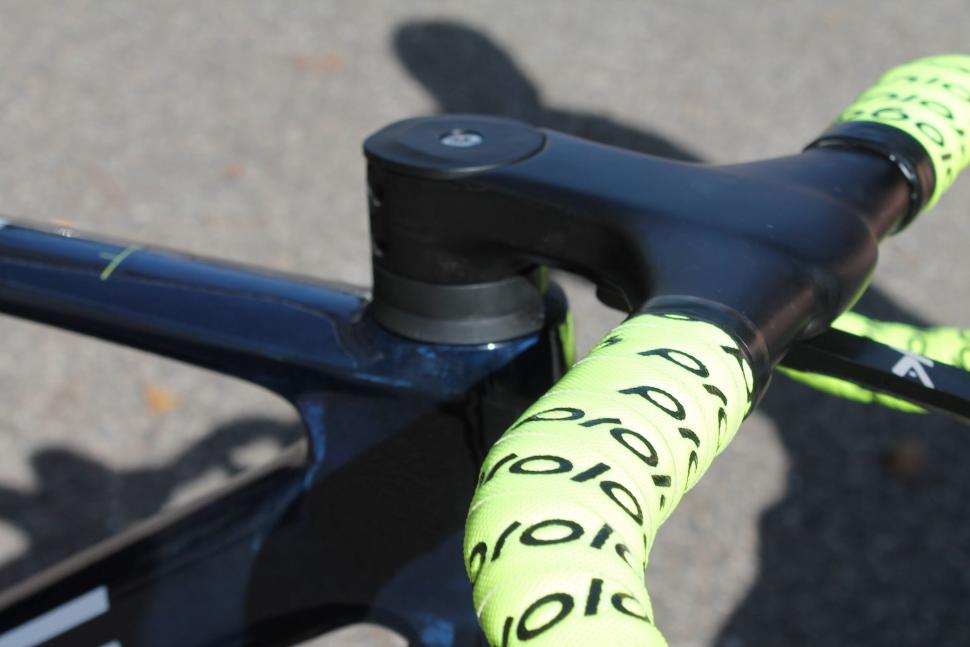 Whereas the headset cover is integrated into the head tube/seat tube junction on the current Litening C:68X, and the fork crown is integrated at the bottom of the head tube, Cube has gone for a more conventional approach with the 2023 Litening.

The C:68X part of the Litening C:68X name refers to the type of carbon that Cube uses in the construction. ‘C:68X Carbon’ is printed on the top tube of the new bike, so it looks like there’s no change of material here. 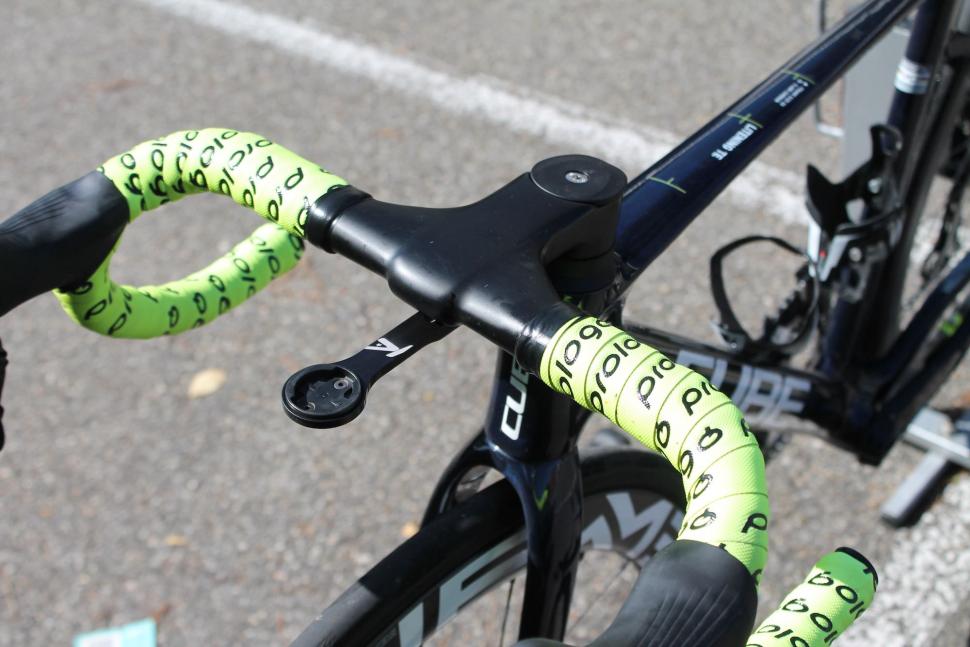 The bike still uses an integrated handlebar and stem with cables and hoses plumbed internally, naturally. 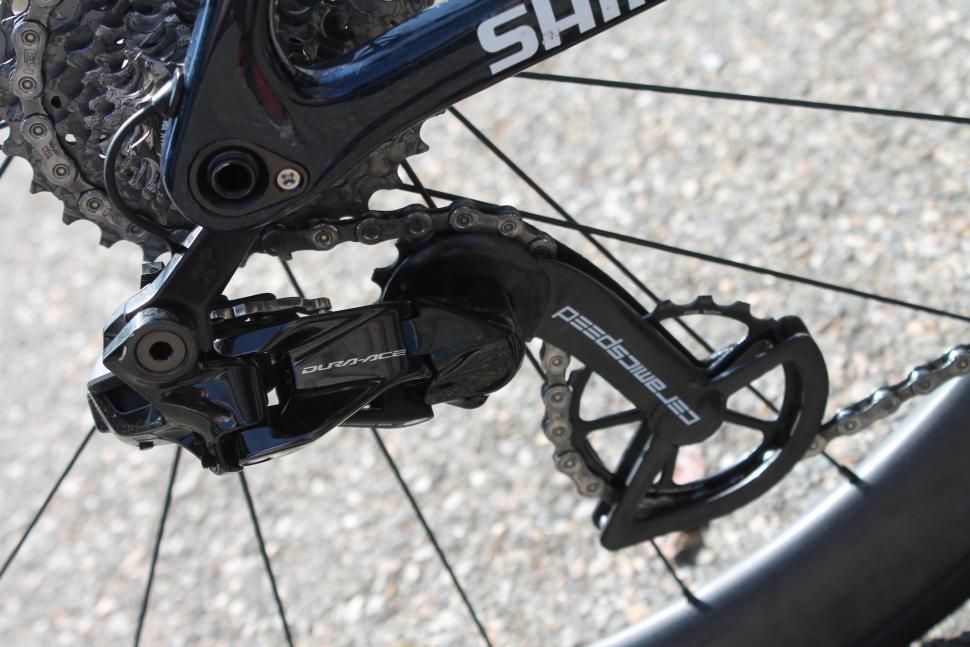 Intermarché is one of the majority of WorldTeams to use Shimano Dura-Ace Di2 groupsets, the only deviation being the CeramicSpeed OSPW (Oversized Pulley Wheel System) on the rear derailleur that’s designed to reduce friction. 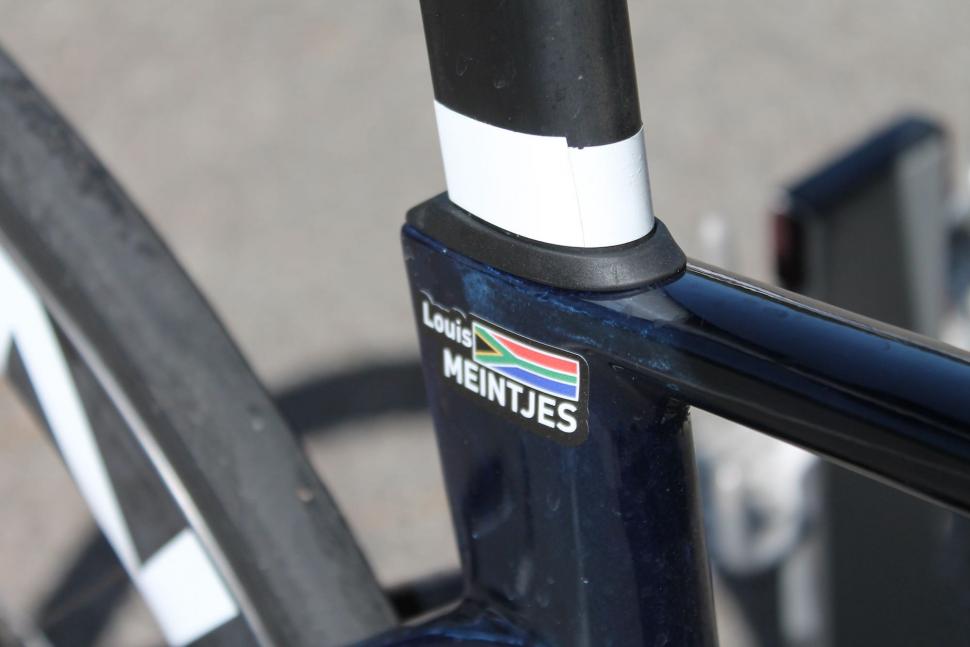 We were poking around a bike belonging to South African rider Louis Meintjes who is currently sitting 17th overall in the Tour de France. 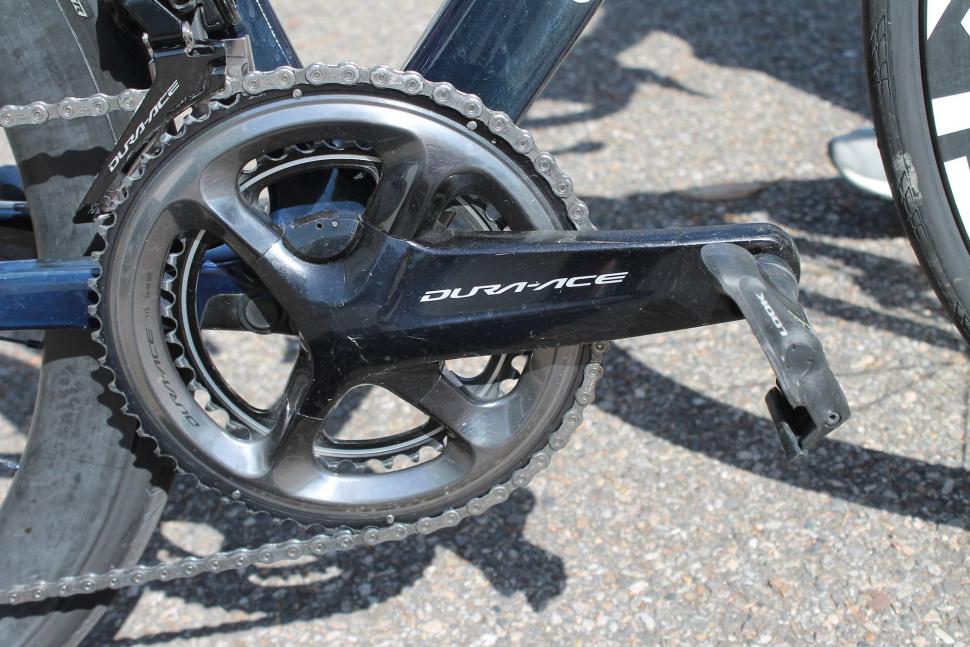 Meintjes was using 172.5mm cranks and the 11-speed version of Shimano’s power meter, although everything else was the latest 12-speed Dura-Ace 9200.

Check out our review of the Shimano Dura-Ace R9200 Groupset

He was using 54/46-tooth chainrings on what was set to be a mostly flat stage. 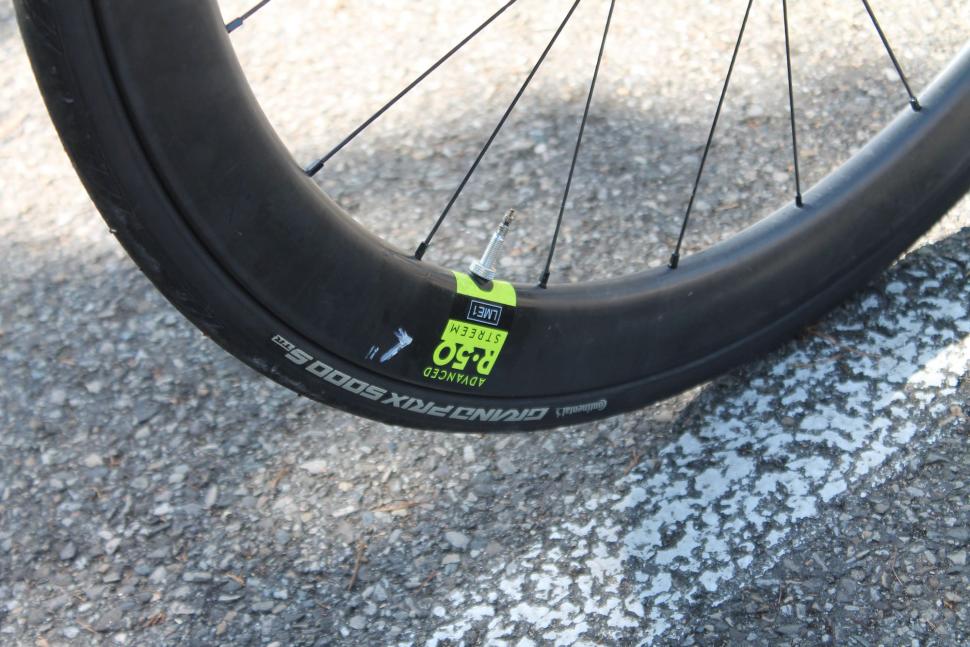 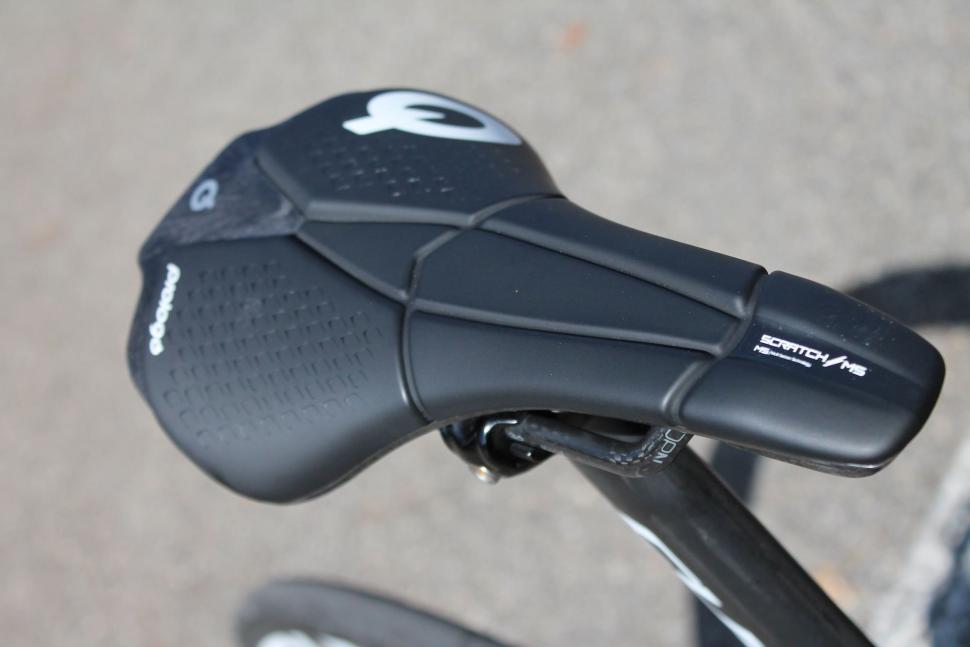