Video - What is the Ultimate Winter Bike?

When winter arrives in full force, we certainly know about it and many of us will put our nice bike away until the weather gets better again. In the UK, that can be a very long wait indeed.

Some people like to while away most of the winter indoors on the turbo trainer. And in some parts of the world that’s really the only option when everything outside is under a few feet of snow. But here in Britain it rarely gets cold enough that you can’t get your miles in outside. And having a winter bike makes a lot of sense. After all, you don’t want the winter grit wearing down all your poshest kit.

But what kind of bike should you get? Let’s face it: you can ride through the winter on pretty much anything. There’s a huge range of styles and prices out there.

> 2021 Giant road bikes - explore the complete range with our guide

But if you were going to pick your ultimate winter bike, what would it be? The nice folks at Giant gave Becca, Dave, Matt and Liam the pick of their catalogue, and Giant has pretty much everything in their range. They’ve each chosen a bike that they think will be a great winter companion. Let’s take a look at what they chose. 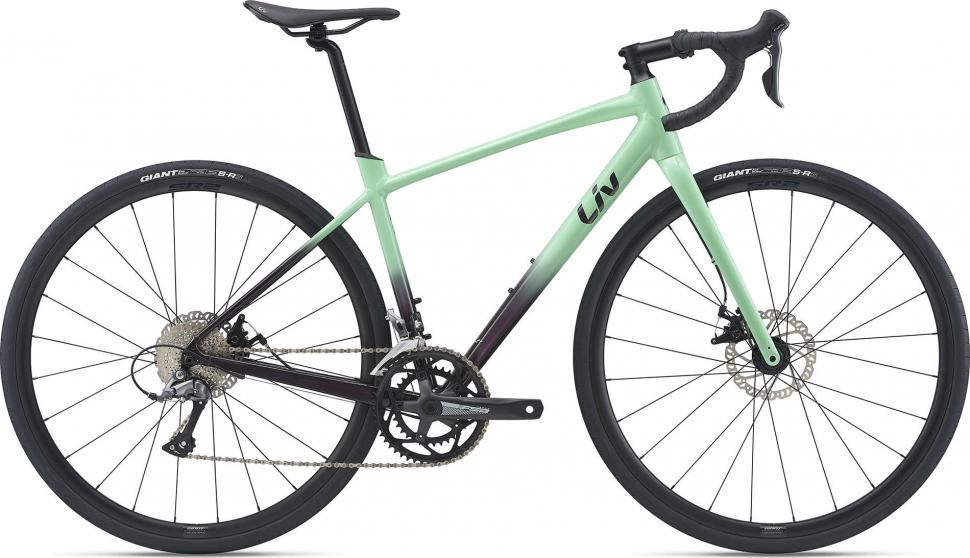 Becca rides a road bike through the Summer, so she’s sticking with one for the winter too. This is Giant’s Avail AR4, and it’s an alloy endurance road bike. The geometry is a bit more relaxed but it’s still very much designed for the road. It’s got some important things that she looks for in a winter bike, though.

There is plenty of tyre clearance, with room for 40mm rubber, though the 32mm tyres that are fitted are ideal for keeping things fast on the road. You’ll also find mudguard mounts, allowing you to stay a bit drier when the roads are wet while the disc brakes are a sensible choice when the riding conditions are tough. Matt is a racer and a good one at that. He finds that training on Zwift keeps his race fitness up so he wanted something to tackle a bit of commuting alongside leisure rides with his family.

The Giant Escape Zero is your classic fast hybrid and it’s great for most types of riding. It’s a bit more upright than a road bike but it doesn’t give that much away in terms of speed. This single-chainring drivetrain has plenty of range, and no front mech means one less thing to seize up with winter salt. 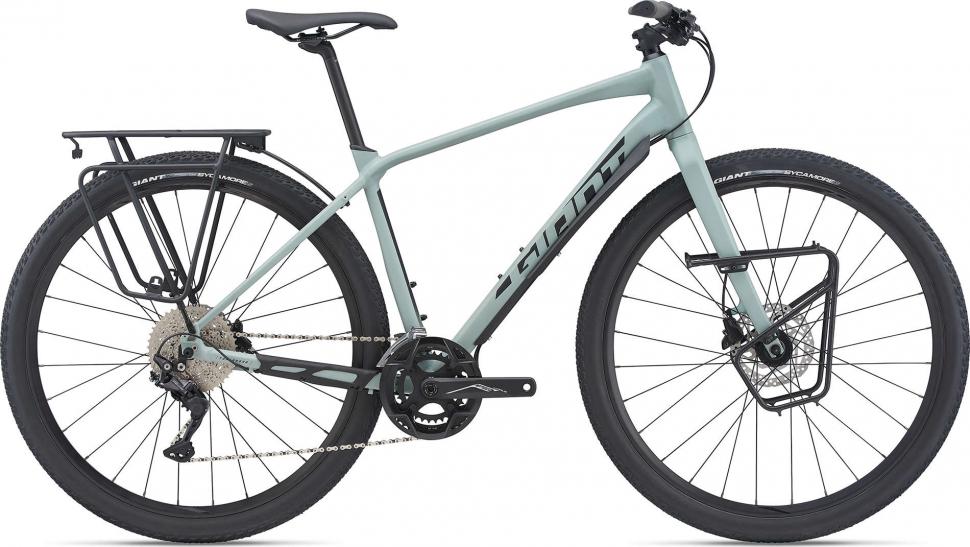 Liam used to build these Toughroads when he worked in a bike shop and it’s a super-capable machine that’ll handle pretty much anything. It’s not light, but when he hops back on that 7kg road bike in the Spring after a winter ranting round on something like this, he’s hoping to feel like a cycling god. This build gets full racks, with 50mm tyres and super-low gearing you can get quite a long way off the beaten track on a bike like this.

This X-Defender frame protection on the down tube is wide enough to stop the water from the tyres flicking up into your face, he’s added an ass saver on the saddle to keep his bum dry, but there are eyelets for proper mudguards if that’s more your thing. Dave’s bike is probably the one that is becoming the new-age classic pick for a winter bike, he’s gone for a gravel bike because it allows him to combine road riding with some off-road stuff when he wants to get away from the traffic. This is the Revolt Zero. This bike’s the most expensive of the three alloy Revolts, but it’s still a pretty affordable ride. He chose this one because it gets Shimano’s excellent GRX gears and hydraulic brakes.

Around where Dave lives, there is a pretty good network of tracks and un-paved roads, so it’s a choice that allows him to take advantage of more of the local area. That means that he can have more variety, but he’s still got some of the crucial features that we like to see on a winter bike: durable equipment, good tyre clearance and mudguard eyelets.

Those are the bikes that our four chose and as you can see, they were pretty happy with what they went for. But what bike would you go for and what do you look for in a trusty winter steed? Let us know in the comments below.