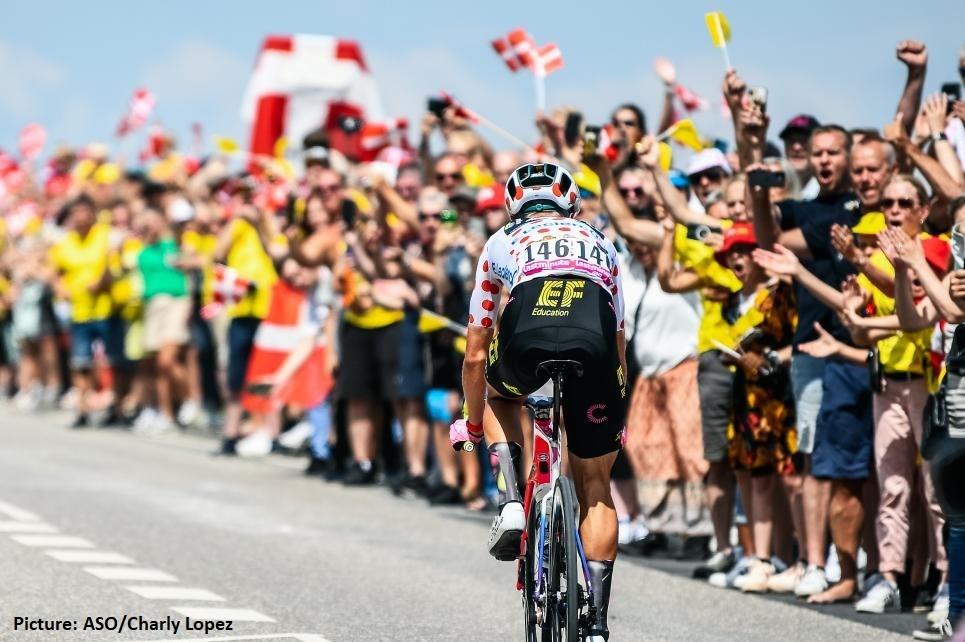 So your Tour-watching weekend is over and you're back at work — fear not, here are our top tips...
by Dan Alexander

If we were in charge the month of July would be one great sofa-lounging bank holiday. Unfortunately, the powers that be aren't convinced, so if you want to keep up your Tour viewing during the work week you'll need to get sneaky with it.

After all, not everyone is as lucky as Jakob...

Does your boss secretly love cycling? Is their spike in afternoon 'meetings' during July actually because they're glued to the action? Drop a few subtle hints to test the water. "How was my weekend? Oh, not bad, had a lazy Sunday watching the Tour de France on the telly..."

You never know, it might be enough to earn you carte blanche to tune in from your desk... like a talented domestique released from the shackles of protecting their leader...

Or maybe you are the boss? In which case, get all the important stuff scheduled for the morning so you can disappear off for a few 'calls' in the afternoon. You've climbed the ladder, now use it to your advantage...

If working from home is an option, then make the most of it (even if it is just for the most spectator-friendly stage of the week). Stages 10, 11 and 12 — the triple-header of big Alpine days — fall on Tuesday, Wednesday and Thursday, so get in the office on Monday's rest day to bank some credit for the rest of the week.

When I started wfh I had a TV installed in my home office thinking I could hook it up to Grafana etc for worky stuff.

In reality, it only gets switched on at this time of year for to watch the Tour de France while I work #TDF2022

Similarly, those pan-flat sprint days can be watched from afar. Keep tabs on proceedings from a distance and then pull a tactical toilet break with 5km to go. That should see you through.

You're going to need the forward planning of a WorldTour directeur sportif, but pick your battles and know when you need to be on the sofa and when you can sneak your viewing at work.

Work as a team

A quick ask around the road.cc office for advice for this feature produced a common answer — you never know who else will be doing the same as you. You might think your work colleagues are all Love Island bores, but could Dave from HR actually be listening to Rob Hatch and Sean Kelly?

Drop those feelers out there and see if you can start forming alliances. Like two breakaway riders working together to beat the might of the peloton. You could take it in turns to sneak 10km, relaying back anything interesting. Or perhaps you could agree on a codeword for something important happening, or even alternate going back to the team car for refreshments.

Like the race itself, pulling off a Tour-watching stage win will require teammates.

A word of warning however, if someone at work loves the Tour, but is avoiding the day's action to watch in full unspoiled glory when they return home, DO NOT and I mean 100% CATEGORICALLY NEVER let slip what happens. They won't thank you for it and you've got enough eagle-eyed grasses to worry about without making enemies with your teammates.

Back in his academic days road.cc Ryan used to band together with the other office cycling fans to watch the important stages on the university's big screens...I mean that's why they're there, right? Lecture halls, conference rooms, boardrooms? Make yourself comfortable...just because you're not at home doesn't mean your viewing has to suffer.

Set up to watch the World Cup semi final in a lecture theatre #COMEONENGLAND #phdlife pic.twitter.com/StQUC0mLG1

Why waste your lunch break at 12 when the riders are rolling effortlessly through the countryside? Wait until later on and you'll get more bang for your buck out of an hour's viewing. Pack a lunch too so you don't have to waste valuable Tour time getting grub. Like the pros, you'll have to eat on the go... 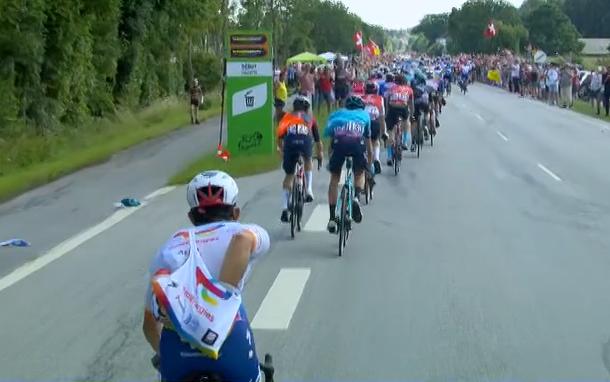 Technology is your friend

Maybe you won't have access to a lecture theatre BUT that phone in your pocket can almost certainly stream the Tour direct to your desk in full HD without you risking filling your work computer (and internet history if your workplace is THAT strict) with incriminating sporting entertainment.

If your colleagues listen to music, use it to your advantage and work away to the dulcet tones of Ned Boulting too, then glance down to your hidden screen at important moments.

For those who saw it, was it bad ? #Giro

In a former career road.cc Simon recalls knowing exactly when England snatched a wicket during that epic 2005 Ashes series... because half his colleagues 'listening to music' couldn't help give out a cheer...

Desperate times and all that, but if all else fails the old-school sickie might be your best bet. Nothing too crazy, we can't condone drawing an extra line on a lateral flow to get the entire third week off, but pick something mild and you should be in the clear.

"Sorry, boss, I've come down with BastilleDayAlped'Huezitis, think I'll work from home for the rest of the week"...

In Japan, Tour de France programs are broadcast after dinner and before bedtime, so I may be more fortunate than people in Europe who cannot watch it because of work. Since I can't remember the names of the riders, I enjoy the beautiful scenery, aerial shots of castles & church. pic.twitter.com/C2yOP7UUel

If all else fails simply move to a more favourable time zone...

We're all in this together, get your top tips for watching the Tour at work in the comments. Good luck...