Bontrager have just added the new Serano saddle to their range, which was first spotted on Andy Schleck's bike at the Tour of California earlier this season.

Then a prototype, now it’s been put into production and is being offered in two versions, the Serano RXL Carbon saddle with a claimed weight of 185g and £150 price tag, and the £90 Serano RL weighing 210g.

Bontrager describe the new Serano as having a ‘classic shape’ and it’s easy to spot some influence from other popular saddles. It looks like very similar to a Prologo Scratch. It has a long flat middle section and nose with deep sides and a kicked up tail. It’s aimed at riders who adopt an ‘aggressive position’ according to the US company. 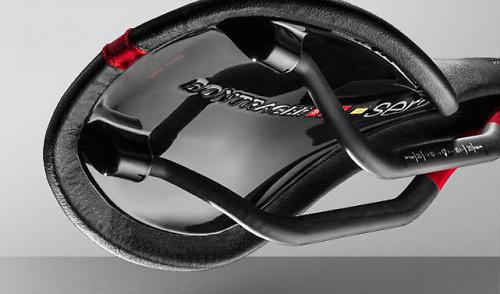 The RXL saddle has been constructed with oversized carbon rails to keep the weight low and are attached at the very front of the saddle nose, something which Bontrager reckons increases comfort when riding on the ‘rivet’. A carbon-reinforced based keeps the weight down on the range-topping model and allows a degree of flex, the RL saddle has hollow titanium rails to keep the cost down. 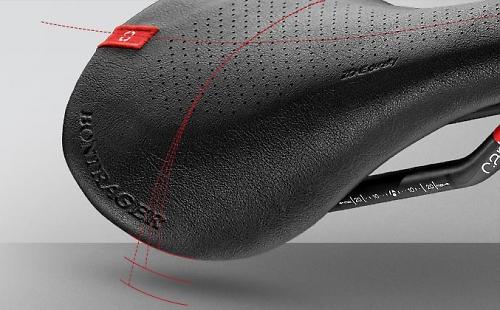 Like some other makes of saddle, the Serano is available in three widths and goes one step further with a size-specific curvature. The three widths offered are 128, 138 and 148mm. It’s 270mm in length. Pressure mapping was used to define the dual-density foam used in the saddle, with strategically placed densities to promote best comfort. Bontrager partnered with a company specialising in pressure mapping and developed a high resolution mat that placed between the rider and saddle allowed them to use the data to ensure the pressure was evenly distributed. This helped to avoid any hot spots that can lead to discomfort. 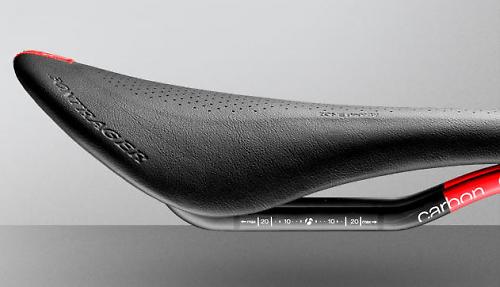 Professional riders can be very fussy about saddles, reasonable given the miles they clock up, and this isn't the first time a pro has been involved in the development of a new saddle. With riders less free to choose any saddle they want these days, it's reasonably common to see manufacturers willing to cater for a riders particular requirements. The most recent example is the Fizik Antares Versus that had been customised for Edvald Boasson Hagen at Paris-Roubaix last year, a saddle which may or may not ever see production. 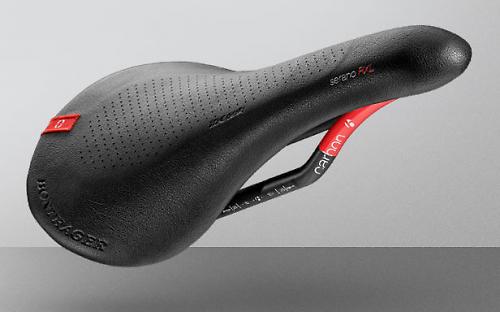 Says Andy Schleck of the new Serano: “Since I started riding my new Serano saddle at the Tour of California, I’ve really noticed a whole new level of comfort and performance. It looks like a classic racing saddle but it’s super light and way more comfortable, especially during long stage races. I'm really happy to have it in races like the Tour.”