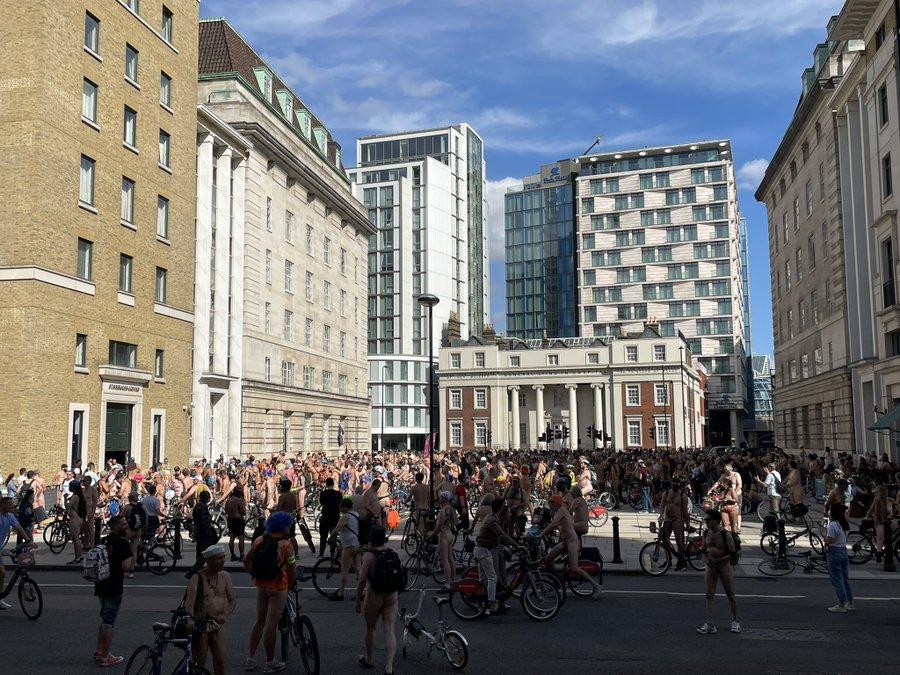 Hundreds of cyclists have taken to London’s streets in the buff today as the World Naked Bike Ride returned to the capital after a two-year absence, with the 2020 event held virtually due to the coronavirus pandemic.

The World Naked Bike Ride’s motto is to “Go as bare as you dare,” and while most participants did just that, others were more comfortable wearing at least some underwear.

Organisers also laid out guidelines on social distancing beforehand, and the usual afterparty did not take place.

“Supporters have been clamouring for the ride to go ahead and, with the removal of the 30-person restriction, the ride is back on. #

“Despite the government’s removal of measures, the ride will have many adjustments to reduce the risks from Covid-19. In particular, we are shortening the stationary gatherings and have cancelled the afterparty.”

The ride is cleared in advance with the Metropolitan Police Service.

Under the Sexual Offences Act 2003, in England public nudity is not illegal unless there is intent to cause alarm or distress to others – something that not everyone who sees it go past is aware of. EMBED

Omg - Hundreds of naked cyclists riding down Park Lane, London - Do you think the police should stop them? pic.twitter.com/BgbjlZ7tP5

First held in Seattle in 2003, with the debut edition in London taking place the following year, the World Naked Bike Ride is now held in more than 120 cities around the world.