A look at the bike that could win the Tour de France this summer...
by David Arthur @davearthur

Here’s the bike that Chris Froome could potentially ride to a second successive Tour de France victory this summer, the Pinarello Dogma 65.1 Think 2.

It’s a case of spot the difference with the 2014 bike - you could easily mistake it for the same bike as Chris Froome and the Sky team raced last year, and fundamentally the bike is completely identical. There’s a subtle change in the paint finish though, according to the press release they’ve added blue bands to the fork legs. However, Chris Froome raced an all-black Dogma at the Tour de France last year, at least when he wasn’t riding a yellow version, so maybe blue paint adds too much weight. However, it is indentical to Ben Swift’s bike that we featured last March. 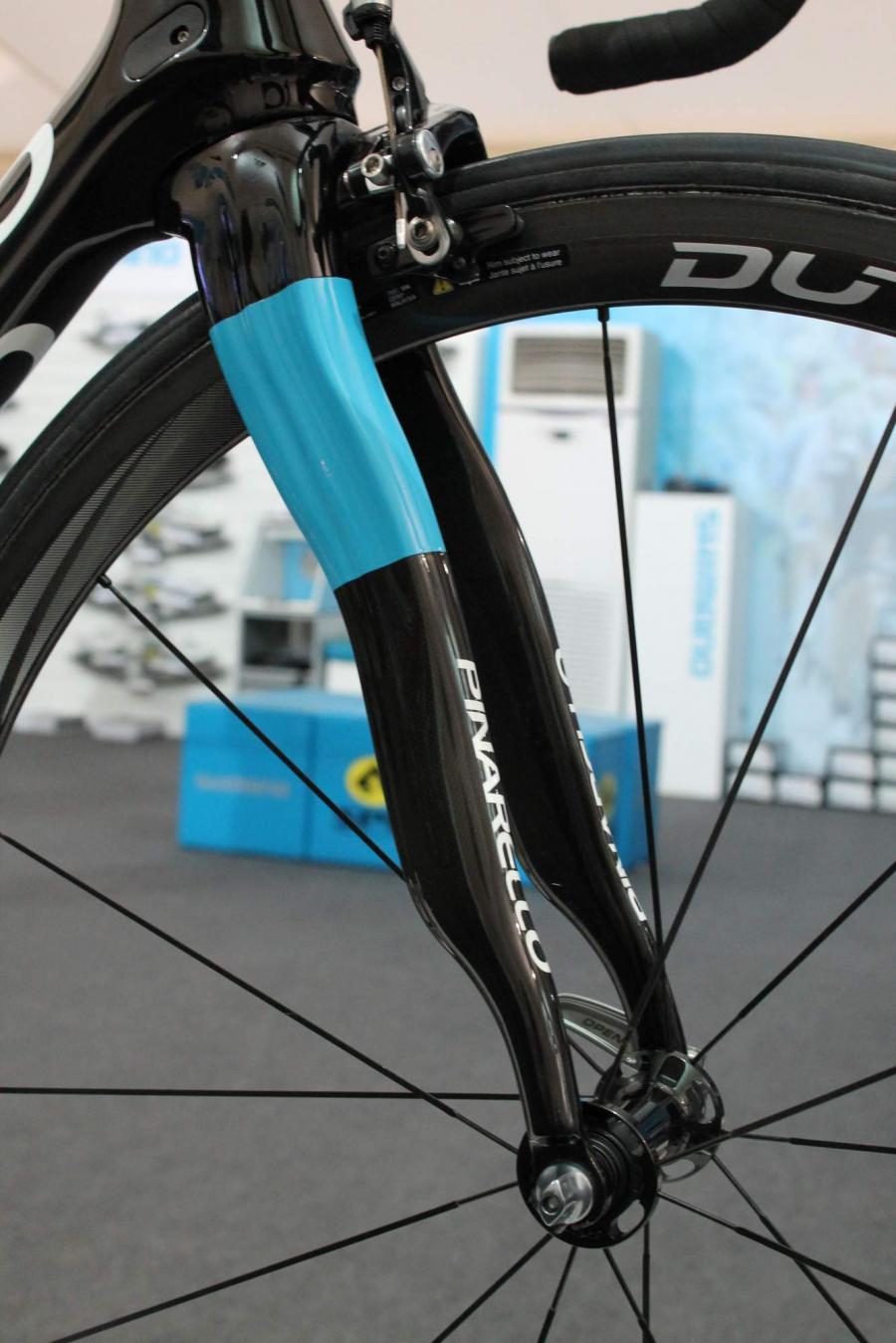 Otherwise, it’s the same package as the team raced throughout the 2013 season. The Dogma 65.1 was first introduced in the summer of 2012, but Bradley Wiggins only raced it on the final stage of that year’s Tour de France. The team fully switched over at the start of the 2013 season. The team certainly doesn't rush into changes, not when there's so much at stake.

The frame features an asymmetric design that Pinarello claim helps the frame deal with the forces from the drivetrain and rider inputs, making it stiffer where it needs to be, and lighter where it doesn't need to be so stiff. It’s manufactured from 65-ton Torayca 65 high-modulus 1K Nanoalloy, hence the name. Pinarello claim a frame weight, for a size 54cm, of 920g. That’s not as light as the lightest bikes in the pro peloton, like the Cannondale SuperSix Evo or Cervelo R5, for example. That’s if you think Chris Froome is riding a stock Dogma frame the same as you or I can buy... 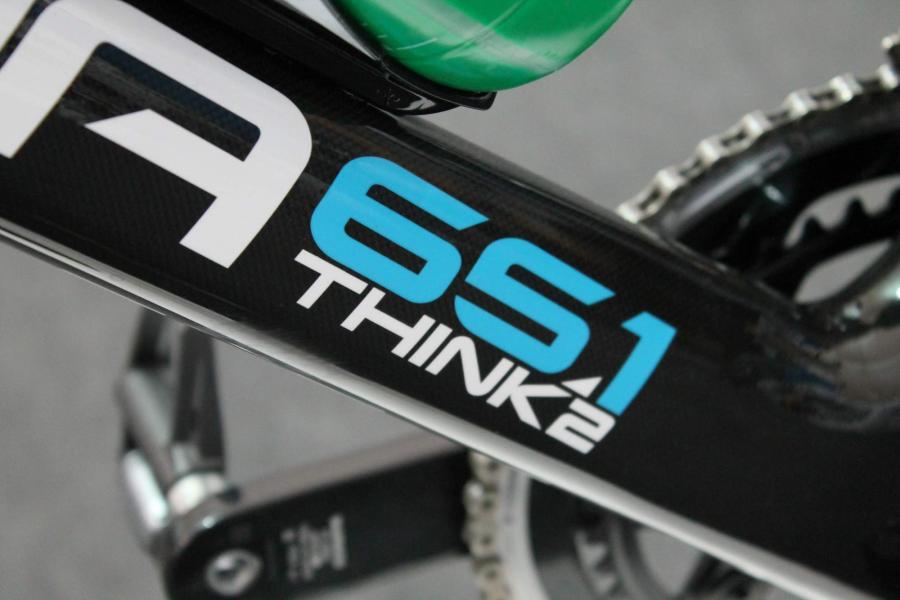 The team is once again supplied by Shimano, they'll be using the latest Dura-Ace Di2 11-speed groupset. The frame is compatible with both electronic and mechanical groupsets. They also roll on Shimano wheels, which a choice of 50mm and 35mm carbon fibre tubular wheels. Veloflex 25mm tubular tyres are largely used throughout the squad. 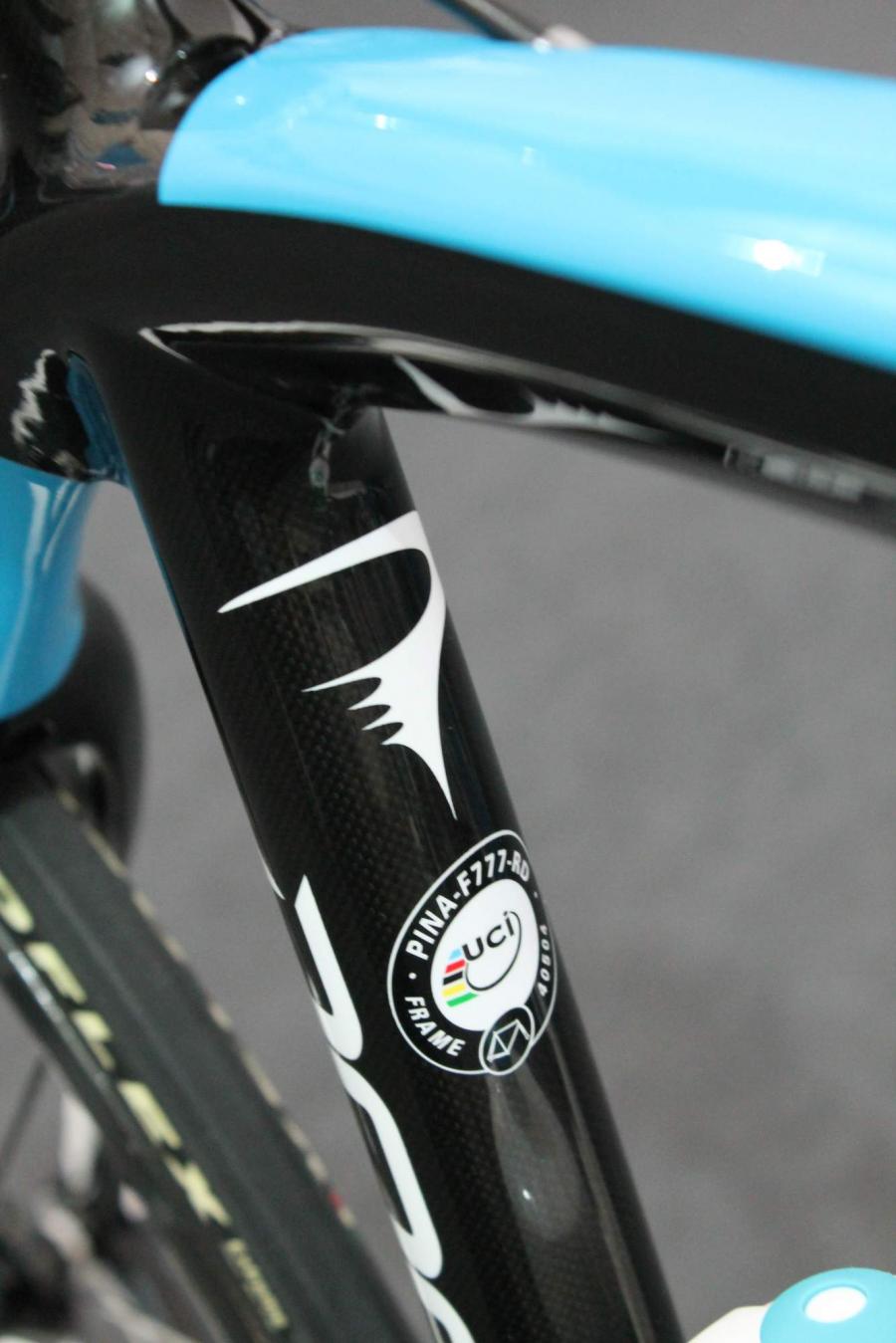 The team also use Shimano’s PRO brand for the finishing kit, so that’s handlebars, stem and seatpost. They have custom painted parts with the blue Sky stripe, and they mostly use alloy parts instead of carbon. That’s because they don’t need to worry about weight, the bikes get down to the UCI’s 6.8kg weight limit pretty easily, and the alloy bars are stiffer, which most riders will prefer. They're supplied by Fizik for the saddles.

One small but significant change for 2014 is the switch from SRM Powermeters to Stages power meters.

If you’re wondering if road.cc has ridden the Dogma, why yes we have. Though it was the disc brake version. You can read our first ride impressions here

The question we want answered is, will Pinarello release an update this year, in time for the Tour de France? We’ll have to wait and see.