Dymag is a British motorcycle and car wheel specialist - with a reputation for carbon wheels - and they’re bringing this experience to the cycling world with a new range of carbon fibre tubular and clincher wheels, available in five rim depths and costing from £1,200. 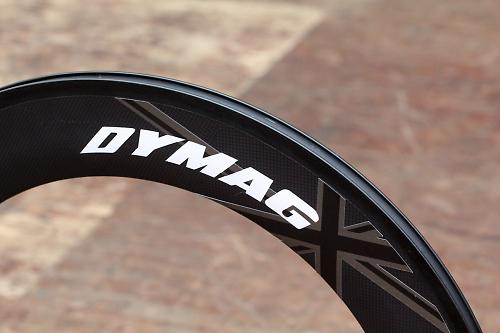 The company has vast experience at producing wheels for the demanding motor racing world, stretching right back to the 1970's when its products were used in much success in many different forms of motor racing, from F1 to IndyCar, Superbikes and World Rally Cars. After four decades of producing motor racing wheels, they’re now bringing that experience and knowledge to the cycling market with a range of carbon wheels.

They first set about developing their first bicycle carbon wheel when design engineer Mike Wilson decided to make his father, a keen time trialist still at the age of 74, a sonic disc wheel. With his background in carbon motorcycle wheels and know-how of resins and carbon layup, he produced that first wheel. The company then asked him to develop some road going samples from this initial foray into cycling. 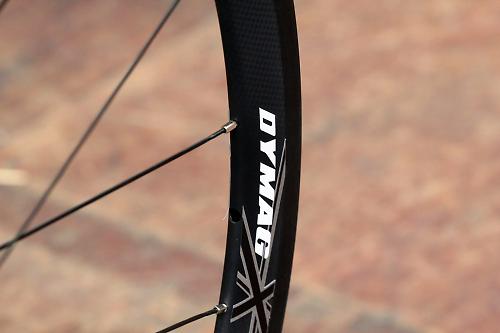 They’ve plumped for a V-section rim shape with this first range of wheels. The reason for this they tell us it because it’s a tried-and-tested shape, and has been the benchmark rim profile for many years. They do have plans further ahead to develop wider profile rims that are currently trending in the wheel market. The brake track is a double laminated and they’re supplying Reynolds excellent Cyro Blue brake pads. 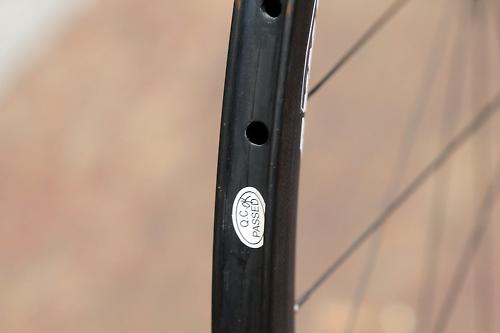 Typically manufacturers head straight into the wind tunnel with a new aero wheelset, but Dymag set about getting some valuable real-world feedback, and took them to local bike shops and used local riders, to get their feedback. They then enlisted Ian Rees to do a few races on them, when he won. Ian will this year spearhead a new team of riders with one uniting factor – they all have Type 1 diabetes or have experience of diabetes. The team will be renamed Dymag T1 D and will ride on Dymag wheels at all the major UK elite events. One to watch out for. 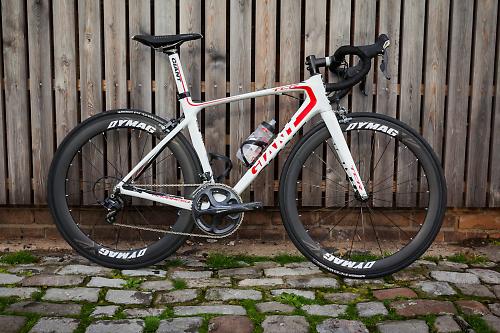 That was about a year ago, the original set of wheels are apparently still going strong and being ridden regularly, testament to their design. They have conducted limited wind tunnel testing, but they plan to do more, and as yet they haven’t released any figures from that initial testing yet. They’re currently working with Prestige Cycles at Southampton University to carry out a programme of wind tunnel testing as part of its research and development programme. 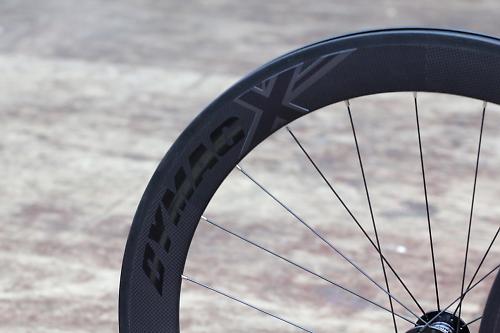 Dymag’s Managing Director Chris Shelley said: “After four decades of designing cutting edge wheels that are coveted the world over, we are very excited to be entering the cycle market with what we believe to be a premium end product at a mid-range price. We are proud to be launching a British product that has already had such positive feedback and test results.”

The production wheels are made in China, but they’re identical to the first test wheels made in the UK at their own facility in Chippenham, Wiltshire - that’s where they make all their motorcycle race wheels in-house, with their own team of carbon fibre specialists. Full builds with either Hope RS Mono or DT Swiss 240 hubs compatible for Shimano, SRAM and Campagnolo in 10/11 speed are being offered, with Black Sapim CX Ray aero bladed spokes or Sapim Double Butted 'super spokes'. They’re supplied with a wheel bag as well. You can also choose from white or black decals, which feature the Union Jack. Dymag carbon cycle wheels can be purchased from www.dymag.com and appointed dealerships such Mud Dock and Psyclewerx

I’ve been rolling around on a set of 50/60mm front/rear clincher wheels with 24 spokes laced to DT Swiss 240 hubs for the past few weeks, fitted with Michelin Pro 4 23mm tyres. First things first, onto the scales for the all-important weighing, and the come in at 1,538g for the pair. That breaks down as 690g for the front and 848g for the rear. I fitted them to my Cannondale SuperSix Evo, swapped the brake blocks for the supplied Reynolds Cyro Blue blocks, and hit the road. First impressions are they have a very good turn of speed. Up to a 35-40kph cruising speed and they roll along with great momentum. Changes in speed are carried out impressively, the excellent DT Swiss freehub engages instantly and the wheels feel tight and responsive to sudden and hard accelerations.

Getting animated on the bike shows them to be stiff, there’s no flex or squirming detectable. They’re responsive and alert through fast corners and downhill. Braking performance is always a compromise with carbon wheels, but the Reynolds Cyro Blue blocks provide consistent and reliable retardation with no squeal or fuss. 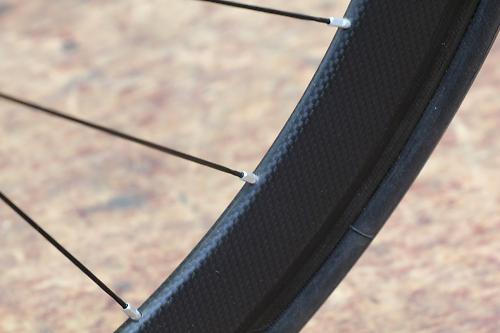 Considering their depth, especially the rear wheel, I've not found them too much of a handful on blustery and windy days, which is a surprise because I usually get pushed around on the road in such conditions on deep-section wheels.

They’re a strong set of wheels too. In a road race last week I hit a pothole of substantial depth at about 45kph, unsighted because I was following the wheel in front very close, and the loud crack that accompanied the impact turned out to be my handlebars rotating in the stem, though I naturally feared it was the front wheel at first. Turned out the front wheel was just fine, and I carried on with my race, but I half expected the wheel to show some sign of the considerable impact. Inspection after the race showed no damage, and they're still straight. I’ve been riding them happily since.

So first impressions very good, but I’ll deliver a more indepth and thorough review soon. The wheelset I tested retails for £1,600. More at www.dymag.com