Lots of new products including tools, jerseys, pumps and frames
by Mat Brett

It's day three of Taipei Cycle and we've found new products from Birzman, Santini and Culprit. Here are the highlights... 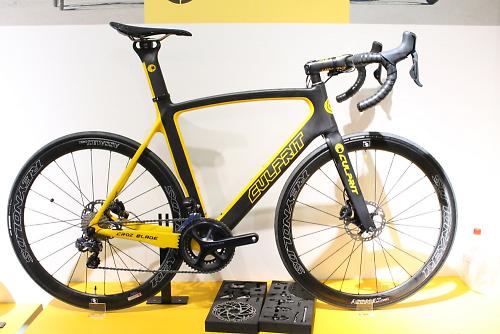 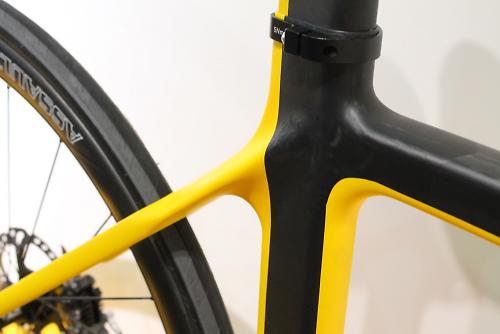 They’ve slimmed down the seatstays, for example, and curved out the non-driveside one so that it can take a 160mm disc brake rotor. You don’t have to run disc brakes, though, you can use direct mount of TTV brakes mounted behind the bottom bracket if you like. 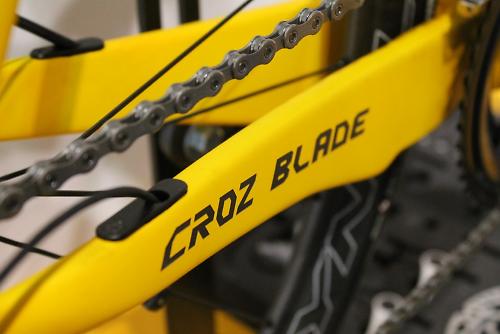 Culprit have also altered the down tube shaping, shifted from a BB30 bottom bracket to BB386, and the cabling now runs fully internally around the BB with the addition of a new cover down there. The Croz blade is available in a whole bunch of different colour combinations: you can choose your own base paint (from Teal green to fuchsia) and decals. You can even go for a full-custom option with matching bar, stem and seatpost. 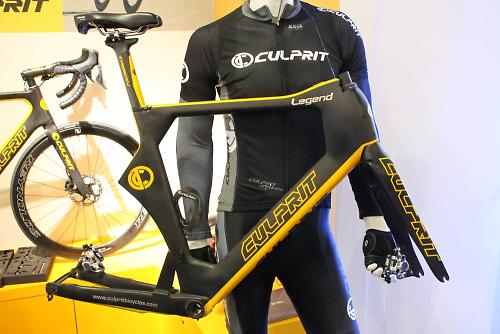 Culprit are making some major revisions to their seatstay-less Legend triathlon bike. They’re adding a brace between the chainstays and the seat tube to stiffen it up, making the dropouts vertical rather than horizontal, and switching to a BB386 bottom bracket. In fact, they’re making lots of changes all-round, and when done they’ll be heading back to the wind tunnel to see how all this affects the aerodynamics.

With all that in mind, no timescale has yet been set for the release of the second generation Legend. Jumping to somewhere totally different – Italy, in fact – Santini have a whole bunch of new jerseys including this Reef which is a windproof and water resistant short sleeve model... a bit like Castelli’s Gabba then, which is a jersey that has ‘inspired’ many others from other manufacturers over the past couple of years. 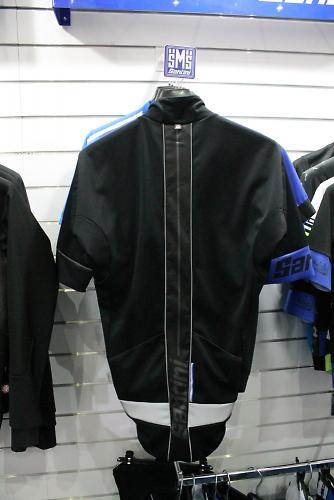 Santini say that their Reef jersey has been developed with Team Belkin and that it is designed to be worn over the top of the riders’ long sleeve winter jerseys or over a short sleeve jersey with arm warmers. 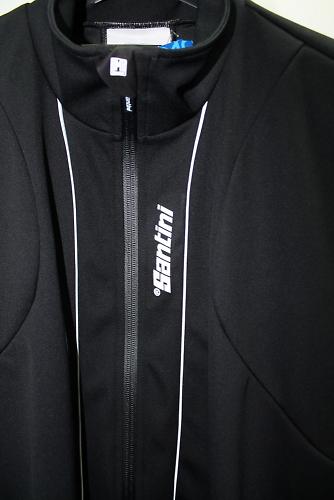 The breathable membrane fabric is called Tempo and the jersey comes with a waterproof full-length zip and elasticated anti-slip cuffs. 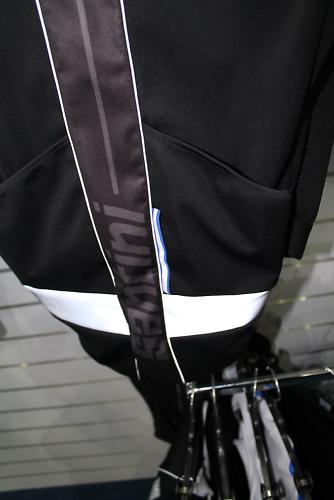 Santini have included quite a bit of reflective material both on the front and especially at the rear. Santini have a few special edition Giro d’Italia jerseys in the range, including this one that marks Stage 1 in Belfast. 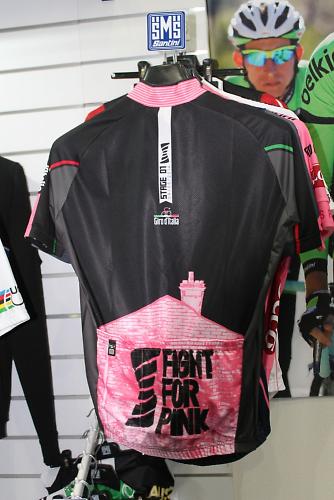 ...and the date of the stage on the back, look. 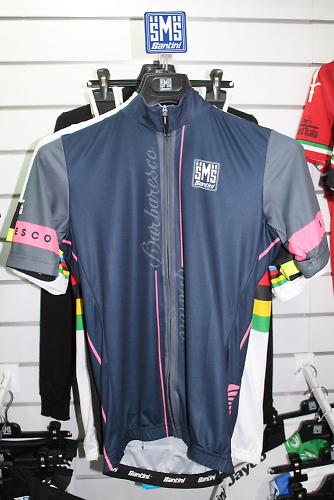 This is the jersey marking Stage 12 which goes into the Barbaresco wine region. 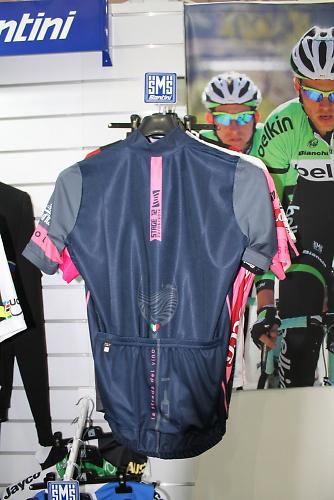 It says ‘La Strada del Vino’ on the back: the wine route.

Birzman have new tools on the way, including a couple of toolkits that look cool. 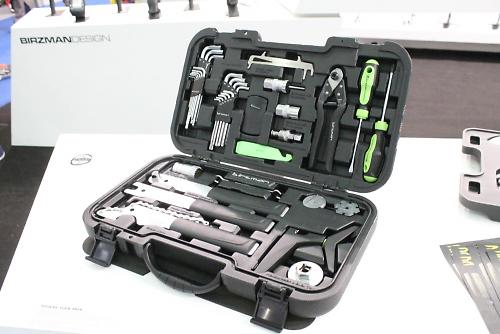 First up is the Travel Toolkit which contains 20 different tools. As the name suggests, the idea here is that the box contains everything you’re likely to need it you go away with your bike: Allen keys and screwdrivers, of course, and also cassette and crankarm tools, cable cutters, a pedal spanner, chain splitter, chain whip, and so on. It seems like a good selection to us. 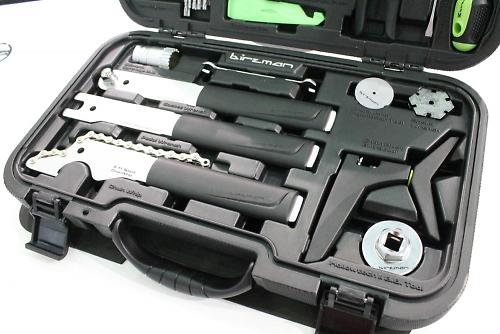 The Travel Toolkit is going to be priced at US$230 when it becomes available later in the year although we don’t have a UK price yet. 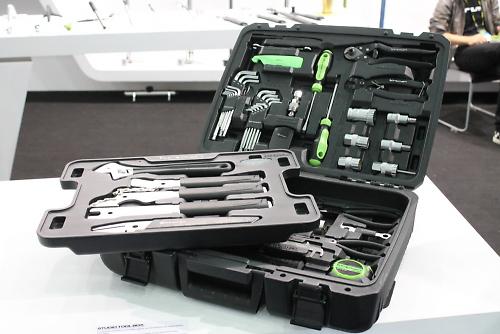 The Studio Toolkit is bigger, containing 37 tools. Everything that’s in the Travel Toolkit is also in here along with plenty more: an adjustable spanner, a steerer cutting guide, a rubber mallet, a threadless nut fitting tool, and loads more. 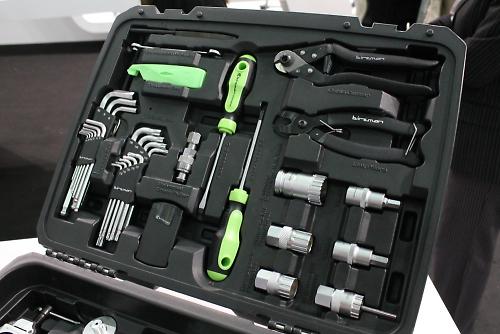 The idea is that you get everything here that you need to build a bike from the frame up. This one will be priced at $420. 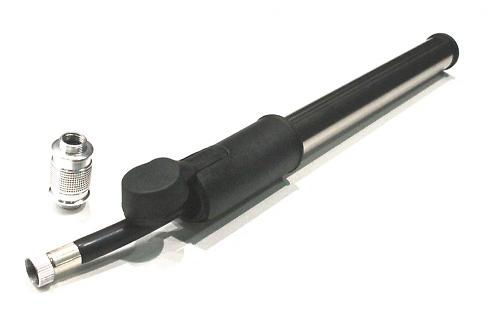 Birzman have a new entry-level pump in the shape of the Swift. The hose has a screw-on head that you flip over to swap between Presta and Schrader. It’ll be available later in the year at US$28. 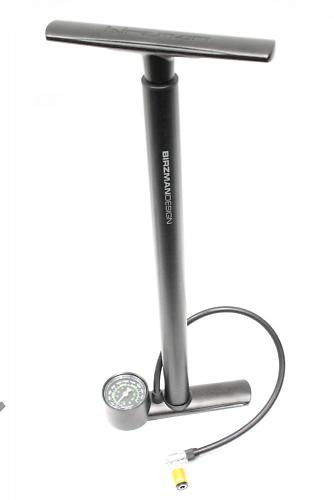 The other new pump is a black anodized version of the existing Tiny Tanker (which sits flat for easy storage). 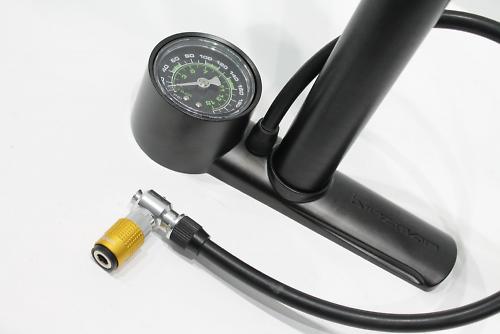 It is the same shape and dimensions as the original version but it comes with a steel piston rather than an aluminium one so it will be a little cheaper. Again, we don’t have a UK price but it’ll be US$70. There’s a new waterproof pouch called the Weather Warrior coming from Birzman too. It has a ziplock closure and it’s touchscreen compatible. It’ll take most 5in mobile phones and fit in a rear pocket of your jersey. 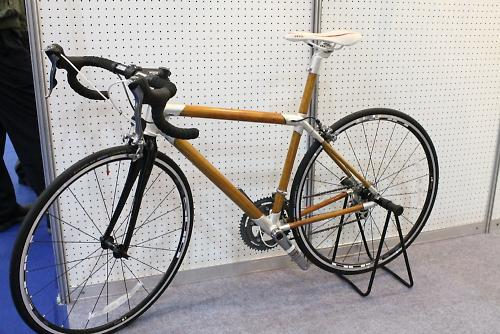 And finally, as they say on the News at 10, a wooden bike from Yijia Enterprise of Taiwan. It’s made from African Padauk, to be precise (no, me neither). But a quick gander on the Wood Database reveals it to be an African (well, the clue was in the name) hardwood that's strong and stiff and extremely durable with very good rot resistance, often used to make musical instruments. It's also among the most commonly misspelled wood names, but not here… ho, no. Probably. Oh, and it'll change colour over time through exposure to sunlight. 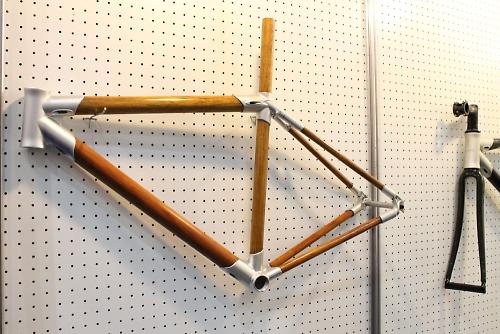 The down tubes and top tubes are hollow while the rest of the tubes are solid (okay, technically they're not tubes if they’re solid, are they?). 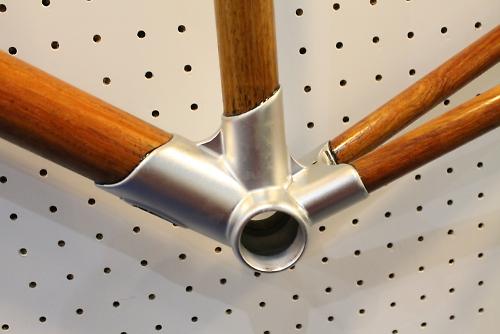 The manufacturer reckons the frame comes in at 1.82kg. It’ll set you back about £170 while the set of lugs is about £80.