Seven days in cycling: Your weekly catch up service of the week's big news stories on road.cc

This week's slice of cycling life features more video of awful driving - and awful drivers - than you can shake a stick at, plus Chris Foy (or is that Hoy?) and an app that chooses your gear for you every day.....
by Sarah Barth

Video plays a big part in this week's top stories - there's more footage of awful driving - and awful drivers - here than you can shake a stick at, plus other news of Chis Foy (or is that Hoy?) and an app that chooses your gear for you every day.

Click on any headline to read the story in full and join in our reader debates in the comments section. 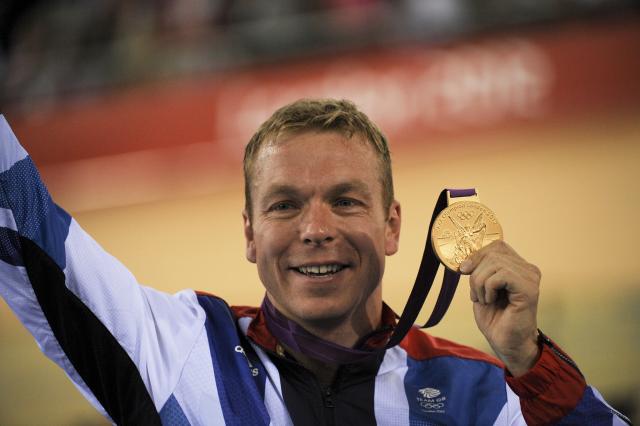 Sir Chris Hoy was all over Twitter for the wrong reasons on Sunday after irate football fans once again confused him with football referee, Chris Foy.

Chelsea fans took to Twitter after their team’s 1-0 defeat to Aston Villa to criticise Foy’s performance in a match that saw two of the London team’s players sent off and manager Jose Mourinho sent to the stands.

The first time Hoy was confused with Foy came in December 2011, with Tottenham Hotspur fans the culprits, leading the six-time Olympic champion to tweet: “Just for the record 1) I don't need glasses and 2) I do not lead a double life as an English premiere league ref. That's Chris Foy.

“Still getting some rather amusing grief from Spurs fans! On the plus side I've learned some new 4 letter words today.”

He coined the hashtag #FoyNotHoy, which was used on a number of posts last night by Twitter users pointing out the error made by a number of Chelsea fans.

Hoy didn’t hold back this time either:

@mrdanwalker they're coming thick and fast! With an emphasis on the 'thick'.

Video: Australian driver hits cyclist from behind - ends up fined and banned by the end of the week On Monday we brought you the driver in Queensland Australia who was caught on camera driving straight into the back of a cyclist at a junction in Brisbane.

In the footage posted to YouTube, the driver of a white Audi uses the left of two lanes to try and get to the head of a queue of traffic at a set of lights where a cyclist is already waiting.

By Wednesday we were able to bring you the news that the 25-year-old woman driver had been fined and disqualified.

The incident was caught on video by driver Andrew Ison who provided the 56 year old victim with a copy of the footage.

The driver was subsequently charged with driving without due care and fined $600 (about £330) and banned from driving for three months.

The rider was treated for minor injuries at Brisbane’s Queen Elizabeth II Hospital.


They do things differently in Belarus… Police in Belarus have employed a novel way of reinforcing to drivers the need to look out for cyclists – by staging a fake collision scene, with a mangled bike and a dummy standing in for an unconscious cyclist, complete with fake blood.

Apparently only nine motorists stopped their vehicles, out of 186 that passed by.

That’s a rate of one in 20, even though in some cases a police officer played the part of a passer-by and attempted to flag down passing traffic to alert them to the scene.

One of them drove past the incident but went back to investigate further, and five other motorists reported what they had seen when they reached a traffic checkpoint further down the road.

Each of the "Good Samaritans" received a calendar and a licence plate frame for having stopped. This is perhaps the most incredible near miss video we've ever seen. Shaves don't come any closer than this. If this cyclist were a cat he'd have used up all his lives at once, although at least he'd have found somewhere comfortable to sit:

“You calling me a w*nker?” Police identify driver who unleashed torrent of abuse on Sussex cyclist (+ video)

On Thursday Sussex police identified the driver of a Jaguar car who launched an expletive-ridden tirade at a cyclist and also appeared to punch him in a road rage incident earlier this month.

Cyclist Eddie Bell, aged 38, posted video to YouTube of the incident, which took place near Pevensey Bay, East Sussex, the weekend before last. He made a note of the vehicle’s registration number and passed it on to Sussex Police.

Here’s the video of the incident. With 25 swear words in 37 seconds, it’s very definitely Not Suitable For Work: Helmet camera footage of a driver twice brake-checking a cyclist in Glasgow has resulted in the motorist, who turned out to be serving a driving ban, being convicted on four separate charges – dangerous driving, breach of the peace, driving without insurance and driving without a licence.

On Wednesday, the driver, who pleaded guilty in the face of the video evidence, was fined £375, banned from driving for 48 weeks and ordered to perform 150 hours of community payback.

Here’s the helmetcam footage that led to his conviction:

Not sure what to wear when cycling? There’s an app for that… Ever woken up in time for a big ride but had no idea what to wear for the weather conditions? If so, there’s an app for that.

Combining a weather app with some handy cycling advice, the What To Wear Cycling app by developer Christopher Mullen translates temperatures and forecasts with your wardrobe.

If you’re riding in a group, just hit “Tell the Peloton” to email them all the same advice.

Love it, or think it’s pointless? Let us know.