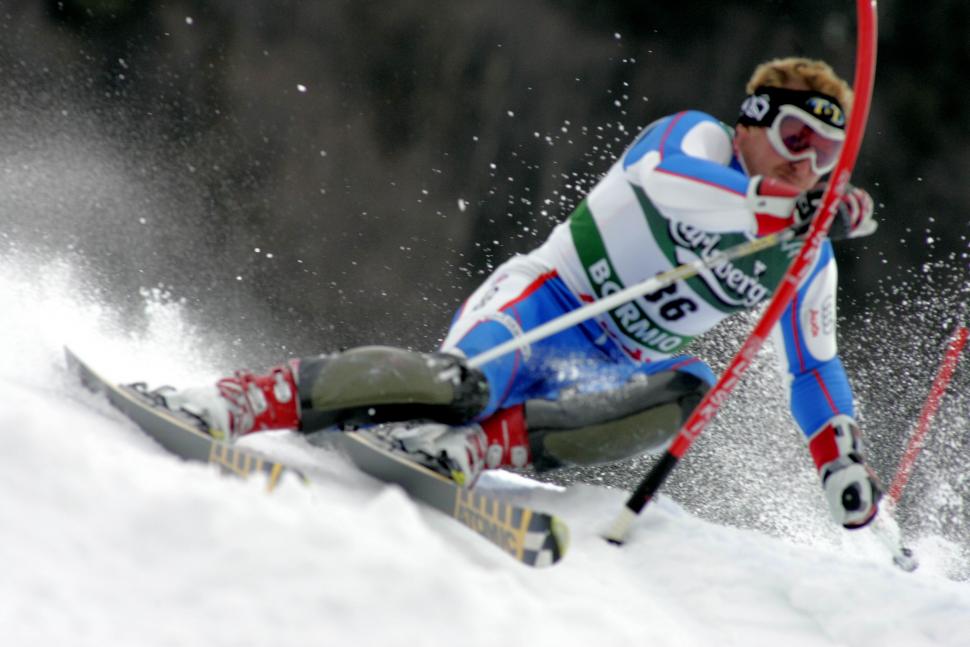 We reported earlier this week that Wiggo would be back in action at the Revolution meet on 5 December, and there's another big name announced today, though maybe not one you might expect. Former Olympic skier Alain Baxter will make his track cycling debut at Revolution next Saturday 5th December, making a special appearance in the 200m time trial event. Baxter, who was controversially stripped of a bronze medal in 2002, retired from skiing earlier this year but has since set his sights on track cycling.

A bout of flu ruled him out of appearing at the National Track Championships last month. Now fully recovered, Revolution will provide the arena for Baxter’s highly anticipated debut. He'll be competing against eight other riders in the 200 metre time trial, racing as a special guest rather than for one of the Revolution teams. And what formidable competition he will face – with a world-class line up including Jamie Staff, Craig Maclean, Ross Edgar, Matt Crampton and Roberto Chiappa. Baxter will be hoping to have beginner’s luck on his side. Luckily, the Scotsman relishes a challenge.

‘Revolution will be my first competitive race, so it’s a bit like entering the unknown,’ Baxter commented, ‘but I’m really excited about it. I've been training hard at the sprints and was really disappointed about having to pull out of the Nationals. This will be my first chance to discover how I measure up.”

While Baxter may be an unknown quantity going into his first race, he certainly has the right training credentials behind him. His coach Dave Clark has previously worked with fellow Scots Sir Chris Hoy and Craig Maclean, and it was Maclean himself who pointed Baxter in the direction of track cycling.

“I've known Craig for quite a while,” says Baxter. “We grew up not far from each other in Scotland and when I decided to retire from skiing, Craig encouraged me to get involved with the athlete transfer programme at the Institute of Sport and, as I've always done a bit of cycling, it just went from there.”

When asked about going up against Maclean in the time trial, Baxter laughed. “It’s going to be pretty interesting going head-to-head with Craig, he’s an awesome sprinter. There’s no doubt about it, I’m up against a world-class field at Revolution. I’m just going to give it my best shot.”

For tickets to see Baxter in action and further information about the Revolution Series, please visit the website www.cyclingrevolution.com