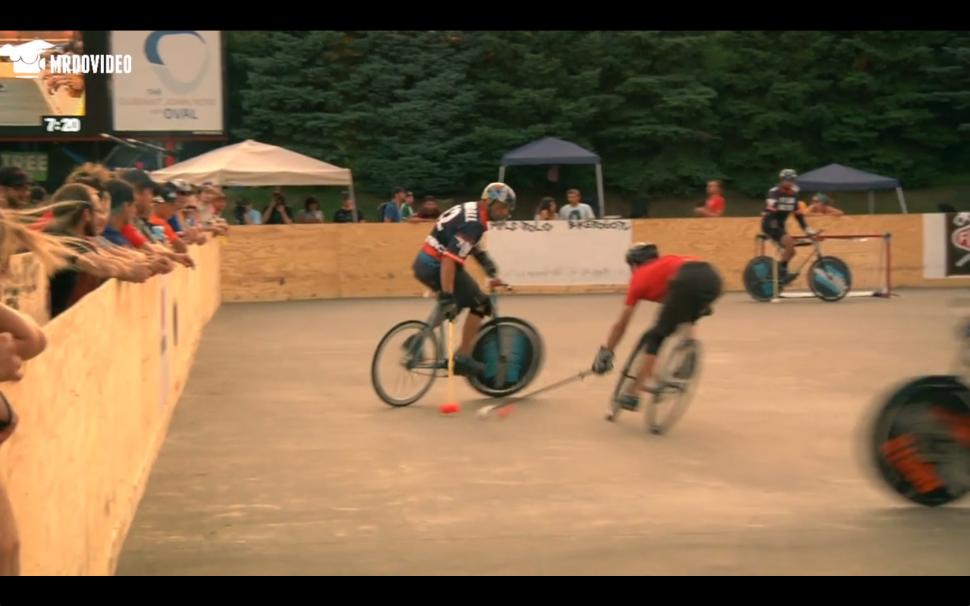 Last year, the North American Hardcourt (NAH) bike polo organisation had its most successful year. And if success is measured by big hits and gory shin injuries, they’re evidently doing very well for themselves.

The video of the year’s biggest hits, which you can watch below, features some bone-crunching impacts and a fair amount of blood from the tournaments that took place across the USA last year.

Bike polo has been around for a long, long time. Something not too dissimilar to modern hardcourt bike polo had its first recorded outing in Ireland in 1891, and was even an Olympic demonstration sport in 1908.

The peak of the traditional format's popularity came in the 1930s when regional leagues were set up in the UK and in France, with regular international matches held between the pair.

The second world war saw the decline of the sport in the UK, but leagues managed to stay together in France.

The 90s saw the sport take off again, with leagues in India and the States taking shape and the first International Bicycle Polo Championships taking place in 1996.

But it wasn't until 2010 that a cross-continental American organisation formed.

Throughout the 2000s American bike polo evolved from a street-sport populated by courier and messenger cyclists in their downtime to a community-galvanizing, 35-team event in Chicago in 2008.

The sport exploded after the Chicago event and as a result the NAH was formed. 21 representatives from across the country were elected to aid the growth of the bike polo community by encouraging the sport to adopt particular standards.

The organisation brought uniform court dimensions and goals sizes as well as a clear set of rules and refereeing standards to the street sport.