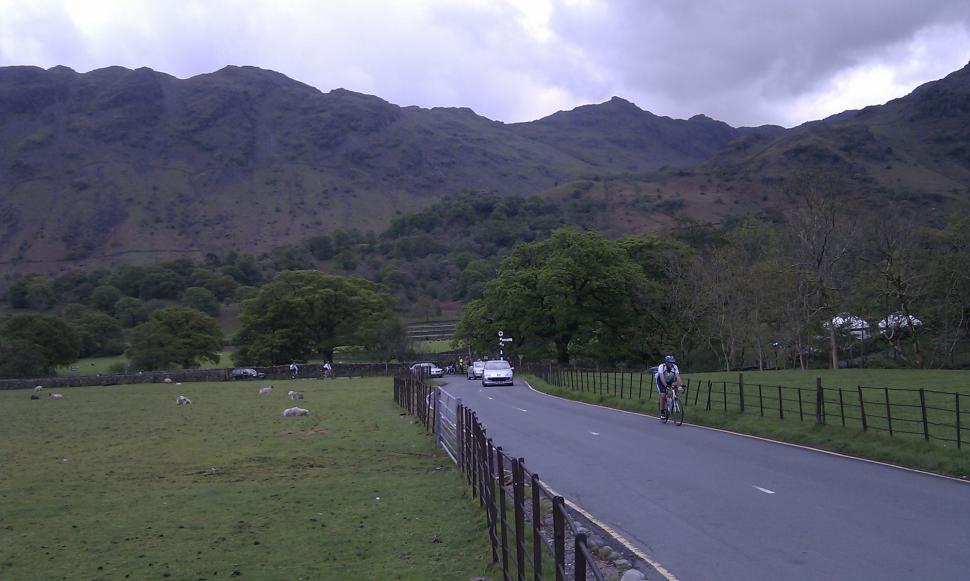 Two cyclists were airlifted to hospital during one of the country’s most challenging sportives in the Lake District this weekend.

Two men fell off their bikes while taking part in the 112 mile Fred Whitton Challenge today.

A 55 year old man from Portsmouth fell on a steep descent at Honister Pass, and the Great North Air Ambulance was called at 10.30am. After assessing his back and hip injuries the team flew him to Royal Preston Hospital where his injuries were severe, but his condition described as stable.

The air ambulance returned to the course at 2pm to the aid of another man in his fifties who had fallen off on the Wrynose Pass. According to the North West Evening Mail, the Duddon and Furness Mountain Rescue Team was assisting the casualty at the scene.

The cyclist had severe head and hip injuries and was again flown to Royal Preston Hospital where he too was said to be in a stable condition.

Finishers of the ride tweeted that the conditions were difficult, with rain at times.

The Fred Whitton Challenge is on public roads and can be ridden at any time of the year, with the loan of a timing chip.

When our man Dave Atkinson took on the tough Fred Whitton Challenge a couple of years back, he wrote:

“The descent off Wrynose is an exercise in not falling into a ditch, mostly. Steep and lumpy and tight and twisty.”