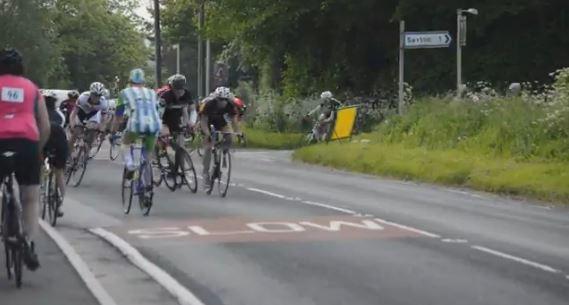 British Cycling says that sportives need to regulated to avoid issues such as the clash of the route of one such event and a road race that we featured in a video on road.cc this morning.

The governing body points out that while strict regulations surround races held on public roads, the regime is looser when it comes to sportive rides.

On Sunday, riders taking part in the Yorkshire Regional Road Race, an event authorised by police under the Cycle Racing on the Highway regulations and organised in line with what British Cycling describes as its “minimum standards” rounded a corner to discover a sportive heading in the opposite direction.

A spokesperson for British Cycling said: “This video is a perfect illustration of why the lack of any form of calendar co-ordination and regulation around sportives is a serious concern that needs to be urgently addressed.

“Over the last three years, there has been an unprecedented growth in the number of sportives with an almost 200% increase in the number of events that were registered through British Cycling alone.

“We’re asking the government to take action to ensure that cycling events on the public highway are better co-ordinated through an agreed process.

“These measures would aim to reduce the risk of clashes, improve event standards and provide an environment where both competitive and non-competitive events can run in harmony to meet increased demand.”

Both events were listed on the British Cycling website, but the governing body says that the sportive in question, the Cyclothon organised on behalf of the Prince of Wales Hospice in Wetherby, had not been formally registered with it.

Last year, Surrey County Council said it planned to lobby for regulation of sportives there following a rise in the number of events taking in the county’s roads after it hosted much of the route of the Olympic road races in 2012.