Need to know the shortest distance between you and that vital chainring/tyre/jersey? Pocket High Street can help… if you're in London...
by Elliot Johnston

A new app is set to keep London cyclists up-to-date with the new bikes, components and bits of kit that their local independent cycling retailers have to offer - and it's available for free in iOS beta from today.

Pocket High Street, which is due for Android release later this year, compiles and lists all the nearby and available bike-related products from independent retailers which it thinks the user might be interested in.

The combination of over 150 independent retailers means that Pocket High Street's network of dealers offer a greater range of products than Evans, Cycle Surgery and Halfords in Central London combined.

At the moment, the app only covers Greater London and the home counties, but there is talk of them expanding further afield in the future.

Inside the app, users can swipe left or right on the products that are listed on the home page to decide whether to ‘save’ or ‘delete’ each item, this action will teach the app what kind of products the user is most interested in, and future lists will be tailored accordingly. 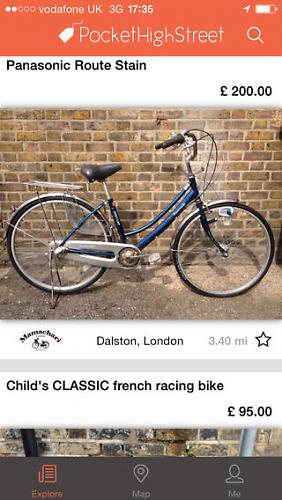 Signed-up retailers are shown on a map, each one represented by a pin, and the user can choose to view only the retailers that offer products they’re interested in. 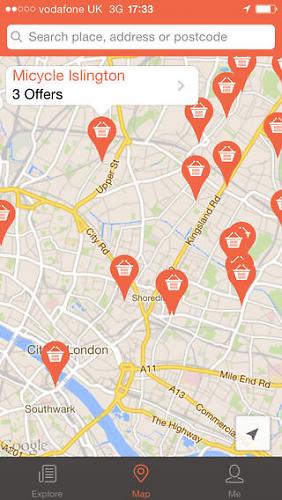 The app uses a PayPal-connected payment method which makes buying things through the in-app click-and-collect system easy for both bike retailers and app users.

Updates to the app’s features are incoming too, including alerts when a user is in close proximity to a retailer that stocks something they’ve shown an interest in, and different coloured pins for bike events, cyclist friendly coffee shops and cycling clubs. 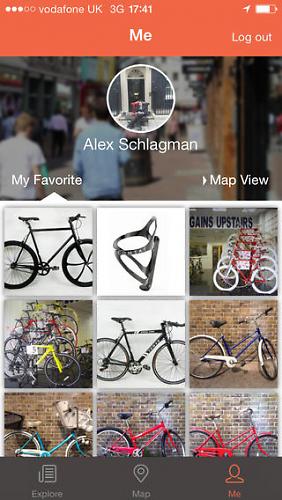 Currently, Pocket High Street puts cyclist within a finger’s reach of just over 150 independent bike retailers in the capital, but is looking to increase that number in the coming weeks.

CEO of Pocket High Street, Alex Schlagman, told road.cc that the team currently have a list of 227 independent bike shops in the city, and their aim is to work with every single one.

He said: “We’re not looking to curate a list of products and bike shops, what we’re doing is providing a platform for every London cycling retailer to showcase their goods”

The team have a fairly large scope for expansion, even beyond increasing their retailer population.

An Android version of the app is in the works, which Schlagman says will land towards the end of 2014, and the possibility of extending the app’s reach out of London is on the table too.

“We don’t want to dilute ourselves, which is why we’re limiting ourselves to making London work first,” Schlagman said.

“The same goes for the Android release. We’re learning so much about the user experience at the moment through this week’s public beta iOS release, and we’ll look to take what we learn out of the back of the summer and on.”

You can download the Pocket High Street app beta on your iOS device here, from Apple App Store.