New gear will be ready for Spring/Summer 2015 focusing on Accessible quality, style and performance
by dave atkinson

Vulpine have announce this week that they're working on a new apparel brand with Sir Chris Hoy. It's the second collaborative venture for Hoy, following on from his launch in 2013 of the HOY bike brand with Evans Cycles.

"I'm thrilled to be working alongside Vulpine", said Sir Chris of the move. "My aim was always to grow the brand, creating a HOY clothing range that excites cyclists and that I truly believe in, and Vulpine do just that". Hoy is certainly no stranger to Vulpine gear, having been seen wearing the company's clothing on a number of occasions over the past year.

"Both brands are obsessive abount inclusivity, ensuring that cyclists of all genres, ages and abilities feel welcome", he added. "The designs we're working through at the moment are absolutely a range of apparel designed by cyclists, for cyclists."

Exactly what is in the range remains to be seen, but clearly Vulpine's strength is in well-designed urban and crossover gear with an emphasis on quality fabrics and thoughtful design. We've tested plenty of it and it's generally very good. So we'll expect more of that sort of thing for now, but we'll fill you in when we have more details. 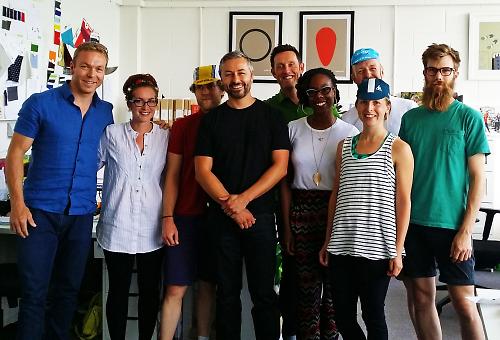 Nick Hussey of Vulpine said of the collaboration, "We’ve been in discussions with Chris since late last year. Very quickly we realised that both brands' attitudes to cycling as a whole overlap extremely closely. Neither of us are in it merely to make stuff. It all had to mean something. Chris wanted to work with a brand he could identify with and trust, and I’m beyond thrilled that he chose us. We both want to make cycling clothing people want to wear, not feel they have to."

He added, "And no, the gear won't be sized purely for Chris' thighs. We've been asked that a lot!"

1
Near Miss of the Day 376: Frightening footage shows driver overtaking cyclist with coach coming the other way
2
Hit and run driver who killed cyclist “did not look properly or at all”
3
Edinburgh cyclist aiming to become the fastest woman to ride around the world
4
Met Police denies operation issuing hi-vis to cyclists was ‘victim-blaming’
5
Hell of the Ashdown sportive cancelled – but no refunds for those who entered
6
World Naked Bike Ride returns to London in June
7
Near Miss of the Day 374: Driver at traffic lights Must Get In Front
8
Video of car passenger throwing orange juice over cyclist goes viral