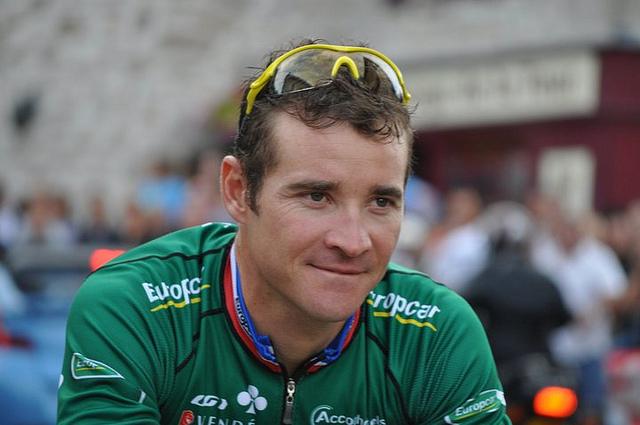 Europcar rider Thomas Voeckler says he will miss next month’s UCI Road World Championships after he broke his collarbone when he was hit by a car during a warm-up ride shortly before the start of yesterday’s opening stage of the Tour du Limousin.

The 35-year-old was negotiating a roundabout in Limoges shortly before noon when he was hit head-on by the vehicle, the impact throwing him against the windscreen, smashing it, reports Le Parisien.

Journalist Kevin Cao of the Populaire du Centre newspaper tweeted a picture of Voeckler immediately after the crash, together with one of the damaged vehicle, noting that “from the appearance of the car’s windscreen, the impact was violent.”

Voeckler said that he was making a turn around the roundabout when he was hit by the vehicle, which he remarked was being driven “very, very fast in town,” adding that the driver hadn’t seen him.

“It’s clear that it’s not even worth thinking about the World Championships, which I’d hoped to be chosen for,” he went on.

The rider noted that it was the fourth time he’d suffered a broken collarbone – the last was in Australia in January, shortly before the start of the Tour Down Under – but the first time the injury had been to the left one.

He also said that the latest injury had thrown his plans for the rest of 2014 into disarray.

“It’s clear that I’ll be off the bike for at least two weeks, which greatly compromises all my aims and races for the final part of the season.”