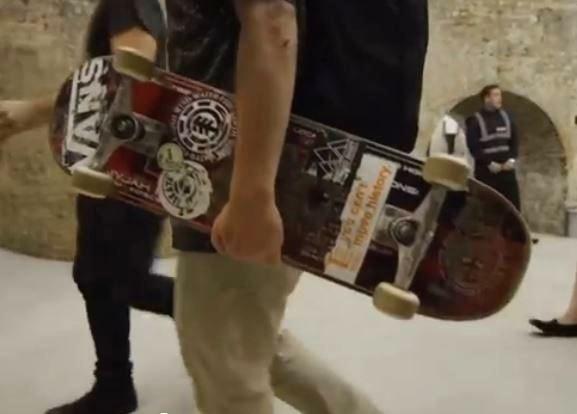 As retailer confirms cycling is the new golf — is skateboarding set to become the new cycling?

No sooner than a leading golf retailer confirmed this week that the well-worn cliché, ‘Cycling is the new golf,’ is being reflected in its performance comes a claim that ‘Skateboarding is the new cycling’, with growing numbers of middle-aged men turning – and often, returning – to four small wheels for their recreation.

Speaking to Retail Week about its new flagship store in the City of London, American Golf head of marketing Daniel Gathercole pointed out that according to a survey from the Golf Foundation, 400,000 people in Britain have given up golf in the last three years.

Instead of – to paraphrase Mark Twain – spoiling a good walk, instead many of them are having a good bike ride, with Gathercole attributing the fall in large part to the number of people taking up cycling, encouraged by marketing campaigns from media firms such as Sky.

He acknowledges that it is a “tough time” to attempt to sell the latest high-end clubs to people also tempted by top-of-the range bikes – and given the rise in cycling among City types in particular, and the number of bike shops that have opened in recent years, the store is perhaps, as Retail Week puts it, “swimming against the sporting tide.”

But there’s a new kid on the block, and it’s one that according to the Telegraph’s Harry Wallop could replace cycling as the sport of choice among middle aged men – skateboarding.

The management of House of Vans, the 30,000 square foot underground skateboard and BMX park recently opened at Waterloo in London by the US-based skater clothing and footwear firm, say that a third of the 15,000 users of the facility in its first fortnight are aged 30 or over.

Media consultant Grant Feller told the Telegraph: “Skating is almost the perfect metaphor for a midlife crisis – it is mildly dangerous, it is fun and it is bound to end with humiliation and a bruised ego.

“A midlife crisis is all about discovering the things you missed out on in your youth, which used to be fast cars and having more sex. But maybe, for the latest generation, it is skating.”

Wallop says: “The ultimate sport for teenage rebels has morphed into the new cycling, which is now often taken up by MAMILs (middle aged men in Lycra) – all the gear and no idea.

There’s no need for such an acronym for middle-aged skateboarders, though opinion is divided on what the correct term for them is; Wallop says they refer to themselves as “skater geezers,” while over at The Times, another description is used.

One skateboarder at House of Vans, 47-year-old Andrew Paddison, tpld the newspaper’s Lucy Holden: “Old gits like me are called ‘middle-aged shredders’.”

Another, 52-year-old Des McDaid, added. “There are loads of old people skating now. It keeps me fit, it’s great cardio and it gives you a huge amount of energy. All my friends do it.”

Jeremy de Malliard, from Vans, told The Times: “We’re seeing guys revisit the sport they loved as a kid. It’s a huge cultural shift from 20 years ago.

“Mainstream popularity has thrust it back into the consciousness of people who started skating when it was counter-cultural and it’s allowed the scene to grow up,” he added.

1
“People need to see justice being done”: CyclingMikey says camera cyclists suffer online abuse because some motorists “feel they have the right to drive how they want”
2
Near Miss of the Day 848: An overtake worthy of the 'must get in front' title
3
Near Miss of the Day 847: Careless caravan close call causes cyclists concern
4
Mavic launches the Cosmic Ultimate as “lightest wheelset in its category”
5
Victory claimed for harassment campaign by “mob of decent people” as helmet cam cyclist deletes Youtube and Twitter accounts
6
Specialized closes inclusive women’s cycle clothing brand Machines for Freedom
7
Large vehicle may have crashed into controversial bike hangar, council says
8
Judge tells man who "played the system" after dangerous driving killed two young boys to expect "very significant sentence"