New stopper seen on De Rosa's King XS; scheduled to be a 2016 product...
by dave atkinson

We spotted this smart-looking new brake adorning the King XS on the De Rosa stand. It said FSA on it, so we mosied over there to ask them about it.

It’s a new FSA delta brake, effectively. It’s probably not called the delta, but that’s by the by: that’s what everyone is going to be calling it, whatever its real name is. It bears more than a passing similarity to the legendary Campag brakes of old. We’re hoping they do a polished silver version. 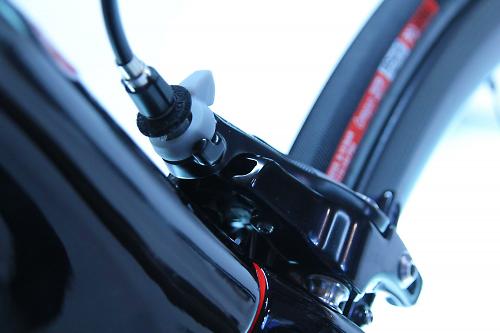 It’s a real thing, too. The brake on the De Rosa is obviously pre-production (some of the plastic bits are rapid prototypes) but FSA confirmed that they are planning to put it into production, probably in 2016. 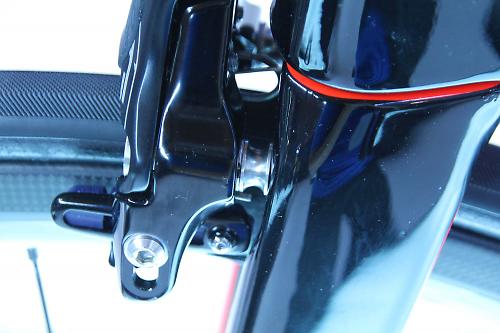 The brake uses the new direct mount standard, so it’ll go on any bike that uses the two mount points on a fork or a frame. The brake’s mechanism is significantly less complicated than the Delta, which used a fiendishly complex linkage to apply the brake force, and ended up doing it not very well. The FSA brake pulls a central wedge that pushes apart the two brake arms using rollers in a scissor action, with the brake acting on the rim at the other end of the arm. 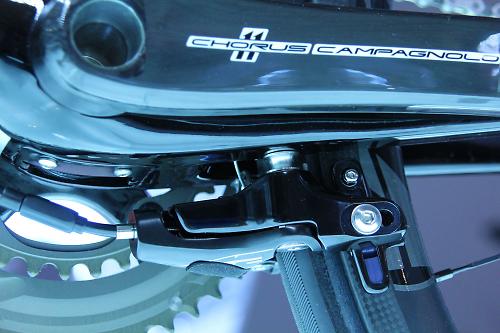 Okay, it’s not a thing of sublime beauty like the Campag Delta. But it is an interesting design, making good use of the new direct mount standard, and the design of the brake will probably appeal to the aero crowd as the covered design is likely to be less disruptive to the air flow. There’s quite a lot of adjustability in the brake which allows it to compensate for small variations in the position of the direct mounts. In terms of power, FSA say it will be comparable to standard direct mount callipers.