The Concours des Alpes returns for 2015

The Concours des Alpes is a multi-stage event created by people getting increasingly jaded by the usual sportives and etapes and trying to offer an alternative by putting the zing back into sportives. And after a successful debut year it’s back for 2015. 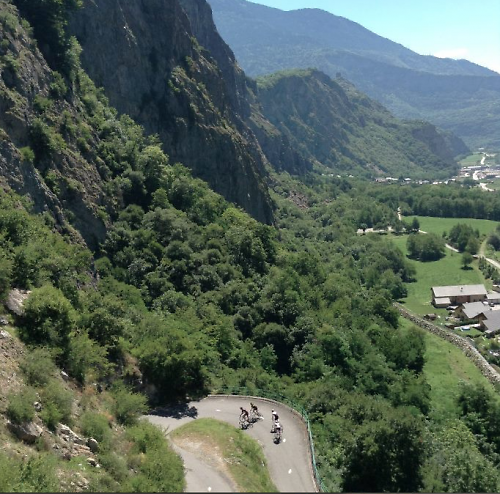 The event is the is the brainchild of Mike Edwards, a veteran of multiple Etapes, Dragon Rides and countless other organized rides who says of the The Concours des Alpes;

“I’ve ridden enough Etape du Tours to have forgotten how many but lately started to feel the experience could be better. The logistics (and cost) of getting and being there, the pressure of the single day, the regrettable hotel, the super-early start, and the gratuitous final 30km with one-more-climb-than-is-actually fun: all of these things put me off doing another but made me wonder what the alternative could be - how to keep the things I liked and lose the things I didn’t.”

“I looked at other, multi-stage alternatives but they were about 3 times the price of what I knew we could do, better. If we could keep the camaraderie, the competitive element for those that wanted it, the scenery, the climbs and take care of all the logistical niggles that add in unforeseen costs, then we’d be on to something.”

The 2014 version, held last July in the Haute Savoie region of the French Alps, crammed 5 fearsome stages into 7 days and for 2015 the Concours des Alpes returns to the Alps near Bourg St. Maurice for 5 more days of Etape style rides, with a mountain time-trial and 4 big days in the hills featuring iconic Tour climbs like the Col de la Madeleine and the Cormet de Roselend. Last year’s jewel in the crown was a hitherto barely known climb so good that the Tour de France co-opted it: the Lacets de Montvernier drew applause when it was announced at the Tour route announcement. Once again the Concours des Alpes will be ahead of the game in 2015, riding it 3 days before the Etape does. Without the MAMIL traffic-jam. Five days riding in the Alps is going to be tough, but the organizers are keen to point out that like any sportive event it’s as hard as entrants want it to be. That said, you need to be fit enough for a week in the mountains and if you’ve done any sportives or races you’ll be fine, but there is a 125km cap on all stages if you’re feeling a bit intimidated.

The key thing is that the social, fun feel of a local shop ride or chain gang is retained. The Concours des Alpes format allows the more competitive types to push themselves in either a fight with the terrain or plain old battering each other, whilst the mere mortals will find the mountains demanding enough on their own - these are tough, Tour climbs after all. The real challenge will come from doing multiple days of hard riding. If it does get too much though you can opt out, take the broom wagon, or just do a ride of your own choosing – there’s no shortage of phenomenal routes in the Alps. “I don’t want high level racers coming along simply to thrash everyone else and then retire like monks as soon as the day’s riding is finished” say Mike, “Yes, you’ll need the ability to manage several tough days in the mountains, and there’ll inevitably be sparring amongst some riders but that’s not the sole intention. My best cycling trips have been about the people I’m with, sitting in the sun, drink in hand, swapping stories of cycling hardship and success at the end of the day. That’s as important as the riding.” To this end the event is limited to 50 people to ensure the element of camaraderie that makes these things special is still there and doesn’t get lost in the crowd.

The Concours des Alpes 2015 runs from July 11th to the 18th and will cost you £987.00. That covers everything bar your means of transport to France and one day of self catering, so that’s accommodation, food (including three course meals in the evening), event entry, feed and finish stations, a bike mechanic and bike care facilities at your disposal and airport transfer.

There are feed and finish stations along the way and a broom wagon for those who don’t fancy riding any element. Riders will receive route maps and route signage, and there’s a talk-through of the stages beforehand - just like the Pros in the Tour. The Concours des Alpes also has a professional coach on hand so that you can pick up tips about all aspects of riding and training during the informal, after dinner talks. 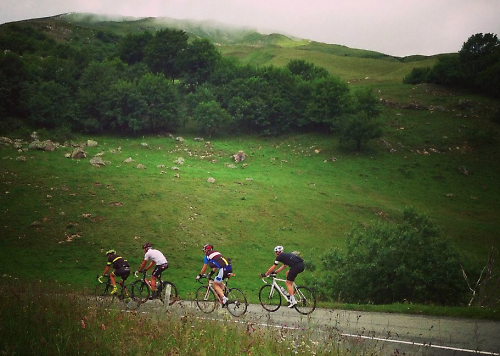 If you’re bored of the crowded bun-fight of the Etape or any sportive event then the Concours des Alpes might be for you. Small, friendly, challenging and hassle-free, it’s so much more than just another sportive. Booking is open right now.