New minimalist pedals used by Fabian Cancellara to win Paris-Roubaix finally available in the shops. And we've got a pair to test
by David Arthur @davearthur

These are Speedplay’s brand new Zero Pavé pedals, a race-tuned pedal developed for the demands of the Spring Classics, where the weather can often be a factor with equipment choices. It’s fair to say the new pedals have been thoroughly tested before their public release, Fabian Cancellara used a pair when he won Paris-Roubaix way back in 2006.

“Originally developed for Speedplay’s professional cycling teams, Zero Pavé pedals have been thoroughly tested and proven over the years with numerous victories in the world’s toughest races including Paris-Roubaix, Tour of Flanders, Gent Wevelgem and Strade Bianche,” says Speedplay. 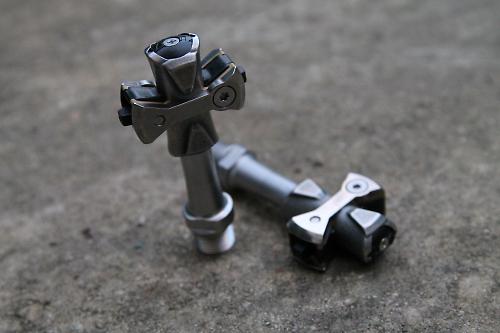 Essentially the Zero Pavé pedals are the regular Zero pedals but with any non-essential material removed. The idea is to ensure easier pedal engagement and disengagement in wet and muddy conditions. It’s not so much that the Speedplay pedals themselves are be prone to clogging with dirt and grit, but the cleats themselves. Eliminating as much as the body as possible should provide more free space for mud and other debris to vacate the critical engagement areas of the pedal and cleat, so clipping on and out in bad conditions should be easier.

Despite the reduced body size of the new design, the pedals are said to offer exactly the same contact area as the regular pedals on which they’re based. The construction of the pedal is quite different to the regular ones. Those have a composite body with pressed in metal inserts, these new pedals are CNC-machined and hand-built at the company’s San Diego headquarters. 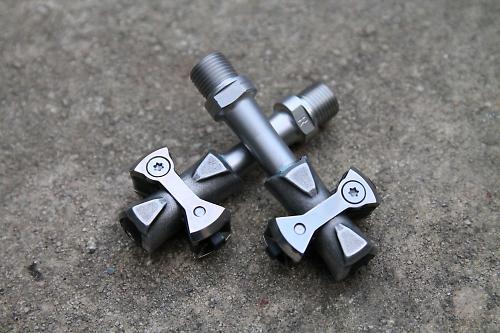 Inside the pedals are a row of needle bearings and two cartridge bearings with a heat-treated stainless steel body. A grease port allows easy injection of grease to keep them running smoothly. Each set of Zero Pavé pedals come with the new V.2 cleats, which have been slightly redesigned to be more compatible with the curved sole of current road shoes.

Our stainless steel pair on the road.cc scales weigh in at 302g the pair. The titanium version is claimed to weigh 188g.They’re not cheap at £269.99 though, compared to a regular pair of Zero Stainless Steel pedals which cost £149.99. 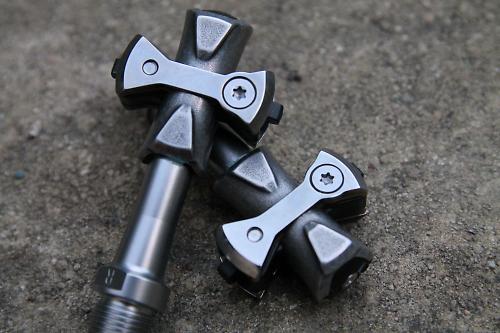 First impressions on a quick setup ride show the Zero Pavé pedals to feel indistinguishable to regular Zero pedals. Getting in and out of the pedals feels exactly the same. Now I need to get them out on some of the dirty and muddier roads and some off-road trails to see how they cope with a good coating of mud and slime.