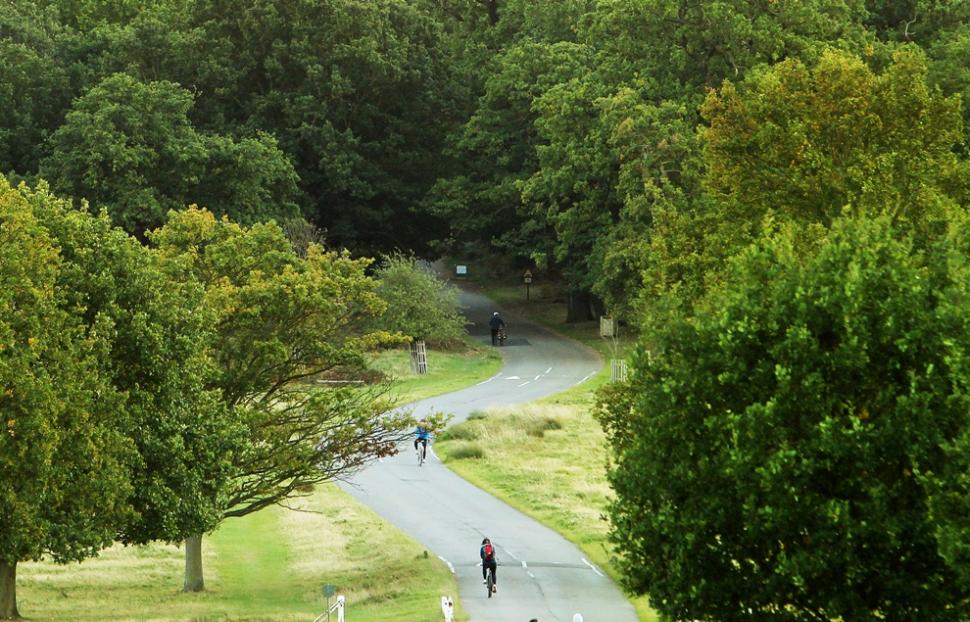 Cars should be banned from Richmond Park at the weekends, urges a petition on the campaigning website, 38 Degrees. But despite the park being used by large numbers of cyclists and other people at weekends, the petition, launched 10 months ago, has fewer than 200 signatures.

We noticed this petition through a post this week on the Facebook page of the campaign group, Stop Killing Cyclists.

While some social media campaigns achieve momentum immediately, others take more time to build it, if they manage it at all.

Without publicity, however, they have trouble getting off the ground, so we’d like to give this one a push as we head into the New Year.

Plenty of road cyclists use Richmond Park to train, particularly at the weekend, but it’s also somewhere that parents take their kids on bikes to let them ride around in a relatively safe environment.

Here’s the wording of the petition, which is addressed to local MP Zac Goldsmith; Richmond Park itself is one of the Royal Parks.

If you agree with what the petition is asking, please sign it.

We want to take cars out of Richmond Park and create a safer and pollution free environment for people to enjoy.

We want a ban on cars commuting through Richmond Park during the week. On weekends we want cars to be restricted to accessing the car parks from the nearest gate.

Why is this important?

Richmond Park is a National Nature Reserve, an SSSI and a Grade 1 Listed landscape. The weekend closure would not only enhance the experience for cyclists and other users but would also promote the conservation, protection and improvement of the natural and physical environment of the Park, and its peace and natural beauty for the benefit the public and future generations.

The park is a great asset for SW London, it should be a safe place for families to explore and for people to ride bicycles around without having the roads jammed up with cars.