Dutch professional cyclist Thomas Dekker will this evening attempt to break the UCI Hour Record at altitude in Aguascalientes, Argentina, with his sights set on former team mate Rohan Dennis’ record of 52.491 km. Ambitiously, Dekker is going to ride a 58x14 gear, compared to the 56x14 used by Dennis. 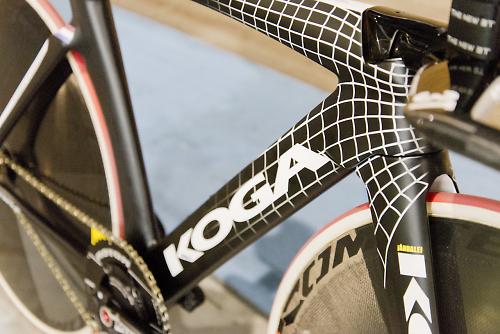 Dekker was on the Garmin-Sharp team last season, but he’s out of contract this year so his manager, Martijn Berkhout, threw out an invitation to companies within the bicycle industry to support the record attempt. Dutch brand Koga stepped up to the plate and here’s a look at the bike Dekker will be riding tonight. 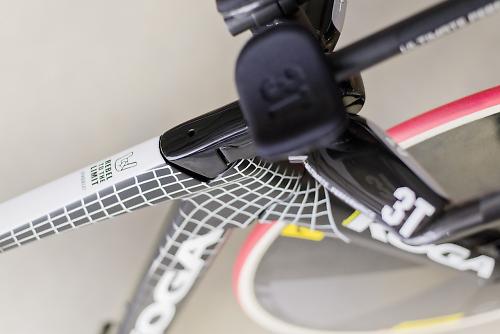 At the heart of the bike is an updated version of Koga’s TeeTeeTrack bike. It’s constructed from carbon fibre so it’ll be light and stiff, and it has an integrated stem, much like on the BMC track bike that Rohan Dennis used in his attempt. The idea of this integration is to clean up the airflow around the handlebar and stem, and allow him to get very low at the front, for an aerodynamic position. 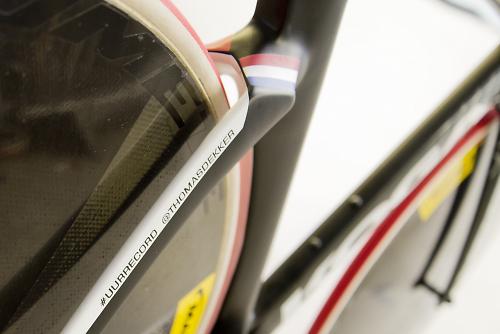 The frame and fork spin on Mavic Comete Track disc wheels - every other Hour Record attempt since Jens Voigt opened the floodgates has been ridden on carbon fibre disc wheels - with Dugust tubular tyres. The handlebar is a 3T Brezza II with ski bend extensions and a large stack of spacers underneath to get a desirable position, one that balances the needs to be relatively comfortable for the hour while also being as aerodynamic as is possible. It’s a tradeoff between the two, if you put yourself in a position that is aerodynamically superior but is so uncomfortable you can’t put out the sustained power necessary, it’s going to be a world of pain. 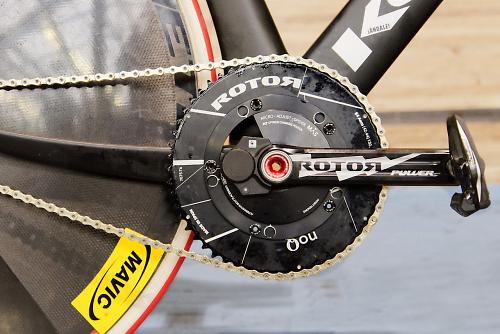 The Rotor Power cranks will provide data analysis after the event, and Dekker is using a round Rotor chainring as well. We’ve been informed that he’ll ride a 58x14 gear - Rohan Dennis used a 56x14. Think you could turn that size gear for an hour? My legs hurt just thinking about it. It's worth considering the 2,000 metres altitude advantage. Dekker is confident riding at altitude will give him an advantage, with seven world records set on this track in Aguascalientes, it's one of the fastest tracks in the world.

He’ll perch atop a PRO Aerofuel saddle, a triathlon and TT-specific saddle with a long central cutaway. Lastly, Koga have given the bike and his skin suit and helmet an ‘Evil Spiderman” paint job. Dekker’s personal slogan, ‘Rebel to the limit’ is written along the top tube, along with his name and the date and location of the Hour Record attempt. On several places the the word !ANDALE! is shown, Mexican for “GO! GO!” 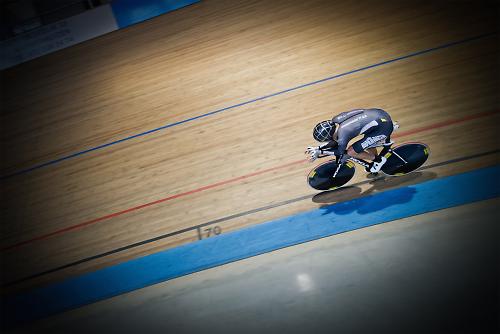 1
Police retrieved "five pieces of fingers" from the Humber Bridge after a cyclist fell off his bike
2
Win an amazing 3T Exploro GRX Pro bike worth €4000!
3
Near Miss of the Day 416: HGV driver powers past cyclist despite oncoming van – police take very swift action
4
What do the new lockdown ‘groups of 6’ rules mean for cyclists?
5
Decathlon launch a new entry-level gravel bike, the Triban RC 120
6
Fractured spine for Yorkshire cyclist after hit-and-run motorist ‘deliberately’ drove at riders
7
“A small, almost nothing, story” – Mark Cavendish hits back at report he may miss Tour de France
8
Government to issue half a million £50 repair vouchers to get neglected bikes back on the road