Trek has updated all its disc cyclocross bikes with a 15mm thru-axle fork, and added new paint jobs too
by David Arthur @davearthur

Is it the cyclocross season already? No, but that hasn’t stopped Trek from releasing details of its updated Boone and Crockett cyclocross bikes. The key change to the new range is that all the disc models now feature forks with a 15mm thru-axle. There are also more hydraulic disc brake builds, updated groupsets and new graphics and paint jobs.

Disc brakes on cyclocross bikes make a lot of sense, even if many of the world cup cyclocross stars haven’t fully embraced them just yet. Away from world cup racing and on the amateur circuit at least, and away from racing, which a lot of cyclocross bikes are really bought for, there is a much higher acceptance disc brakes. 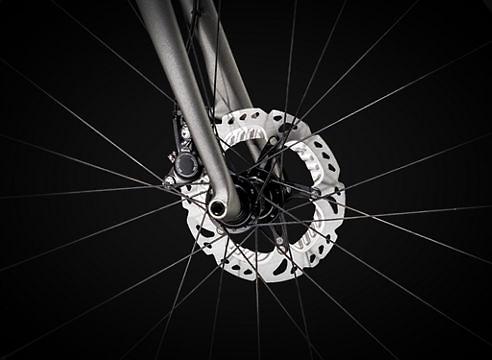 One of the talking points generated by the disc brake debate is the choice of axle system. Here, Trek has decided that all its disc bikes will get a thru-axle fork. There's a carbon fork with aluminium steerer on the Crockett 5 disc and Boone 5 Dis, and a full carbon fibre fork is used on the Crockett 9 disc, Crockett disc frameset,  Boone 9 disc bike and Boone Disc frameset. The full carbon fork saves a claimed 120g over the carbon/aluminium fork.

There’s still a regular quick release rear axle setup. The reason for this, says Trek, is that the “front-end of a bike benefits most from the stiffer thru-axle system - it allows for more precise and confident steering, helps eliminate flex in the system, and we were able to do all this while actually making the bikes lighter.” Trek says that existing Boone and Crockett customers can upgrade to the new carbon thru-axle fork. They’ll be offering an all-black fork that should sit well on previous framesets, regardless of the paint job.

Aside from the new forks across all the disc models, Trek has also revamped the paint jobs as well. On these new paint jobs, Trek reckons “the new color schemes will give you 16.2% more heckles and a whopping 18.6% more handups during races. Trust us – we use science and stuff.”  Who says bike companies don’t have a sense of humour?

Here's the range in full: 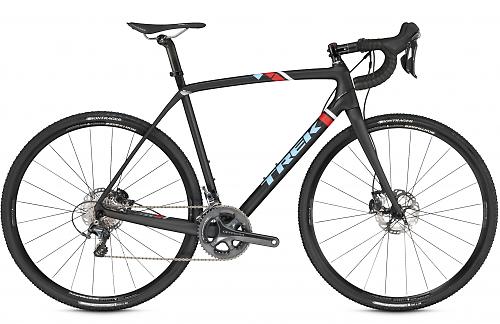 Featuring a full carbon fibre frame, made from 600 Series OCLV, with the IsoSpeed decoupler from the Domane, and built with a Shimano Ultegra mechanical groupset with RS685 hydraulic disc brakes. 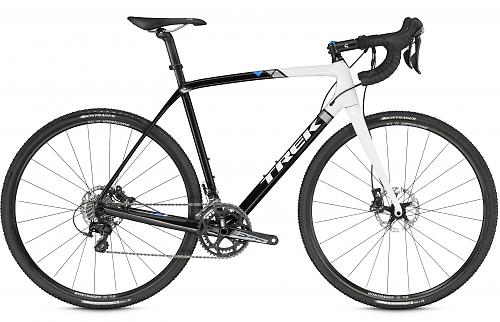 Same frame as the model above, even down to the carbon fibre, but built up with a Shimano 105 groupset, FSA Energy cranks and Shimano RS685 hydro disc brakes. 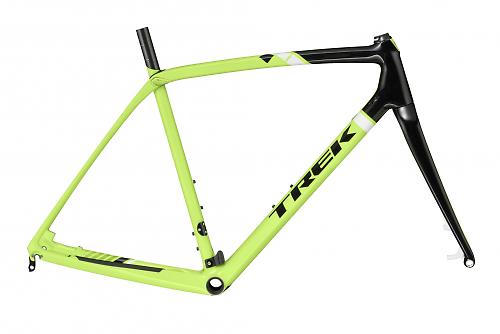 The Boone is also available in two framesets, one with disc brakes, and one with rim brakes, costing £1,800 and £1,750 respectively. The Crockett 9 Disc has a 200 Series Alpha Aluminium frame with a IsoSpeed Cross carbon disc fork, with a carbon fibre steerer tube. It's equipped with Shimano Ultegra and RS685 disc brakes with 140mm rotors. Using the same frame as the 9 Disc, but swapping the Ultegra groupset for a 105 drivetrain, FSA Energy Cross chainset and Avid BB5 mechanical disc brakes with 160mm rotors.

Don't think Trek is abandoning regular rim brakes on its 'cross bikes, as paint jobs for the non-disc Boone and Crockett bikes have also been updated. Below is the new Crocket 7 (£1,800). 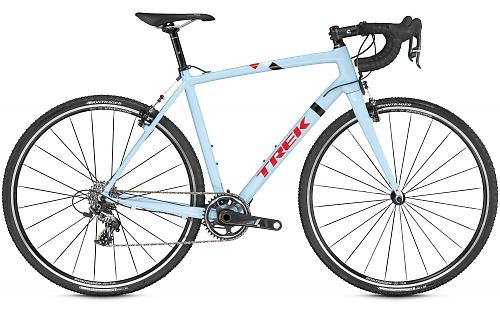 1
Jail for hit-and-run drunk driver who crashed into three cyclists, causing serious injuries
2
World's first eSports pro cycling team sacks rider for cheating on Zwift
3
Devon cyclists to be given helmet cameras to help catch dangerous drivers
4
"Too ridiculous": Cyclist reports motorist for driving on the pavement... and is threatened with fine for 'cycling on the footpath'
5
Cyclist fined after submitting dangerous driving video to police
6
Bath golf club set to be transformed into bike park
7
'Incredibly talented' police officer killed after being hit by motorist while cycling
8
Cycle campaign group urge people not to cycle over safety fears