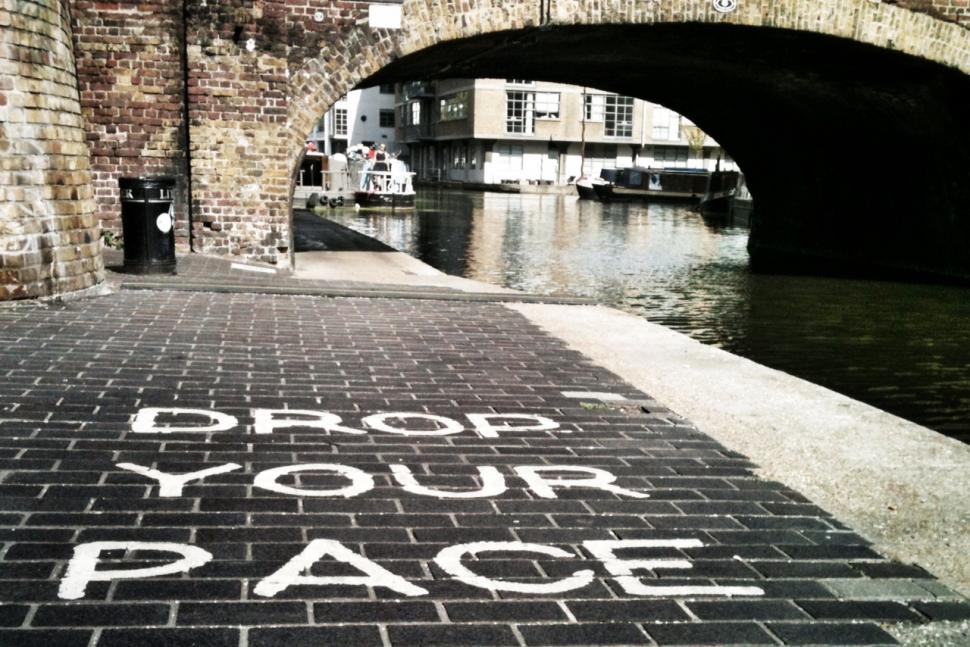 Cyclists hitting speeds of 20mph or more as they aim to become King of the Mountain … well, Towpath
by Simon_MacMichael

Speeding cyclists in London and elsewhere are being urged not to treat towpaths as race tracks in attempts to set the fastest segment times on Strava, with an organisation responsible for their upkeep telling road.cc that besides safety issues, securing bragging rights on them is “a hollow victory,” hardly comparable to setting the fastest time up the Alpe d’Huez.

With the Easter holidays upon us and the seasons shifting slowly into Spring, canal and river towpaths will be an increasingly popular destination for people looking to enjoy the outdoors, whether on foot or bike.

But the traffic-free routes also encourage some cyclists to chase Strava segments at speeds of around 20 miles an hour or more, an issue of concern for other towpath users as well as those who live on the water.

That’s despite bodies responsible for towpaths, such as the Canal & River Trust, putting in place codes of conduct that ask people to be considerate to others, including that cyclists should ride at a sensible speed and give way to people on foot. 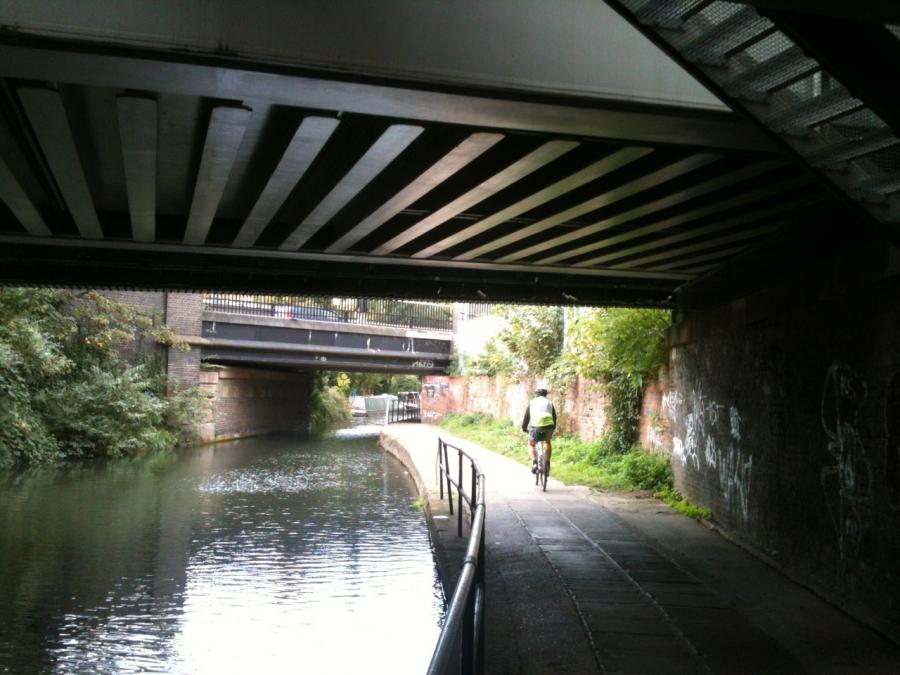 Dirk Vincent, one of the trust’s towpath rangers, told road.cc: “London’s towpaths are a great way for cyclists to get around but they’re not suitable for racing or time trials.

“These paths, full of really interesting historical features and rich in wildlife, are increasingly popular with other cyclists, walkers, joggers, boaters and families just feeding the ducks so it’s fairly obvious that trying to be a Strava ‘King of the Mountain’ on a towpath is pretty dangerous.

“They’re hardly the Alpe d'Huez so frankly a personal best here is a pretty hollow victory anyway - so why put yourself and others at risk?

“We’ve spoken with Strava about our concerns and where we receive reports of cyclists racing or doing time trials then we’ll flag that route as unsafe for racing.”

He added: “We recently launched our ‘Better Towpaths for Everyone’ policy which, as a general rule, gives priority to the slowest user on the towpath. This also sets out how people can enjoy the waterways safely and responsibly to ensure that they remain calm, tranquil places for everyone.”

His views are echoed by Sustrans, which develops and maintains the National Cycle Network, much of which runs on towpaths.

Jon Usher, community and engagement manager at the sustainable transport charity, told us: “‘Sustrans doesn’t condone the use of apps that encourage competitive time setting on shared use paths.

“Our published code of conduct clearly states that pedestrians have priority in these environments.

“It’s disappointing to still see irresponsible behaviour from a minority of users and we would call on the cycling community to flag segments which are clearly inappropriate for these speeds,” he added. 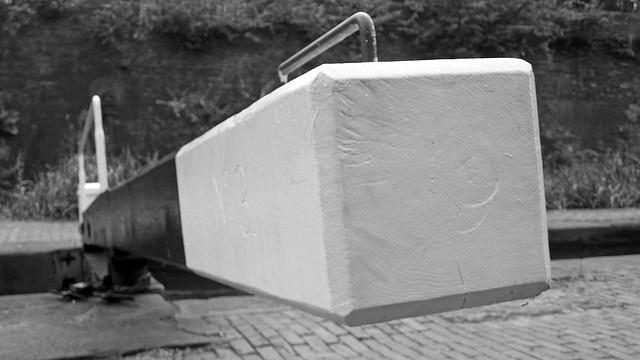 While popular commuter routes such as the Regents Canal in London see high levels of activity on the ride sharing app and website, the issue isn’t just confined to the capital.

A blog post published on Narrowboatworld.com highlights more than 1,000 attempts by in excess of 500 cyclists on an eight-mile Strava segment on the Bradford & Avon Canal in Somerset, with the current KOM standing at 19 miles an hour.

The poster, Ralph Freeman, points out that since that is an average speed over the segment, the rider in question will have exceeded that at times.

After outlining to readers how Strava works and acknowledging the attraction of what are, after all, routes free of motor traffic, he says: “So, many dog walkers and boaters who have described upgraded towpaths as becoming 'race tracks' are not far off the mark.

“These virtual time trials would explain why some of the Lycra brigade will not slow down for anything and just bawl at other towpath users to 'get out of the way'.

“Do you realise, you selfish person mooring your boat up to set a lock, that you could be ruining some rider's best time ever and their chance to go number one on Strava? Shame on you!”

Elsewhere, a two-mile stretch of the Oxford Canal running from Wolvercote to the edge of the city centre has a current Strava King of the Mountain with a speed of just under 20 miles per hour.

On that length of towpath, as in other places, the issue isn’t just one of potential conflict with residents and other users, many of whom may have small children or dogs with them – there’s also wildlife to consider.

The presence of rare water voles on the Oxford Canal delayed a planned upgrade to the path a few years ago, and breeding wildfowl such as ducks, geese and swans are also of course a common sight on inland waterways, with their offspring hatching at this time of year. 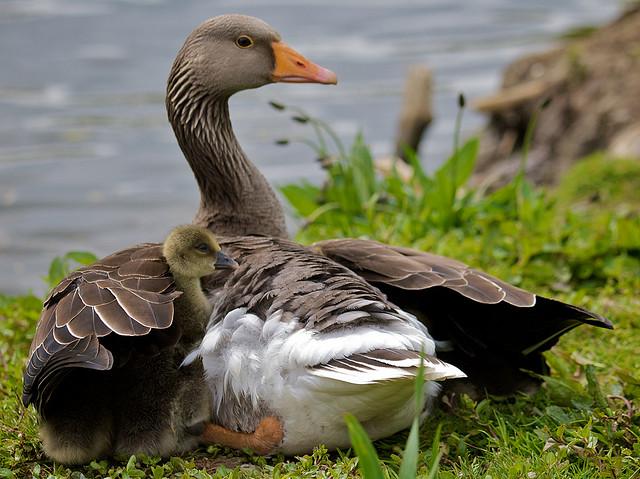 Back on the Bradford & Avon Canal, however, Mr Freeman isn’t convinced that either the Canal & River Trust or Sustrans, in promoting leisure activities on the towpath such as cycling, are helping the situation.

He claims the organisations, along with local authorities, are “bent on transforming our peaceful towpaths into time trial courses for a small minority to commandeer,” adding, “all I can say is well done! Your plan is working.

“Where is English Nature when you need it?” he asks. “I bet the local wildlife, herons in particular are not amused by these so-called improvements. Another peaceful haven for contemplation destroyed, but for what purpose?

TR McGowran, road.cc contributor, London canal boat dweller, cyclist and volunteer towpath ranger, gave us his own take on the issue. He said:

The towpaths in London are a popular car free route that can dissect London from east to west. They may be free from cars but they are far from being free from traffic. Parts of the towpath in central London get over 1,000 users per hour at peak times in the morning.

Most of the towpath is about 1.5 metres wide and this is shared with pedestrians, joggers, cyclists, dog walkers, anglers, push chairs, more joggers, and on top of this there are people who decide to live by the towpath in boats, like me.

The call for work in the morning sends a lot of people into some sort of frenzy to rush to their desks and this sees the mix of towpath users develop a neon streak as cycle commuters push a little bit faster through the busy greenway with a chorus of frantically pinged bells, the backfiring of the 'Two Tings' campaign to alert other towpath users of a cyclist’s presence but now seems to have become more of a siren to get people to get out of the way, an often futile and noise-polluting annoyance to any boat dweller as most walkers and joggers have earphones plugged into their lugholes.

The towpath is a shared pathway that pedestrians have priority on but the attraction of a motor vehicle-free route is exploited by those who want to use it as a rat run. A timed rat run with people scoring Strava times.

He added that he rode the Mile End to Limehouse section “conservatively and considerately” to see what his average speed would be, and it turned out to be 14 miles per hour. But with City commuters living in north or west London likely to join the towpath closer to City Road, he added that on that particular stretch, “the towpath is very quiet and there are no boats moored other than a couple of maintenance barges, it is easy going as it is slightly downhill.

“There is good visibility although there are few bridges to pass under but these do have guard rails.”

Most cyclists of course are considerate when using towpaths; here’s a group of 40 students and staff from a school in the Netherlands riding along the Oxford Canal last month, on bicycles hired from local business, Bainton Bikes. 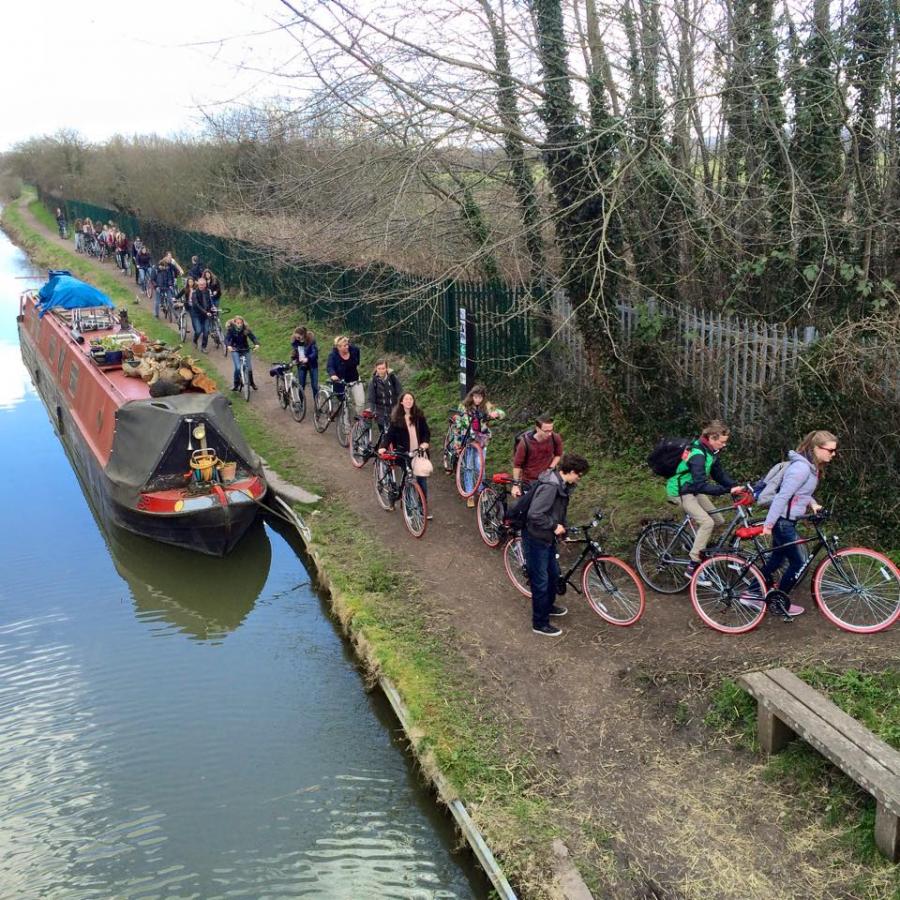 Do you cycle on towpaths, in London or elsewhere? If so let us know your thoughts about whether they are appropriate places to try and set Strava KOMs in the comments below.