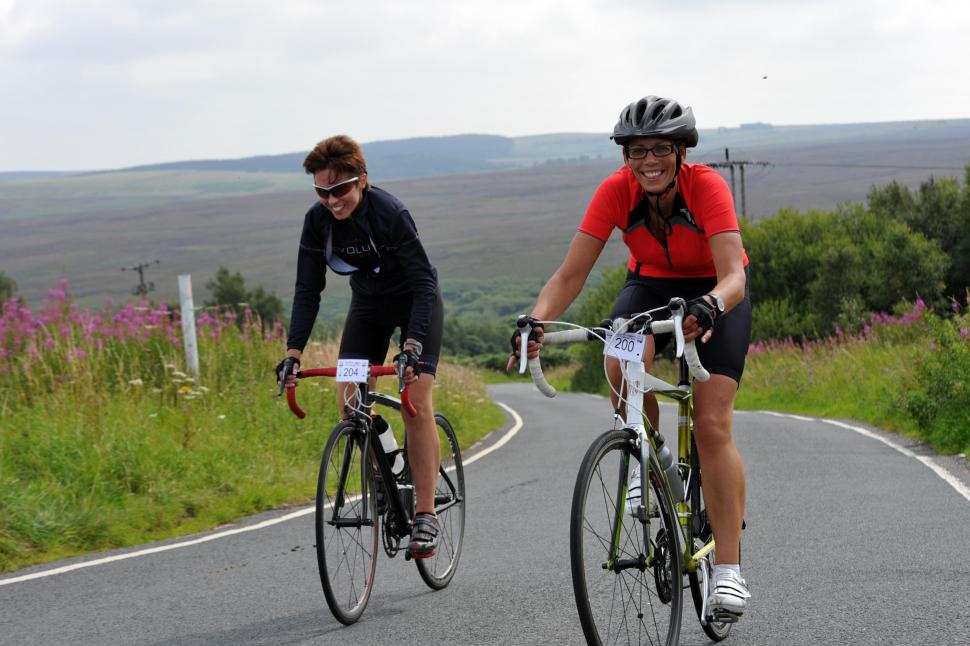 The rise and rise of the Sportive: 2015 a record year for participant numbers

A record number of British cyclists will take part in organised non-competitive rides this year as the sportive market grows exponentially.

Research by the market analysts Mintel (who coined the phrase ‘MAMIL’) has found huge growth in the number of cyclists taking part in sportives - figures backed up by British cycling.

Last year, 380 sportives were registered with British Cycling, with more than 100,000 people taking part. That’s three and a half times as many as were held five years ago, and this year will be a record breaker, based on the 76,500 people who have already entered an event this year.

That’s a big boost for retail, says Mintel - as participants often upgrade to a road bike to take part. It’s thought to have led to the 10 per cent of total bike sales in 2014 which were road bikes.

Because of the higher price tag for performance bikes, that represents 25 per cent of the market by value - a total of £950m in 2014.

“Rising average selling prices reflect recognition on the part of consumers that they get what they pay for,”  Michael Oliver, Mintel’s senior leisure and media analyst, told the FT.

In the last three years British Cycling has also seen its membership rise from 42,500 members to more than 100,000.

Two thirds of those members said their annual spend on cycling equipment was less than £1,000, but four per cent said they spend £3,000 to £5,000 annually.

More than one in three adults now classes themselves as a ‘current’ bike rider, and among the 18-34 age group that rises to half of respondents. However only 18 per cent ride every week.

“All the ingredients are in place for market growth” over the next few years, said the report.

Last year we reported how British Cycling stated that sportives need to regulated to avoid issues such routes clashing, which have led to collisions.

The governing body points out that while strict regulations surround races held on public roads, the regime is looser when it comes to sportive rides.

A spokesman said: “Over the last three years, there has been an unprecedented growth in the number of sportives with an almost 200% increase in the number of events that were registered through British Cycling alone.

“We’re asking the government to take action to ensure that cycling events on the public highway are better co-ordinated through an agreed process.

“These measures would aim to reduce the risk of clashes, improve event standards and provide an environment where both competitive and non-competitive events can run in harmony to meet increased demand.”

If you’re looking to upgrade your bike for a 2015 sportive, check out our latest Buyer’s Guide.