Bespoked, the UK’s top showcase for handmade bicycles and cycling accessories, returns to Bristol on 17-19 April, and this year takes place across two venues – Brunel’s Old Station will play host to framebuilders, some new, some returning, while the Arnolfini arts centre on the waterfront will host two new events.

We've already given you the full list of exhibitors, now we're going to give you a preview of some of those exhibitors and what you can expect to see from them. We've had a huge response to our request for information on what wares the many companies and brands will be showing, so we're going to split our preview into two parts. So without further ado, here's part one. 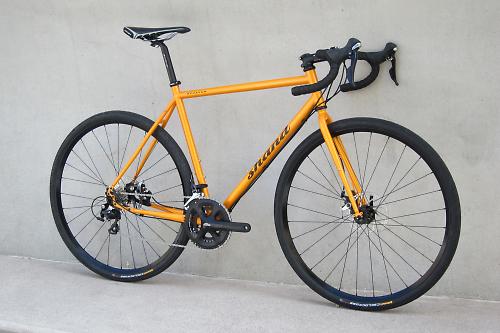 Scottish framebuilder Shand Cycles will be showing several new bikes, including the relaunched Skinnymalinky road bike, plus a Stoater that has been specially commissioned for the 4,000km Transcontinental Race this year. By way of preparation for that race, two members of Shand will be cycling the 400 miles from Edinburgh, where the company is based, to Bristol.

The Stoater is a TIG welded Reynolds 853 frame with a steel fork and pressfit 30 bottom bracket, and is well equipped with adjustable dropouts (so it can accommodate a Rohloff, singlespeed, belt drive, bolt-thru axle or conventional geared setup) and three bottle mounts and rack and mudguard eyelets. 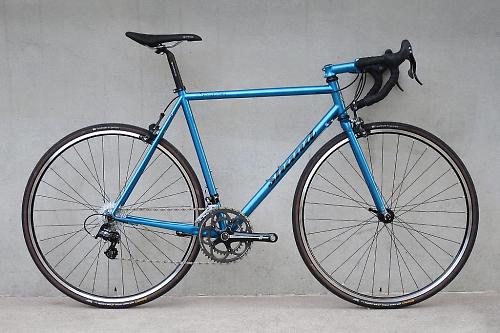 The Skinnymalinky has been updated with a custom drawn Reynolds 853 and Columbus steel tubeset with space for 28mm tyres and mounts for mudguards, so it’s pitched at those cyclists wanting a versatile year-round road bike. There’s now internal cable routing and Breezer-style dropouts and there’s new carbon fork from US manufacturer WoundUp, though a steel fork option is available. 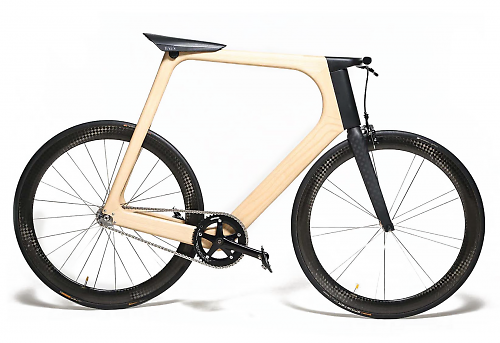 Keim will be coming to Bespoked for the first time, but with their unique bikes they will surely stand out from the crowd. The company started in 2014 and makes frames combining composite and wood technology. 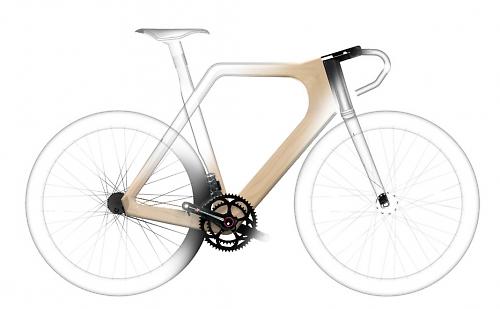 They’ll be showing two models, the Arvak fixed gear bike and the Honza, a prototype for a new road bike. 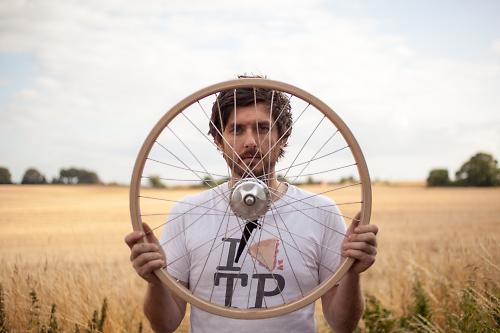 It’s not all framebuilders at Bespoked you know, there are also many component brands to grab your attention. August Wheel Works is run by bespoke wheelbuilder Gavin Buxton who is based in Norfolk and will build you any wheelset you desire. As well as wheels, Gavin is branching out and will be showing his first frameset at the show. 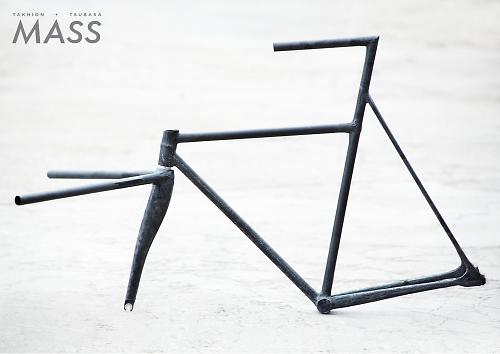 Tsubasa (Edvinas Vavilovas) and Takhion (Reginald Vorontsov) have put their heads together to collaborate on this stunning prototype carbon fibre frame. 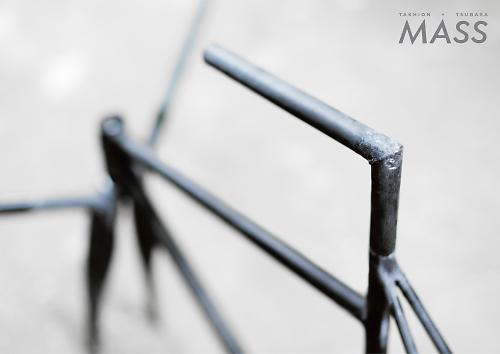 Details are sparse at the moment, so we really can’t tell you much about it at all, apart from it looks a radical departure from the usual mainstream bikes with handlebars branching off the fork and an unusual seatpost design. 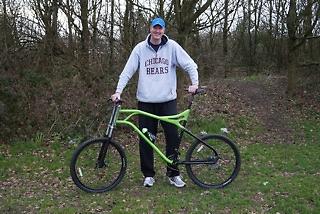 COFA Engineering are well versed in producing special one-off bikes, and at the show they’ll be displaying a bike built for the UK’s tallest man, who stands at 7’7”. It’s hard enough for tall people to get a bike to fit from a mainstream manufacturer, let alone someone so exceptionally tall, so he approached COFA and they produced the custom bike you see in this photo.

Sturdy Cycles will be showcasing three, possibly four, new bicycles, ranging from a conventional road bike with space for 32mm tyres and a relaxed geometry, to a time trial bikes that has a radical appearance. 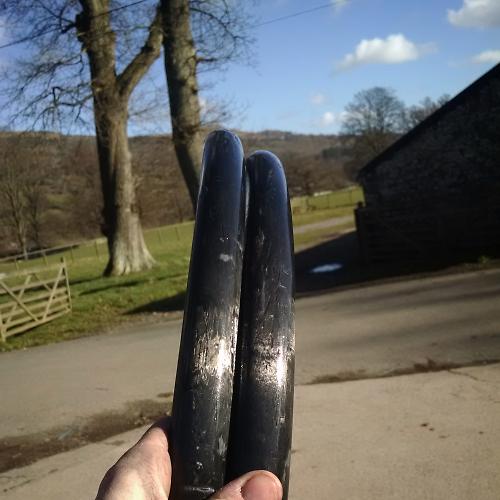 Each Sturdy frame is bespoke and built for a customers exact requirements. One bike on display will be a sportive bike with an internal gearbox, belt drive and disc brakes, along with an integrated carbon fibre seatmast and carbon mudguards. 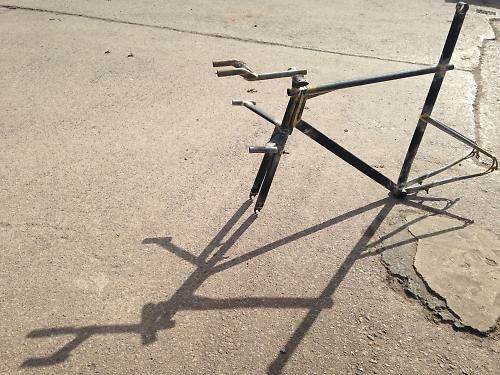 The radical time trial bike pictured here has an integrated fork and handlebar with a custom geometry that Sturdy tells us is designed to account for the unique weight distribution of an extreme aerodynamic body position, and produce good handling. The main tubes are aero shaped with a low profile frontal surface area, with integrated front and rear lights.

Chris King himself will be attending the show, along with Jay Sycip from Cielo, the frame business run by Chris King. Cielo will be showing a new mountain bike along with new steel framed Di2-ready and disc-equipped road bikes, with the frames entirely made in-house. 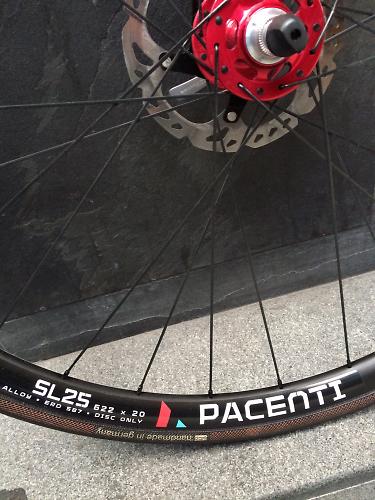 Also new and on display for the first time are the new Pacenti SL25 Disc rims built exclusively on Chris King Hubs. Field Cycles, founded in Sheffield five years ago, have been turning heads with their custom painted bikes over the years, for this year’s show it looks like Field have pulled out all the stops, producing some bikes that will certainly turn heads and stop people in their tracks. 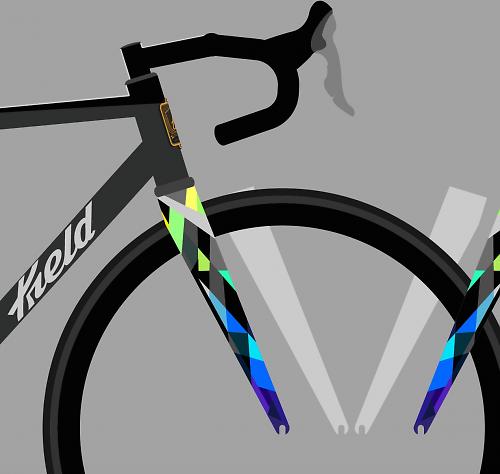 They’ll be showcasing three new bikes, which at the time of writing at still in the spray booth. Two of the bikes are prototypes, one combines stainless tube and carbon fibre tubes, with a custom Reynolds top tube, and the other is a mix of Reynolds and Columbus steel tubes with custom bent seatstays. The frames also feature their own design dropouts, because they want to make as many parts in-house as they can. 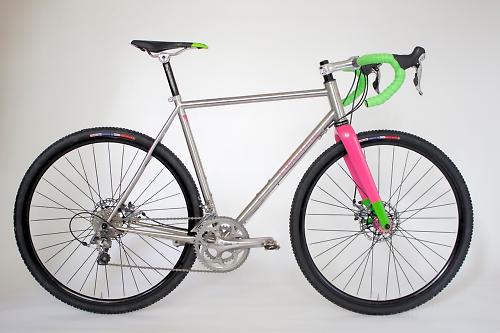 Based in Stroud, Gloucestershire, Libertine Bicyles are a bespoke frame builder made, painted and ridden by Phil Taylor (who is also the organiser of the Bespoked show). 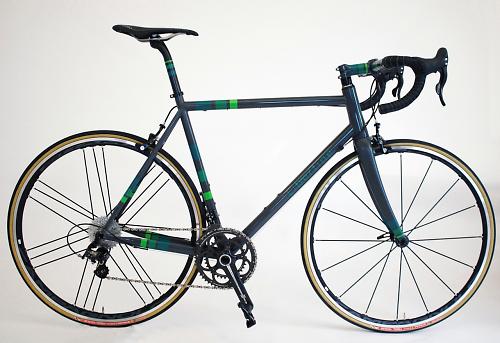 He TIG welds the frames from a selection of steel and stainless steel tubesets, and he places great emphasis on the ride quality of fit.

Helavna Cycles is a framebuilder from Tokyo, Japan, who spent three years working at an established framebuilding workshop before creating, in 2010, their own brand of bespoke bicycles.

A neat D-Lock holder in this custom rear rack.

Yeah, finally u-lock holder is built inside the rear rack #custom and thank you so much for your help @hidetakasuzuki , making this tricky leather strap to complete this project! Restrap will be showing their ‘Carryeverything’ touring range of fully customisable luggage solutions, providing some convenient ways of transporting stuff on your road or city bike. They’ll also be showing this new Unite backpack, a roll-top design that is expandable to accommodate up to 30L of luggage when full. Tubeset manufacturer, and supplier to many of the framebuilders at the Bespoked show, Columbus will be on hand to talk through their latest tubesets and answer any questions you might have. The company, which founded in 1919, has been busy in recent years developing new tubesets with the latest HSS tubeset showing there is still life in the material yet, and being embraced by the framebuilding community, which gets bigger every year. 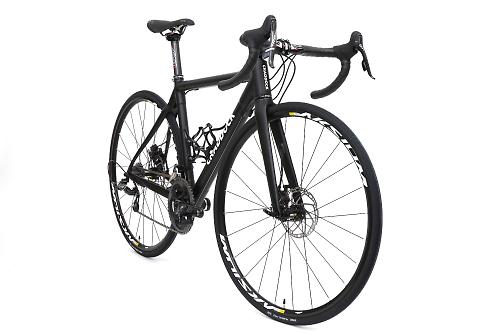 Craddock, one of the few custom carbon fibre manufacturers working in the UK, will be using Bespoked to show their new disc-equipped road bike. It’s built with clearance for 28mm tyres and the carbon fibre tubes are made in the UK to Craddock’s exact specifications, and built in their own workshop. 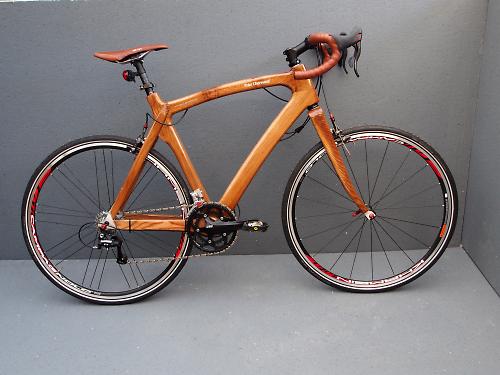 Brighton-based Peter Charnaud hand builds road and mountain bikes not from metal or carbon fibre, but wood. He’ll be exhibiting three new bikes at the show, each handcrafted from English wood and each one bespoke. 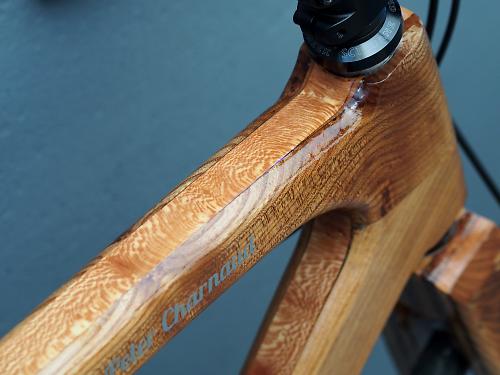 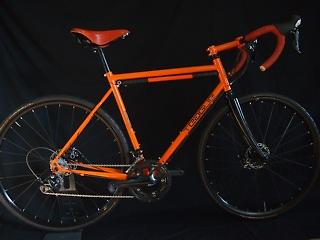 Matt Teague runs Teague Bicycles in East London and will be bringing two new bikes to the show, including a touring bicycles and a disc-equipped Portezvelo model, which has the added benefit of dismantling easily so it can be taken on flights more easily. Both bicycles are made from Columbus Spirit and Zona steel tubes and come built with Shimano 105 groupsets. 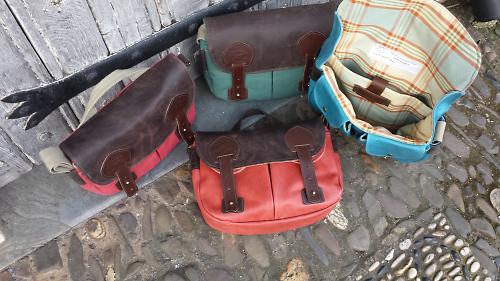 A newly established name for a long established bicycle bag maker, Derailleur England has been launched by David Blight, who in 1976 started Freedom Bikepacking. David has developed a new range of small big bags designed to fit on bicycles with small wheels, the likes of Brompton and Dahon, using the popular Klick Fit system. 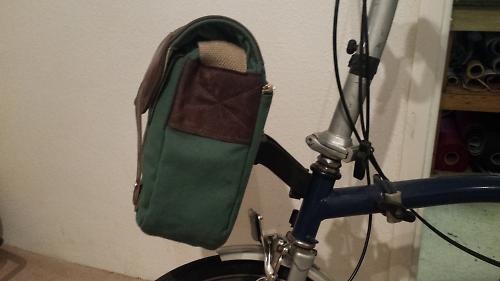 The bags are made from leather with classic styling, handmade in the Westcountry, and with some modern details. 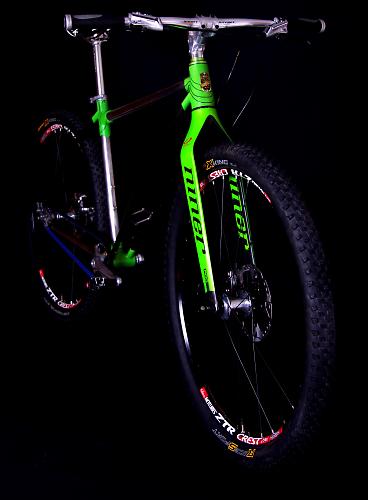 Sussex-based framebuilder Olsen Bicycles has taken inspiration from the popular South Downs Way, a 100-mile ribbon of dirt from Winchester to Eastbourne, and built a mountain bike specifically to tackle this terrain. Olsen specialise in belt-drive bicycles with a keen focus on speed and versatility, and designed to be ridden year-round in any weather. 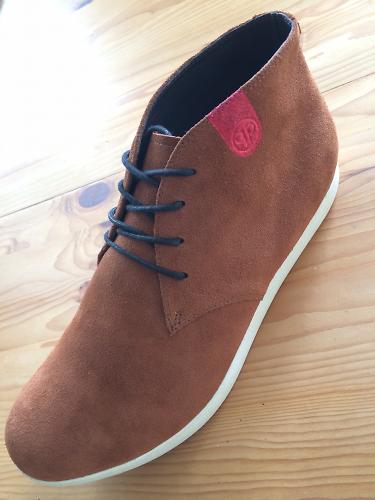 Makers of stylish touring cycle shoes, Quoc Pham will display their new Chukka shoes at Bespoked. It’s made with a suede leather upper, available in three colours, and has a sole compatible with mountain bike style SPD cleats.