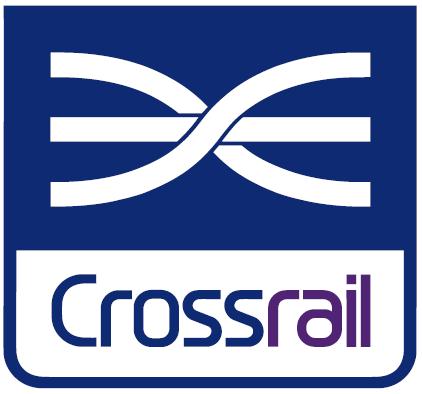 London Crossrail lorry drivers to be given cyclist awareness training

Up to 3,500 HGV drivers on major rail project to learn how to safely share roads with cyclists
by Simon_MacMichael

Some 3,500 lorry drivers who will be employed on London’s Crossrail project over the next seven years are to receive specific training on how to drive safely near cyclists in an initiative that has been developed in consultation with cycling and road safety campaign groups and which has also been backed by the haulage industry.

Delivery of the training is required as a result of a Parliamentary commitment given by Crossrail to cyclists’ organisation, the CTC and has been tailored to concentrate on the routes that its drivers will use, with the busiest junctions and other road features along routes highlighted to drivers, with the aim of “raising drivers’ awareness of the safest way to navigate junctions and roundabouts.”

Crossrail adds that drivers will also watch a film produced by Transport for London which aims “to help both cyclists and lorry drivers navigate London’s roads, and each other, safely.”

Some 74 drivers have so far completed the training, which Crossrail says is based on that provided through TfL’s Freight Operator Recognition Scheme (FORS), and drivers who participate in the scheme will be given a Crossrail ID badge that they will have to wear while driving on the project.

Although according to official statistics, there has been a 21% fall in the number of cyclists killed or seriously injured on the capital’s roads over the past decade, a period during which increasing numbers of people are cycling in London, there has been an alarming series of fatal accidents involving mostly female cyclists struck by lorries, often when the latter are turning left.

Cycling campaign groups have been pressing for lorry drivers to receive instruction on how to drive safely when cyclists are around.

Only yesterday, Tom Bogdanowicz, local campaigns director at London Cycle Campaign, told road.cc when commenting on this week’s BBC London Inside Out programme that “the really important issue on the roads is to reduce road danger from larger vehicles and this can be done by improving training for lorry drivers and ensuring that all roads are designed with vulnerable road users such as pedestrians and cyclists in mind.”

The Transport Minister, Sadiq Khan, gave his support to the initiative, saying: "Crossrail will generate tens of thousands of jobs and inject at least £20 billion into the UK economy, while boosting rail transport capacity in London by 10 per cent.”

He continued, "building Crossrail will require large quantities of materials to be brought into the capital by road. But I am committed to ensuring that this vital work has as little impact on other road users as possible.”

Mr Khan concluded: "Crossrail is the biggest construction project in Europe and I'm determined to make sure its one of the safest - for road users, workers and passengers alike."

Mayor of London, Boris Johnson, commented: “Crossrail will bring huge benefits to the capital, and this initiative encouraging lorry drivers to look out cyclists is another example of our effort to keep the impact of construction to a minimum.

"Cycling in London is getting safer but with so many new cyclists taking to the streets it is imperative that those building London's visionary new railway move around our streets with the utmost care,” he added. “As someone who regularly cycles, and hears other cyclists talk of their experiences, it is clear that every action to cut the risk from lorries should be warmly welcomed."

Crossrail Chief Executive, Rob Holden, explained that other measures were being taken as part of the project to reduce its dependency on road haulage: “Crossrail will maximise the use of the river and rail to transport excavated material and to deliver supplies to construction sites,” he said, “but there will inevitably be some journeys that need to be made by road.

"The safety of all road users, including cyclists, is of paramount importance to us which is why frequent lorry drivers working for Crossrail must complete this induction training,” he continued.

"By introducing the training well in advance of the main construction works starting, we are demonstrating our commitment to ensuring that all of Crossrail’s drivers are equipped with the skills and expertise to navigate London’s busy roads safely,” he concluded.

The Crossrail project, due to be become operational from 2017, will provide a much-needed West to East route across the capital linking Maidenhead in Berkshire to Shenfield in Essex and Abbey Wood in South East London, and includes a tunneled section through Central London, emerging at Acton Main Line to the West and Stratford and Abbey Wood in the East. Stations in Central London where major works will be needed will include Bond Street, Tottenham Court Road and Farringdon.