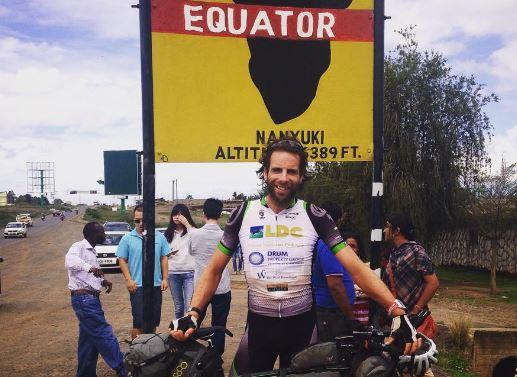 Mark Beaumont has smashed the record for riding the length of Africa from Cairo to Cape Town by 17 days.

The Scottish adventurer, former holder of the Guinness World Record for the quickest circumnavigation of the globe by bicycle, took 42 days to complete the 6,750-mile journey.

The previous record of 59 days was set by South Africa’s Keegan Longueria earlier in the year.

On the way, he had to contend with a number of problems on his bike as well as illness, and also had to fend off an attempted mugging.

In a video posted to Facebook after he completed his ride yesterday, the 32-year-old from Perthshire said: "It’s been the toughest ride of my life, by far.

“There have been some incredibly hard hours and days.

"It’s hard to describe the amount of pain you go through on a trip like that.

"I’ve thought about getting to this point hundreds and hundreds of times.

“It’s brilliant to be here,” added Beaumont, who was met at the finish by his family

His ride was in aid of the humanitarian architecture and construction charity Orkidstudio, and he got to see some of its projects on his way through Africa.

He added: "Thanks to everyone who supported the Africa Solo expedition online. The amount of people sending comments of support has been brilliant and it’s really kept me going.”

Beaumont, who had been aiming to complete the transcontinental ride in 50 days, undertook it on a Koga Solacio Disc bike equipped with a Shimano Dura-Ace Di2 groupset, Pacenti SL25 disc-specific rims and Schwalbe One tubeless 28mm tyres.