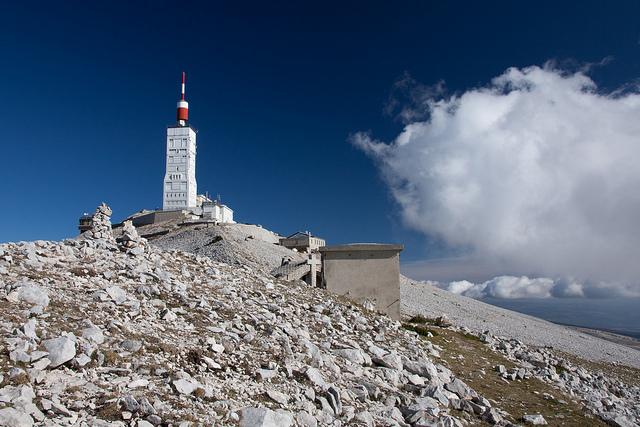 Survey: Ventoux the TdF climb Brits most want to ride - but are sportives losing their allure?

Wattbike quizzes nearly 1,400 riders ... turns out most of us enjoy a good spat between team mates too
by Simon_MacMichael

Mont Ventoux is the Tour de France climb more British cyclists want to ride than any other, but it’s Italy that has far greater appeal than its transalpine neighbour as a destination for cycling, according to a new survey from Wattbike.

The firm surveyed 1,396 British cyclists to find out their views on those issues plus others including what they considered to be the greatest Tour de France battles – Sir Bradley Wiggins vs Chris Froome coming top there – and sportives and cycling challenges.

While Ventoux is the mountain more people want to climb on their bikes than any other – 46.6 per cent versus 32.2 per cent who said Alpe d’Huez, the positions of the two ascents were reversed when it came to deciding which is the most iconic ascent of the Tour de France.

Other climbs cyclists want to tackle include the Col du Tourmalet and Col du Galibier, at 9 per cent and 8 per cent respectively, and even Yorkshire’s Holme Moss, used during last year’s Grand Départ, managed to sneak in, with 1.8 per cent of the votes.

The Wiggins versus Froome falling-out in 2012 was seen as the most iconic Tour de France moment of the past three decades, chosen by 28.7 per cent, ahead of the 1998 duel between Marco Pantani and Jan Ullrich, on 18 per cent.

Besides the Team Sky pair, internal team rivalries seem to fire the imagination – third is Greg LeMond’s tussle with Bernard Hinault in 1986, and (after LeMond’s 1989 duel with Laurent Fignon) fifth comes the battle in the 2009 Tour between the winner, Alberto Contador, and Astana team mate Lance Armstrong, riding his first Tour since retirement.

The latter would finish third, but subsequently be stripped of that result, as well as his seven successive victories in the race – indeed, 5.8 per cent of respondents chose USADA vs Armstrong as the most iconic battle in cycling during the past 30 years.

Wattbike says that six times as many people view Italy rather than France as the best place to ride their bike, but it also suggests that the popularity of sportives is on the wane – one third of people (32.4 per cent) see the events as something to be avoided while 40.6 per cent say they use them to prepare for bigger challenges.

What those challenges might be divides opinion – 29.4 per cent would most like to undertake an event on the Continent such as L’Etape du Tour, La Marmotte or a climb that features in the Tour de France or Giro d’Italia.

Almost as many – 28.6 per cent – aspire to undertake a multi-day ride, with Land’s End to John O’Groats and the Race Across America the two most popular choices among them.

Wattbike’s John Wilson said that the responses reflected one of the ways in which the sport is evolving here.

“Cycling in the UK has changed and a 100-mile sportive is no longer seen as the daunting challenge it once was,” he explained.

“While people are still riding them, the data suggests that the majority are doing so simply to train for something bigger and harder.”