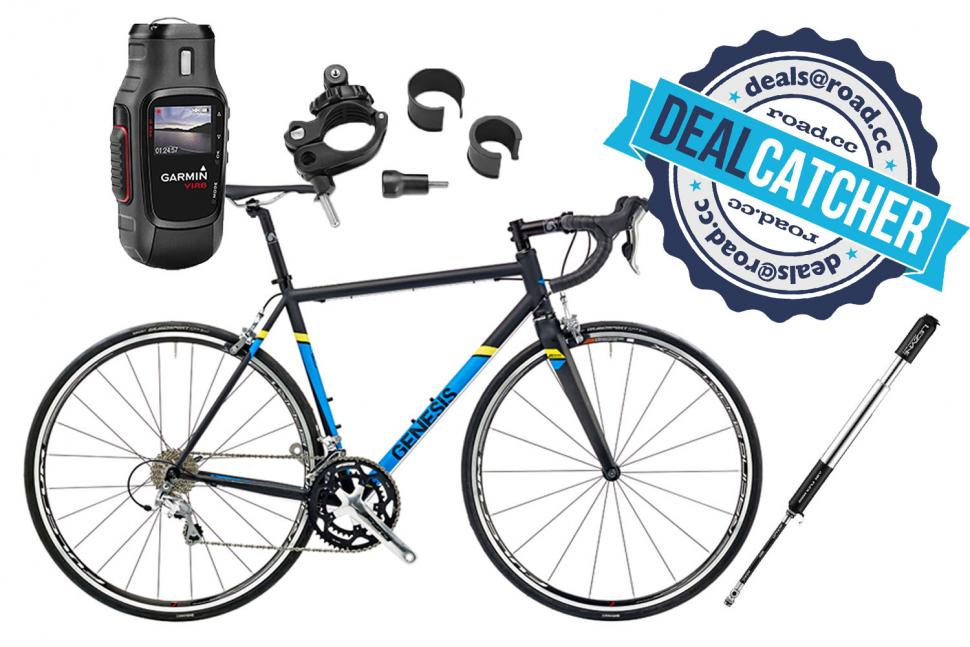 The DealCatcher has five fantastic bike bargains for you, including a Giant Defy, People's Choice Bib shorts, and more!...
by Elliot Johnston

It's not often that the DealCatcher considers ending his bargain hunt at the first real deal, but this week's search nearly ended at Wheelies.

The Swansea-based bike retailer have a gobsmacking deal on their stock of Genesis Volare 10 2015 road bikes. So if you were in the market for a £1000 road bike, get clicking and save yourself half your kitty!

A little further down, we've got some more fantastic deals, including a 20% discounted Giant Defy, a pair of Castelli bibs which you voted for as one of road.cc people's choices, a Garmin Virb camera bike bundle, and a Lezyne hand pump. 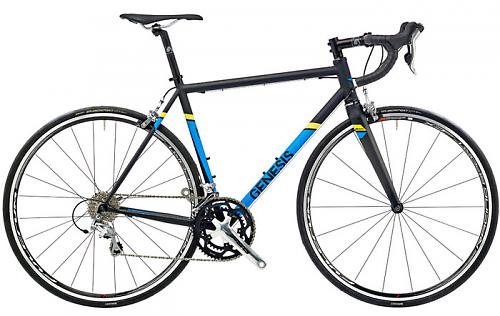 As we said at the top of the article, this DealCatcher was very nearly a one-deal edition. British bike builders Genesis's Volare 10 is their base-level racer, which - even at full price - offers a fantastic ride for your money.

At half price, you'd be hard pressed to find a better deal on a better bike. 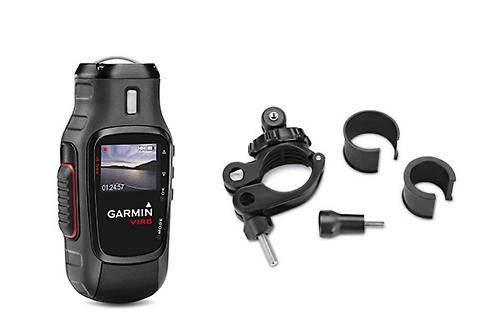 With all the peripherals to get you set up and ready to go, Hargroves have the Garmin Virb action camera on offer with a whopping 40% discount pleasingly attached to it.

Our man Dave Atkinson reviewed it, highlighting its cycling-specific functions which put it in another catagory to the vast majority of alternative action cameras. 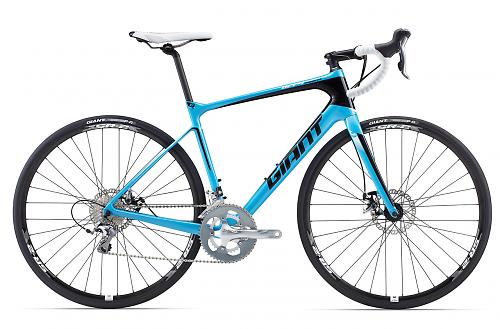 Two bikes in one DealCatcher? That's right, you've got the luxury of choice. The 20% discounted, disk-breaked Defy got our tech editor David Arthur purring when he test-rode it at a Giant event back in August last year. He had five takeaways, which you can read more about here, but we'll cover briefly below:

Our endorsement isn't needed here, because you've already got your own.

That's right, you, the road.cc readers, ranked these Castelli Velocissimo Due Bib shorts - out of all of the bib shorts in the entire world - as your fourth favourite in the road.cc Reader's Choice Awards.

Last, but not least, we've got an excellent deal on the Lezyne Pressure Drive hand pump.

If you've had many hand pumps before you'll know the pain of being sat by the side of the road pumping away for what seems like an eternity to get enough air in your tyre to get you home.

That's where the Pressure Drive part of the Lezyne Pressure Drive pump comes in handy. It's got a 20mm diameter barrell, so it'll pump way more air into your tyre per pump than a normal hand pump.