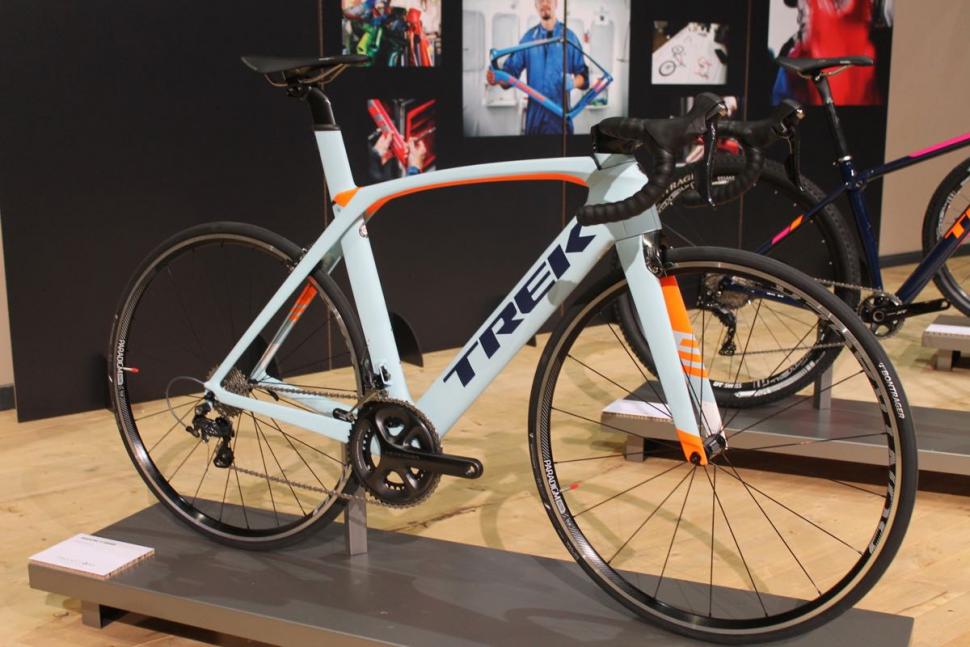 Trek has introduced new models and lowered many prices of existing bikes for 2016. We visited the brand yesterday to check them all out, so let’s go through some of the key categories.

When it comes to performance road bikes, Trek offers three different categories. Madone bikes are aimed at riders wanting aerodynamic efficiency; Domane bikes are for those who prioritise a smooth ride; Emondas are for people who want light weight.

Trek has introduced a new model in the Emonda ALR aluminium series. The Emonda ALR 4 (not pictured) is built around the same 1,050g 300 Series Alpha Aluminium frame as the existing bikes, and it has the same super-smooth welds, but it's specced with the new Shimano Tiagra groupset. It is available in either black or red and takes over as the most affordable Emonda you can buy, priced at £900. Trek has reduced loads more prices across the Emonda range. We won’t go through the lot but the Emonda S 5 looks very good value after a price cut from £1,500 to £1,300. 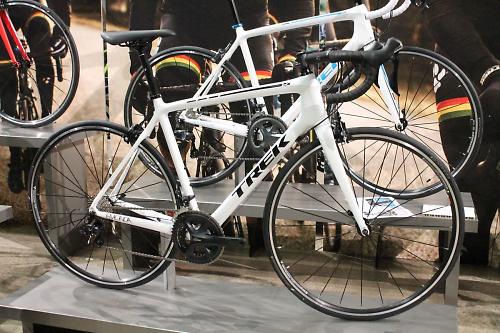 The S series Emondas have carbon-fibre frames and forks, the S 5 (above) being built up with a full Shimano 105 groupset.

The SL series Emondas are made from a higher grade of carbon and have a seatmast rather than the standard seatpost design of the S bikes. The popular 105-equipped SL 5 is now £1,800 rather than £1,900, and the SL 6 – which is built up with a full Shimano Ultegra groupset – drops from £2,300 to £2,100. This one is now available in a Tour de France leader-style yellow finish, as well as in black. 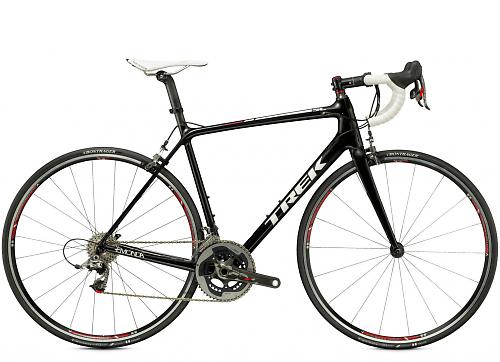 The lightest of all the Emondas are the SLRs, made from a higher grade of carbon again. Trek gives the frame weight as just 690g. The SLR also has direct mount brakes and the full carbon fork comes with an asymmetric steerer that’s designed to flex a touch to provide more comfort and control over rough surfaces. 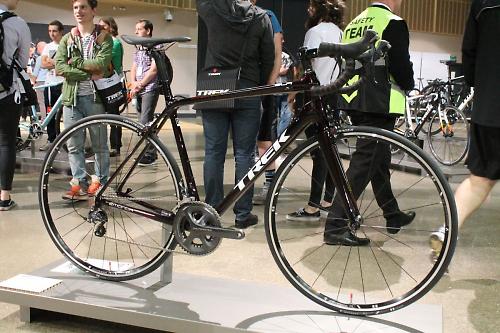 The SLR 6 (above), specced with a Shimano Ultegra groupset, stays at £4,300 but it now comes in this red smoke finish or in a matt powder blue. There’s noticeably more colour in the Trek this year, which is good news for those who have had enough of black. All of the Emonda SLRs are available in that powder blue. This (above and below) is the SLR 9 which has a mechanical Dura-Ace groupset, Bontrager's excellent Aeolus 3 wheels, and a price tag of £8,000. Ouch! 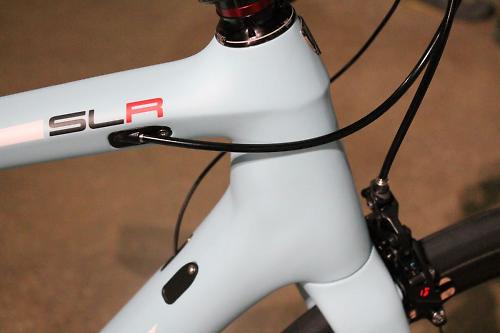 Trek launched the Domane over three years ago – doesn't time fly? – its main USP being its Isospeed Decoupler, technology that allows the seat tube to move independently of the rest of the frame in order to provide more comfort and control.

Go to our story from the launch for a refresher on how it works.

The technology has now been extended to the Madone.

Every Domane has an IsoSpeed fork that’s designed to provide more fore/aft movement up front for a smoother ride, and they’re all built to Trek’s endurance geometry – a fairly upright ride position for comfort and a long wheelbase for stability. 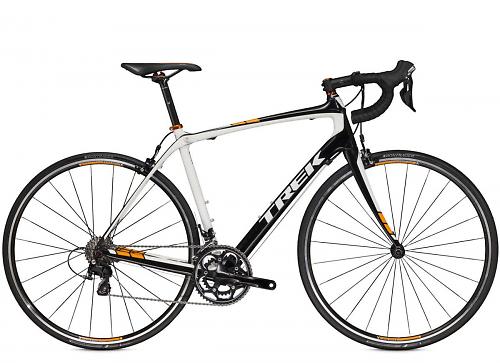 The 4 Series Domanes are built around carbon frames and the existing 4.3 (above), specced with Shimano 105, looks great value after a price reduction to £1,500.

The disc version switches from TRP Hy/Rd cable operated hydraulic brakes to Shimano RS505 hydraulic brakes. This one will be £1,900 when it arrives in the UK in November. 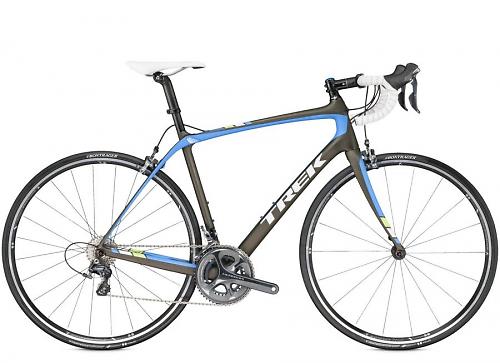 Unlike the 4 Series bikes, the 5 Series Domanes have seatmasts rather than standard seatposts, and internal cable routing. They're also made from a higher grade of carbon fibre. The 5.2 (above), with a Shimano Ultegra groupset and Bontrager Race Tubeless Ready wheels, is £2,200. As well as a safe white version, it comes in a brown bear/Waterloo blue option. 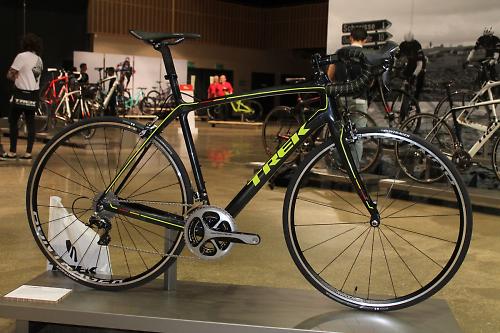 The 6.5 (above, £3,900) is a new addition to the Domane range, coming with a Shimano Dura-Ace mechanical groupset and Bontrager’s new Paradigm Elite tubless ready wheels. Like all the other Domanes, it comes with hidden mudguard mounts.

We’ve already shown you the new 9 Series Madone so check out our previous story for all the details on that one. We'll have a review on road.cc soon. 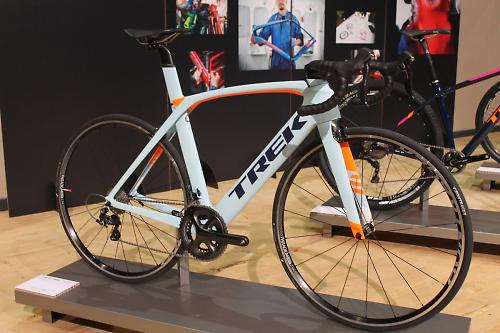 Here are just a couple of additional pics. This one is a Project One model in a bespoke finish. We think it looks pretty neat. 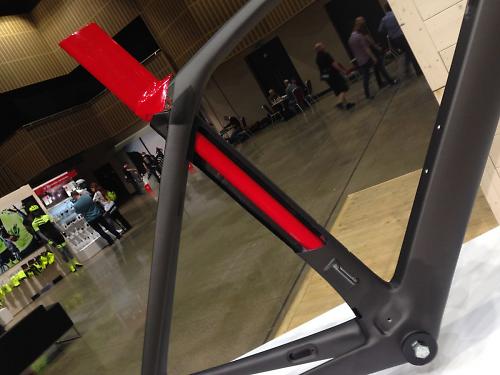 And this is a frame with a cutaway outer seat tube that allows you to see the inner seat tube (red) that’s free to flex and add comfort to the ride.

The women’s market has grown massively for Trek with a 14% increase in sales of its WSD (Women’s Specific Design) models over the past year. Trek also believes there has been an increase in the number of women buying smaller sized standard geometry bikes. 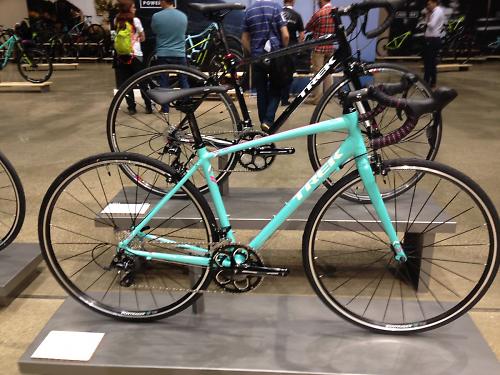 The aluminium Lexa S (£650), equipped with a Shimano Sora 9-speed drivetrain, remains at £650 but it’s now available in this Miami Green Pearl finish (above). 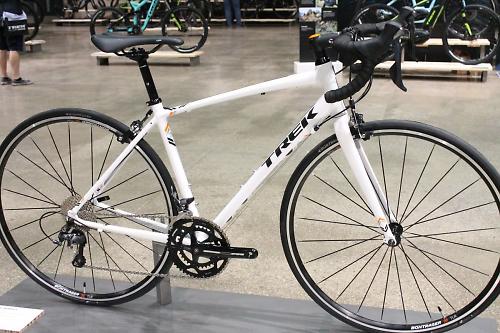 The Lexa SL (above) stays at £750 but it gets the new Shimano Tiagra groupset.

The Lexa SLX (not pictured) is a very different bike in that it’s made from a higher grade of aluminium and features an IsoSpeed Decoupler to add comfort (see above). A tapered head tube and oversized BB86.5 bottom bracket are designed to add stiffness. Built up with Shimano 105 kit, it’s price has now come down to £1,000. That looks like a steal to us.

The Silque bikes use the same IsoSpeed Decoupler as the Domane, but they’re built to a WSD geometry. The Silque SL (above), in an existing colour that carries through, has a 400 Series OCLV Carbon frame with a tapered head tube and an oversized bottom bracket – both key features of performance frames these days – along with hidden mudguard mounts for added practicality. Your £2,200 gets you a Shimano Ultegra mechanical build.

The same bike is now available in a new Ultegra Di2 version for £3,000. The Silque SSL (above) has come way down in price to £3,800. Trek have downgraded the wheels from Bontrager Race X Lites to Bontrager Lites, but you’re still getting much better value now.

Trek is dropping many prices on its Boone and Crockett cyclocross bikes too. The existing top-end Boone 9 Disc, for example, was £3,700 but it’s now £3,200. 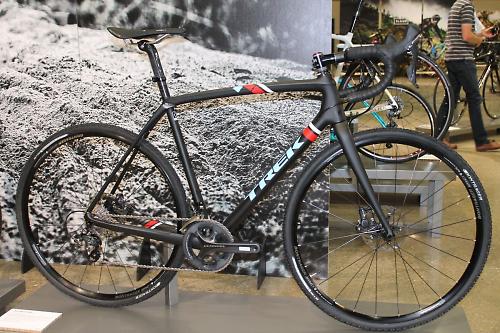 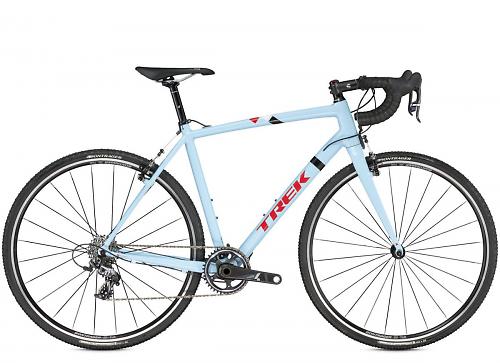 For more details on the cyclocross range (with the old prices), go to our story from earlier in the year.